The vast forest and fields around Berlin have had a long military history. The Döberitzer Heide (also known as Dallgow Döberitz), just on the border to the West of Berlin saw its first large scale military maneuvers in 1753. This development continued through the first world war with the installation of an Aviation School in 1910.

By the mid 1930s, the Nazis began training stationing and training their troops in the Döberitzer Heide, including the infamous Legion Condor which set off to fight in the Spanish Civil war. The Soviets moved in by 1947 and ended up stationing missiles and 20,000 troops in the area. Despite being turned into a nature reserve, the remnants of the Soviets are visible to this day (such as this abandoned Tram). But it’s also still possible to find a tragic relic dating back to the first World War – The White Maria (Weiße Maria).

Truppenübungsplatz Döberitz and the origins of the White Maria

While the first military use of the Döberitzer Heide dates back to 1713, it wasn’t until 1894 when the 3/4 of the wooded area was cut down for more “advanced” military use. This was done with the intention to simulate steppe- and desert-like geographies that the Kaisers troops would encounter in the colonies abroad.

The Military Headquarters, which up until then were located in Spandau, were moved permanently out into Döberitz by 1895. The Truppenübungsplatz Döberitz was expanded in 1901 with the addition of a Luftschifferbataillon – the first proper German military balloon unit. By 1910, the Flugplatz Döberitz was established, which played a pivotal role in the military development of German Luftwaffe. The Truppenübungsplatz became even more important when the Nazis built the now abandoned Löwen Adler Kaserne there in 1936 – which would ironically serve as the base for over 20,000 soviet soldiers by 1992.

It was here were the first German aces were trained, among them the Fliegerbataillion Nr. 1, under which the fighter ace Manfred von Richthofen (The Red Baron) was trained. It’s worth noting that the world’s first flight simulator was developed and used here, but it was destroyed by the allied control council in 1918.

When the first World War broke out in 1914, a provisional prisoner of war camp was established on the western side of the parade ground. Either because it got too small, or for some other logistical reason, the initial camp was replaced by two new prisoner of war camps in the villages of Rohrbeck and Dyrotz.

At its peak in 1918, the camps held over 30,000 prisoners from seven different nations. Not all of these prisoners would survive their internment, and this is where the White Maria (Weiße Maria) makes it appearance.

The cemetery of the prisoner of war camp of the Truppenübungsplatz Döberitz was established relatively early in the year 1914 close to the village of Rohrbeck. By 1917, a French prisoner of war (most likely a sculptor before his life as a soldier) created a monument of a grieving woman, dedicated to the fallen comrades who were resting in the earth below. 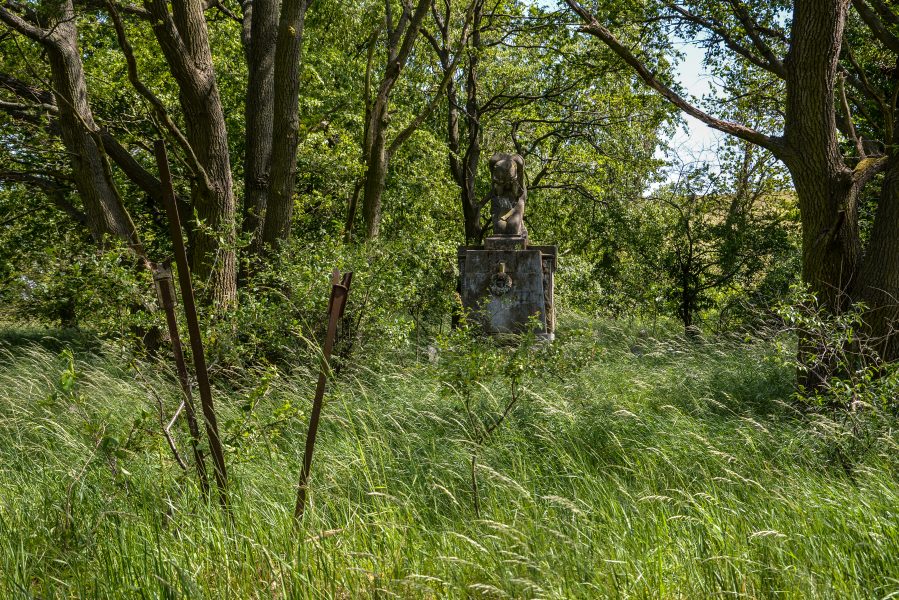 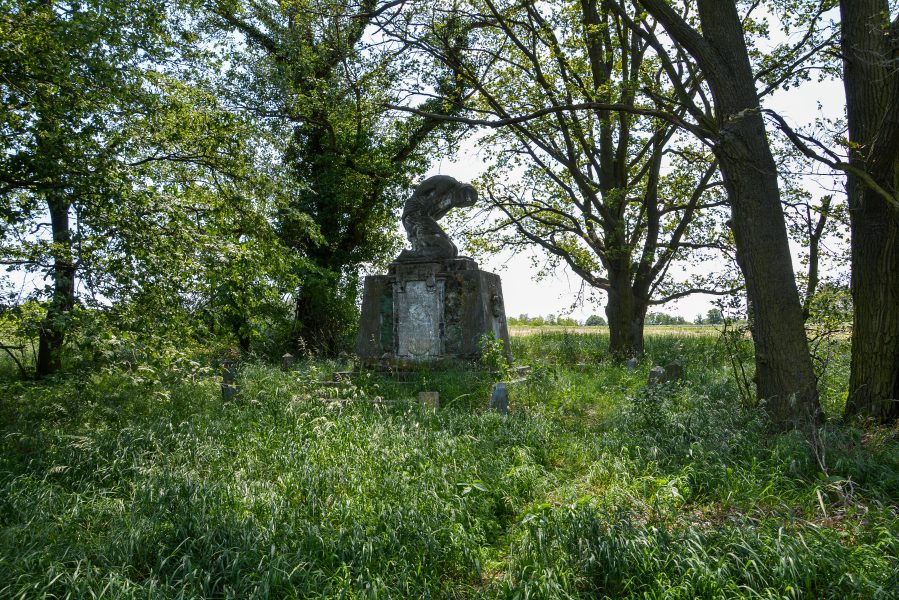 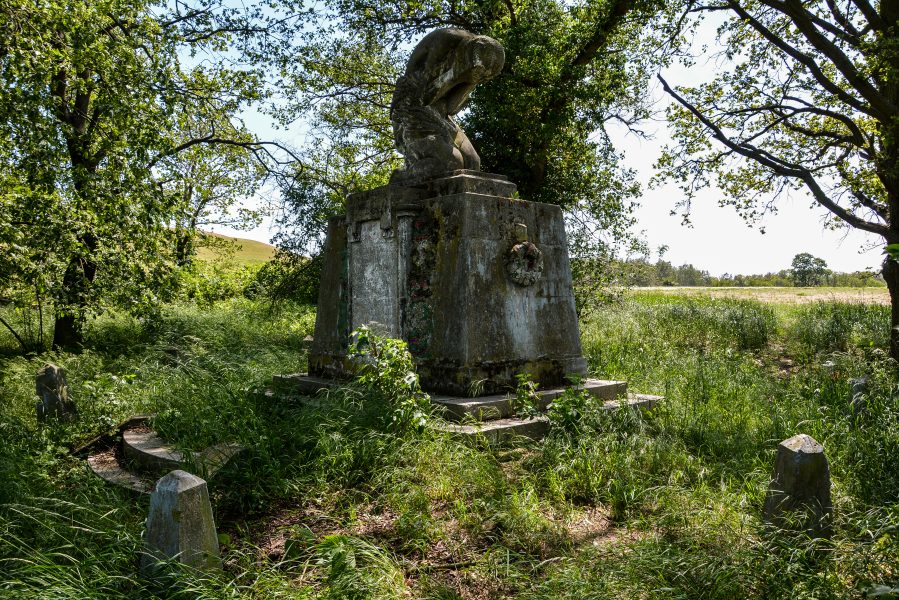 The statue of the white Maria was of course not just a world war one monument, it also marked the location of the prisoner of war cemetery. Between 1914 and 1918, it’s been documented that 305 people were buried there: 186 Russians, 53 French, 38 English, 25 Italians and three Romanians. 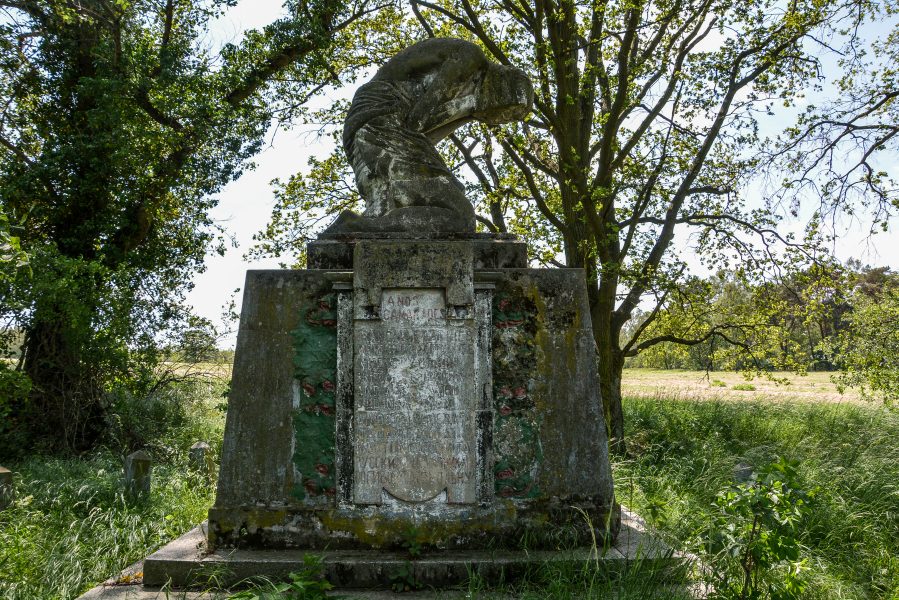 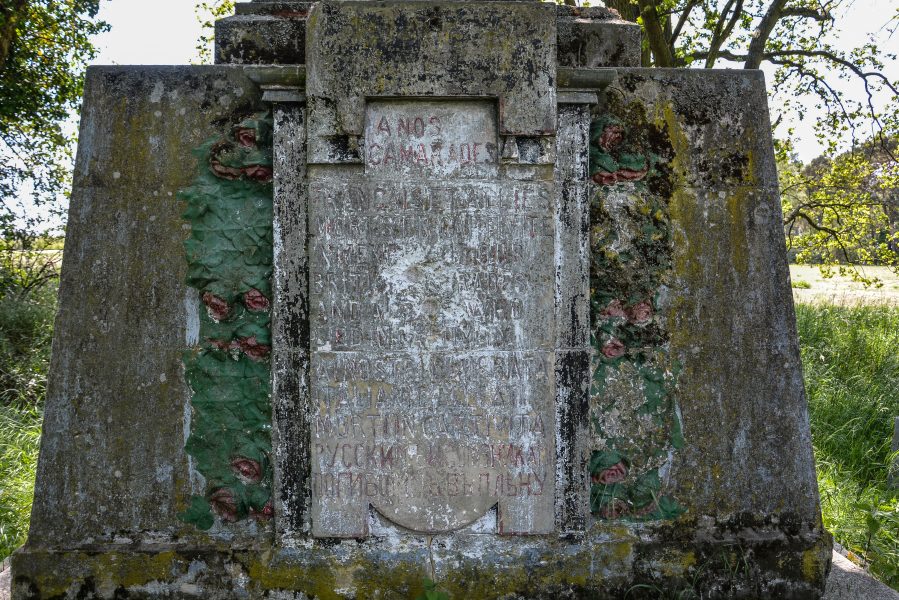 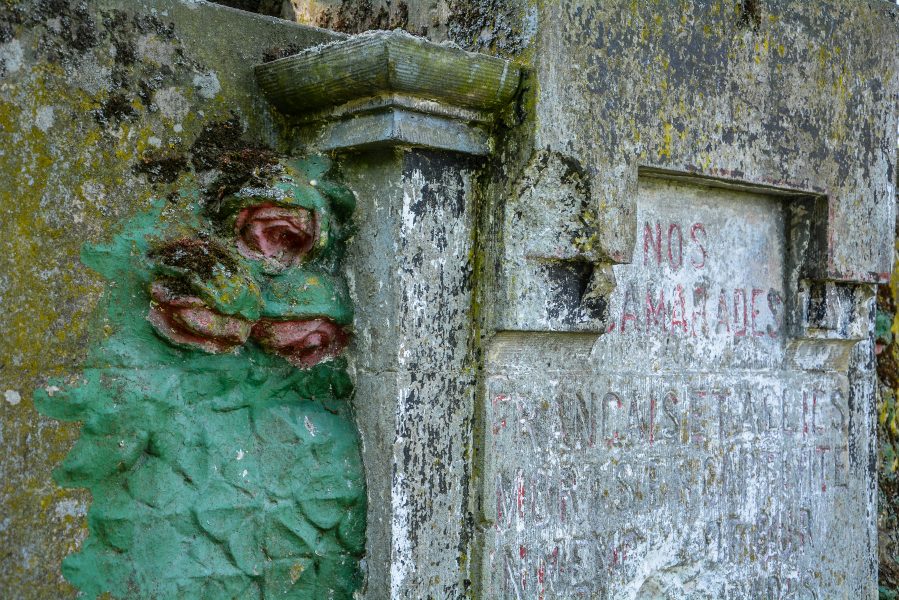 The base of the monument has two plaques with inscriptions.
One side has inscriptions in four languages all saying the same thing:

English: In memory of our british comrades and allies who died in captivity

The other side has a longer Latin text which reads:

Which translates into English:
To those [men] who in harsh exile fell dead [fell dead in battle?] before they will have reached [literally “touched’] the ineffable joys of return, [their] friends have left this monument to their devotion as a testimony for their eternal remembrance.*


*A massive thank you to William Strohmacher for the latin translation 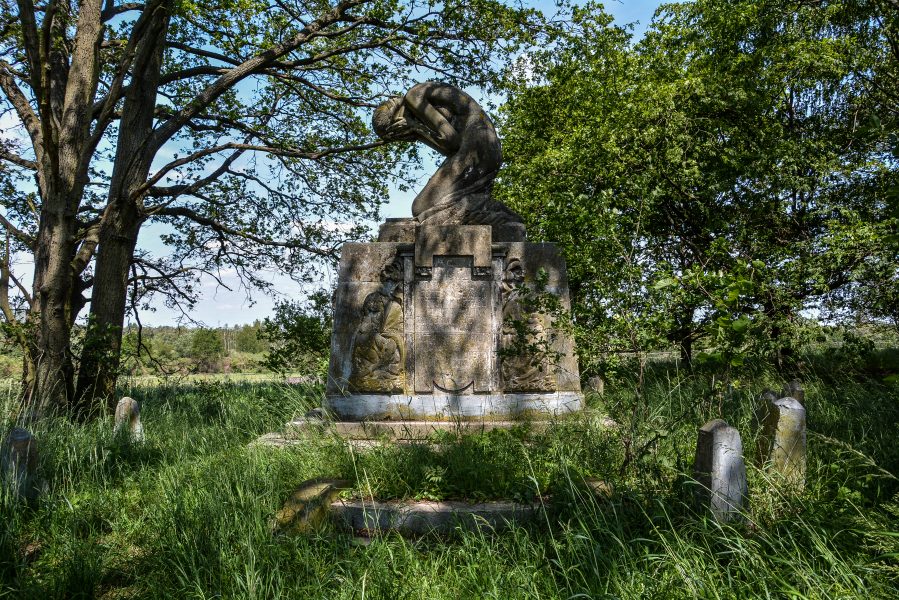 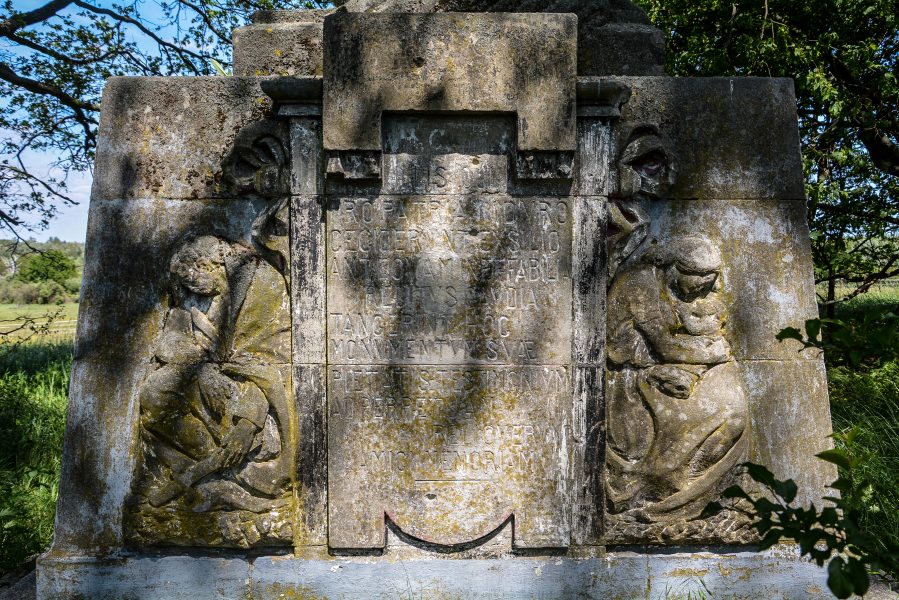 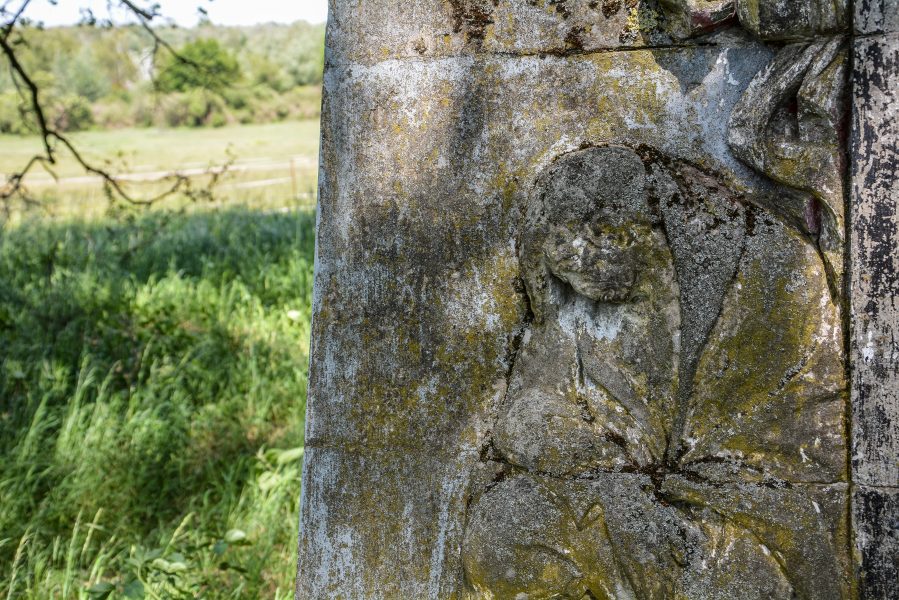 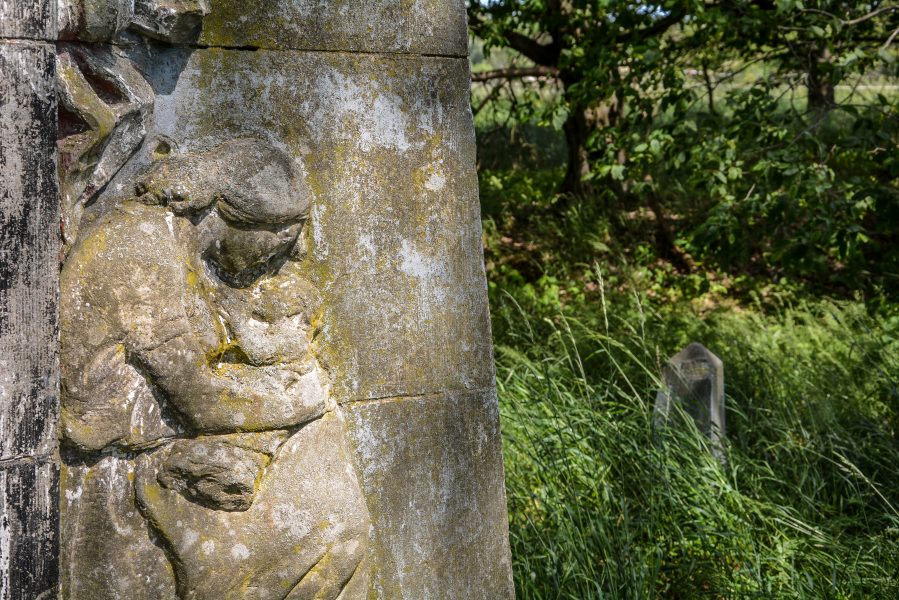 The 3 Romanians sadly didn’t get their own inscription. While the name of the French sculptor seems to have been lost over the years, one can still roughly date the monument to pre-1917 as the Russian Cyrillic inscription still uses several letters such as ѣ (yat) which were abolished shortly after the 1917 revolution and the Russian orthography reform.

Whats left of the Weiße Maria in Rohrbeck

After Germany had surrendered in 1918, the French, English and Italian bodies were exhumed and laid to rest in their respective countries. As for the Russians – the Soviet authorities refused to repatriate their war dead citing in 1919 that they were czarist and not revolutionary soldiers. The three Romanian soldiers were seemingly forgotten by their country and left behind as well. To this day, their bodies rest in the Brandenburg soil. 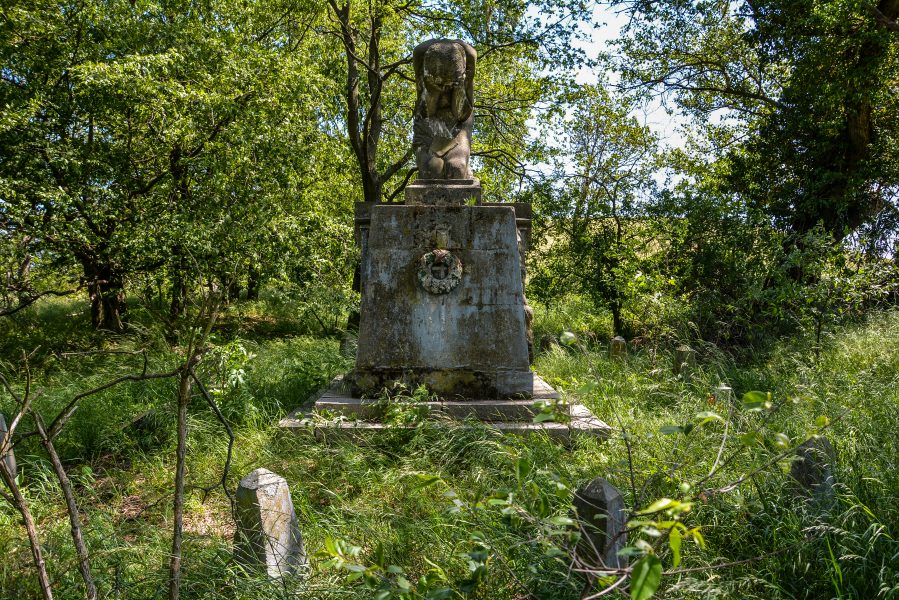 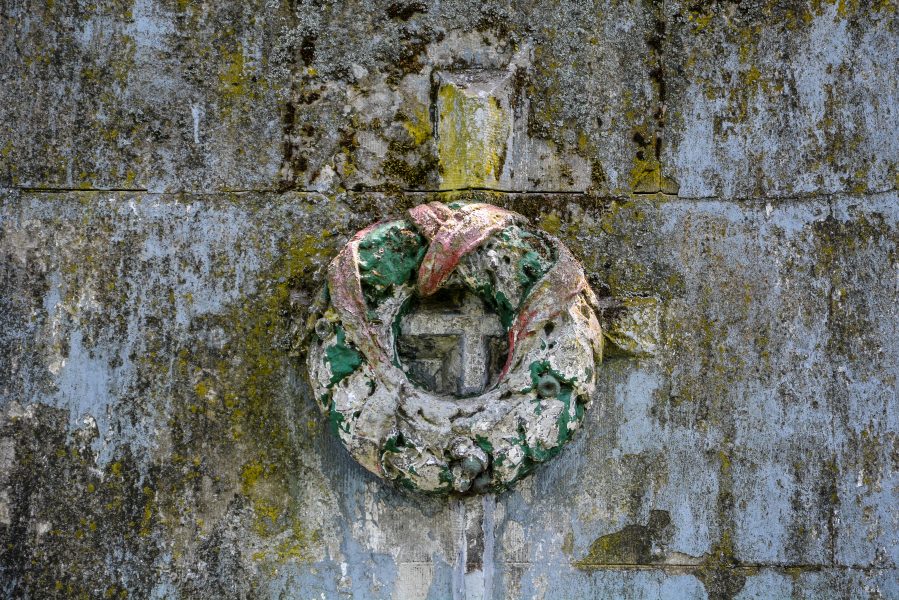 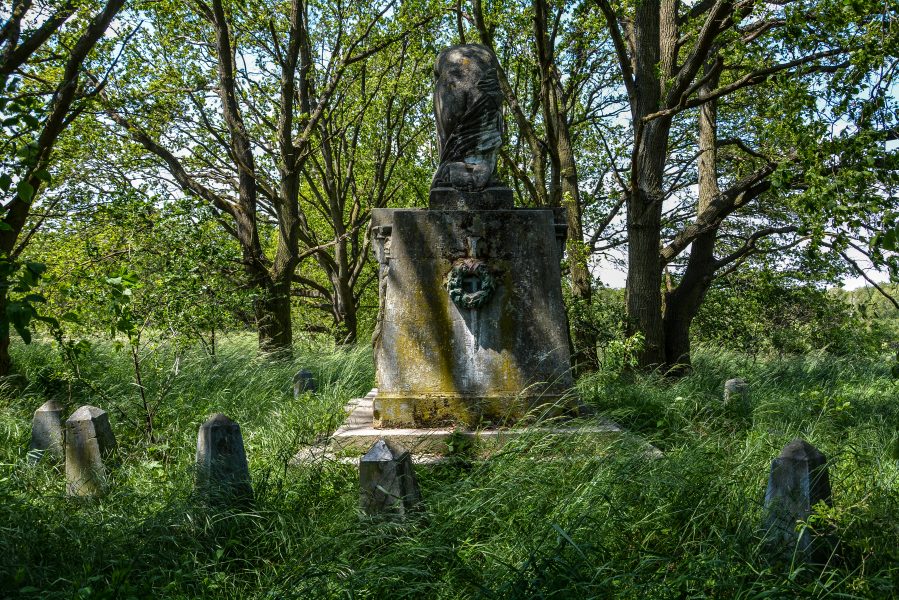 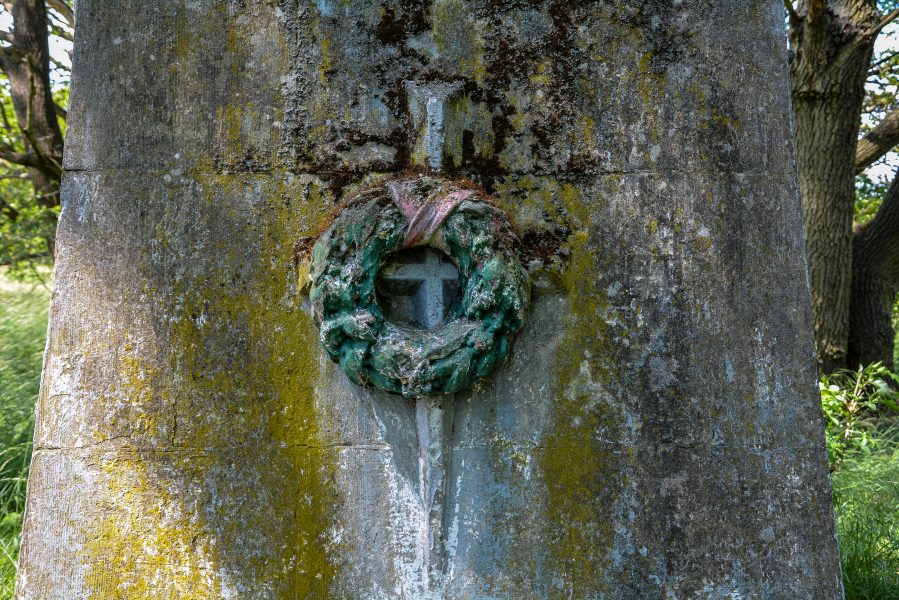 What was left of the cemetery by the 1920’s was given up and abandoned. Solely the White Maria stood the test of time. A hundred years have passed since and considering everything, the World War 1 monument is still in respectable shape. The base of White Maria has managed to still retain some its original green and red, most noticeably around the roses – but the mourning woman has lost her white patina – along with her pony tail – over time.

Sadly, this historic monument isn’t actually listed as a protected monument despite the local community having great interest in preserving it. The main issue at this point is that the war memorial currently sits on a small patch of private land with no direct public access to it. There’s a large ditch which the Germans dug to try and stop the soviet advance to Berlin which currently divides the road and the monument – and it seems like the land owner has no intention of literally bridging the gap. 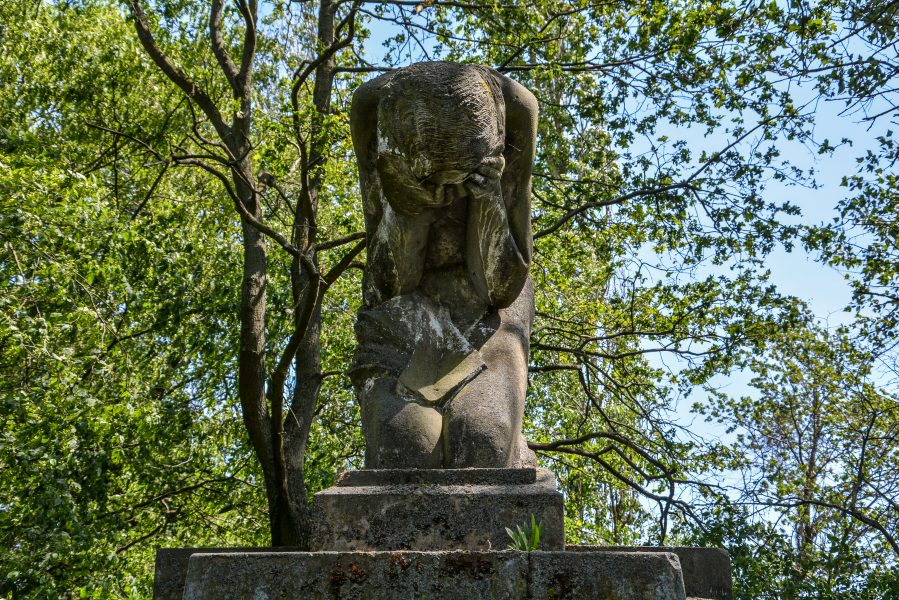 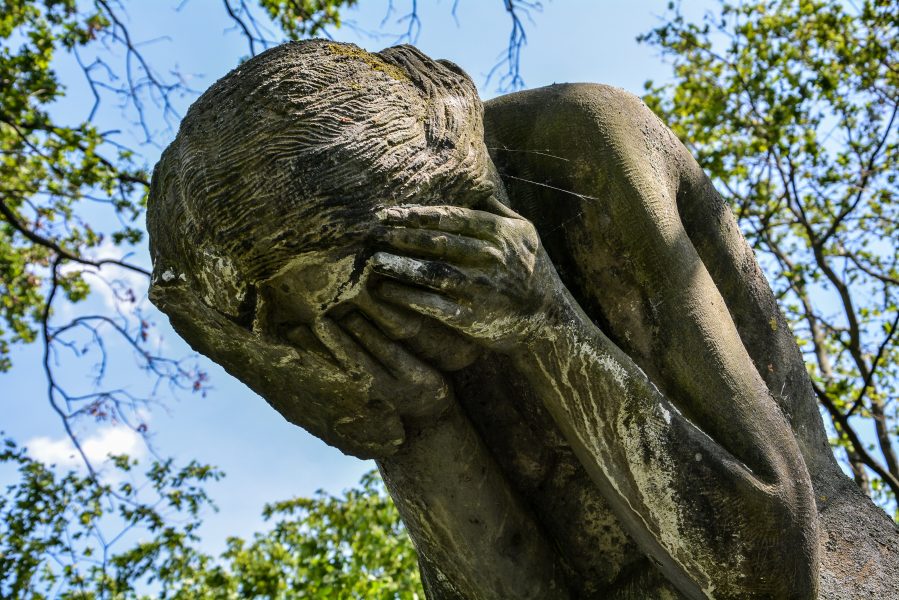 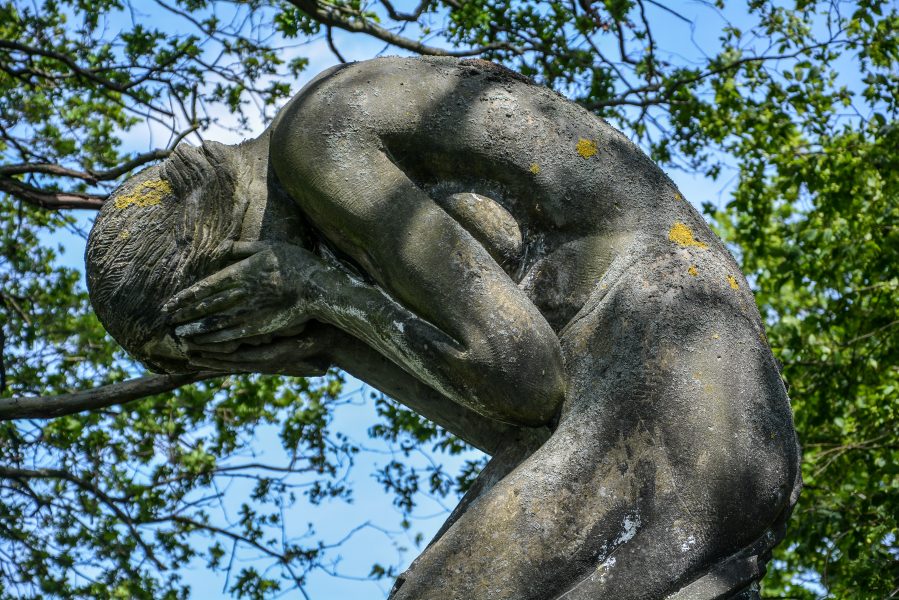 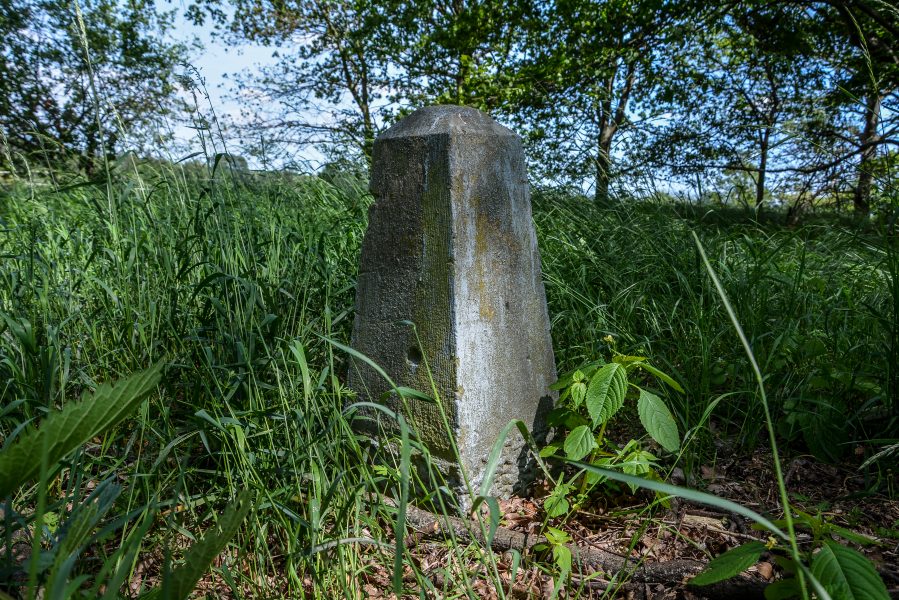 Hopefully an amicable solution will be found so that the White Maria can be preserved and the bodies still resting in the soil can find their peace.

Where can you find the Weiße Maria in Rohrbeck

Getting to the Weiße Maria in Rohrbeck is a little bit tricky. Rohrbeck is situated directly between Elstal (where you can also find the once abandoned Rangierbahnhof Wustermark)- which some might know due it being home of the not so abandoned 1936 Olympic Village and Dallgow-Döberitz. If you are taking public transport/ a bike, you can take the train to either Elstal or Dallgow and bike it to Rohrbeck.

There’s a very scenic country road which is quite popular among cyclists. When you reach the Galgenberg (literally Gallows-Hill, a former trash dump which apparently is littered with soviet munitions) there are several smaller nature paths which take you close to the Weiße Maria. You can bike up to the monument if you find the right path, but it’s also just a short walk from the “main” country road.