The year 2019 marks 58 years since the construction, and 30 years since the fall of the Berlin wall. The 160km long wall ploughed its way through and around the capital – giving residents of the western sector only 14 bordering crossings to leave into and/or through the east. You never know what you’ll find when you wander into Berlins side streets and hidden courtyards. Prenzlauer Berg – despite its label of being über-gentrified – still has a plethora of surprising finds, but you wouldn’t expect to find a recycled East German Border checkpoint next to a converted 1920s electrical substation.

Before delving into how and what exactly landed in this East Berlin courtyard, it’s worth quickly covering the large factory that stands in the middle. The factory – actually an electrical substation was designed by the architect Hans Heinrich Müller (Born in 1879 in Grätz, died 1951 in Berlin). While Müller might not be as well-known as other architects from that time period (such as Walter Gropius or Mies van der Rohe) – he did leave a lasting architectural legacy in Berlin, which is slowly being recognized. 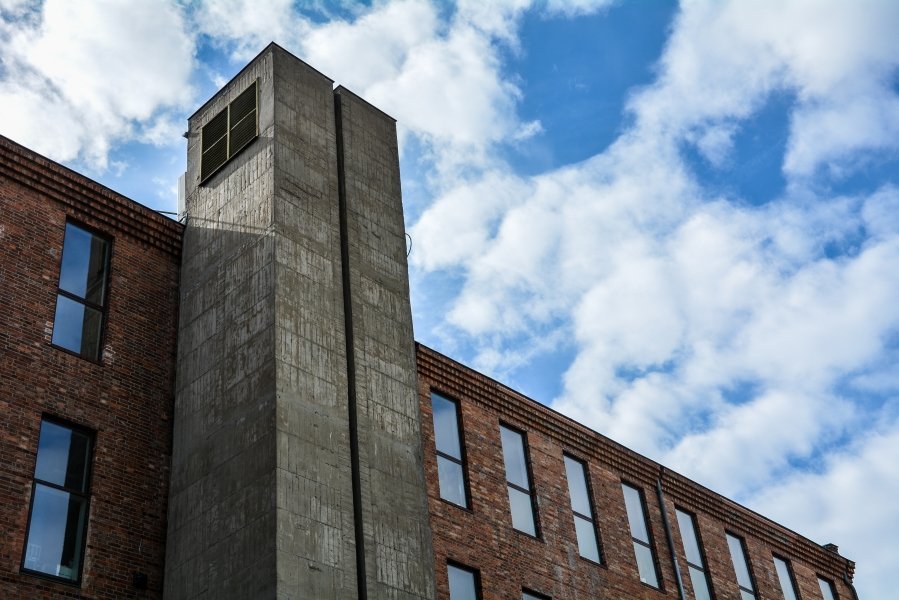 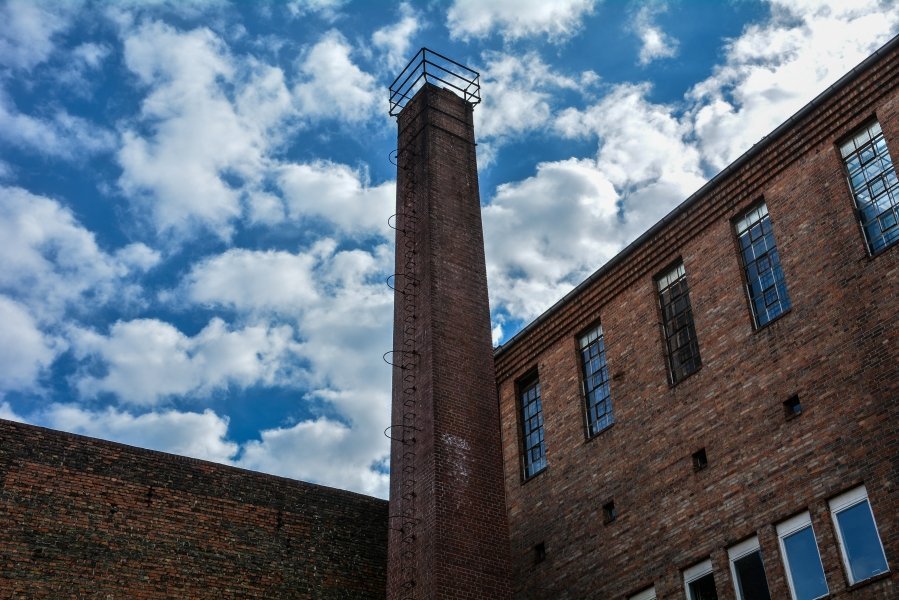 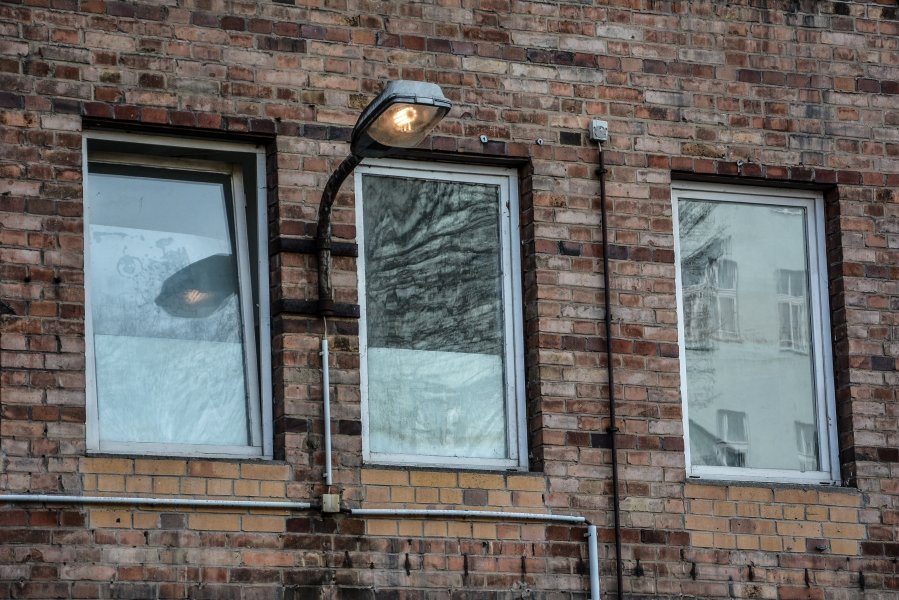 While Müller designed schools and residential buildings – he is most known for his work as the head of construction for the BEWAG (Berlin Electricity Works). Müllers designed dozens of Electrical Power Plants and Substations such as the “Cathedral of Electricity” in Kreuzberg, the Kraftwerk Rummelsburg and the Umspannwerk Buchhändlerhof, more commonly known as the former techno club E-Werk.

His work was a mixture of expressive modernism and brick gothic, stark facades contrasted with subtle roof finishes, abstract pillared fronts with pointed arches, gateways and towers. His designs were strongly inspired by the Marienburg – the castle of the Teutonic order in what is now called Malbrok in Poland.

Hidden in the inner courtyard of quaint Prenzlauer Berg street, the Umspannwerk Marienburg as it was formerly known, was built in 1928 as an electric substation. It survived the second world war undamaged and was in active use right up until the early 1990s when it was decommissioned. Oddly enough, many of East Germany powerplants and substations were decomisioned shortly after the German reunification – just like all its nuclear powerplants, like the Kernkraftwerk Greifswald. One can only wonder why. The buildings were renovated and repurposed by a media group and now houses offices and multiple printing companies. 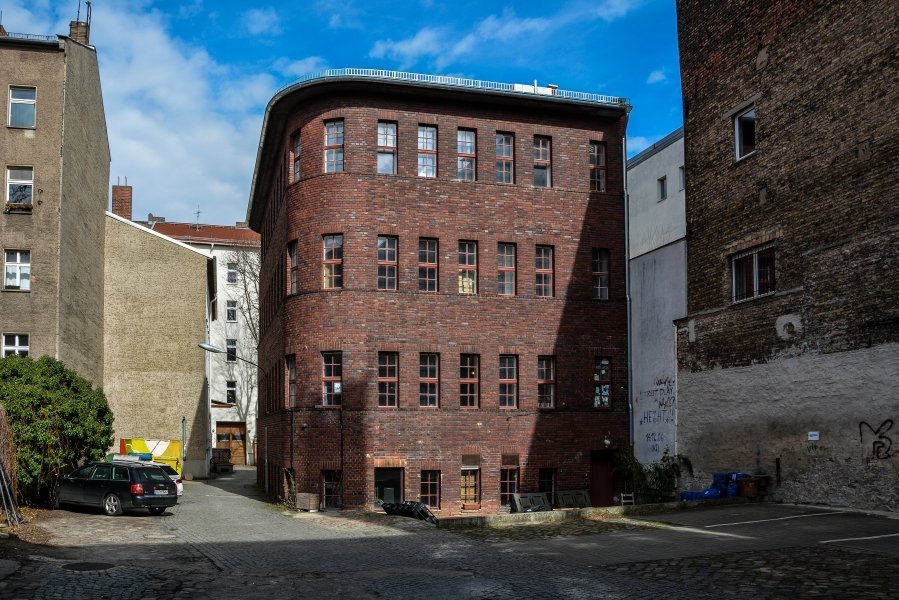 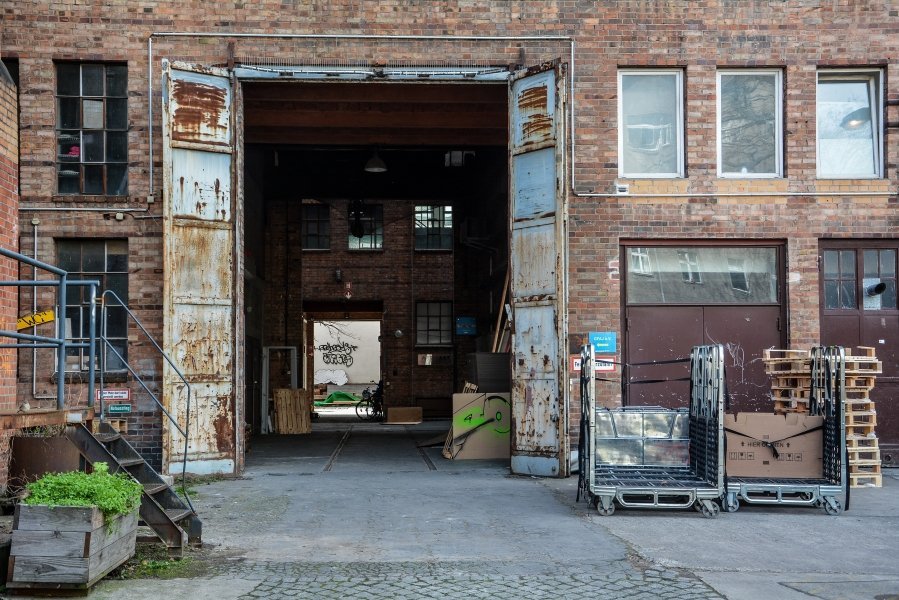 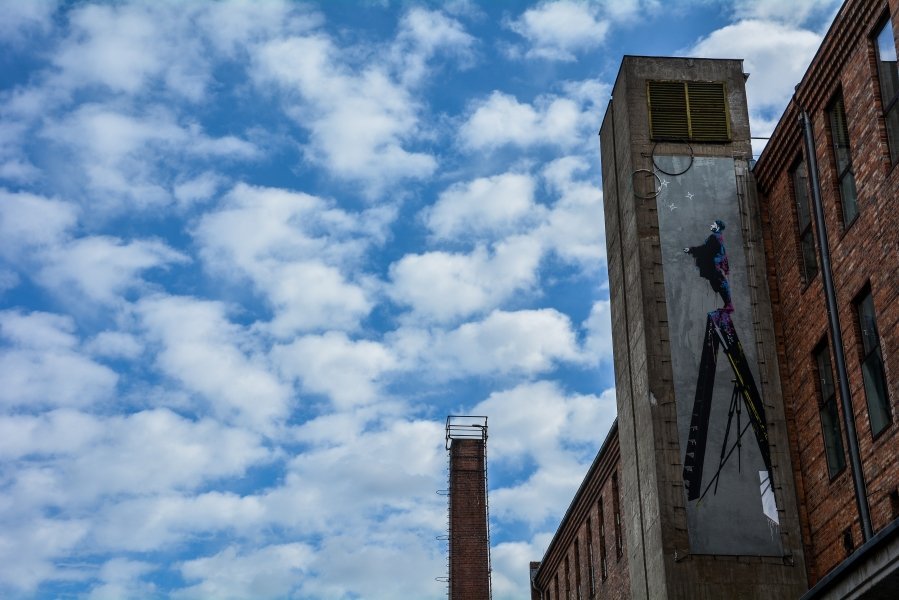 If you can manage to avert your eyes from the impressive brick building and surrounding street art, you’ll notice a somewhat grubby looking car port. And its exactly this car port which should excite cold war history enthusiasts – because what you’re looking at is a…. Car Port. But not just any Car Port. This grubby, wavy, plastic looking thing is one of the few remaining original pieces of the Border checkpoint Bornholmer Straße.

The „Grenzübergangsstelle Bornholmer Straße“- like most border crossings between East and West Berlin dates back to the year 1961, with the construction of the Berlin Wall. The checkpoint allowed a theoretical passage way for people from the Soviet Sector into the French Sector and vice versa. The actual border between East and West Berlin (and theoretically between East Germany and West Germany) wasn’t the bridge itself, but the railway tracks of the S-Bahn underneath. With the creation of the Berlin wall, the S-Bahn lines were cut off at the Bornholmer Straße, creating dozens of abandoned ghost stations. 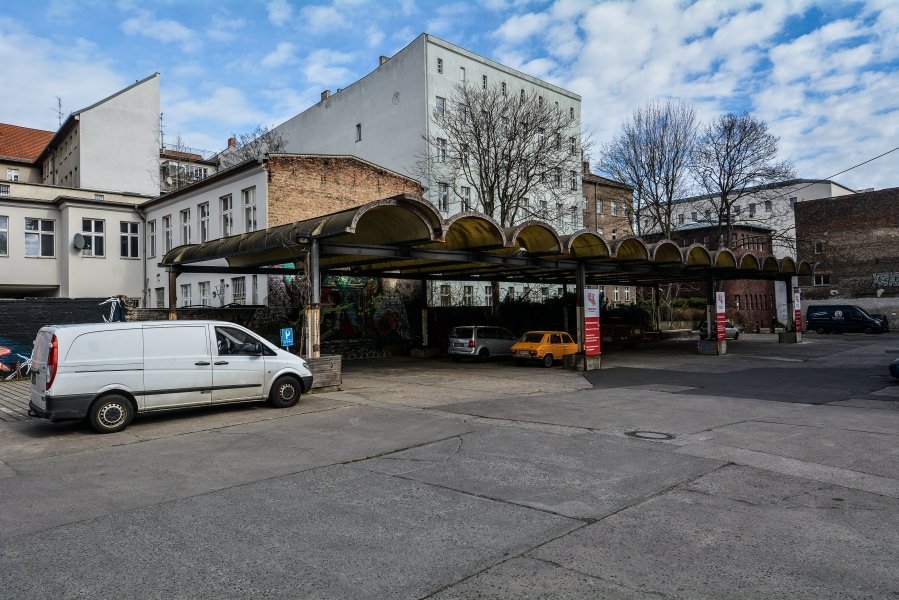 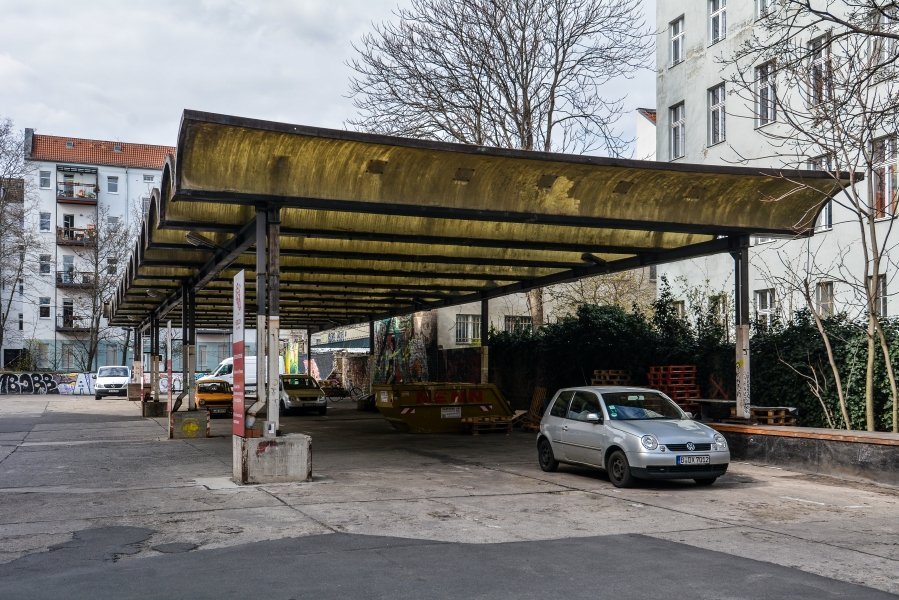 One could say Bornholmer Border Crossing played a pivotal role in the events leading to the fall of the wall. On the 9th of November 1989, Günter Schabowski, the Secretary of Information (the government spokesman) gave a somewhat confusing press conference in which he erroneously announced the removal of the border controls between east and west Germany.

After the announcement was made, thousands of east Germans flooded to the Border Checkpoint Bornholmer Straße demanding that they be let through. The guards, unsure what they should do, eventually gave way to the masses. The Grenzübergang Bornholmer Straße had become the first hole in the wall that day, letting roughly 20,000 people flow freely and unchecked into the west. Later that evening, similar scenes had broken out at the other east German border crossings.

The Germans were quick to remove the wall and border checkpoints in 1990. The Border checkpoint Bornholmer Straße was dismantled and the material that had any value was sold off. There are fewer original sections of the Berlin Wall left today than one would imagine, and there are only a hand full of East German Guard Towers left in Berlin.

In the early 90s, The BEWAG (the Berlin Electricity Company mentioned above) managed to buy the wavy roof that once protected the border guards and cars as they were being thoroughly checked before crossing into the east (or west) and installed it as a car port in the courtyard of the Umspannwerk in the Marienburger Straße. And that’s where it’s been ever since. 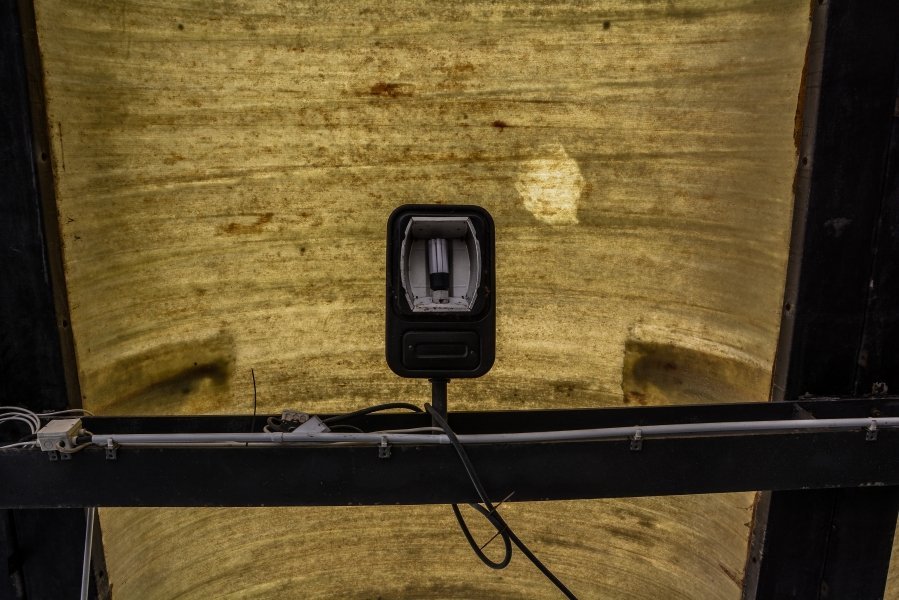 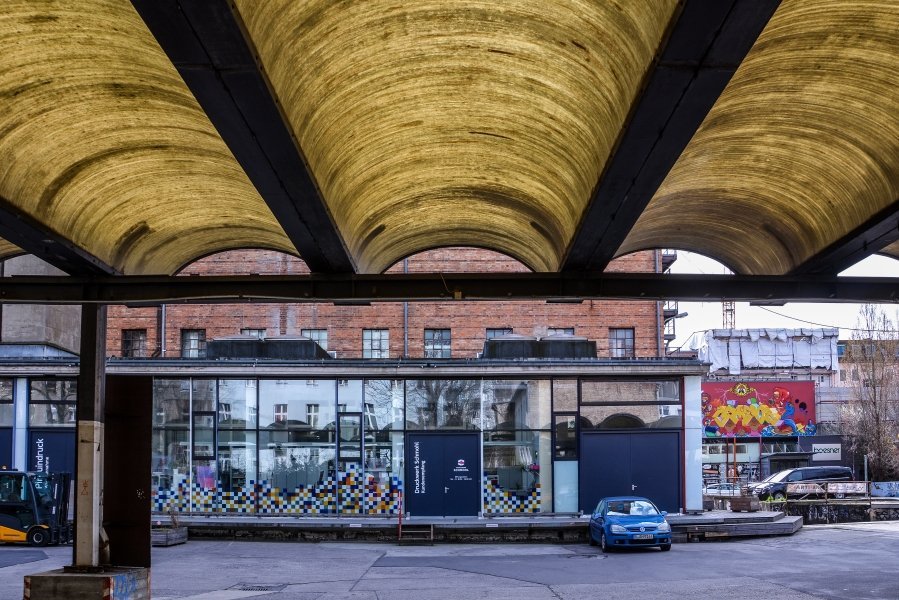 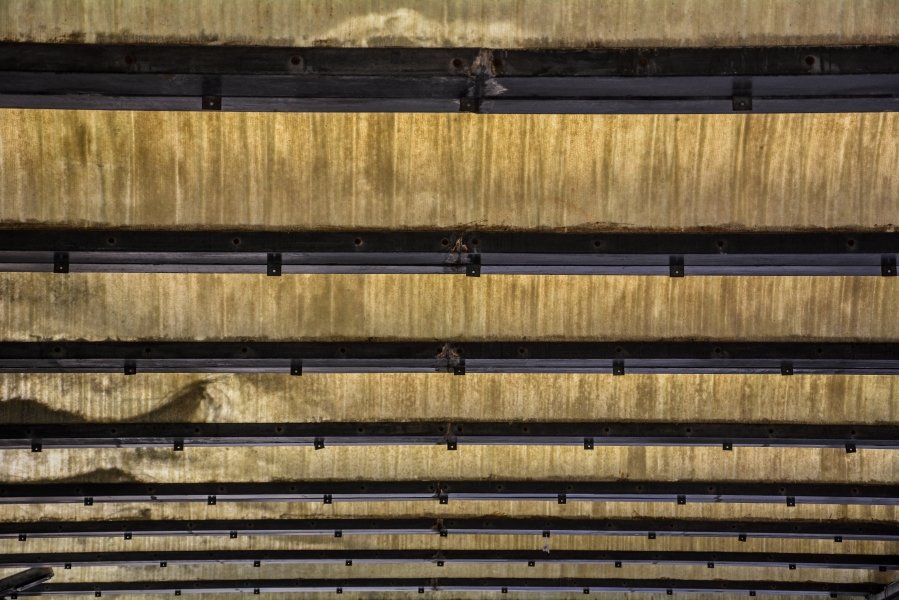 Any love left for a former Checkpoint Roof?

The former checkpoint was torn down, a used car dealer set up shop on the plot, and was then forced out after a supermarket decided to make its home there. The east German border roof is now one of the few remaining original pieces of a very important event in German history (not every checkpoint that you see is real – checkpoint Charlie being the best example -> hint: it’s a replica of the original). In 2012, the current owners of the roof tried selling it on eBay as the land it’s sitting on was supposed to be used for a new building – but that apparently never came to be.

The Roof remained unsold, and the proposed building never got built. The 35-meter-long and 5-meter-high “elaste” (east German way of saying plastic) roof continues to protect cars, bicycles and the odd shipment of paper from the elements. Who knows for how long though as Prenzlauer Berg is a hot development commodity. What might have been the last original DDR Kaufhalle in Prenzlauer Berg – right next to the roof of the Bornholmer Checkpoint is currently being torn down to make way for a gigantic new luxury building – so it wouldn’t be a surprise if the roof would end up moving once more.