When the KZ Sachsenhausen was constructed in 1936, it was intended to be used as a blueprint for other concentration camps, both in its design and management. Just outside of its triangular walls, an SS-Truppenlager was established (along with the SS communications bunker Karo-Ass and a SS Dog School – the Flugplatz Oranienburg and the Versuchsstelle für Höhenflüge were set up 2 years earlier in 1935, as was the SS Schießstand) to house and train the SS-Totenkopfverbände, the Death’s Head Units which were responsible for administering the Nazi concentration camps.

Origins of the SS Hundertschaftsgebäude in Oranienburg

On the northeastern edge of the barracks, next to the KZ Sachsenhausen and the abandoned SS Bath and Boiler house, lie the empty and rotting Hundertschaftsgebäude of the SS. The term Hundertschaft denotes a military or police group with approximately one hundred members – much like the Latin term Centuria.

With the expansion of the SS-Truppenlager in 1937, which saw the addition of the Bath House (in 1938), four, two story “Hundertschaftsgebäude” (literally hundred men house) as well as four single story barracks on each side were constructed to house the increased recruit numbers. The newly constructed SS Barracks (modeled after the barracks at the Concentration Camp in Buchenwald) were more show than substance as they were made of wood and only gave the outward illusion of being made of concrete or stone.

The SS – Hundertschaftsgebäude were built with the Heimatschutzstil in mind – an architectural movement which began in 1904 and reached its peak in 1945. The aim of the Heimatschutzstils was the development of historicism with traditional, regional-typical designs, using local materials (i.e. Bricks in the north of Germany, Wood in the alpine areas). Newly built buildings should seamlessly integrate into the older city landscape, while renouncing ornamental attributes that faithfully imitate older architectural styles.

The Sachsenhausen concentration camp was liberated on the 22nd of April 1945, but was repurposed from August 1945 onwards as the Special Camp No. 7 by the Soviets to intern Nazi functionaries, political prisoners and inmates sentenced by Soviet Military Tribunals. The area was put under soviet military control and the Red Army continued to use the infrastructure left behind by the Nazis including the SS barracks.

The Soviets handed over the area to the East German Government – which turned the main Concentration Camp grounds into a memorial – but continued to use the existing Nazi infrastructure. The SS barracks now housed NVA units as well the Kasernierte Volkspolizei, right up until the German reunification. After the reunification, the Bundeswehr briefly took over ownership of the property before handing it over to the state which converted part of the barracks into a Polytechnic Institute for the Police.

One of the SS Hundertschaftsgebäude was torn down, as well as 7 of the single story barracks though it is unclear if this happened before or after the reunification. The three buildings have been left to rot ever since.

In 1993, the city of Oranienburg called for plans to turn the area into a memorial, and Daniel Liebeskind – the architect who designed the Jewish Museum in Berlin was awarded a special prize for his design. He planned to build a 40-meter-wide and 680-meter-long structure through the area – and it was aptly called “Hope Incision”.

He wanted to create a dialogue between yesterday and today through the contrast of old and new architecture. A price for the whole project was never named as it was unclear how much the renovation of the old buildings would cost, as well as how much it would cost to acquire the land.

It was planned to build around 1000 housing units on the land – but Liebeskind ignored this in his plans. He suggested that the grounds be flooded so the SS Buildings would slowly rot away.

Either way, none of Oranienburgs nor Liebeskinds plans came to any fruition and 25 years later the SS Hundertschaftsgebäude and the grounds of the SS Barracks are still abandoned and left to themselves.

The interior of the buildings themselves show years of heavy vandalism and neglect. All of them have been gutted of anything valuable, and decade’s worth of wind and rain have taken their toll.

While the city of Oranienburg has shelved its housing plans for the area, realizing that their historical responsibility outweighed the need for a new housing project – they do seem overwhelmed and paralyzed as to how to proceed with the grounds.

Maybe in the near future the city of Oranienburg will come up with a sustainable plan on how to preserve these abandoned SS- Barracks as well as the nearby SS Bath and Boiler House. 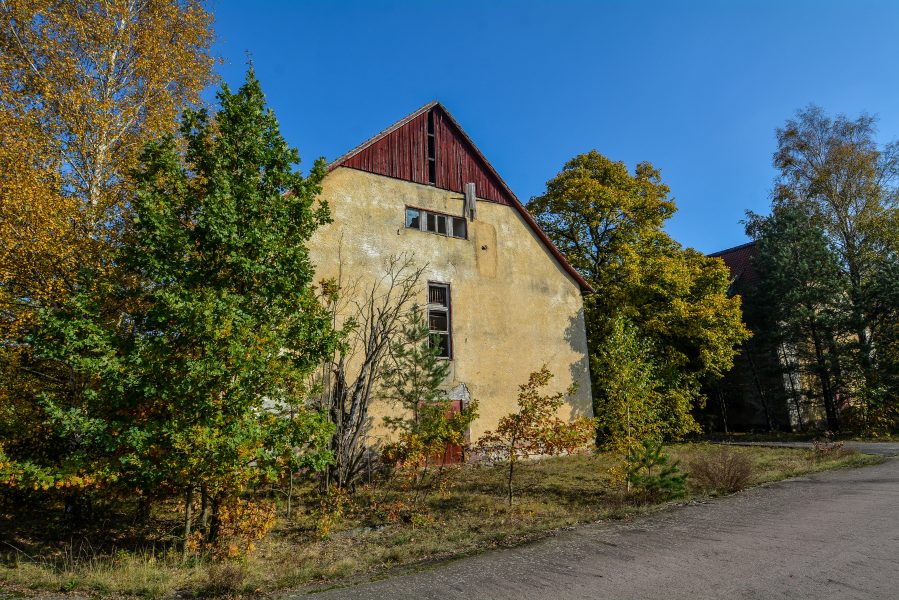 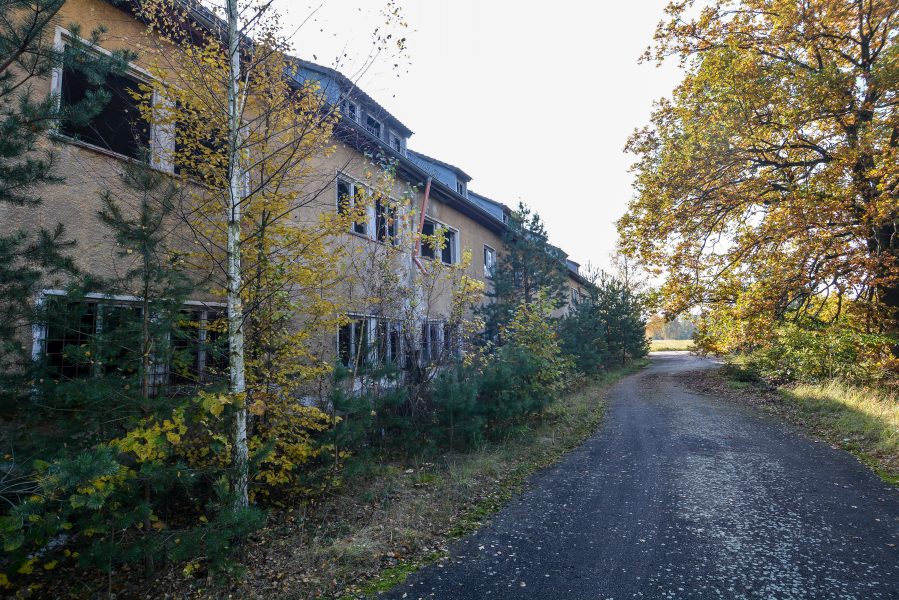 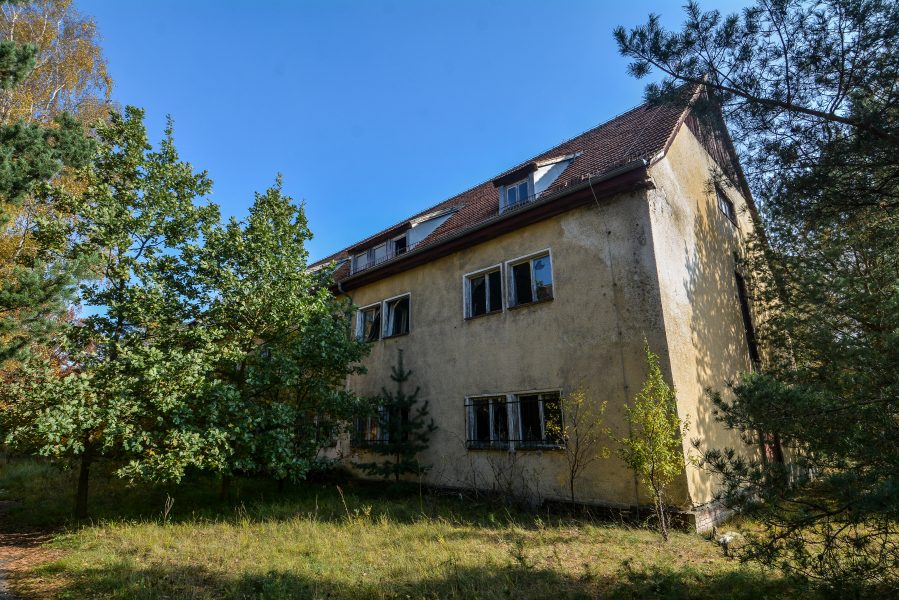 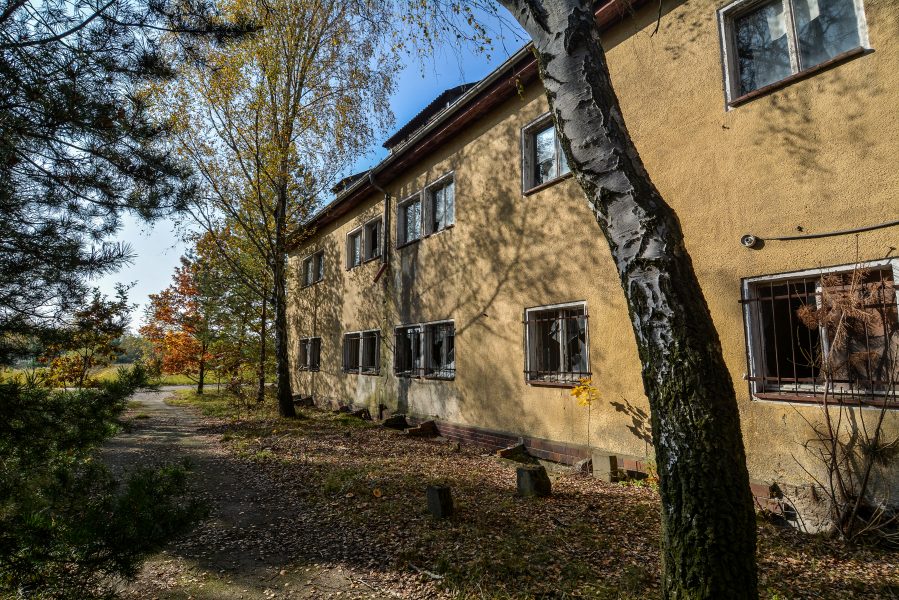 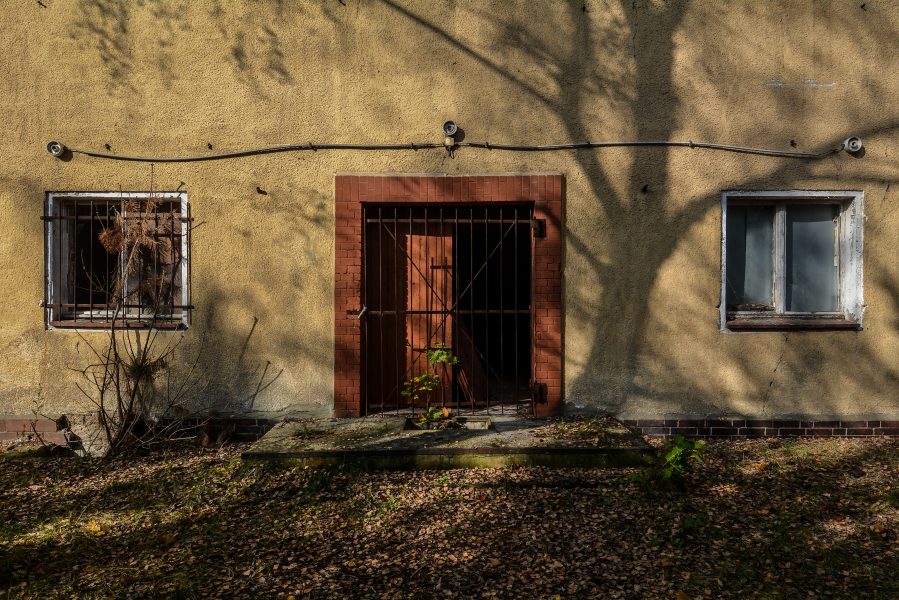 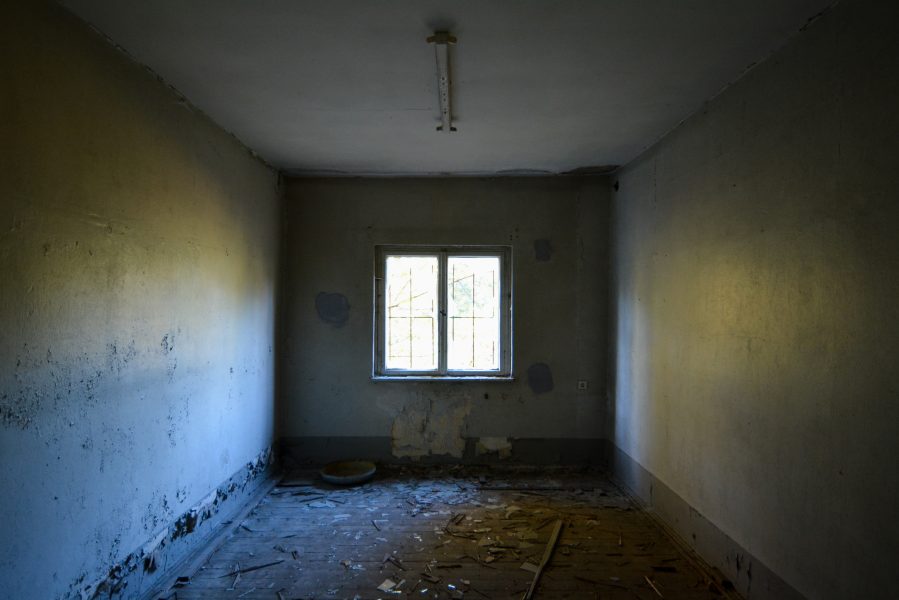 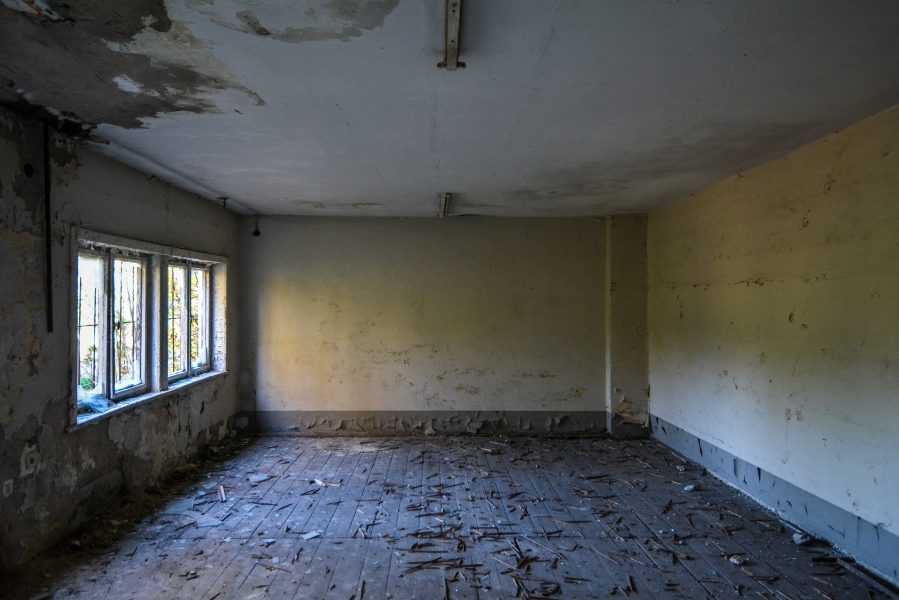 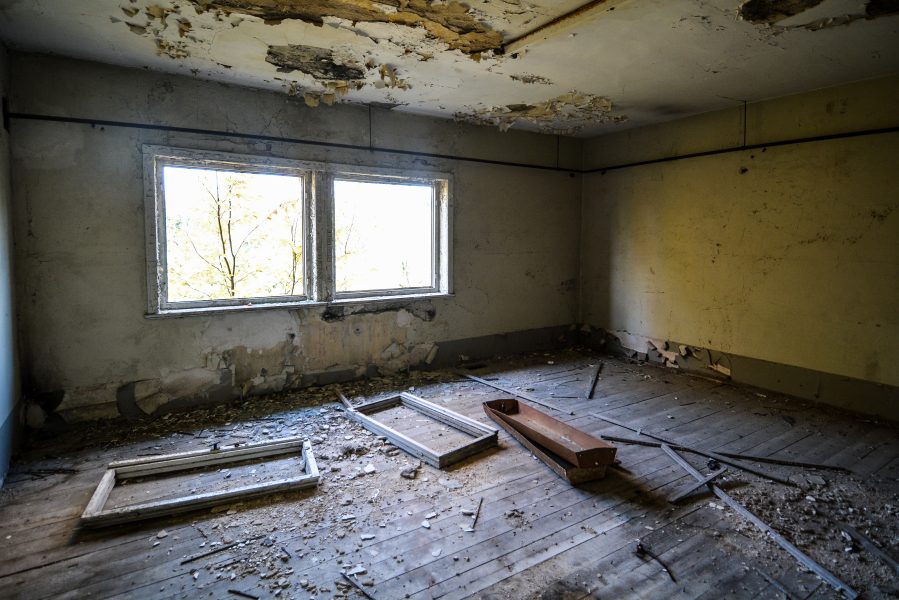 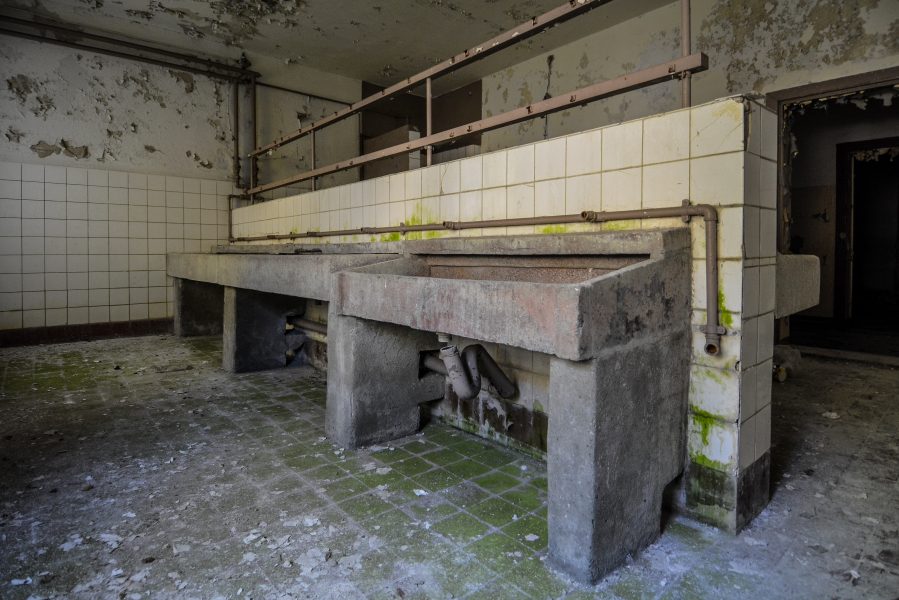 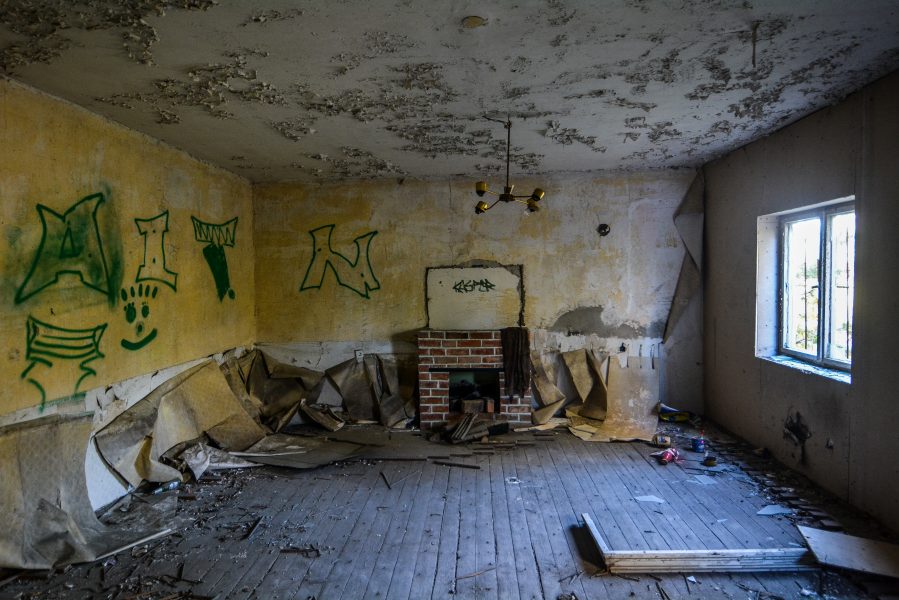 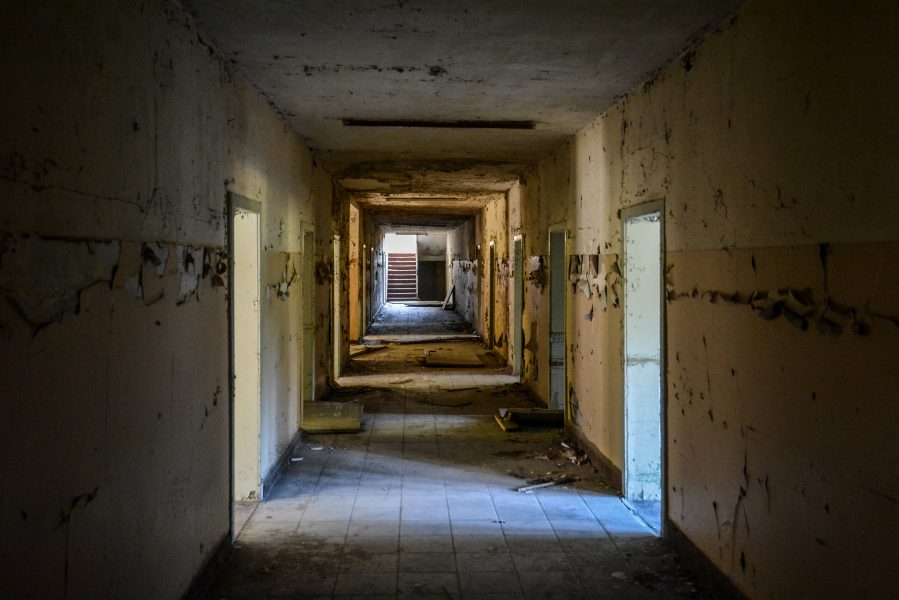 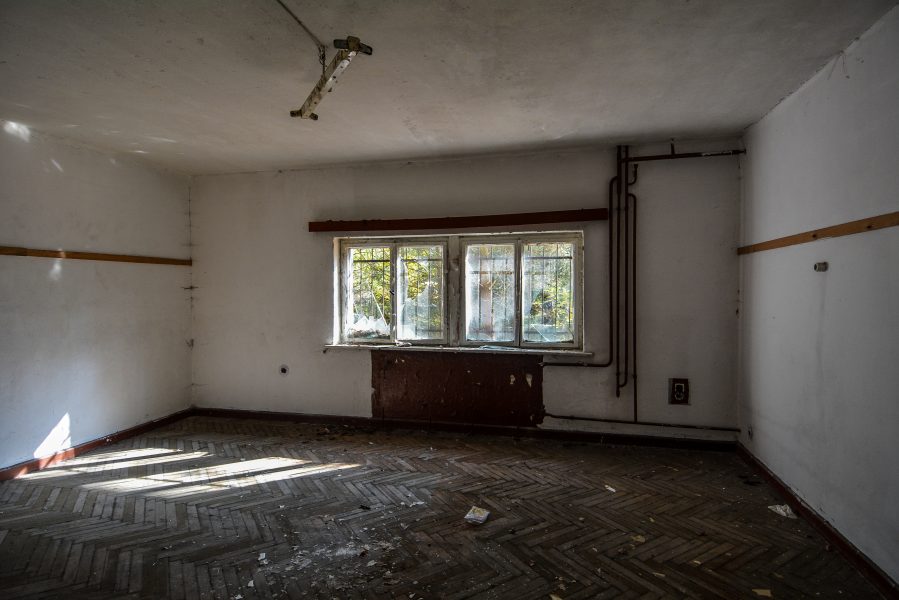 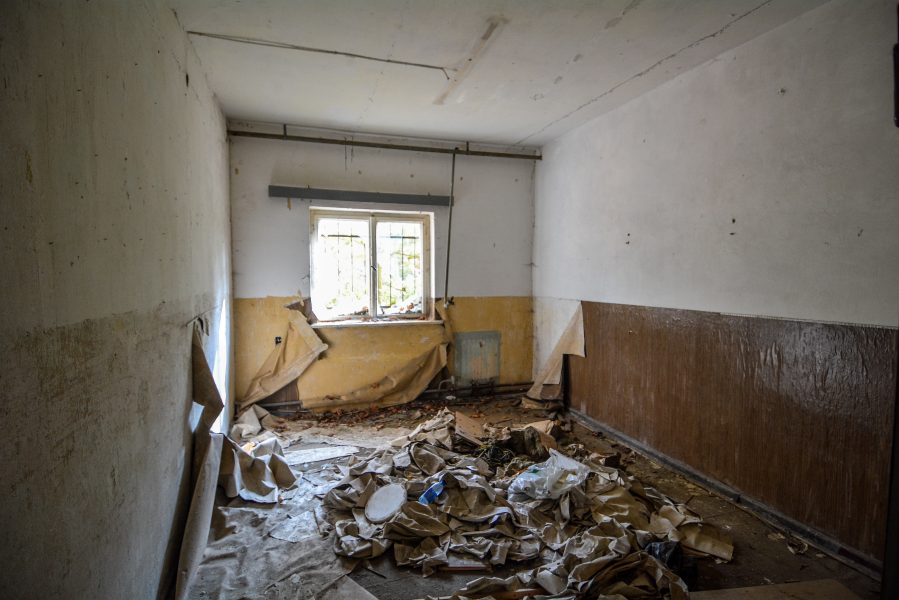 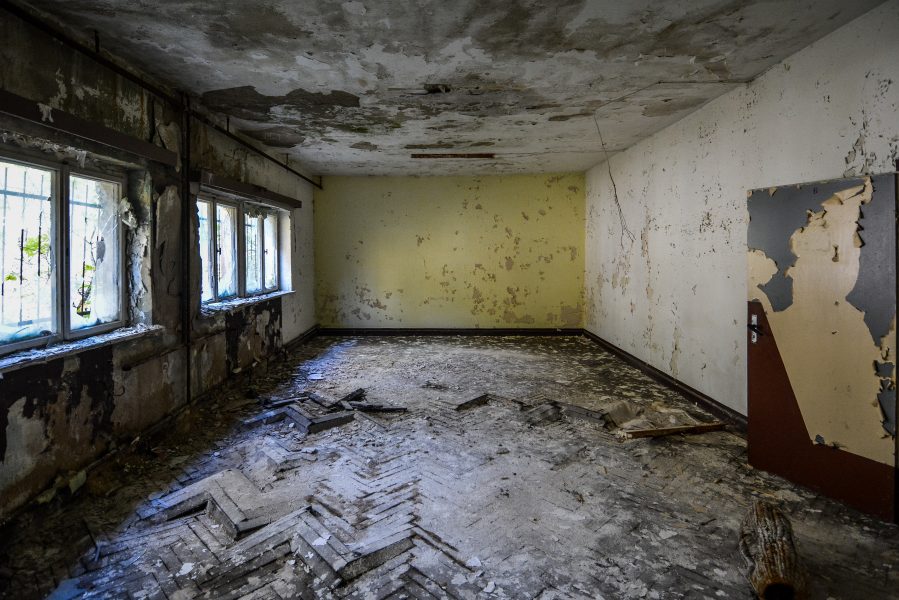 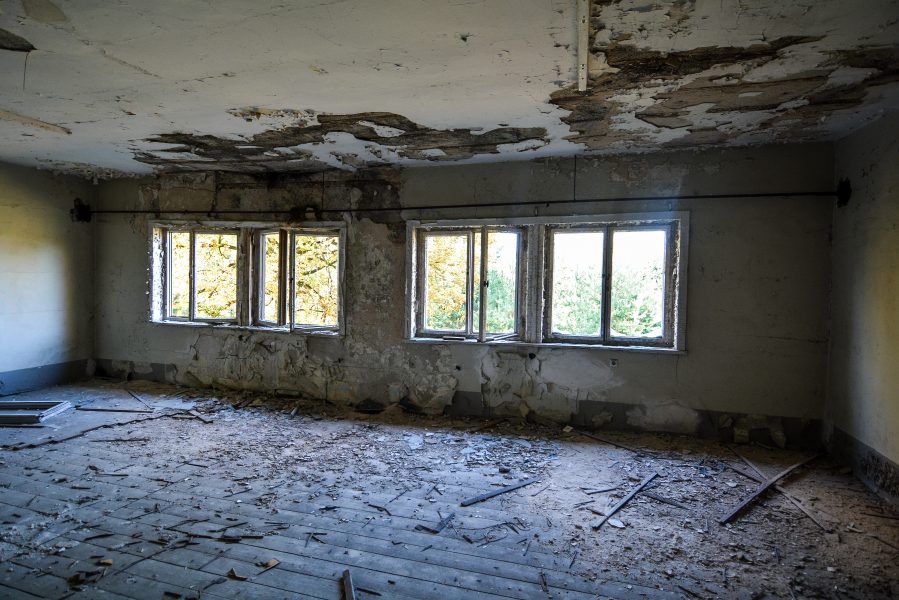 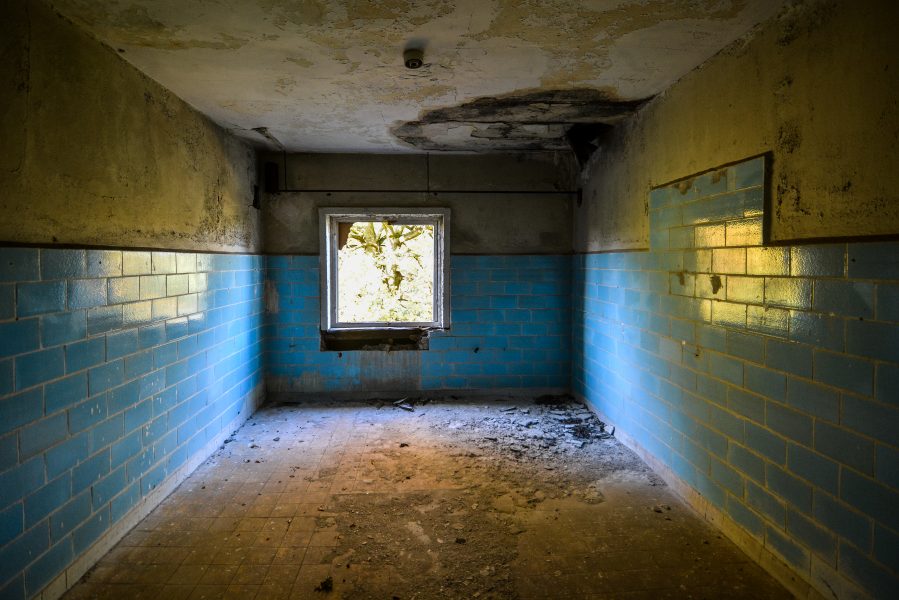 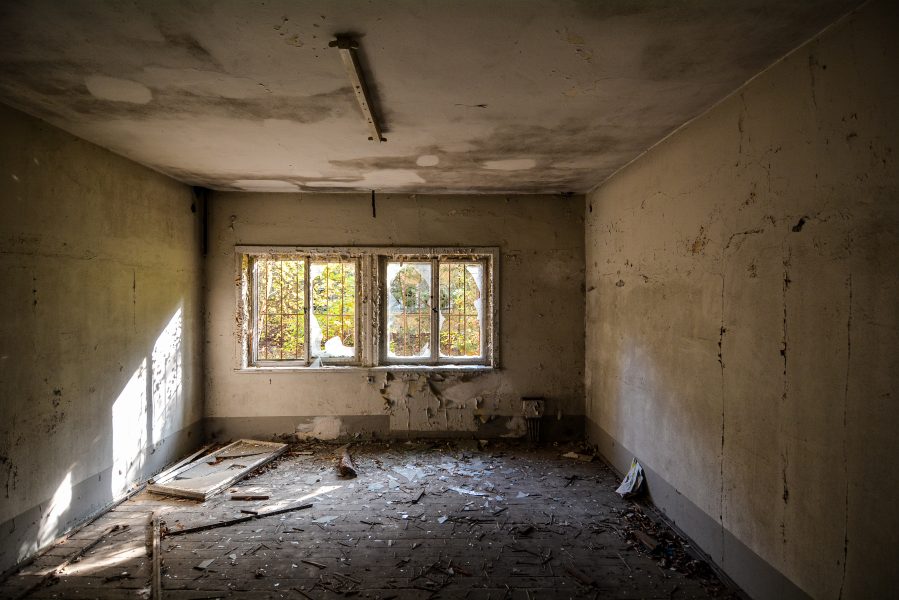 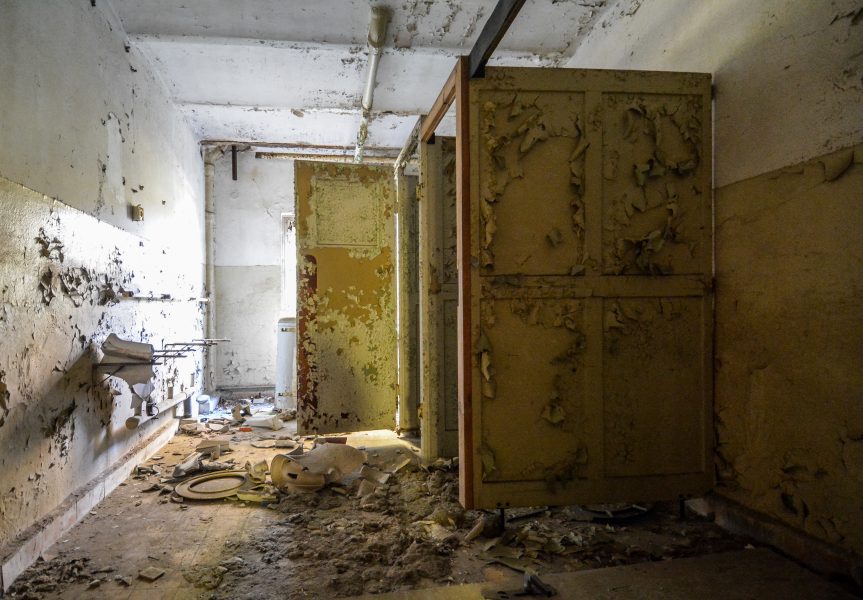 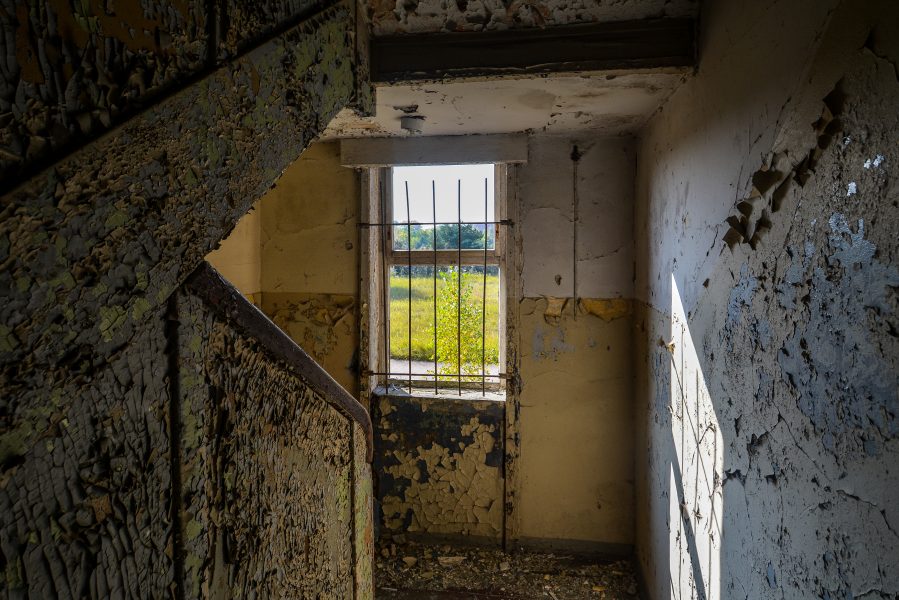 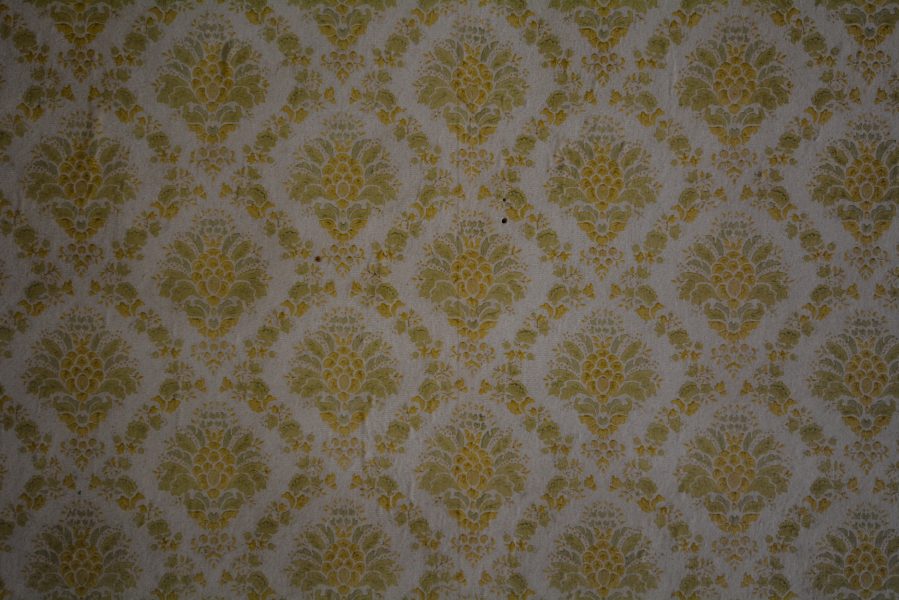 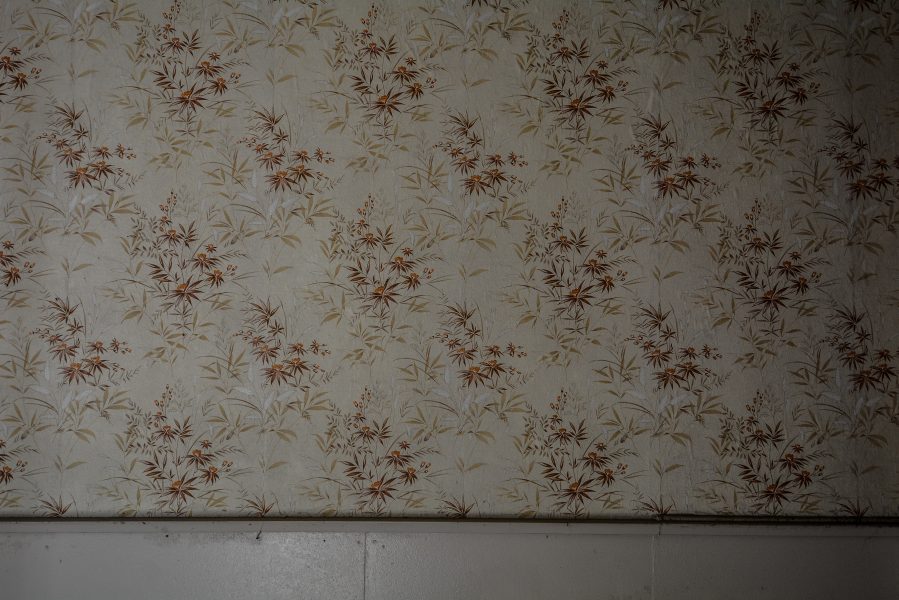 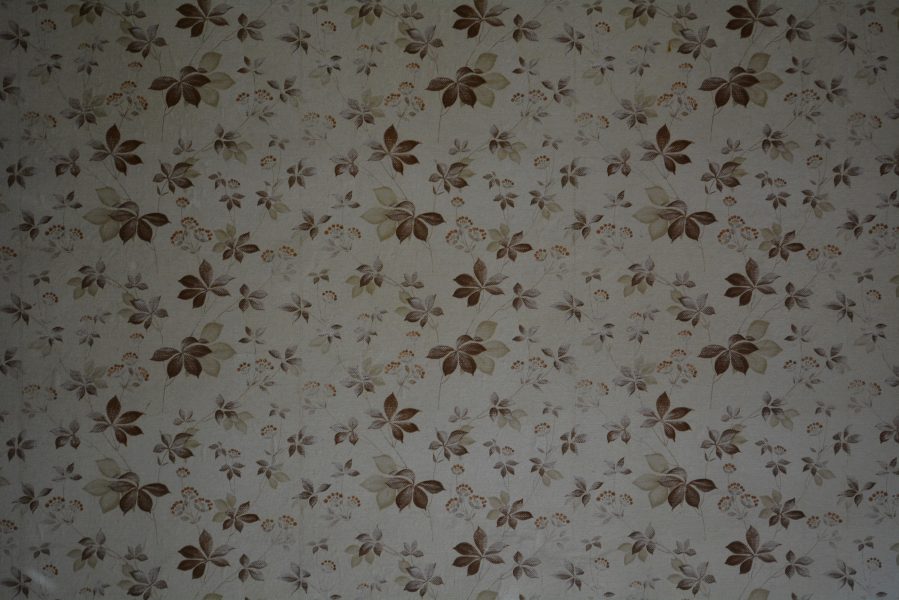 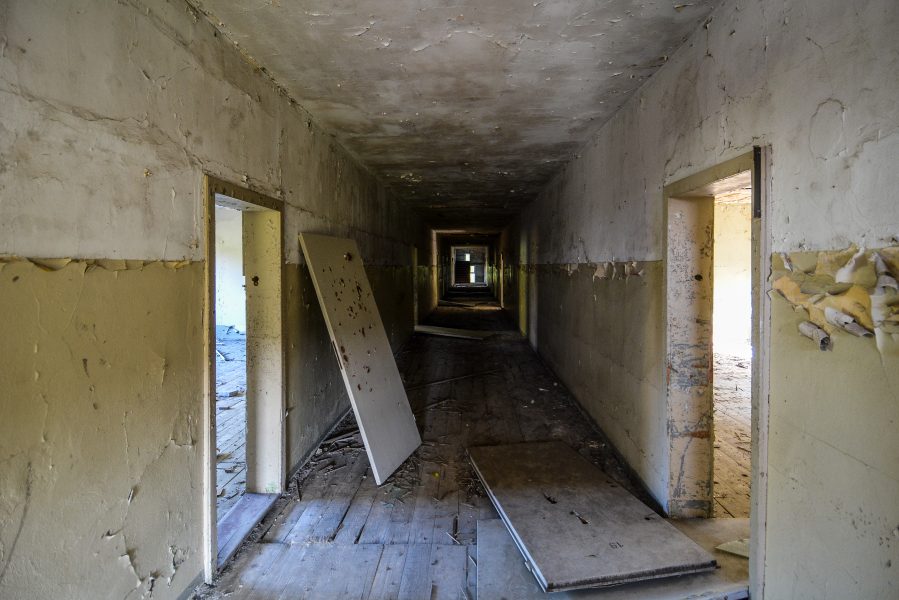 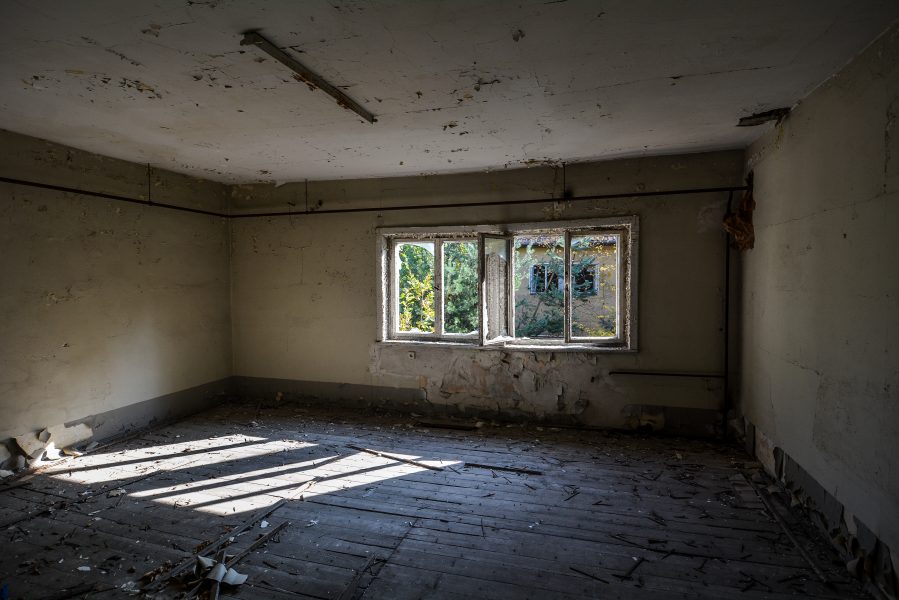 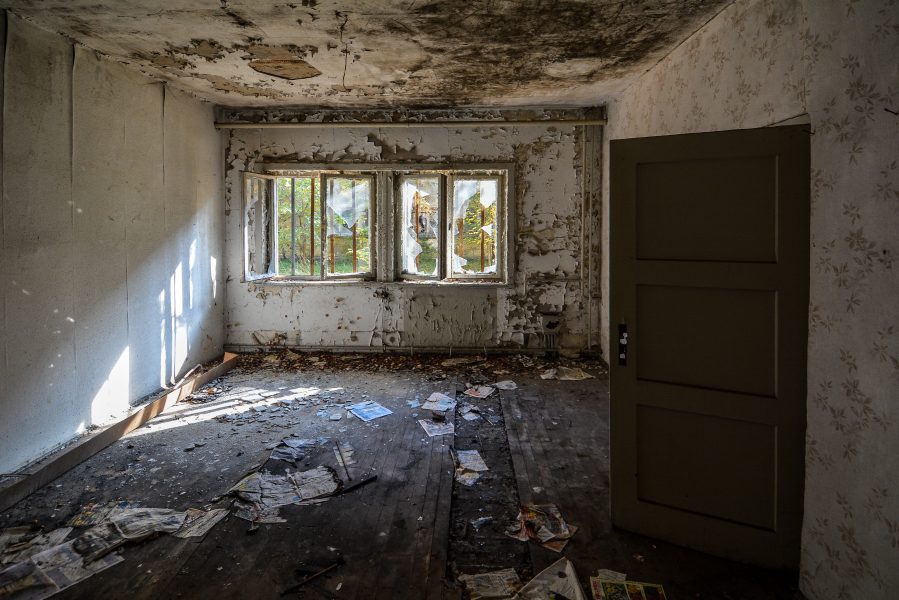 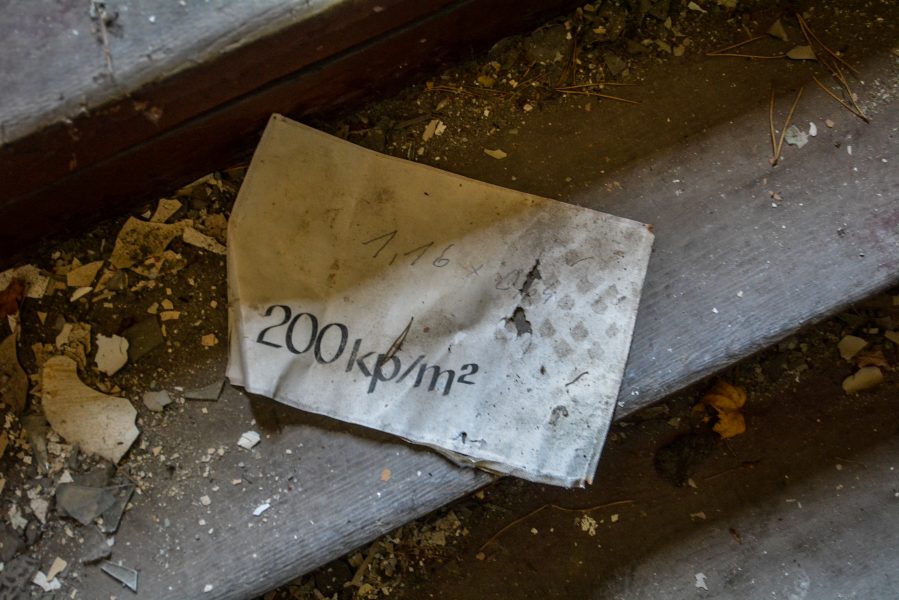 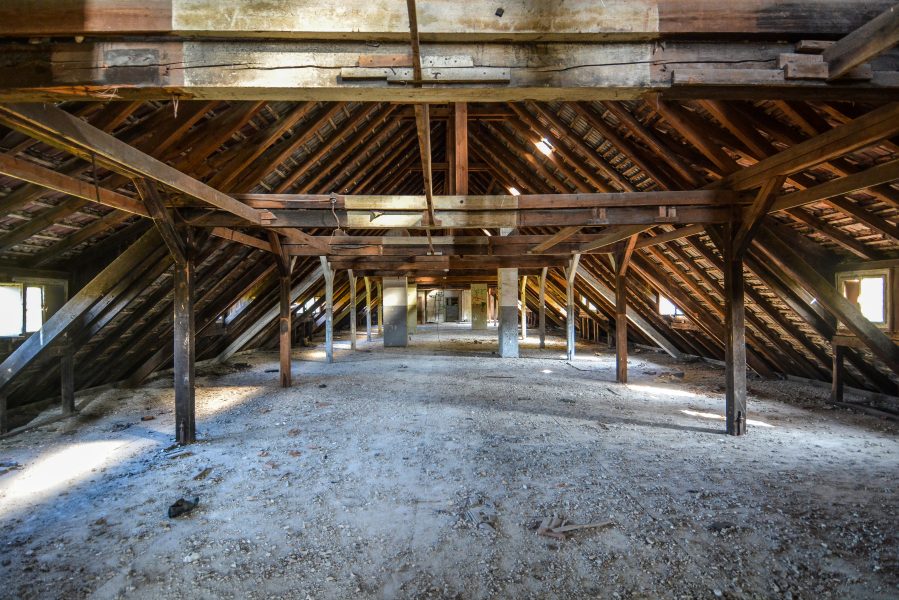 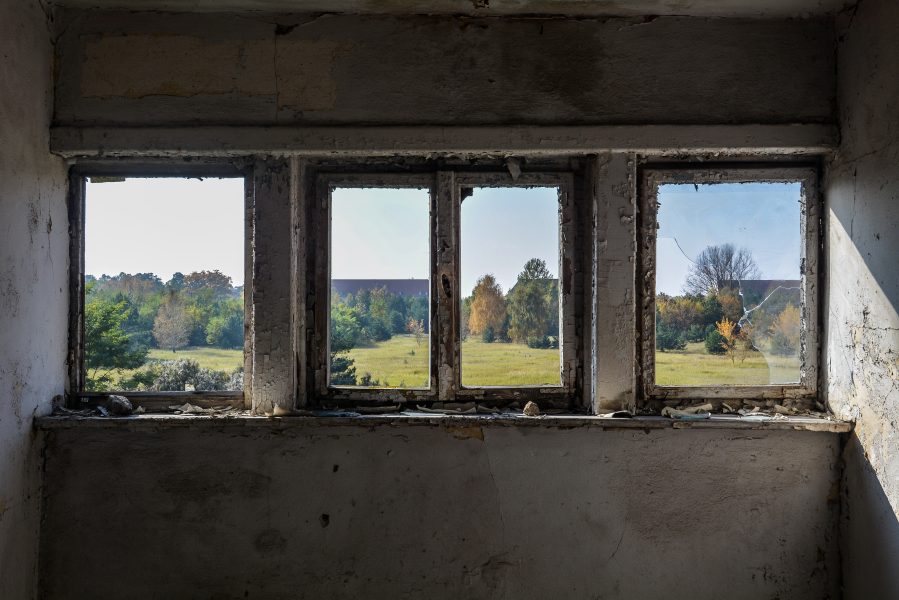