When the KZ Sachsenhausen was constructed in 1936, it was intended to be used as a blueprint for other concentration camps, both in its design and management. Just outside of its triangular walls, an SS-Truppenlager was established (along with the SS communications bunker Karo-Ass and the SS Dog School and the SS Schießstand in Sachsenhausen) to house and train the SS-Totenkopfverbände, the Death’s Head Units which were responsible for administering the Nazi concentration camps.

The origins of the SS Bath and Boiler House

On the northeastern edge of the barracks, virtually right next to the wall of the KZ Sachsenhausen lies a crumbling ruin – seemingly forgotten and left to its own devices. The architects – obviously inspired by Speers monumental architecture (but in miniature) – constructed a building in 1938 which resembles more a grand theater than the intended Bath and Boiler House.

The entrance of the building consists of two imposing chimney stacks – which at some point in the last 10 years have been cut down by almost a half and have been covered by a metal roof (here’s a photo of what it looked like in 1999). The central entrance actually leads down into the coal cellar and boiler room, while the rooms to the left and right once housed the shower and bathrooms. In addition, the boilers also supplied the heating for the nearby SS barracks – known as the SS Hundertschaftsgebäude.

With weeds and shrubbery popping up everywhere – its easy to miss a central planning detail. The ground around the abandoned SS Bath House wasnt just paved over with concrete without any purpose – it actually served as a massive drill ground for young SS recruits, for which the oversized bath house served as a nice backdrop.

First the Soviets – then the East Germans

The Sachsenhausen concentration camp was liberated on the 22nd of April 1945, but was repurposed from August 1945 onwards as the Special Camp No. 7 by the Soviets to intern Nazi functionaries, political prisoners and inmates sentenced by Soviet Military Tribunals. The area was put under soviet military control and the Red Army continued to use the infrastructure left behind by the Nazis including the SS Bath house.

The Soviets handed over the area to the East German Government – which turned the main KZ Sachsenhausen grounds into a memorial – but continued to use the existing nazi infrastructure. The SS barracks now housed NVA units as well the Kasernierte Volkspolizei, and the SS Bath and Boiler house was still being used as such. After the German reunification, the Bundeswehr briefly took over ownership of the property before handing it over to the state which converted some of the buildings into a Polytechnic Institute for the Police.

It’s a rather sad affair to see such a historically relevant building being left to crumble, especially when the Sachsenhausen memorial is literally just a few meters away. Maybe in the near future someone will deem it worth preserving. If you are in the area, its also worth checking out the Flugplatz Oranienburg and the Bunker of the Versuchsstelle für Höhenflüge while they are still standing. 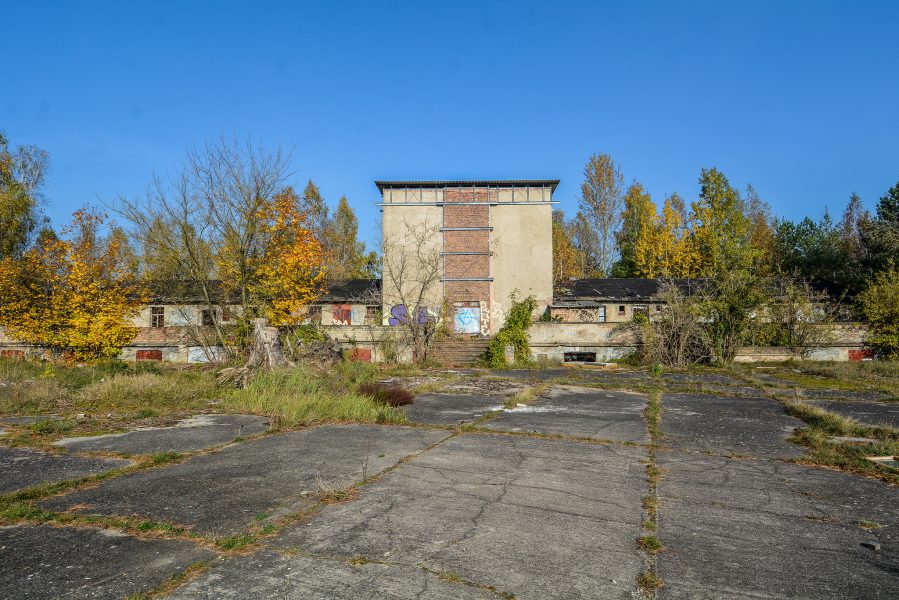 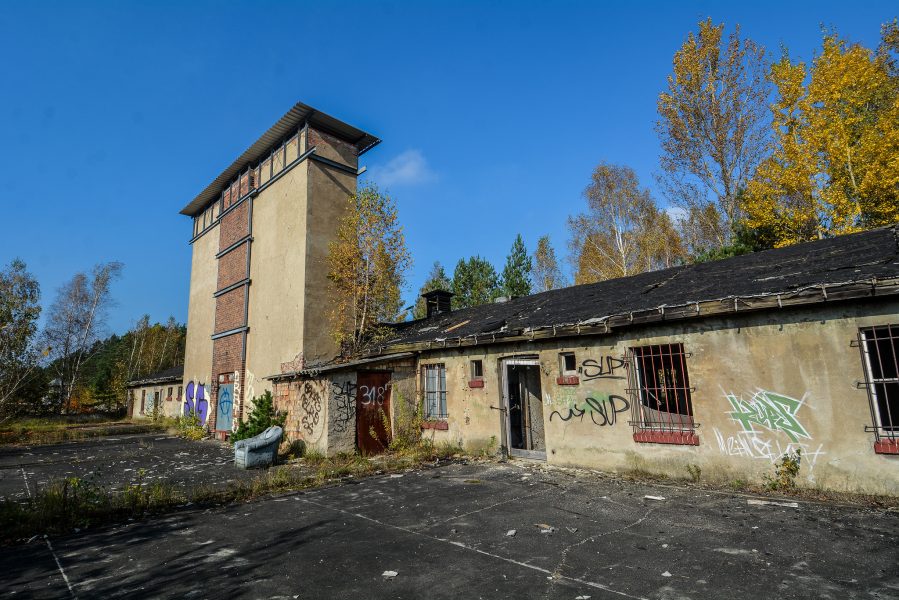 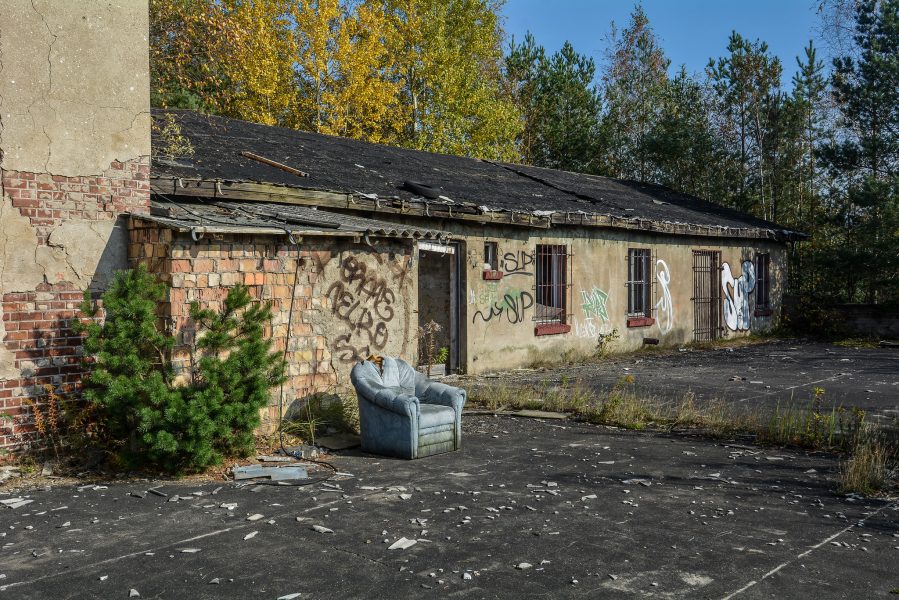 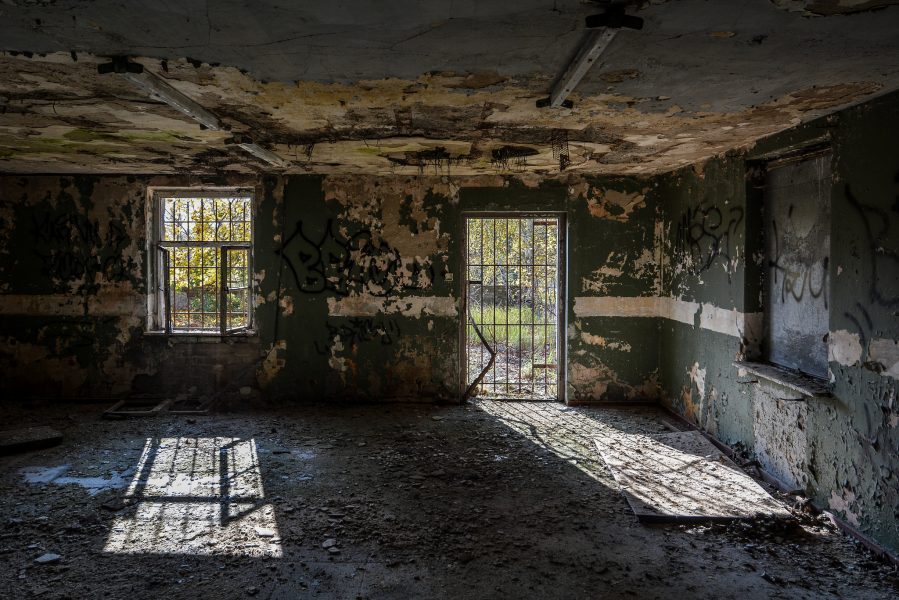 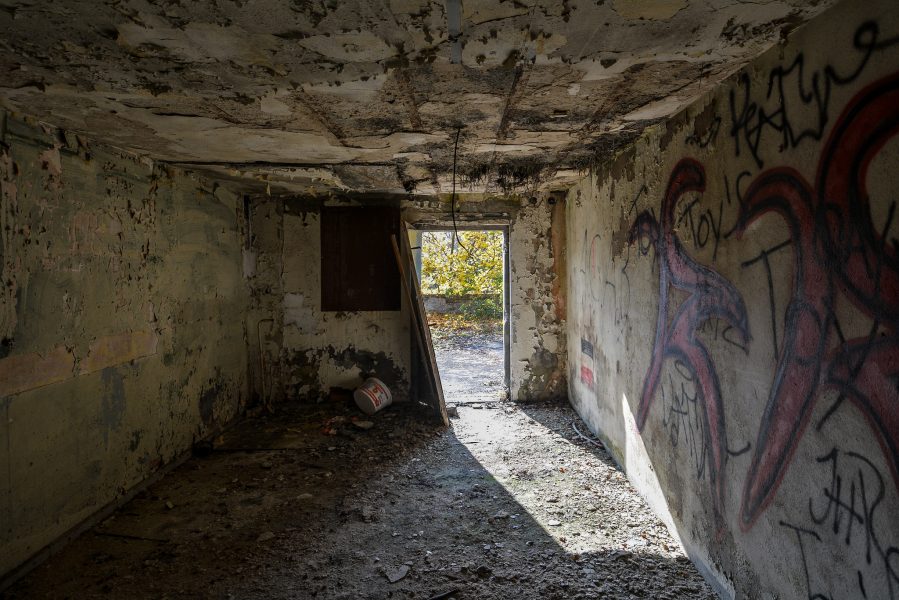 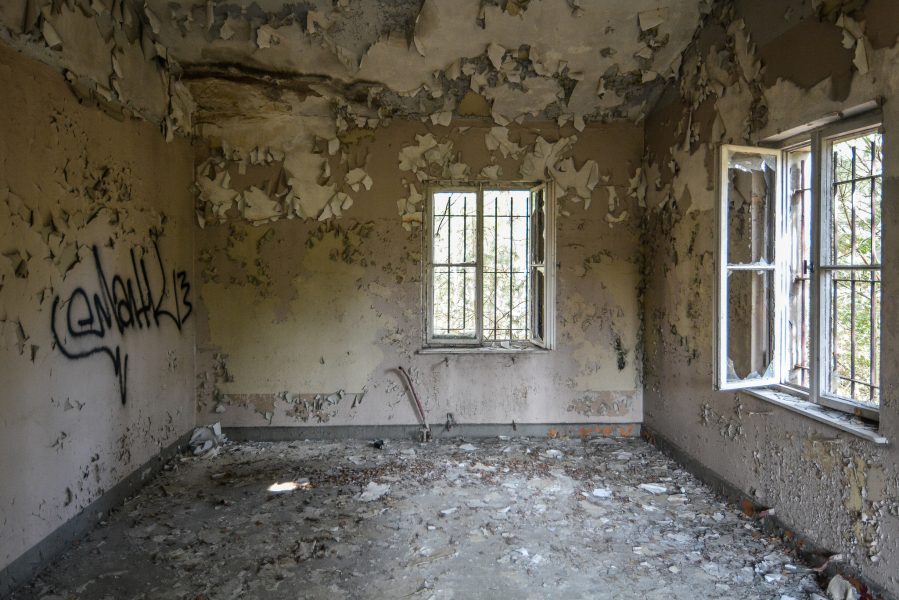 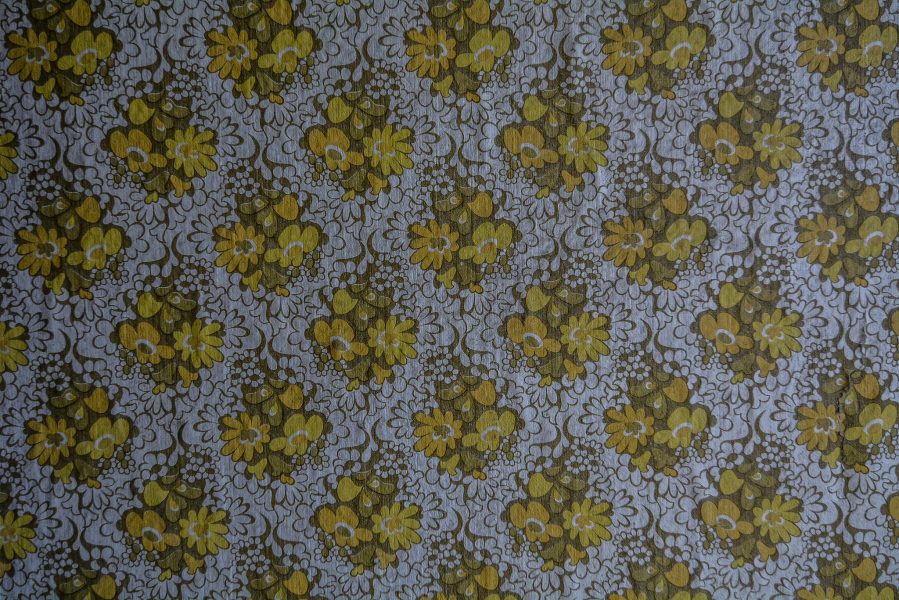 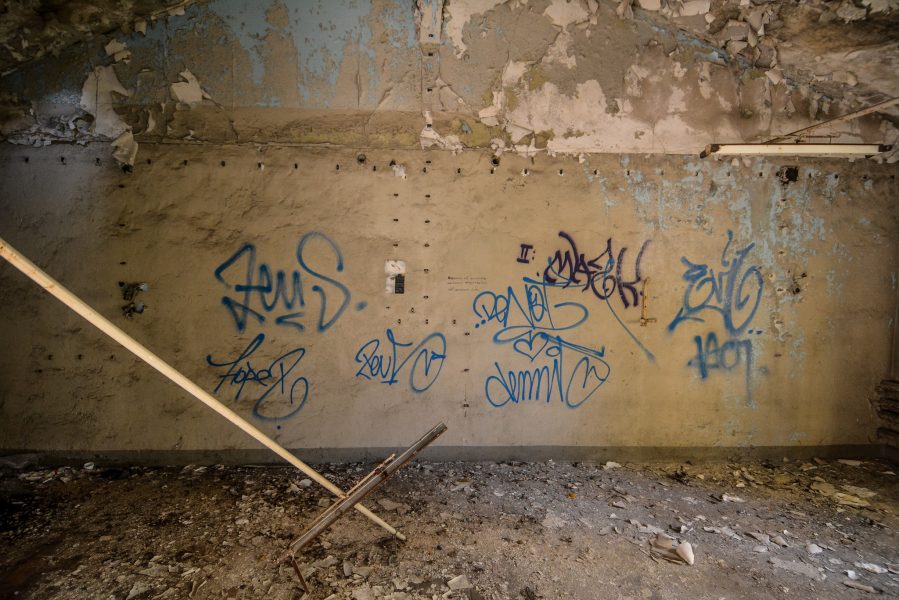 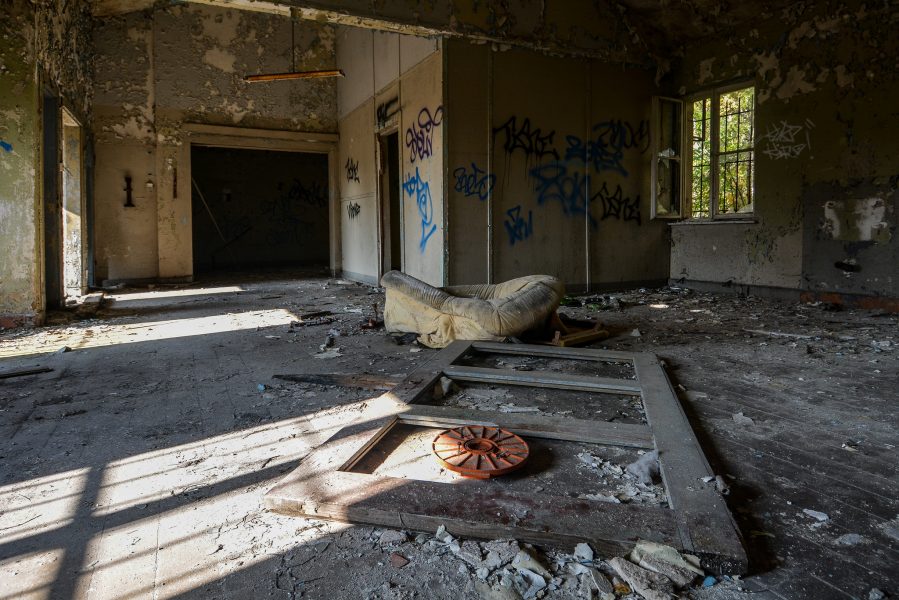 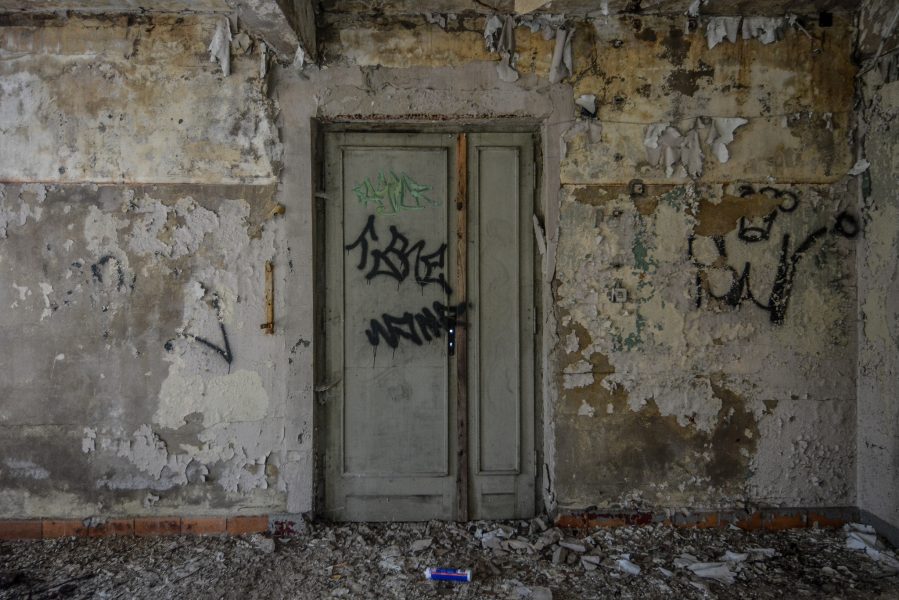 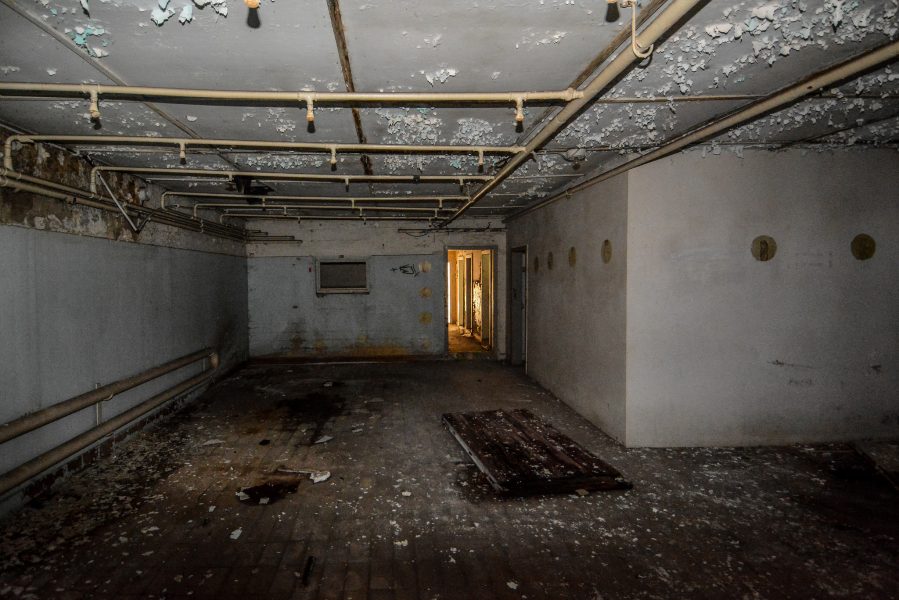 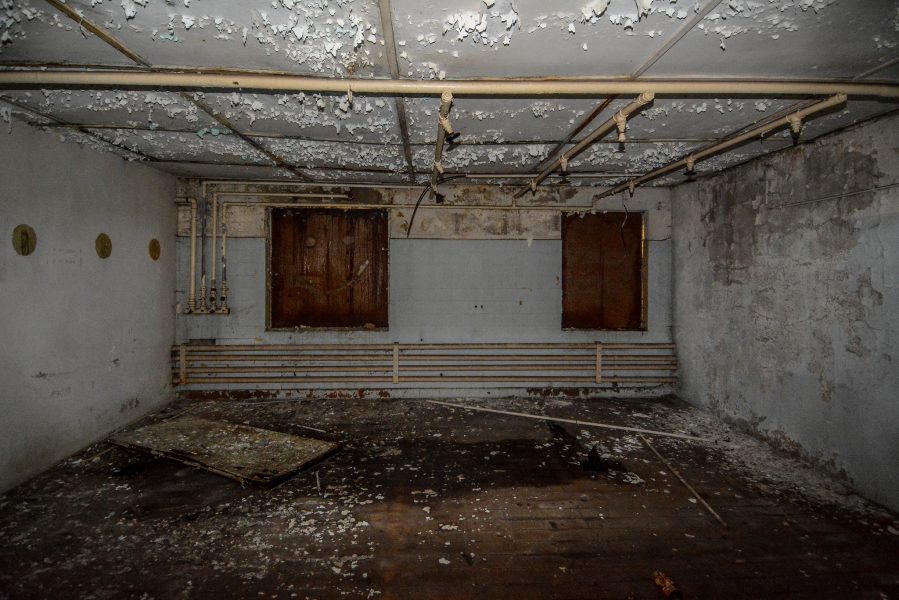 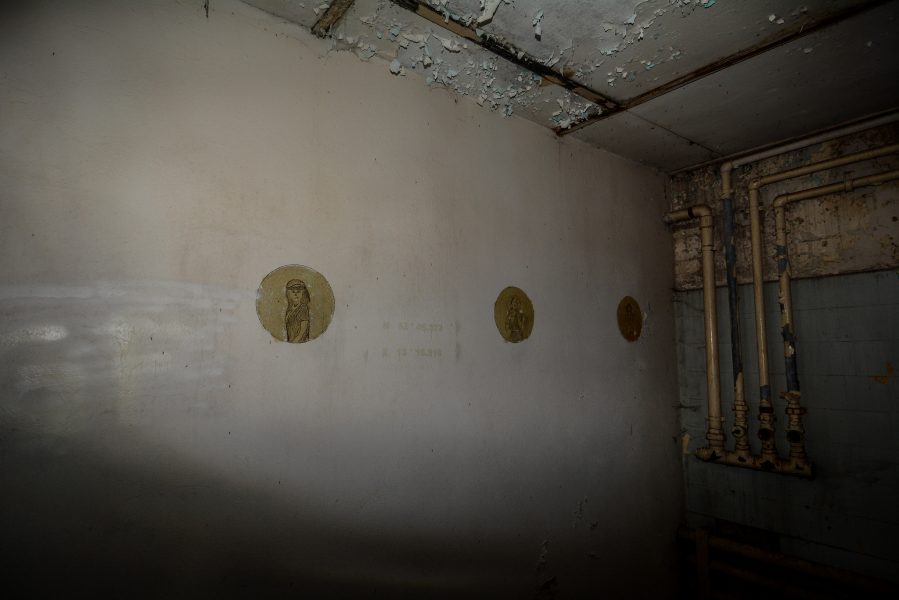 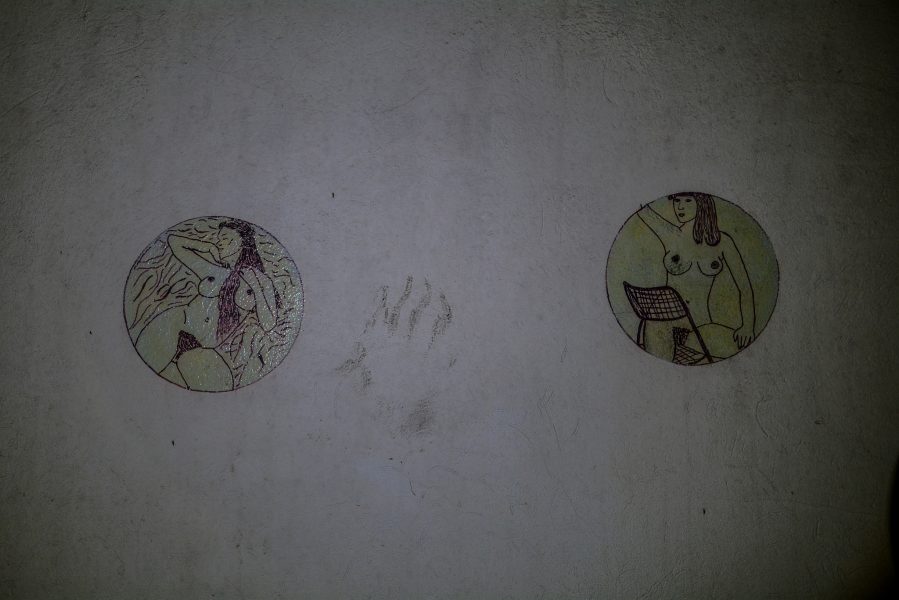