Berlin is a city of change. Some for the better, some for the worse. Few time periods have left their mark on city as much as the years immediately after the German reunification. Investors, banks and the opportunistic saw a golden era of profit upon them, with virtually everything up for sale to the lowest bidder.

During the honeymoon period of German reunification, it seemed like every trace of the German Democratic Republic was to be removed and erased – as if it never existed (heres a list of the surviving emblems of the GDR in Berlin). The Palast der Republik, arguably the most representative building of the German Democratic Republic, managed to hold out longer than most until it was torn down in 2008. A small piece of it survived though, as a silent reminder of the other Germany.

The Palast der Republik – Risen from the Ruins

The Palast der Republik was built between 1973 and 1976 on the site of the former Berliner Stadtschloss (which had been torn down in 1951 to make space for a parade ground). Interestingly enough – the first purpose built political building in East German – the Staatsratsgebäude (the State Council Building) was built just opposite of the former Schloß a few years earlier. While official numbers stated that the 15.300 m² large building cost a hefty 484 million mark, internal papers suggested that the building actually cost up to a billion mark. The engineers also used around 5000 tons of asbestos to ensure that the building adhered to the fire code.

The concept of a “Palace of the Republic” actually dates back to the early 19th Century, with the introduction of “People’s Houses” which were leisure and cultural centers built with the intention of making art and cultural appreciation available to the working classes. The idea spread through England and the rest of Europe and found a very strong following with unions and left leaning political parties.

A Palace for the People – and a concert venue

While the Palast der Republik housed the “Volkskammer” – the 400 seat strong Parliament of the GDR, (located in the Kleine Saal des Palastes) its larger function was to serve as a cultural hub. The Große Saal was a 1000m² multi-purpose venue which was often used for (political) party meetings and TV shows as it allowed to seat almost 5000 people.

The main foyer served as a concert venue and a dancehall, while the rest of the building housed 13 restaurants and coffee bars, a disco, a bowling alley, a theater, an art gallery and a post office (which was open on Sundays!). There was a large parking lot in front of the building which had originally been intended to be used as a parade ground, but the vibrations from the heavy military vehicles caused the glass front of the building to vibrate so the parades were moved to the Karl-Marx Allee.

While the architects and engineers put a whole lot of thought into the building, they made a very simple mistake. When the Palace opened in 1976, it only had a single ticket booth inside. They soon realized that there was more demand than they could handle so a quick solution had to be found. The state found a suitable building across the river and converted the entire lower floor of the building in the Spreeufer 6 as a ticket office. And to make sure that this ticket office was official and belonged to the Palast der Republik – they slapped on the official golden monogram “PdR”. 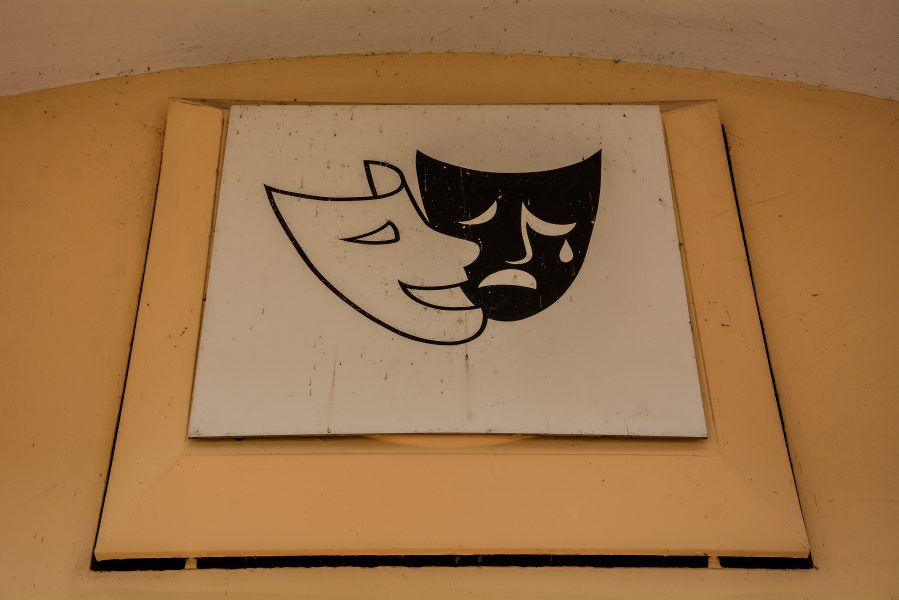 Ashes to Ashes – Dust to Dust. The end of the Palast der Republik

The Palast was a very popular venue – even pulling in such famous western acts as Santana, Harry Belafonte and Udo Lindenberg. For popular events, the lines would be as long as 600 meters. Seems like no matter what the State did, it could never really supply the demand.

The last Volkskammer of the German Democratic Republic decided to close the Palast on the 19th of September 1990, as they knew that the building was a massive health risk with its 5000 tons of asbestos, and knew that with reunification, (West)German and European health laws would be enforced. Interestingly enough, engineers had warned against the use of asbestos at the time of construction, but that had obviously been ignored. The asbestos was removed between 1998 and 2003, and the building was torn down between 2006 and 2008 to make space for the reconstruction of the Berliner Schloss (which aims to be completed by 2019).

While the Palast der Republik was torn down, and its inventory either sold off, scrapped, or placed into museums – the Golden Monogram survives to this day.  The PdR Plaque now watches over a new Palace for the People.

The last piece of the Palast der Republik