A solitary frog prince sits patiently on a porcelain ball, high above the masses waiting for their U-Bahn to arrive.  What might seem like a quirky detail of an otherwise almost unremarkable U-Bahn station in Berlin, is actually one of the last original remnants of the U-Bahn Station Prinzenstraße.

A new elevated railway for Berlin

Berlin saw a rapid population growth in the 19th Century, and with that came an increase in traffic problems. Werner von Siemens – who already had experience building tram and train lines, as well as constructing (continental) Europe’s first metro in Budapest in 1894 – pitched a plan to the city for an elevated railway.

This plan didn’t sit well with everyone as the original plan intended the elevated railway to pass through the rather posh Friedrichstraße. The city wouldn’t allow the line to be built underground either out of fear it would damage the newly constructed canalization. The plans were shelved for a few years until Siemens was finally allowed to build his Hochbahn from Warschauer Brücke via Hallesches Tor to Bülowstraße. It seems like the trick was just to plan the route through Berlins poorer neighbourhoods. Problem solved.

The construction company Siemens & Halske planned to build the stations in a standardized manner – i.e. they all looked the same, making it nearly impossible today to identify any other architects influences. The airy lightweight metal and glass halls were designed according to the public taste of the time, and this design can still be seen today at the stations at Görlitzer Bahnhof, Kottbusser Tor and Prinzenstraße.

A Frog Prince for a Kaiser

Construction began in 1896, with the line officially being opened to the public on the 18th of February 1902, running from Warschauer Brücke through Prinzenstraße to Potsdamer Platz. The Prinzenstraße was named after Prince Wilhelm (who would later become Kaiser Wilhelm I), so it was only logical that the Hochbahn (and now U-Bahn) station which was located on the same street received the same name. 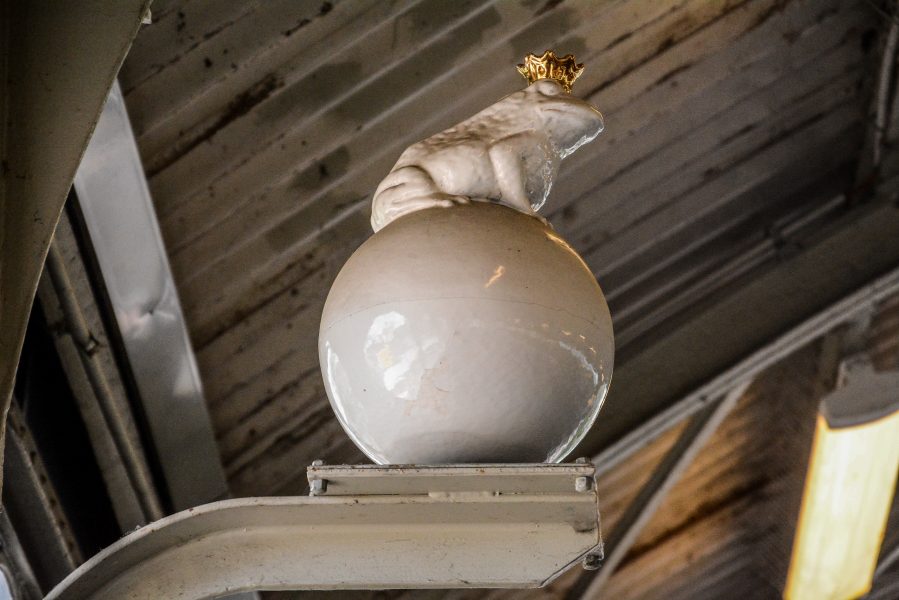 While it’s nearly impossible to currently find any original photographs of the inside of the Prinzenstraße station from the early 1900s, it is documented that the station from the beginning had a porcelain Frog Prince (Froshkönig) sitting on a ball on top of one of the destination signs. One of the architects obviously had a sense of humor and though it fitting to decorate the “Prince Street” with a Frog Prince. 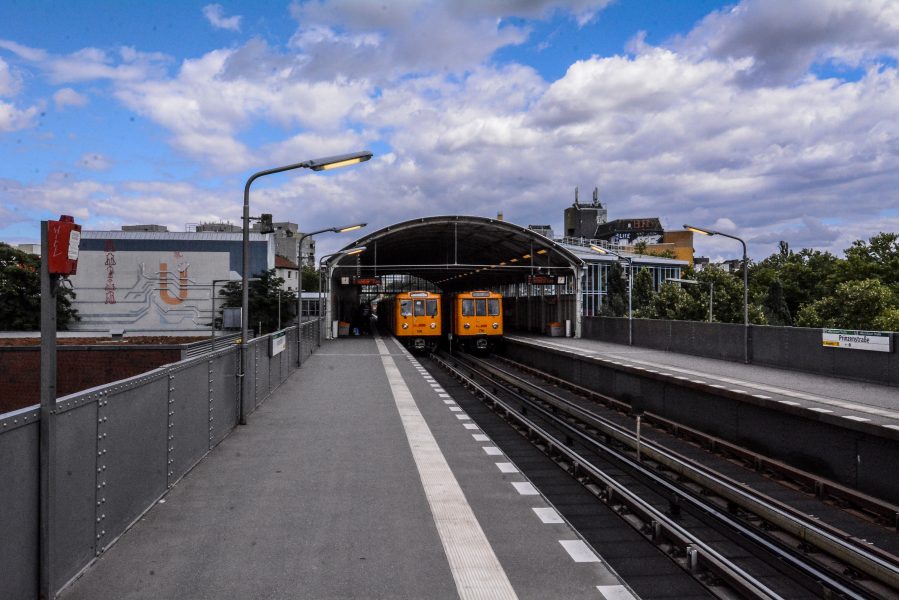 The station suffered heavy damage during allied bombing raids, specifically on the 28th of January 1944, and on the 3rd of February 1945 – though it was still being serviced until the 22nd of April 1945. Speaking of war damage, check out the Bridge of Scars – a bridge whose heavy damage during the Battle of Berlin is still visible today.

The Froschkönig survived the war unscathed and after the Prinzenstraße station was renovated, he received his own personal throne above the platform 1 where he still sits to this day. If you’re ever heading towards Potsdamer Platz with the U1, be sure to have a quick peek out the righthand window to catch a glimpse of the Froschkönig. 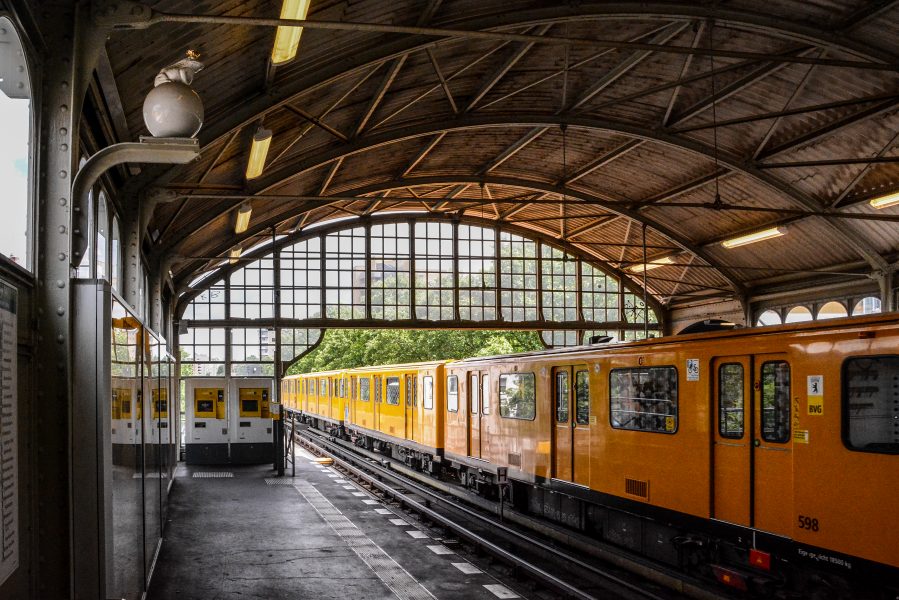 While we are on the topic of fairy tales: Many may be familiar with the English version of the Frog Prince, where the princess kisses the frog and turns him into a prince – the original German version of the Froschkönig (as most German fairy tales) is actually a shade darker:

In exchange for rescuing the ball from the well, the Princess promises to be the frogs girlfriend, sharing both plate and bed with him. After the Frog turns up at her door she refuses to let him in, but the King forces his daughter to keep her promise. Revolted at the thought of having to share her bed with him, she picks up the frog and smashes him against the wall turning him back into a prince.

And they lived happily ever after….

PS: If you are ever in the area, be sure to check out the Geographical Center of Berlin as its just around the corner.