Schloss Dammsmühle – an 18th century fairy tale castle to the north of Berlin slowly bidding its time. Once an illustrious home to a wealthy merchant, the abandoned castle has gone through all the un-pleasantries modern German history can offer. But lets start at the beginning.

The land on which the Schloss Dammsmühle sits today, once housed a Mill back in the 16th century most likely belonging to the Cistercian monastery in Lehnin (Kloster Lehnin). The mill burnt down at some point (excavations around the mid 18th century found traces of burnt millstones). Around the year 1650, Frederick William, Elector of Brandenburg built himself a nice little hunting lodge on the spot.

The beginnings of Schloss Dammsmühle

The land on which the mill and the hunting lodge once stood was bought up in 1755 by the Berliner Leather manufacturer Peter Friedrich Damm – who had the distinction of being the sole provider of Chamois leather to the Royal Prussian Army. This made him a rather wealthy man, and with this money he decided to build a two-story rococo palace in 1768 with a beautiful dance hall on the upper floor.

Queen Elisabeth Christine – wife of Friedrich II (aka the Old Fritz) had apparently spent a night or two in the castle. Without said husband. After Damm’s death, the castle fell into a state of disrepair as he had died without any heirs. The property was auctioned off in 1894 and snapped up by Lt. Adolf Wollank, who then proceeded to transform it into his personal home. 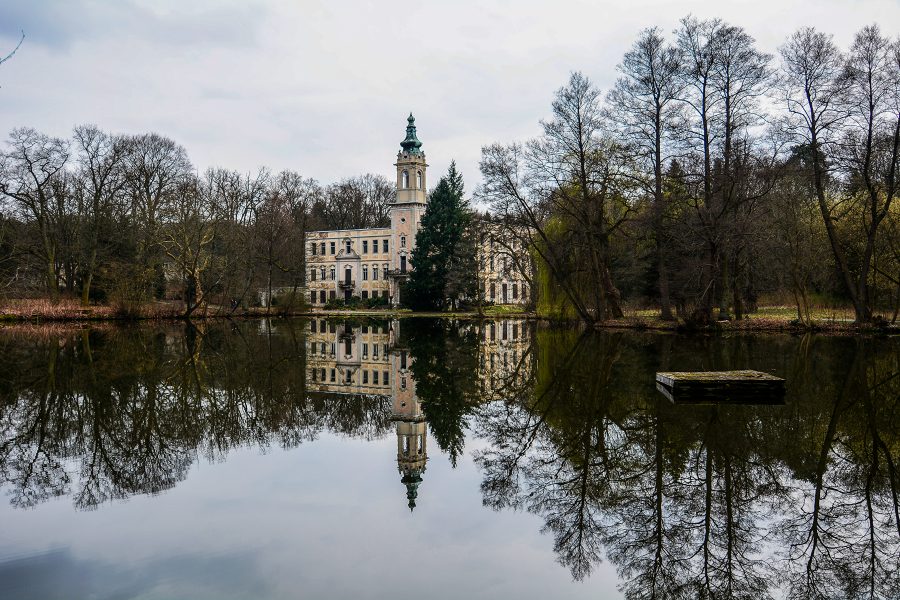 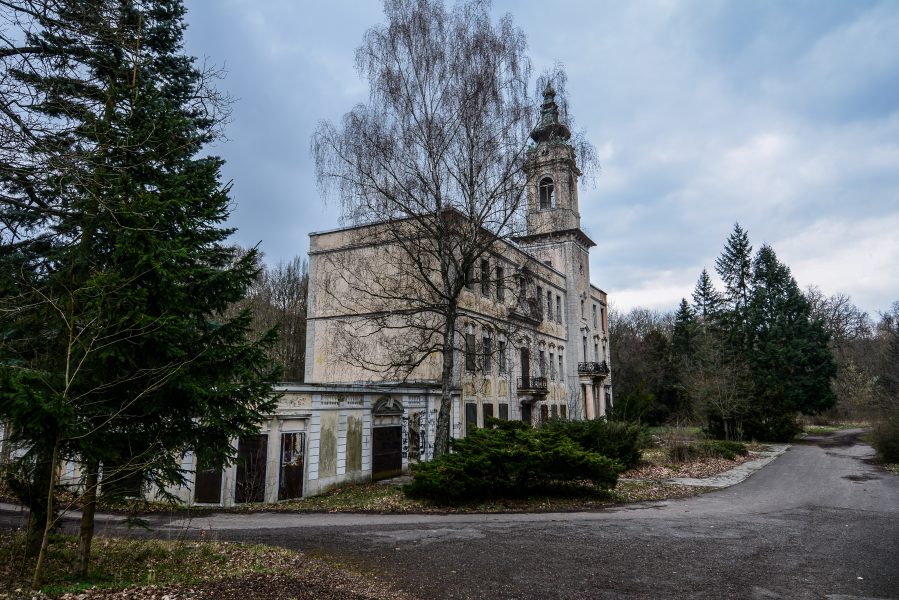 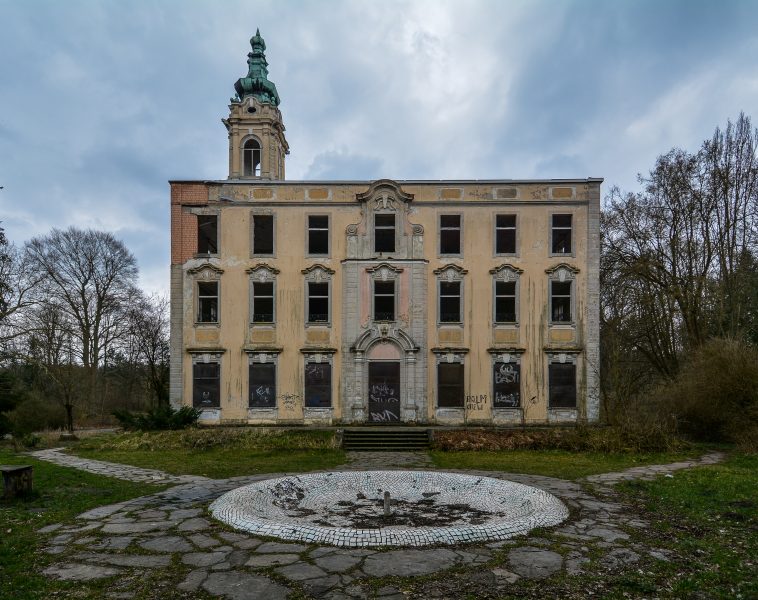 From Rococo to Neo-baroque

Its worth mentioning that the Wollank’s had a long history with Berlin and the surrounding area. The Wollank Family bought a large plot of land in Berlin (one of many) in 1801 and built a large villa on it, including a winery – which today is the Volkspark am Weinberg (hence the name). The Torstraße which runs past it was actually called Wollanks Straße.

Lt. Adolf Wollank’s father was Adolf Friedrich Wollank, a local politician and owner of the Gut Pankow.  A.F. Wollank was a well-respected man, and in honour of his years of service as “Amtsvorsteher”, a street was named after him in 1883. The S-Bahn Station Wollank Straße followed suite in 1937.

Lt. Wollank was a stylish man so he hired the architectural firm Erdmann & Spindler from Berlin to rebuild the palace in a neo-baroque style, adding an annex as well as a tower with a recognisable onion dome. 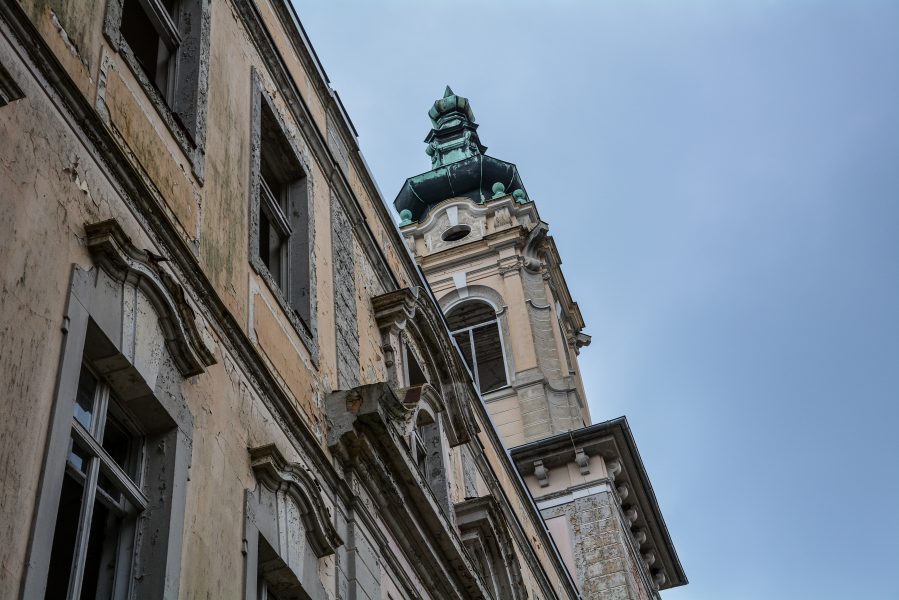 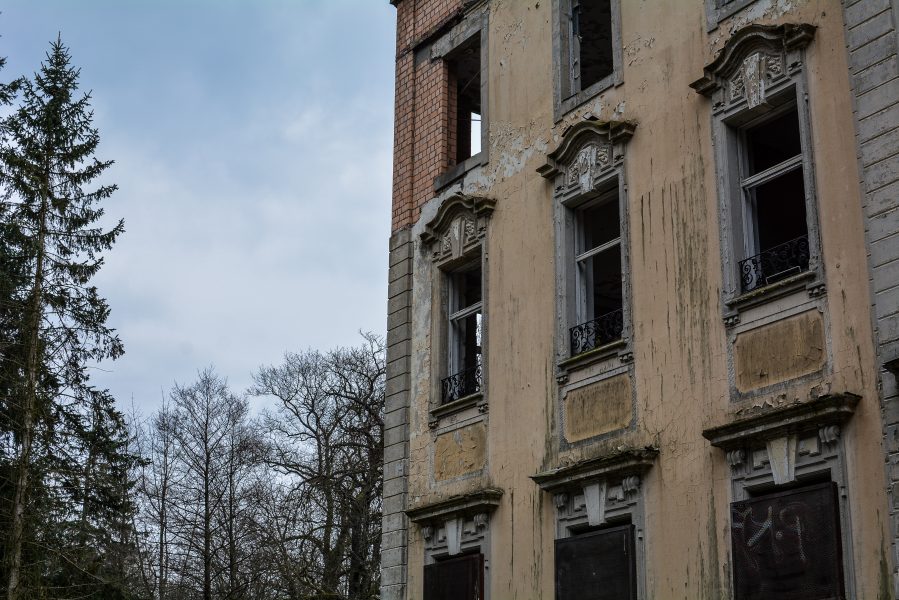 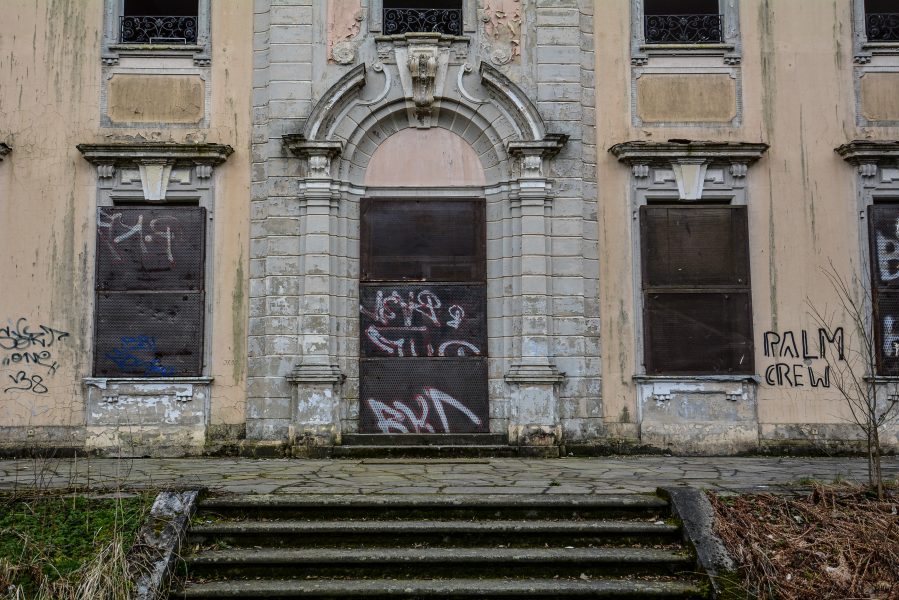 Erdmann & Spindler were just the right people for this, as they had extensive experience when it came to designing and building luxurious homes and representative buildings (both of them had left quite an architectural legacy in Berlin). The S-Bahn Station Botanischer Garter in Berlin-Lichterfelde was designed by the two men as well.

As well as (re)building the neo-baroque castle, Wollank built a “swimming pavilion” in the style of the Taj Mahal on the lake in front of his new palace which functioned as a lavish dance hall.  With the reconstruction, the palace also acquired the name Schloss Dammsmühle – an amalgamation of the last name of the original owner Peter Friedrich Damm and a reference to the first building on the site – a mill (Mühle).

Schloss Dammsmühle apparently had quite the illustrious reputation as in 1910, Kaiser Wilhellm II chose to meet the Russian Czar Nicholas II there.

Lt. Wollank died in 1915 (it is unclear if he died during the war or through other circumstances), and his brother Otto von Wollank (he was given a peerage in 1913) took over Schloss Dammsmühle. Lt. Wollank was buried on the ground of the Schloss in the “Hubertuspavillion” – though this along with his remains have been lost. Otto von Wollank sold Schloss Dammsmühle in 1919 to the businessman Hermann Zirkel  from Zehlendorf, Berlin.

For whatever reason, Zirkel didn’t want to hold on to the Castle for too long, as he sold the property 10 years later to Harry Goodwin Hart. Hart was the director of the Lever-Sunlight company in Liverpool from 1915 to 1932 (now known as Unilever), and chose to retire in Germany. Hart bought Schloss Dammsmühle in 1929 and the parties continued – until the Nazis came to power. Hart and his wife fled Germany in 1938 to Switzerland as either he or his wife were jewish (various sources either state that Hart or his wife were jewish).

Schloss Dammsmühle – Home for Nazis, Soviets and the Stasi

The Harts were stripped of their assets in Germany and forced to sell the property to the Nazi State in 1941 for 445,000 Reichs Mark. Heinrich Himmler took control over the property and made it his own, forcing 20-25 inmates from the concentration camp Sachsenhausen to perform various labour duties on the grounds from January to July 1943. 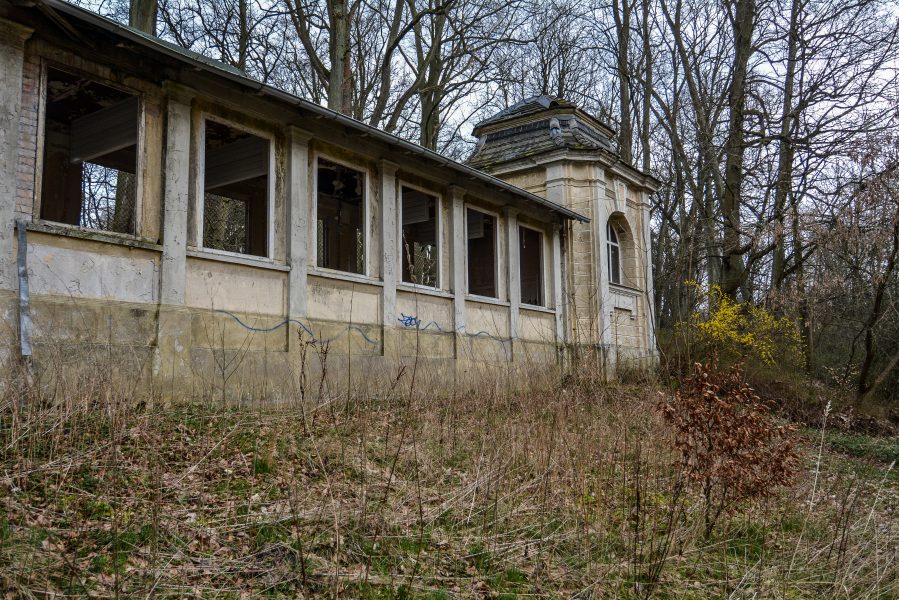 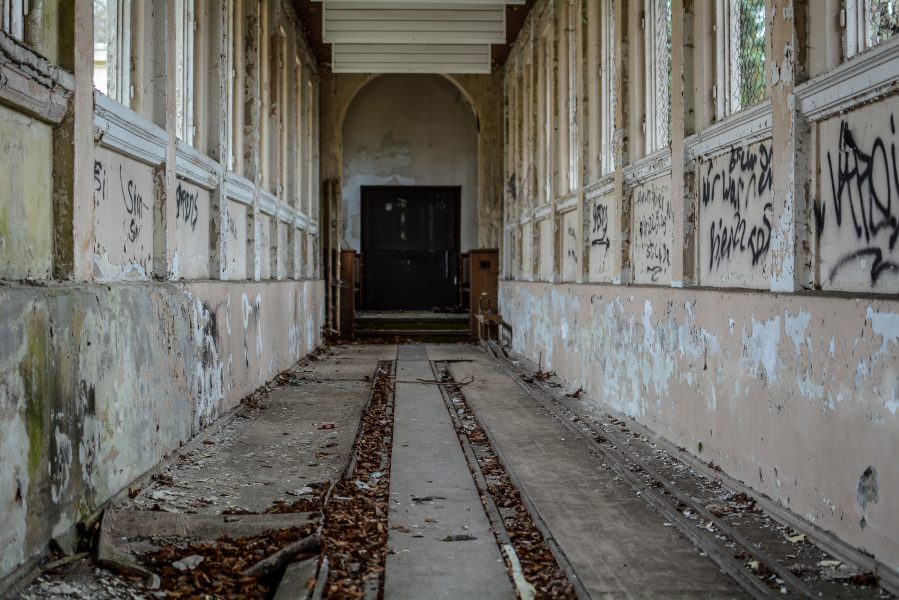 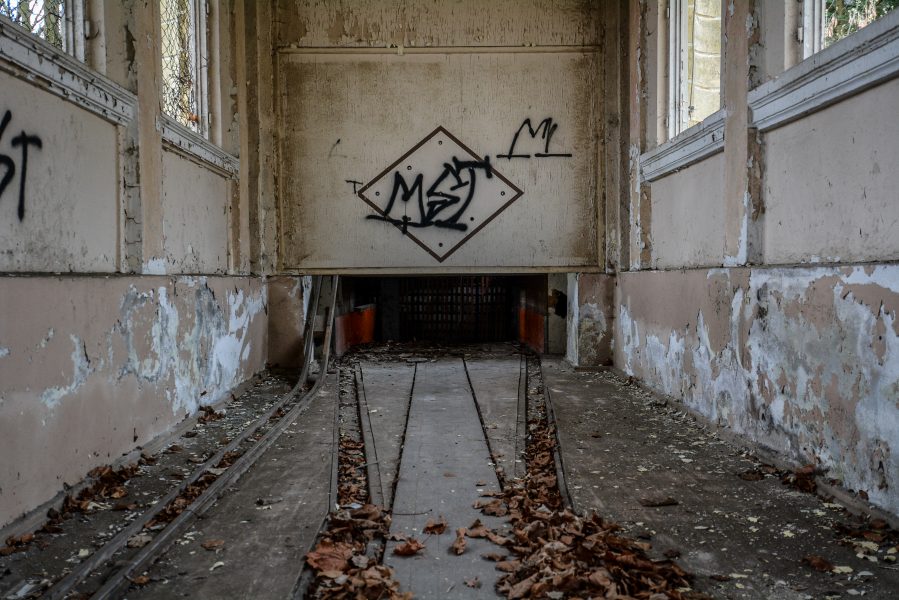 The Colonel General of the Wehrmacht Gotthard Heinrici charged with defending Berlin – set up camp here as the commander of the Heeresgruppe Weichsel. He defied Hitlers orders and chose not to send his men into a suicide mission to break through the soviet lines surrounding Berlin and was then relieved of his command. 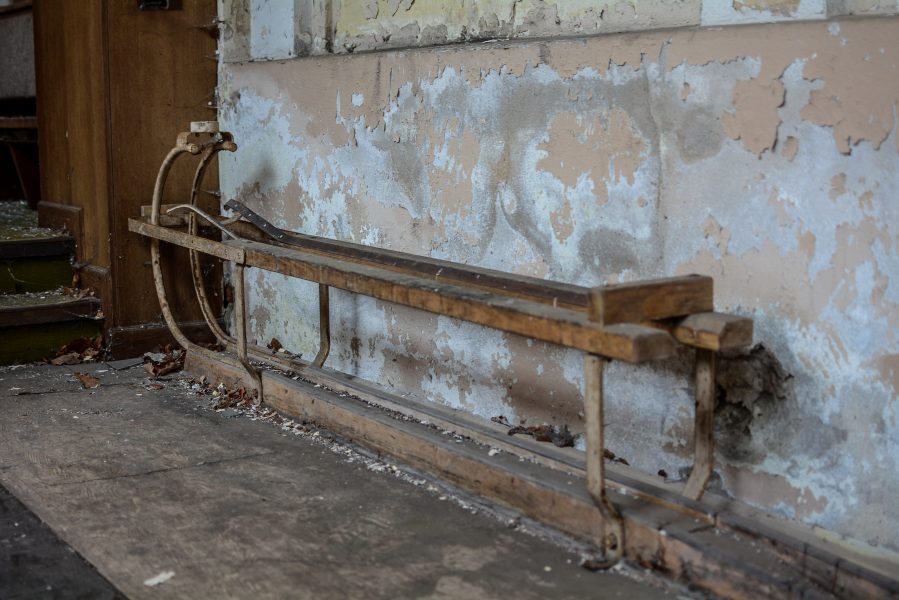 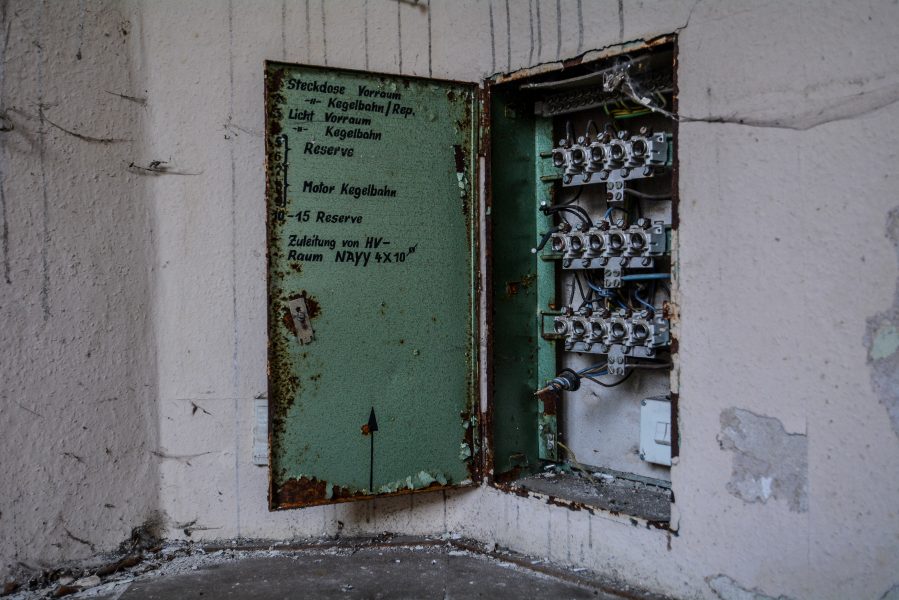 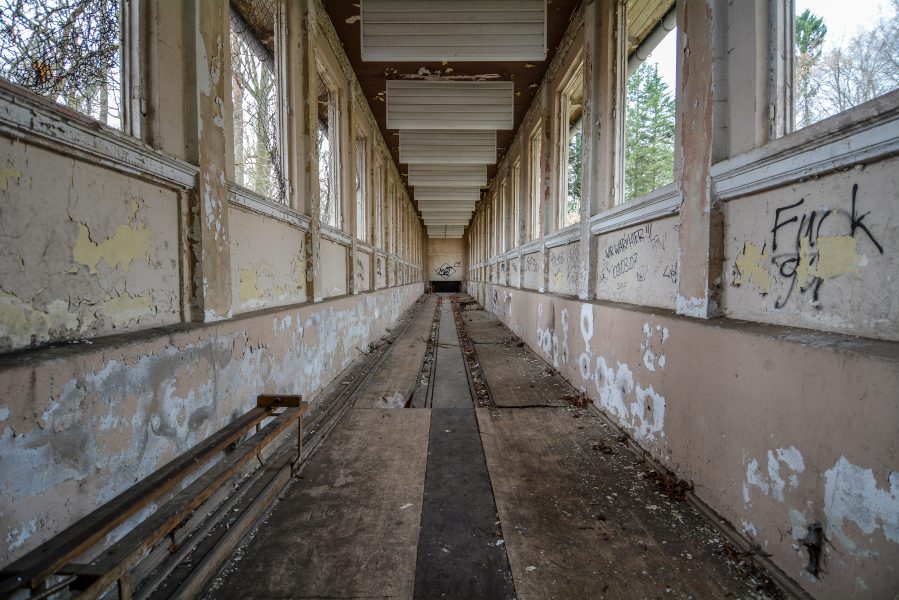 When the war ended, the Soviets decided to make themselves at home in Dammsmühle. At first it served as a hospital for soldiers and was then later turned into a officers casino for the red army. The soviet administration handed over Schloss Dammsmühle to the East German state in 1951, which at first used it as an educational center, recreational retreat and pioneer camp. Erich Mielke and the Stasi took over the Schloss in 1959 and used it at their leisure.

Guesthouses and farmyard were built on the grounds, and by 1968 an underground bunker was added. The beautiful mansard roof was ripped off and replaced by a third story and roof terrace. These east german architectural changes destroyed the once harmonious architecture. Erich Mielke – ever the sport fan – built a colonnade on the side of the castle to house a bowling alley (the german bowling, not the american version). 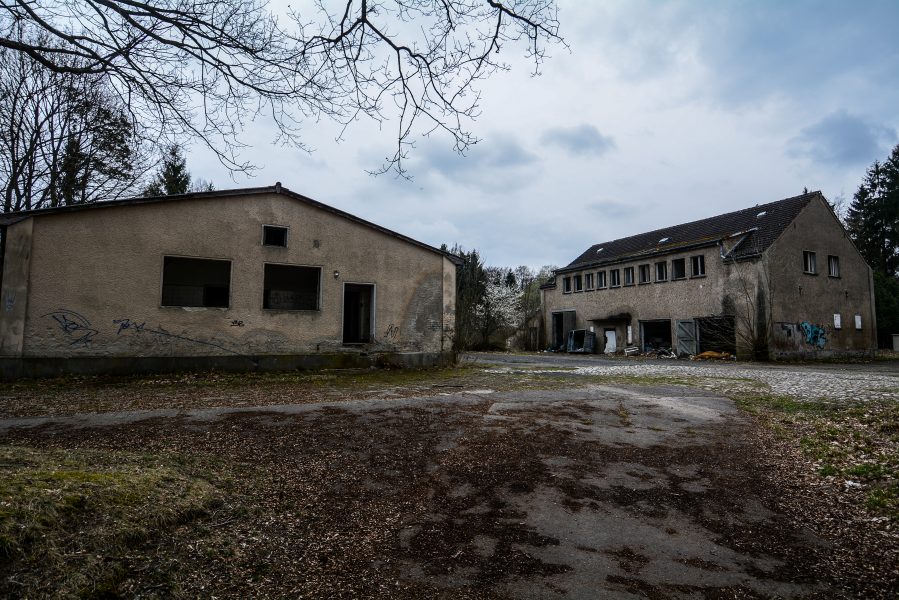 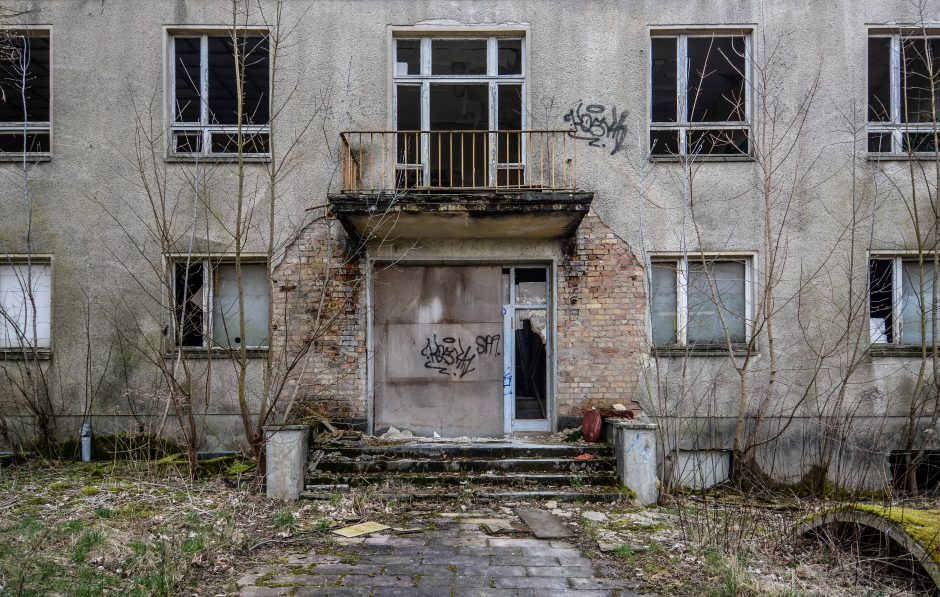 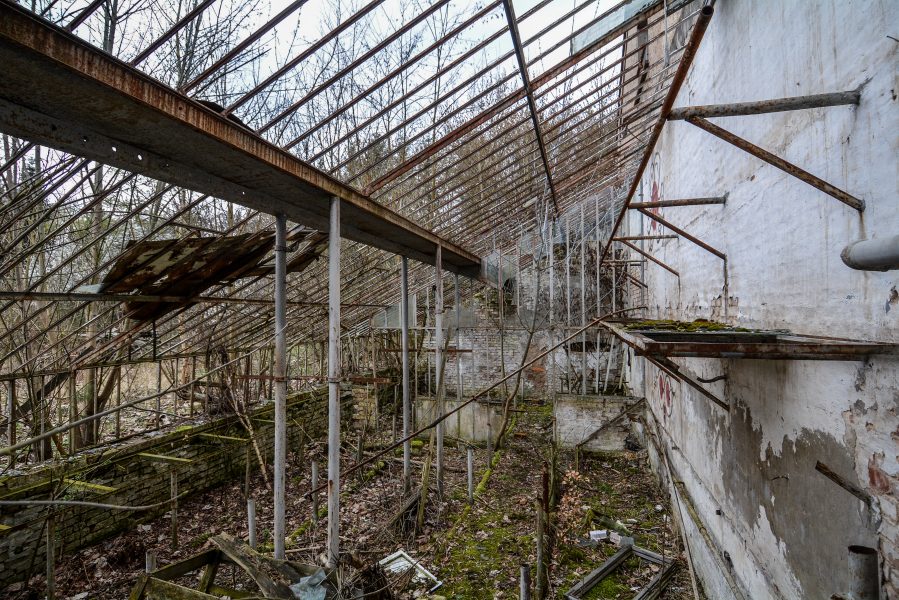 New life as a TV prop

After 1990, the newly unified German State took over the owner shop of Schloss Dammsmühle. In the early 1990s, a rather popular (with octogenarian) tv series (Haus am See) was filmed here which drastically increased the interest around the castle. Numerous hiking and cycling tours around Mühlenbecker See sprung up – and it seemed like all was well.

Schloss Dammsmühle became such a popular tourist destination that the hotel and restaurants which now occupied within the castle were always booked out.  But for some reason, things took a turn for the worse. Leaseholders came and went – and the quality of the restaurants and lodging dropped dramatically. A lack of investment throughout the years was also beginning to show its ugly effects. 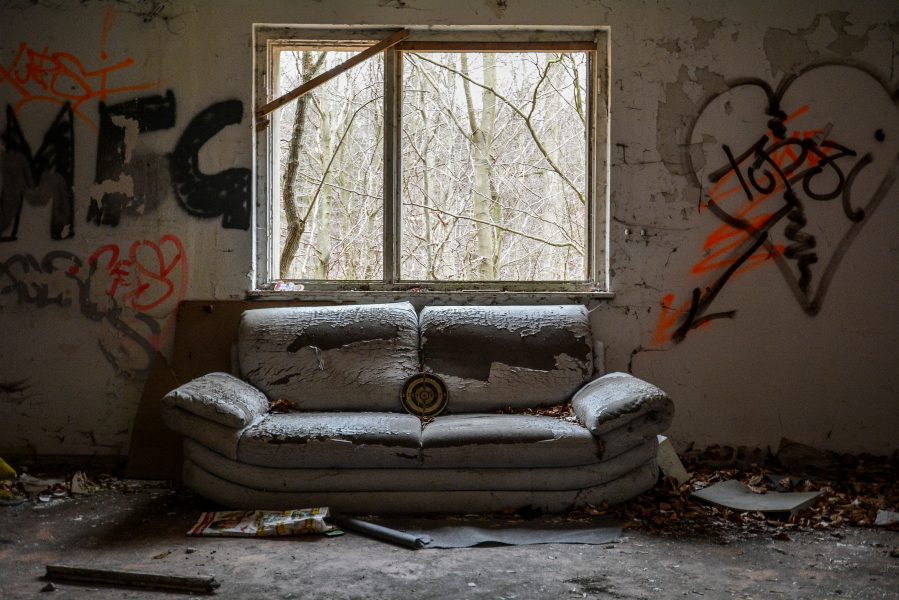 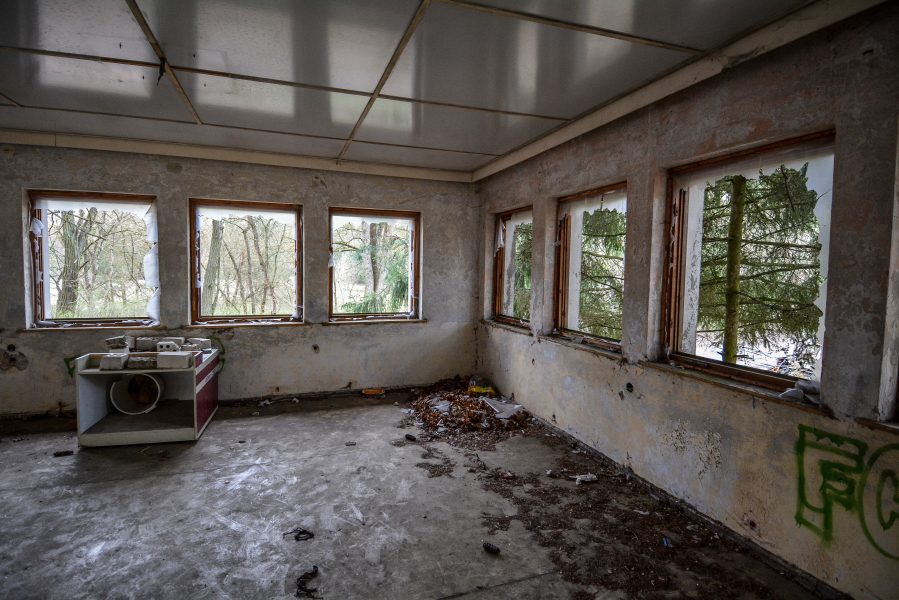 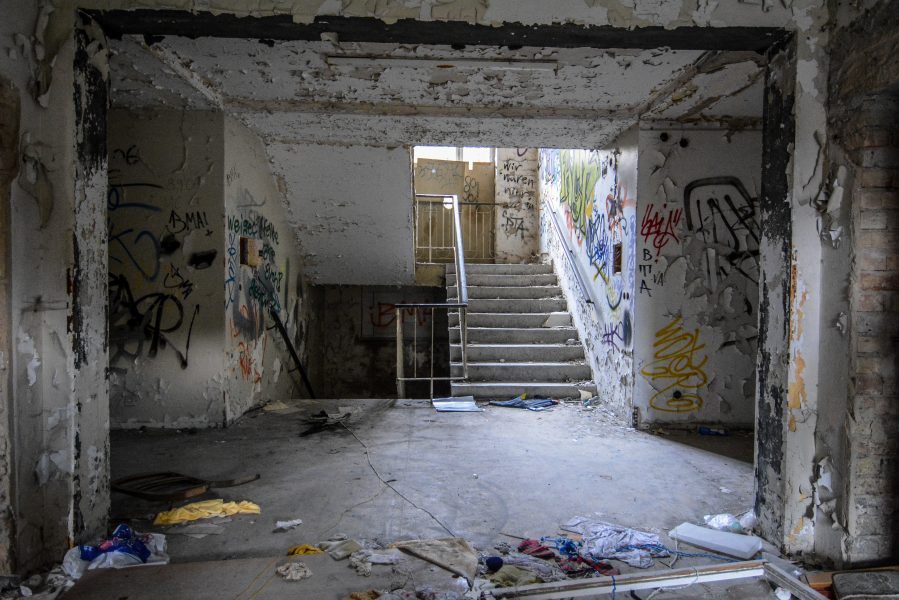 Plans were drawn up to house a clinic, a manager school and at one point a vocational training school in the abandoned castle, but all failed. In 1997, after the castle had been empty for some years, Harts family finally got their property back.

It turns out that Hart had laid claim to Schloss Dammsmühle after the war ended as the Nazis had short-changed him by 70,000 marks, but the soviets and then the east germans ignored the claims. The Harts sold the castle to a german investor as they most likely saw no real chance (or will) to reinvest a large sum of money into a property that they wouldn’t use. 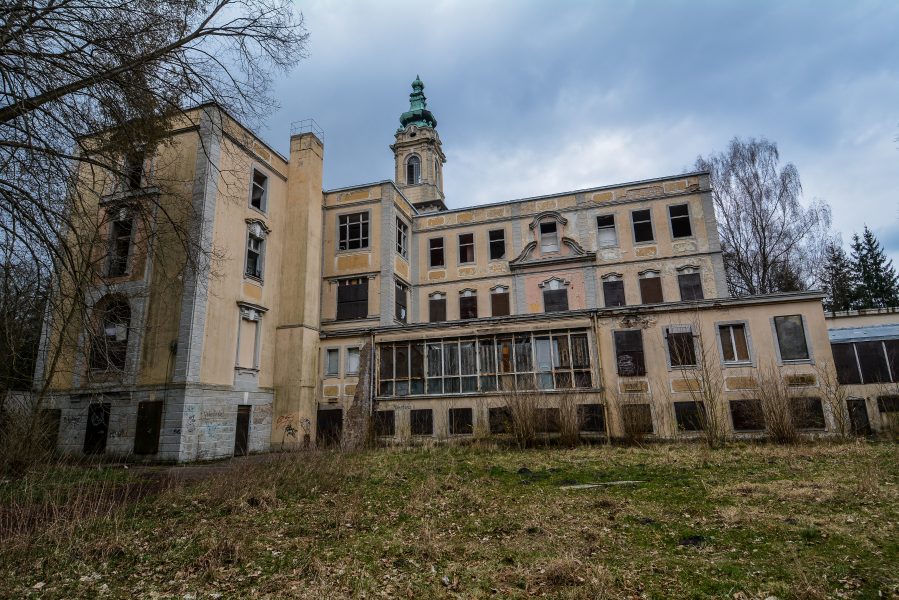 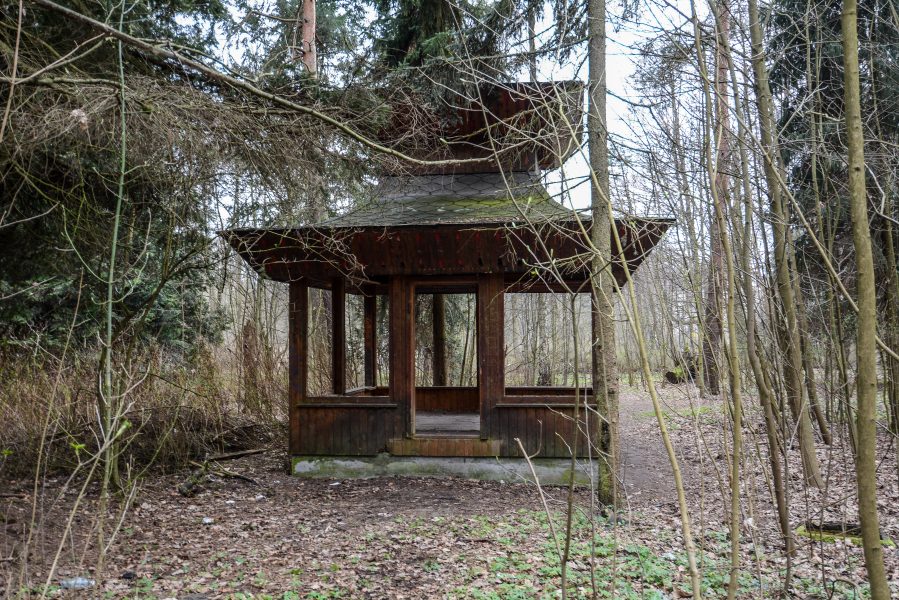 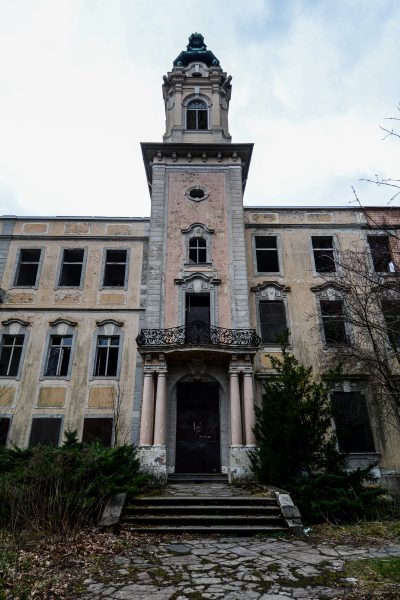 The castle was left more or less abandoned for years, though the grounds were used for open air concerts and sporting activities throughout the years, but even that died down after the early 2000s. A new investor bought the property in 2004, but until 2016 nothing visible had changed. The abandoned castle outside of Berlin was heavily boarded up and left to rot.

That was the case until the fall of 2017 – as it seems like there is finally a happy end. The investor got a building permit and was at long last allowed to renovate the building. Schloss Dammsmühle will be turned into a Hotel (again) along with a restaurant, cafe, bar and beer garden. If all goes to plan, the first events will be held in mid 2018, though the hotel rooms will only be available from 2019 onwards. To kick things off, the owner has planned a bicycle tour in May 2018. 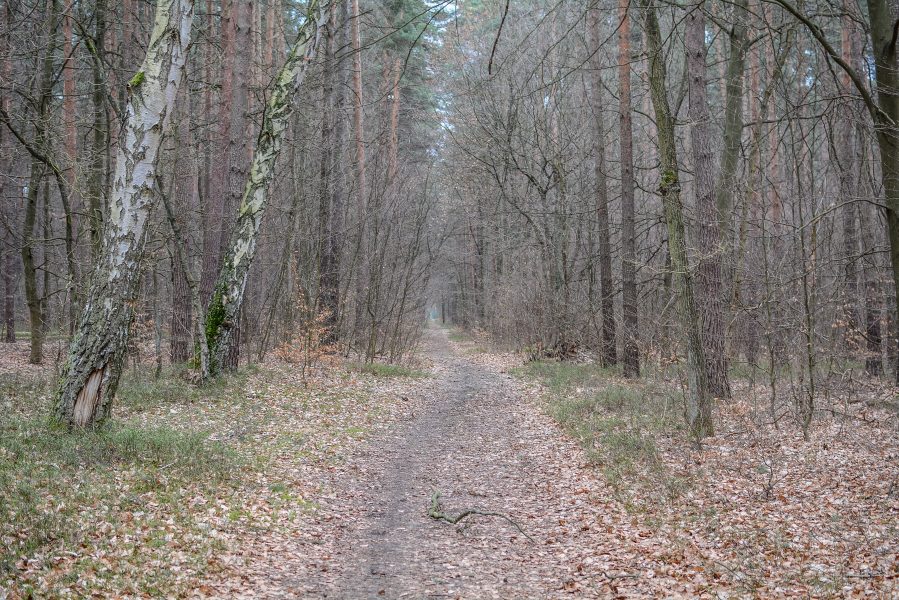 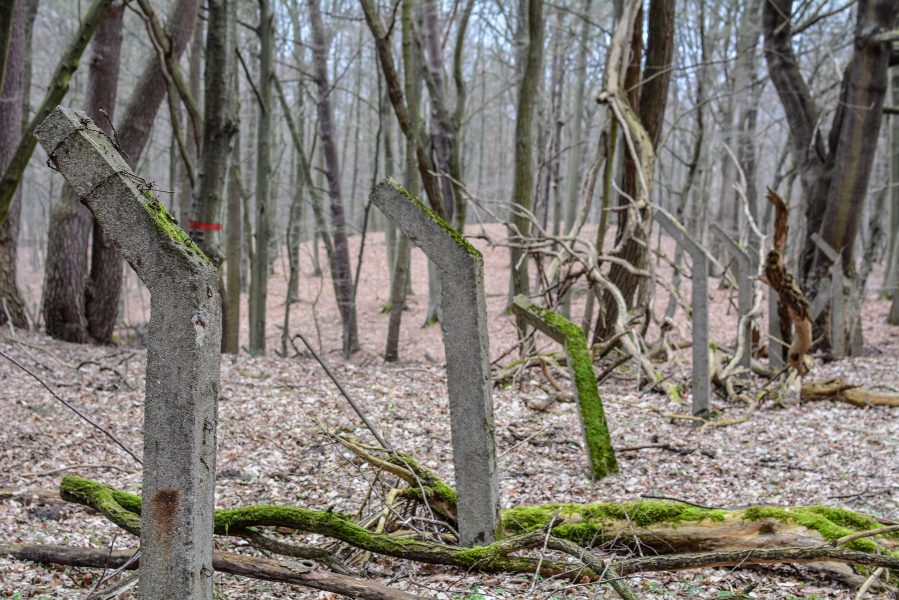 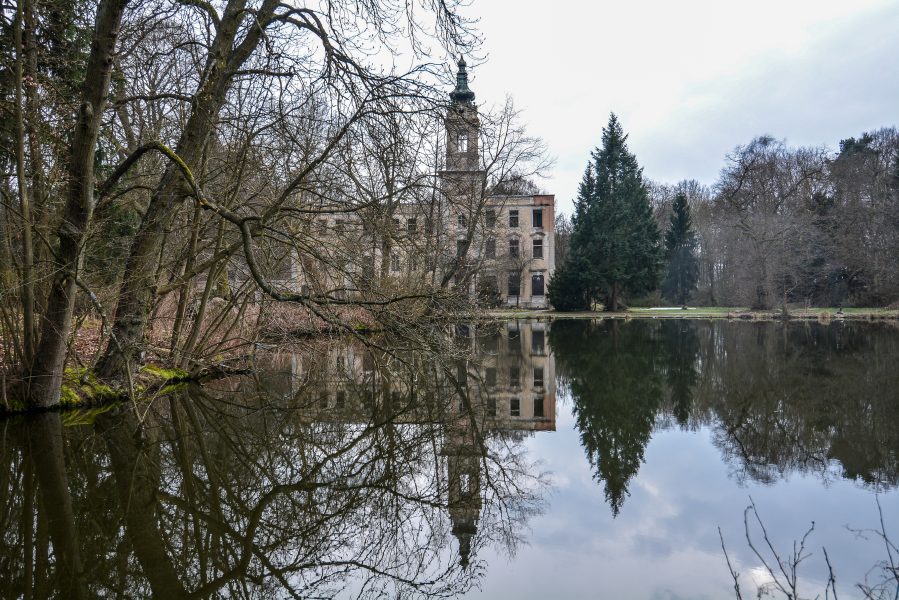 After its turbulent history and years of being abandoned, its nice to see a lost place like Schloss Dammsmühle is finally getting a happy end. These photos were taken in 2014, so the condition of the castle has changed. With the renovation works most likely already in progress theres a good chance that the castle might be covered up in scaffolding. Nevertheless the route to get to Schloss Dammsmühle is very picturesque, and a bicycle trip through the forrest is highly recommended.