When the DDR erected the „Antifaschistischer Schutzwall“ – aka the Berlin Wall in 1961, the 160 Kilometer long fortification was overlooked by 302 Watchtowers. The East German Watchtowers weren’t only used for guarding the Berlin Wall, but served as Guard-posts for Prisons, Storage Facilities and a wide range of military facilities. As quickly as the Berlin Wall sprung up, it disappeared again – along with it the infamous towers. The wall came down so quickly and efficiently that today only roughly 1% of it has survived as a memorial – but what came of the Watchtowers that sprouted in East Berlin like mushrooms?

We tried answering that question when we hunted down the last 9 East German Watchtowers in Berlin.  You can find all the Towers, History and their locations and a short description here – The Watchtowers of East Berlin. We felt though that some of the Watchtowers deserved a closer look and a few more photos – so we decided to dedicate a separate post to one of these towers dubbed “The Stasi Tower”. 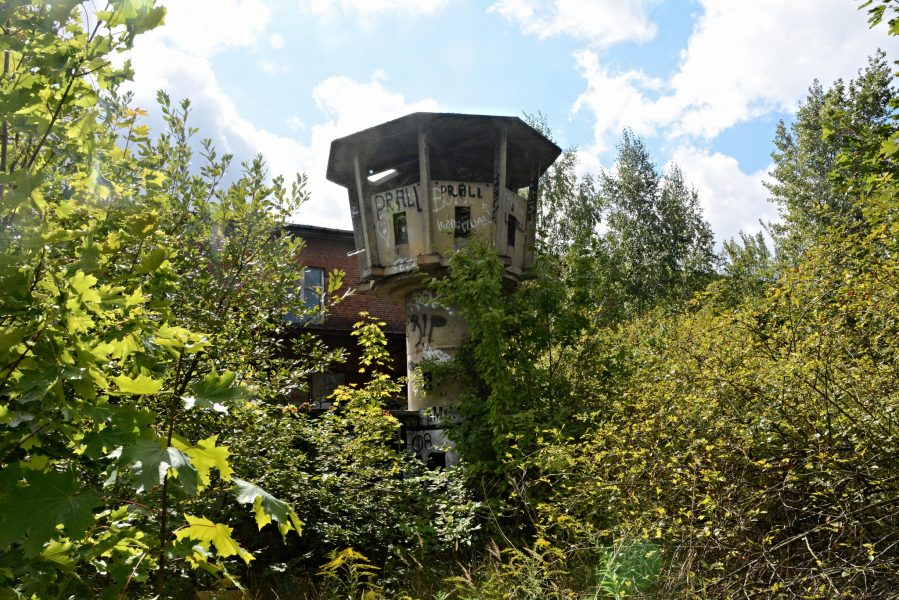 The Wachturm (or alternatively known as Postenturm) Neumagener Straße was built in 1970 on the grounds of the Hauptabteilung Personenschutz (HA PS). The property which housed the Stasi was originally known as the Askania Werke – which mainly produced Aeronautical and Navigational equipment and scopes (but also film cameras used during the 1936 Olympics). After 1945, the Soviet forces took over property, eventually handing it back over (after stripping it of all its assets) to the DDR in 1954.  The DDR then decided to station the Hauptabteilung Personenschutz there. 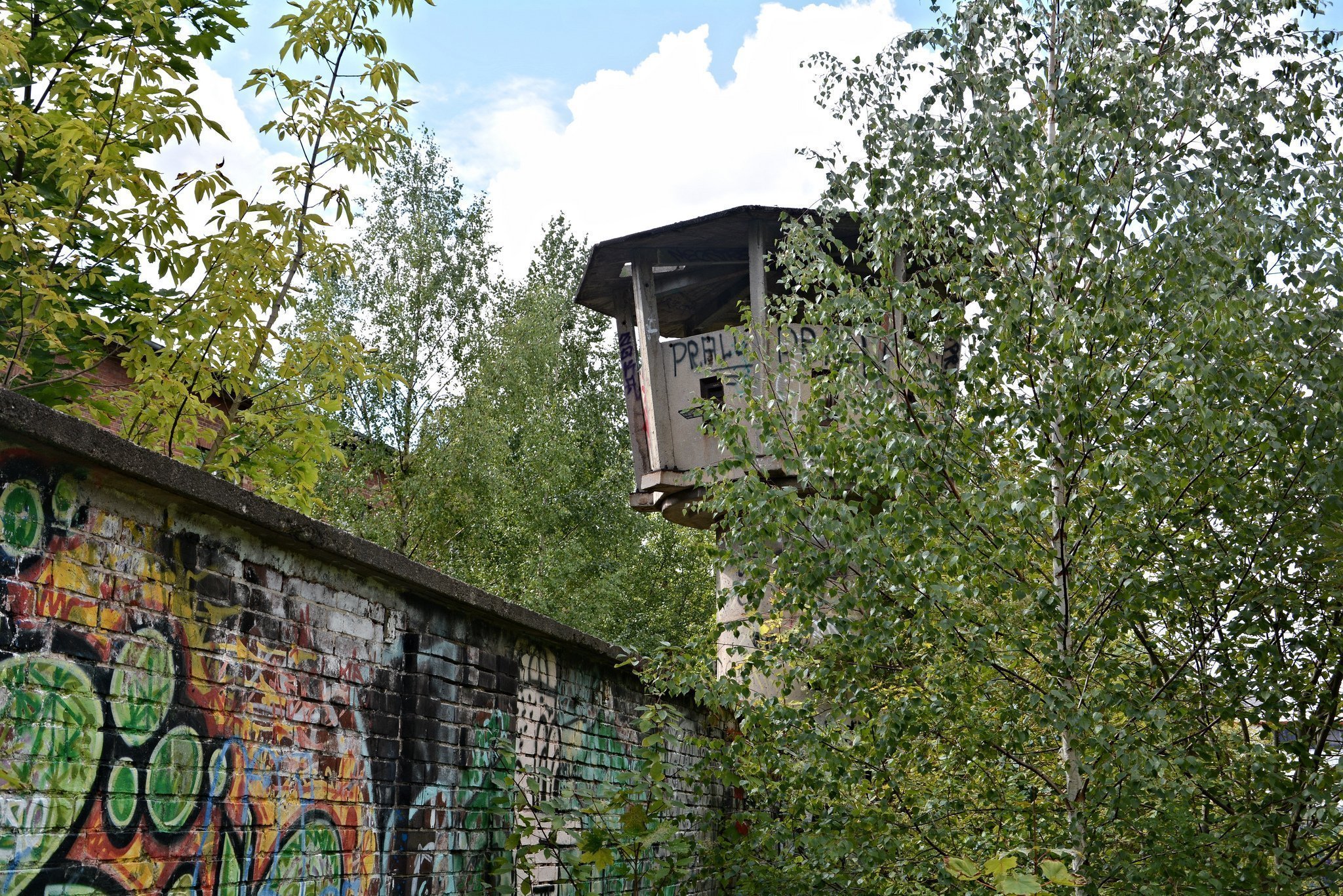 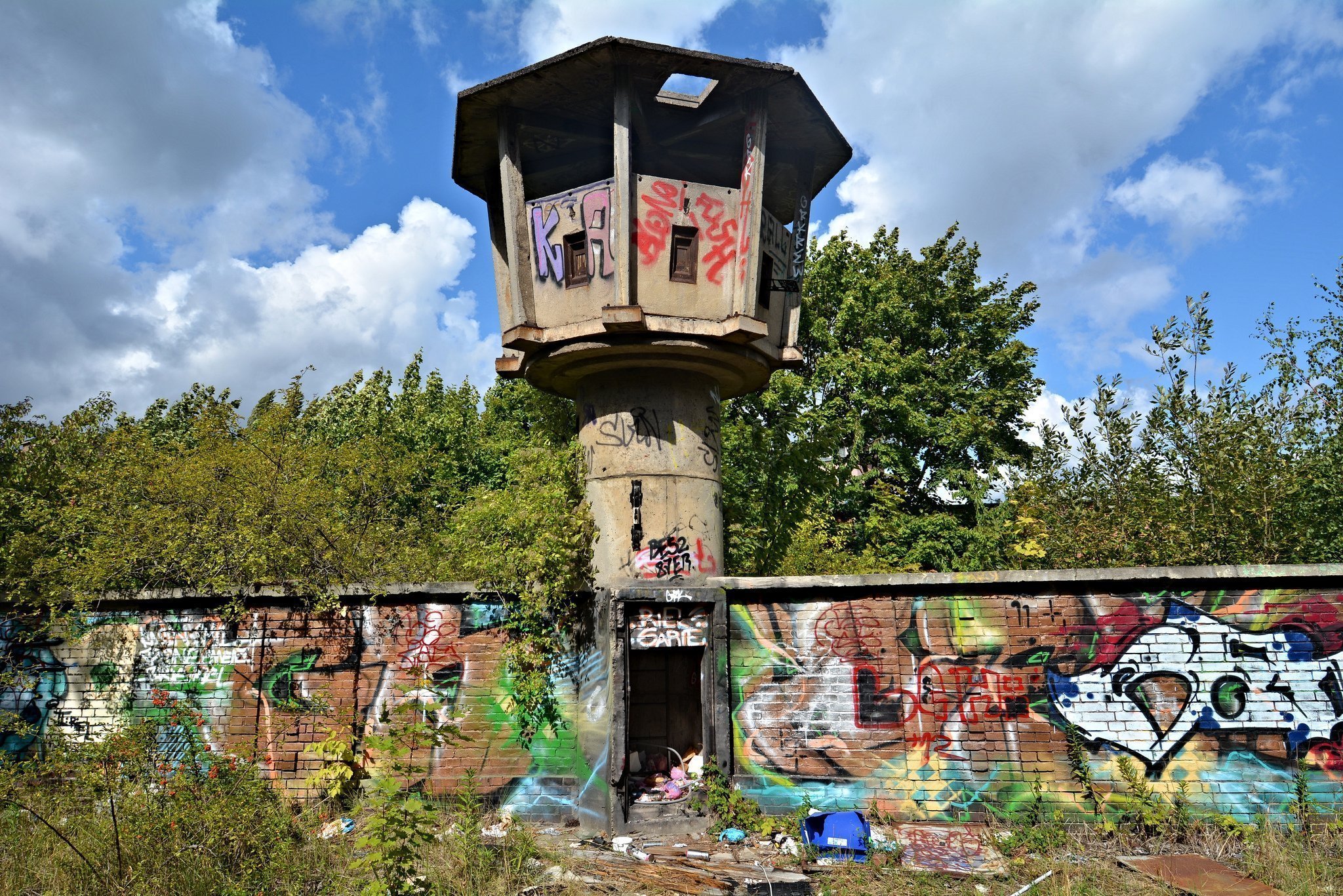 The Hauptabteilung Personenschutz was part of the Ministerium für Staatssicherheit – the infamous Stasi – and was responsible for the (physical) security of State and the Party Leaders, along with foreign dignitaries. The Government Motorcycle Escort was housed in the cellar of the building adjacent of the tower, while the other building housed the  Felix Dzerzhinsky Guards Regiment (the elite Stasi regiment) and the armory.

One of the other surviving Watch Towers of East Berlin actually guards the other F.E.D. Guards Regiment in Rahnsdorf. Its of no coincidence that the Compound (and tower) was located next to the “Protokollstrecke” – the route which Officials and Foreign Dignitaries used to parade though the city. The Neon Music Tape of Prenzlauer Berg also resides along this route.

With East Germany imploding on itself, the Stasi was moved out of the compound in 1990, and the buildings were handed over to the District Tax Office – though it is unclear if they ever used the building. The Buildings are currently empty (and they seem to have been for some considerable time) and the Tower has since been given the status as a listed building. Somebody obviously thought it was worth preserving this piece of history. 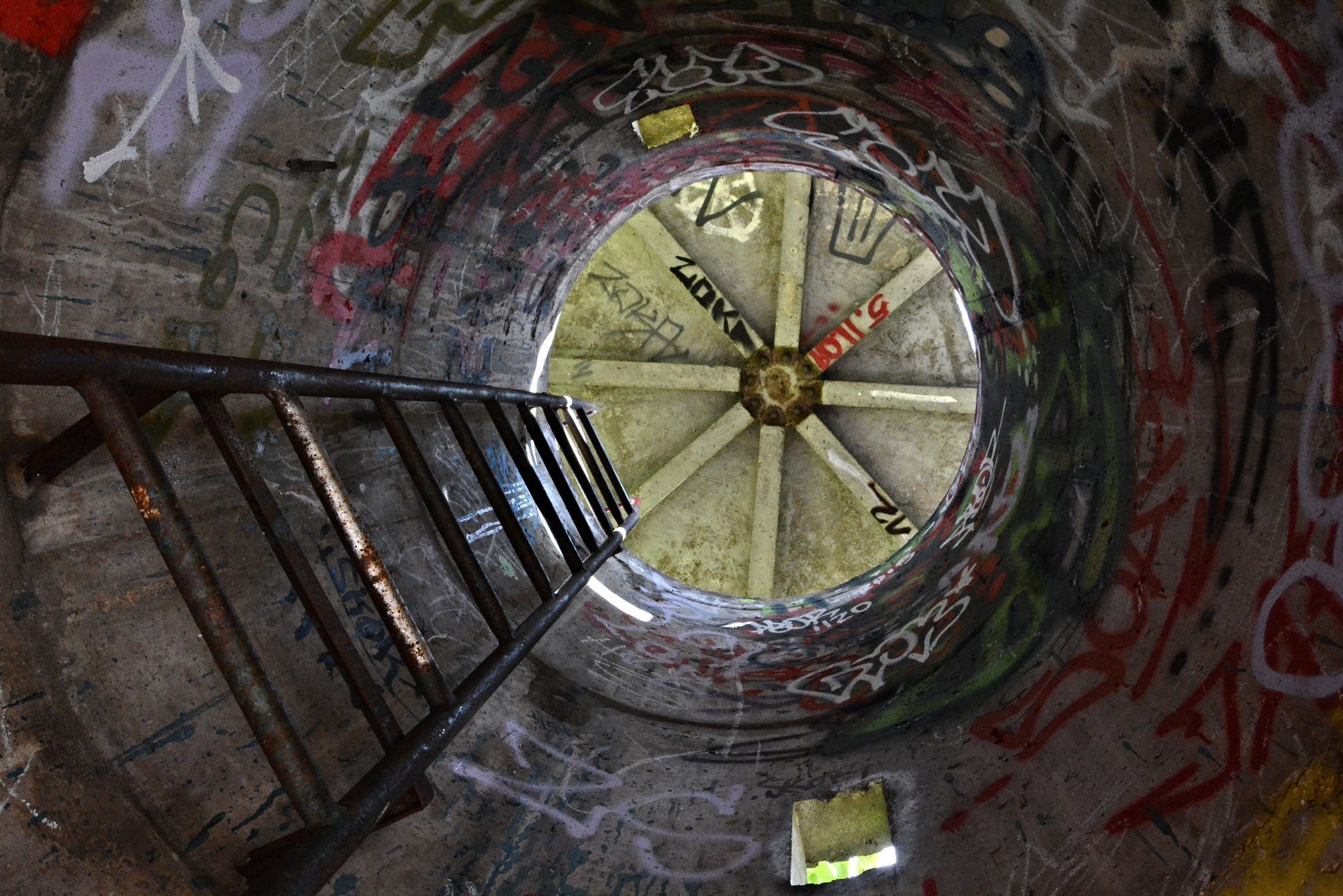 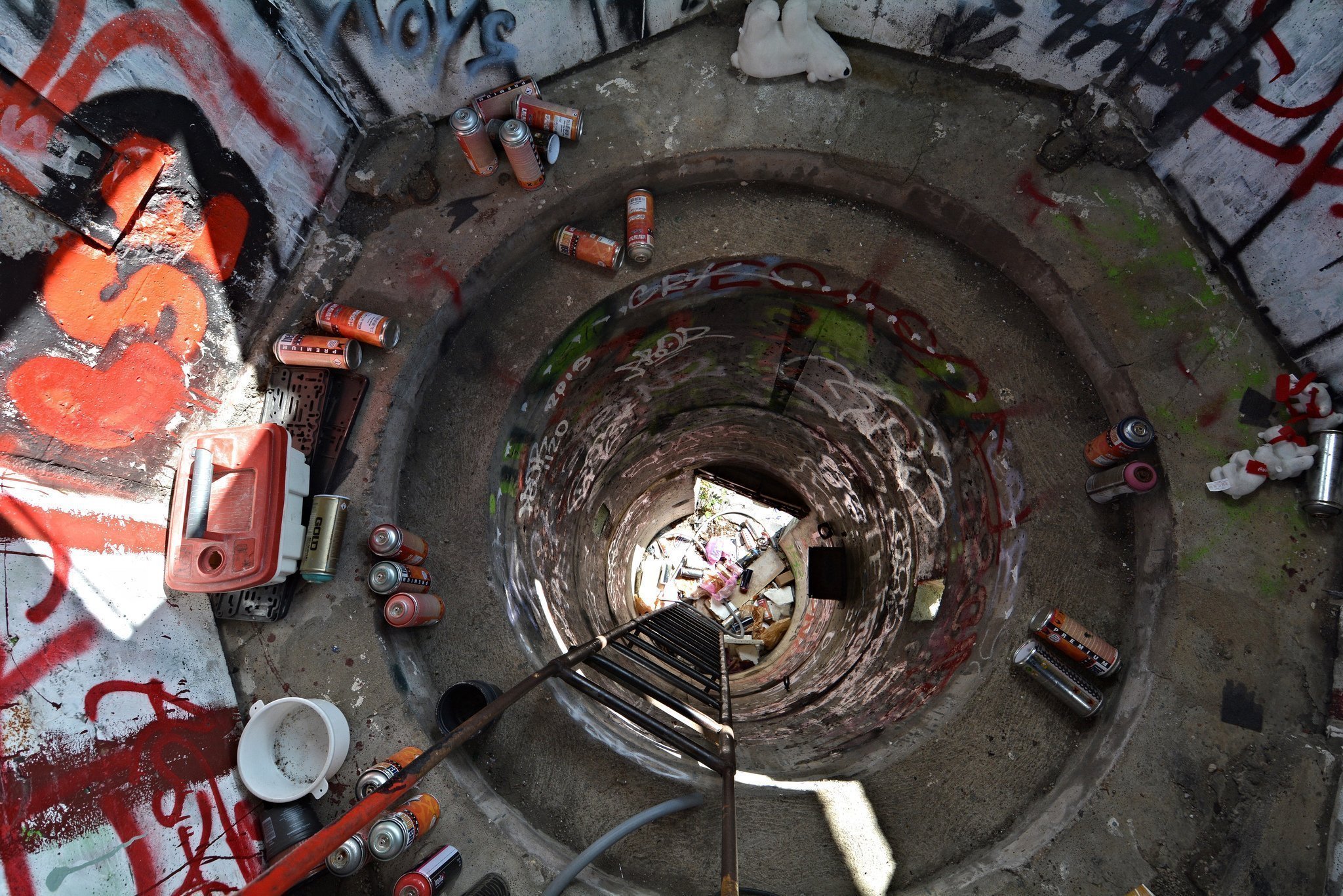 Despite its status as a protected monument – its been utterly trashed. Everything useful (to be expected) has been stripped, and its been filled with trash and covered with graffiti. The only reasons its probably still standing today is because of its solid concrete structure.  The ladder inside is relatively sturdy (unlike those weve encountered in other towers) – but the view from the top is disappointing. 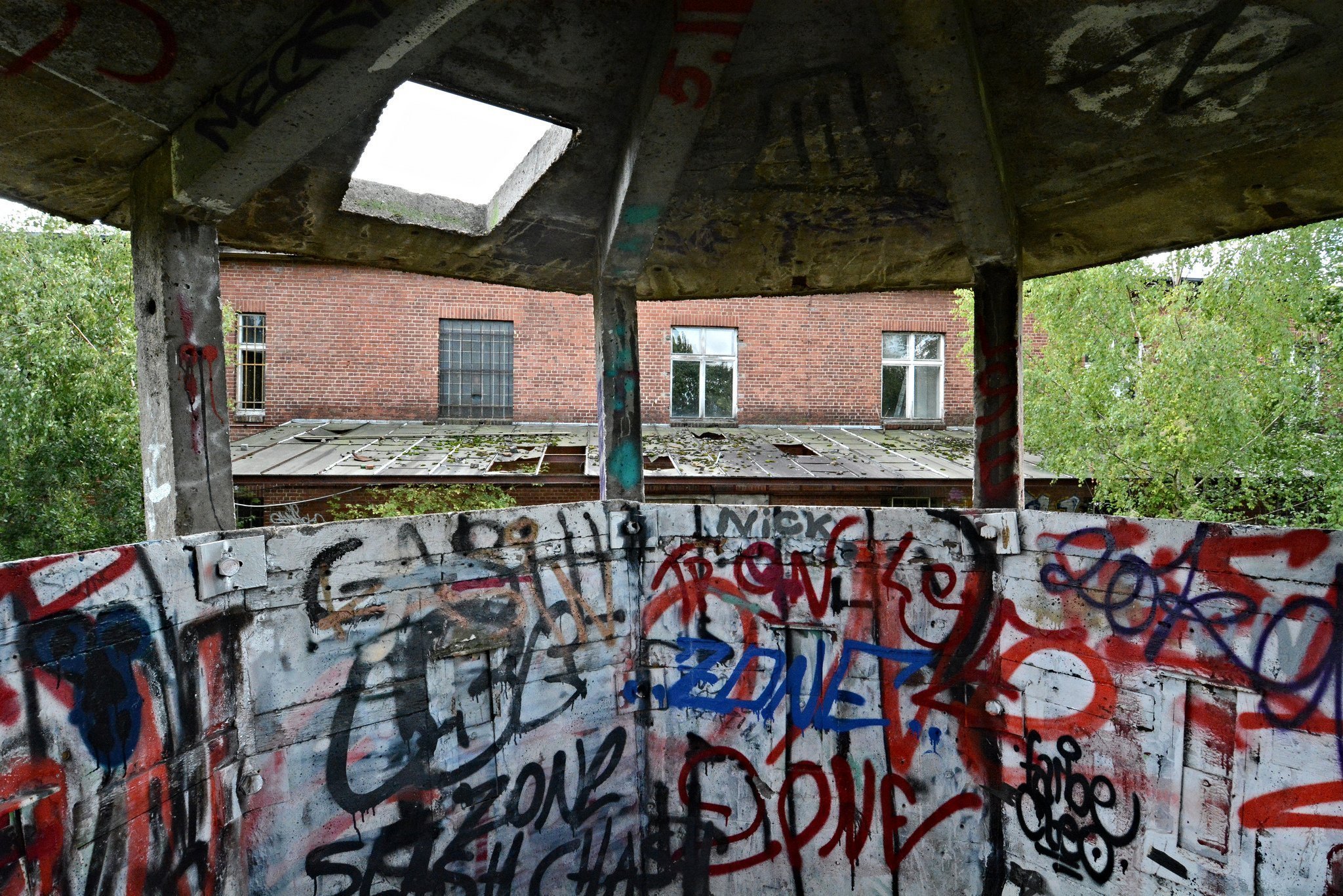 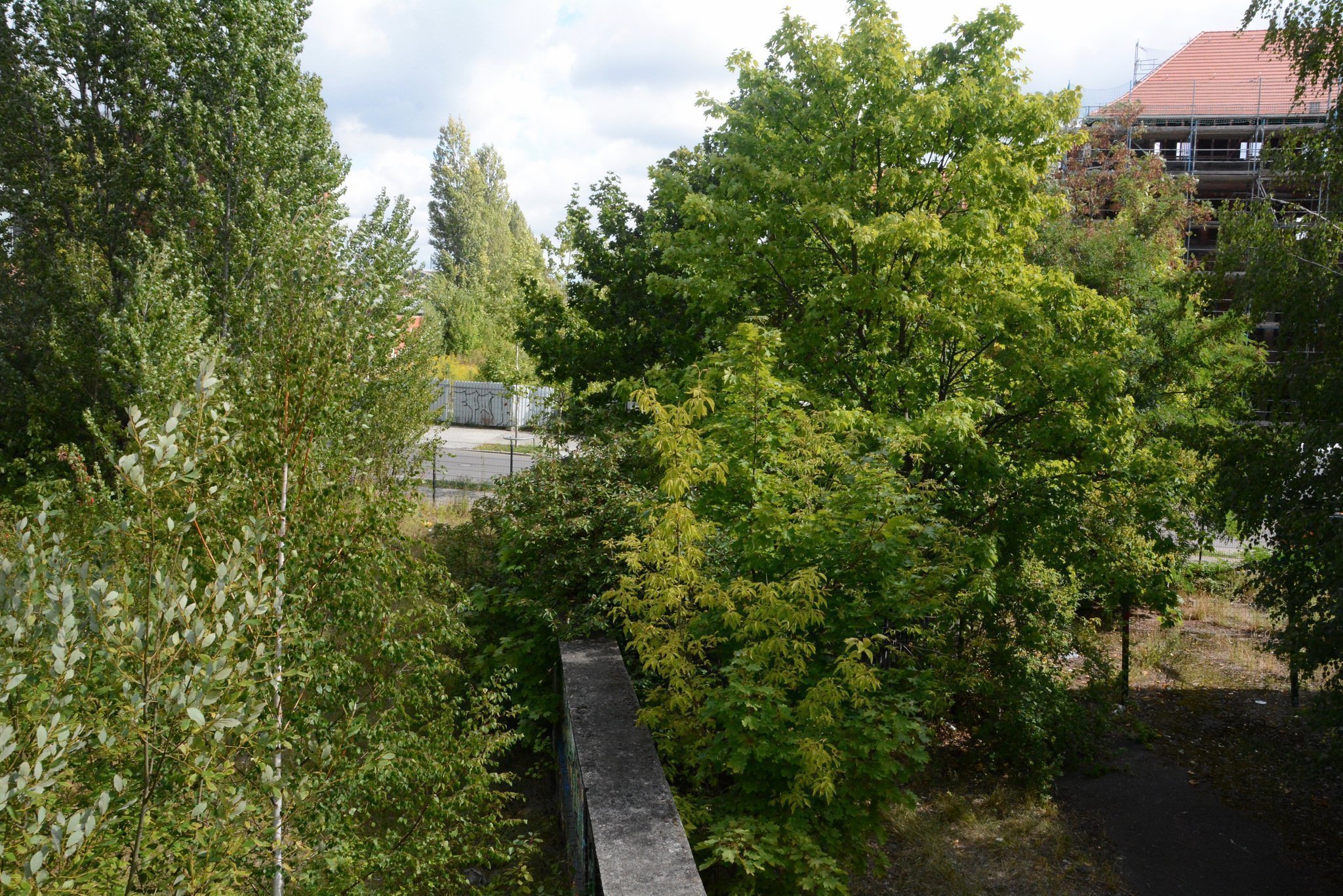 As far as we could figure out – it seems like there are currently no plans for the property, though that could change quite quickly. The neighboring property used to house the VEB Stern-Radio Berlin, once a rather big name for household radios. After the company was liquidated in 1990, the large  complex stood empty for decades but is currently being extensively refurbished.

The Tower survived the fall of the Berlin Wall and German reunification. It will most likely survive the next few years by itself as well.

“Unkraut vergeht nicht” – “The Devil looks after his own” 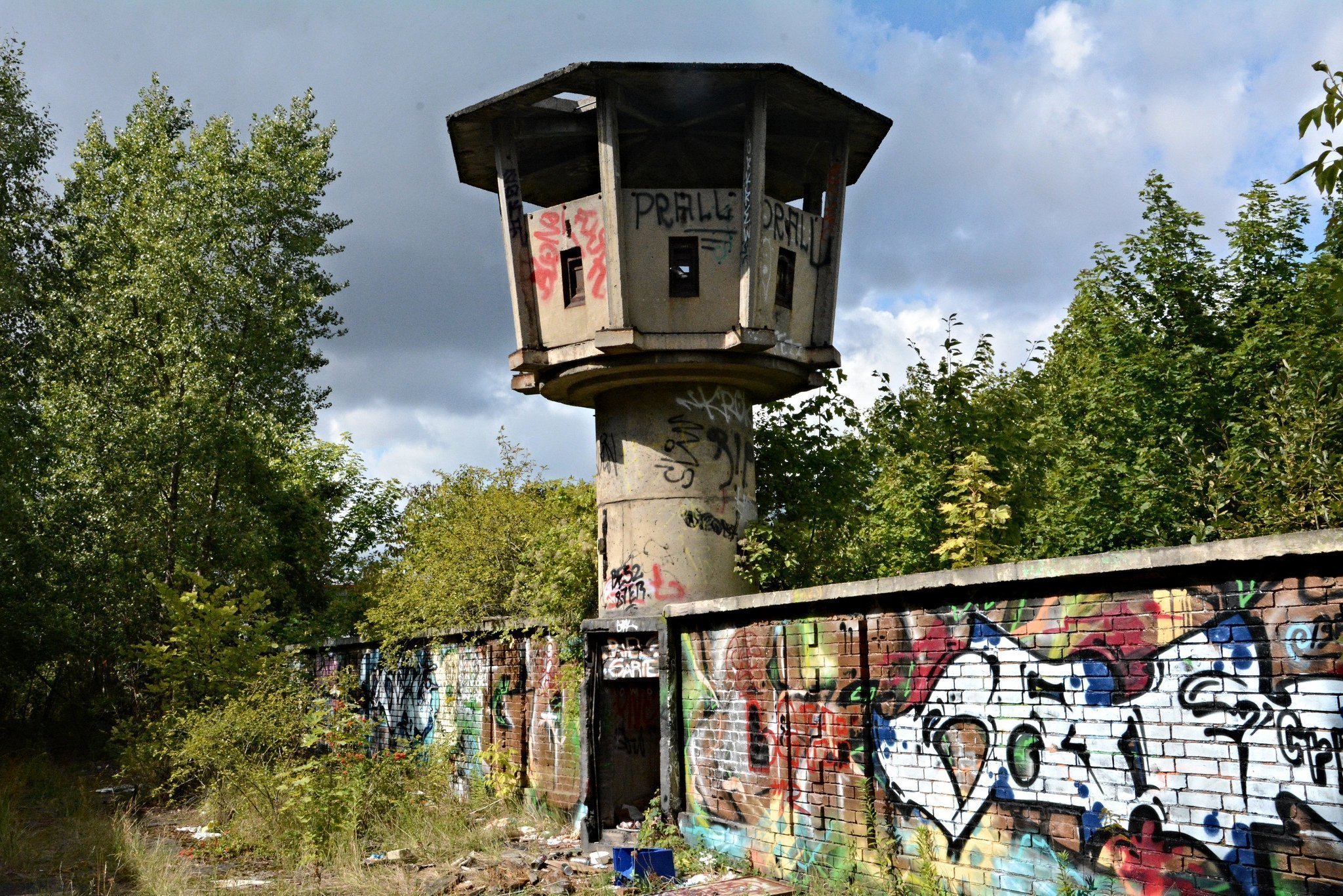