Wedged between some trees in a little forest stands a stripped Soviet helicopter. A Mil Mi-8 to be exact.

As rumors have it, the Mil Mi-8 was pushed as a project after Nikita Khrushchev was so impressed by a flight he took  in the American Presidential helicopter (a Sikorsky  S-58) in September 1959. Production for several variants of the soviet helicopter Mi-8 began by late 1965, but the soviet military largely ignored it until they saw what an asset the Bell UH-1 was for the US during the Vietnam war. The Mi-8 was and still is one of the most popular Soviet/Russian helicopter models (there are over 40 different variants) – and its production continues to this day.

Now this abandoned soviet helicopter clearly isn’t new. If you have a look at the rear section  you can spot the faded insignia of the DDR, so it seems like this was one of the 98 helicopters that the East German State had in its airforce. After German unification, the Luftwaffe took over a large part of the East German equipment – and put them to use until they were phased out in 1997. Seeing as this Mi-8 still had the insignia of the DDR, it most likely wasn’t taken over into active use. It was either used for (ground) demonstration purposes or was scrapped with the dissolution of the DDR and then dumped. Most probably the latter. Nevertheless, there isn’t much left of this beast. Its been stripped down to the hull and everything aside from a cable or two and some overhead switches have been ripped out. Its interesting to note that aside from having to learn how to fly this soviet helicopter, you apparently had to learn Russian as all the inscriptions on the control panels were in Cyrillic. A beautiful little find and an idilic location (soviet military equipment does end up in strange places), hopefully this abandoned helicopter will manage to stay undisturbed in the forest for a little bit longer. 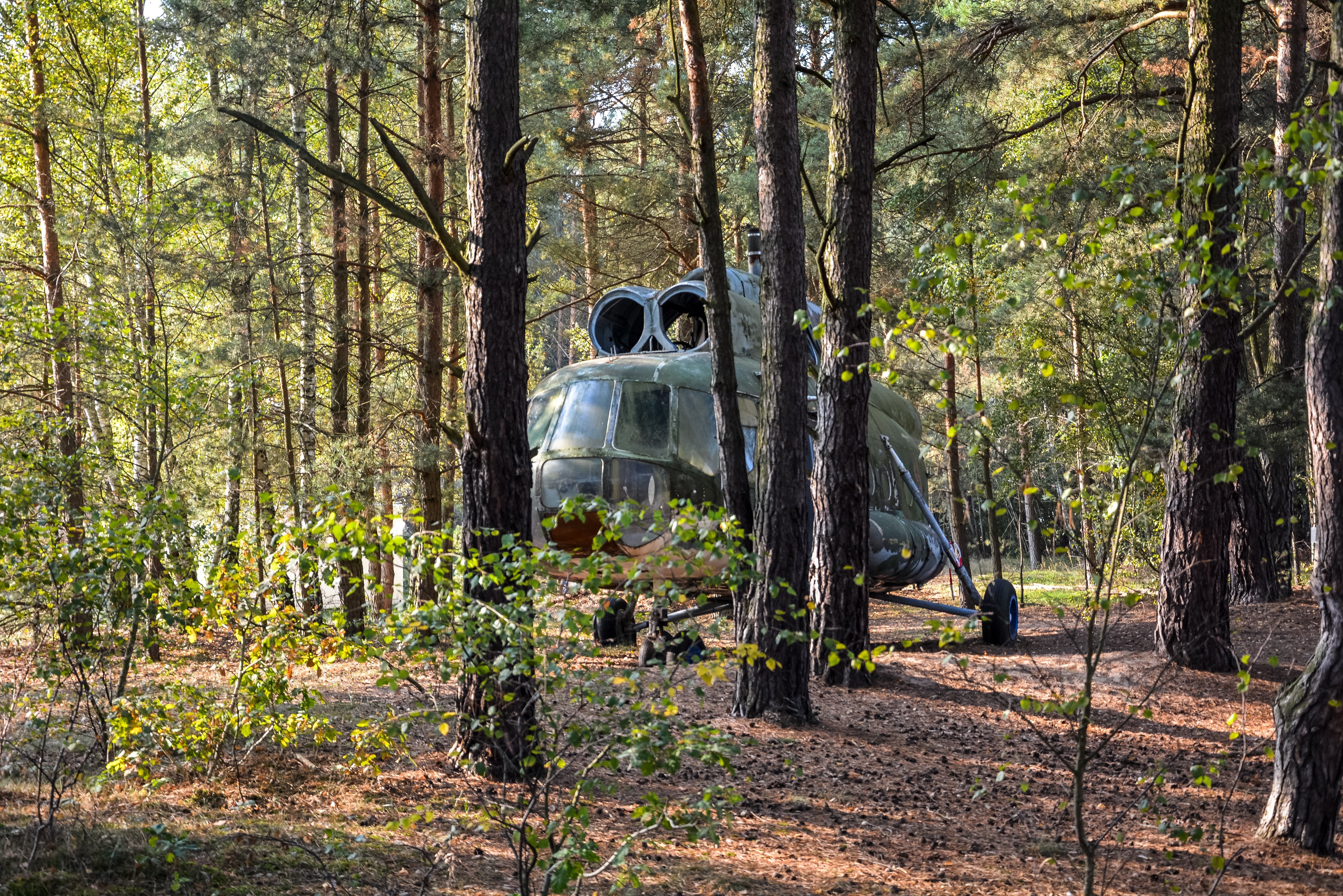 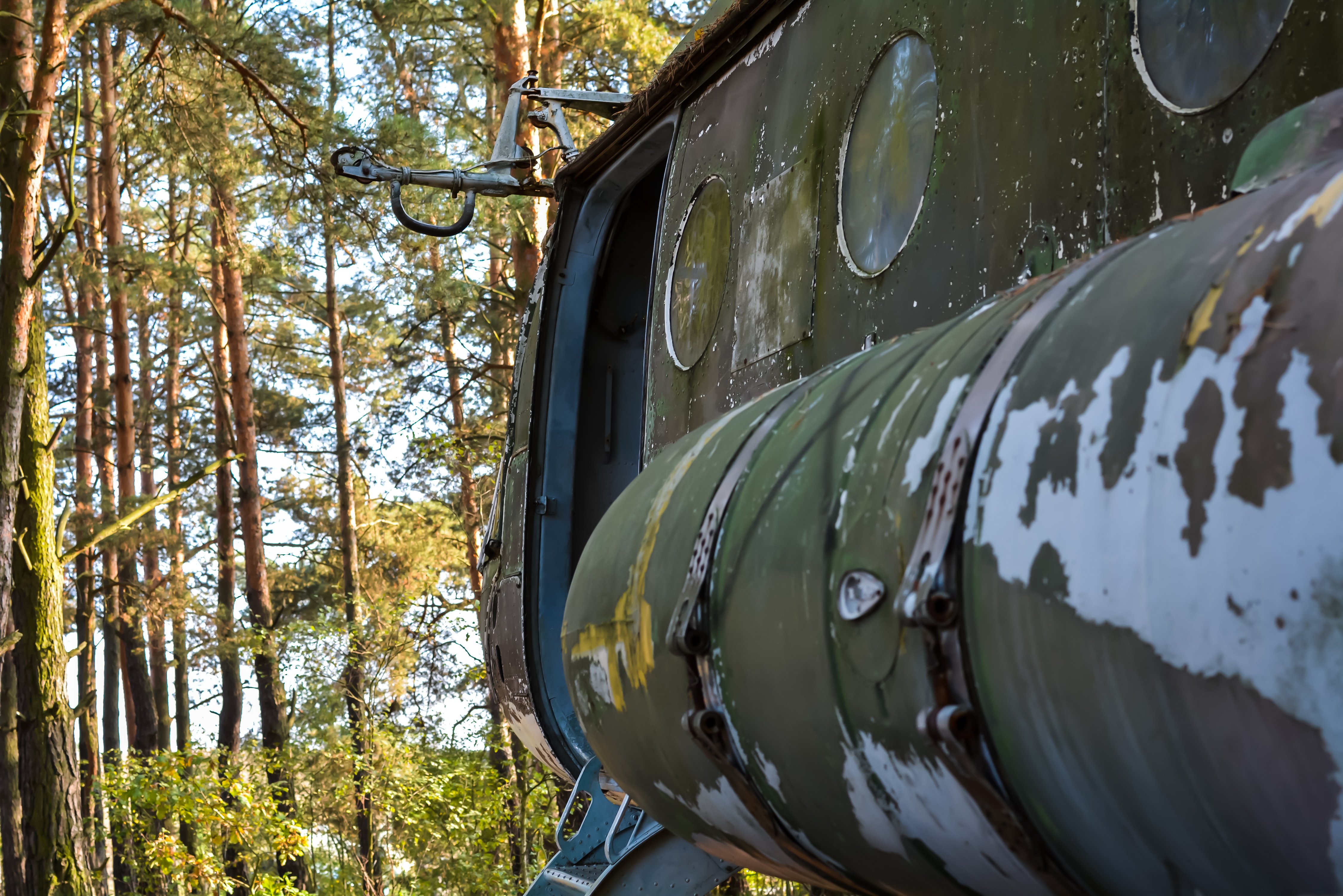 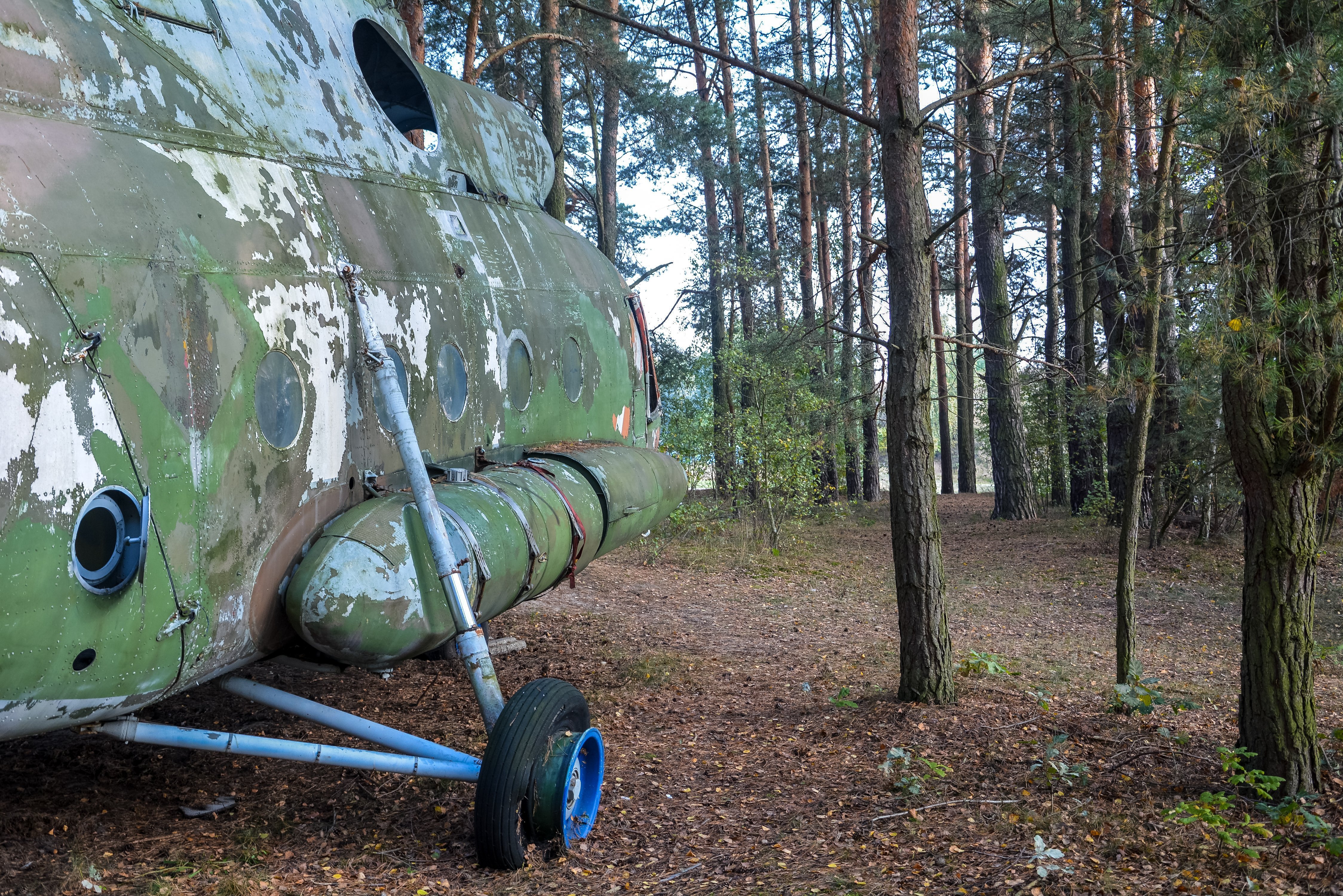 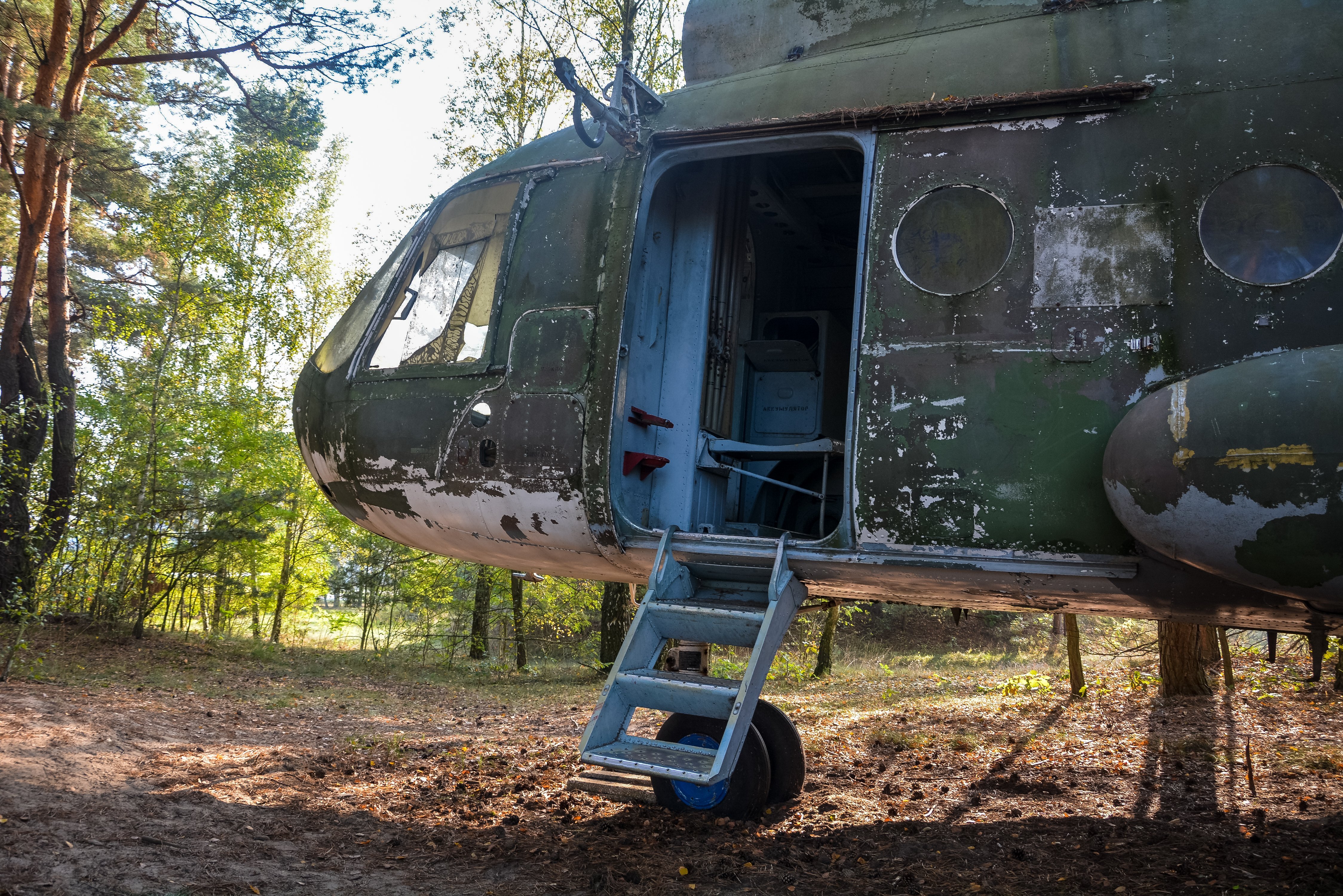 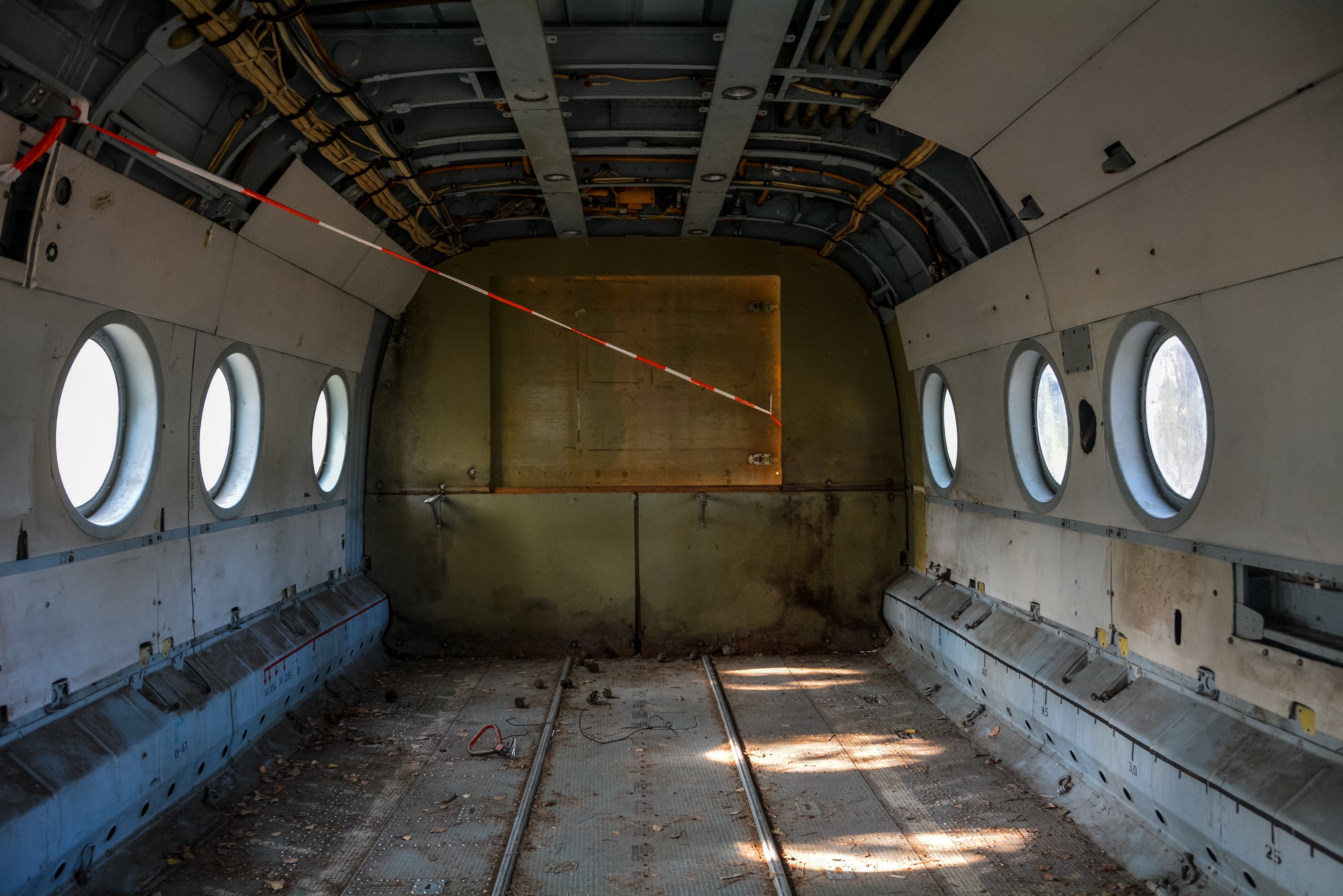 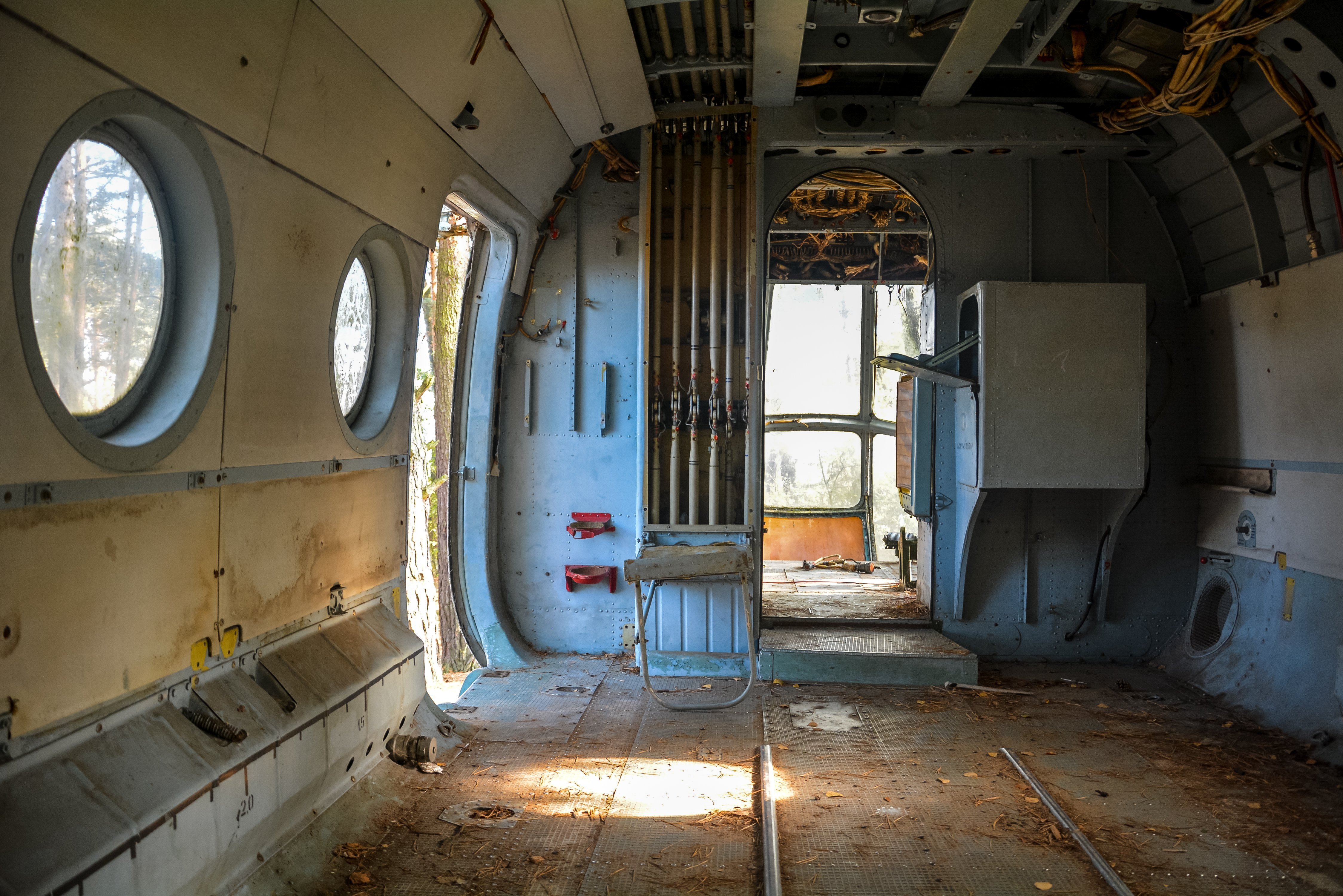 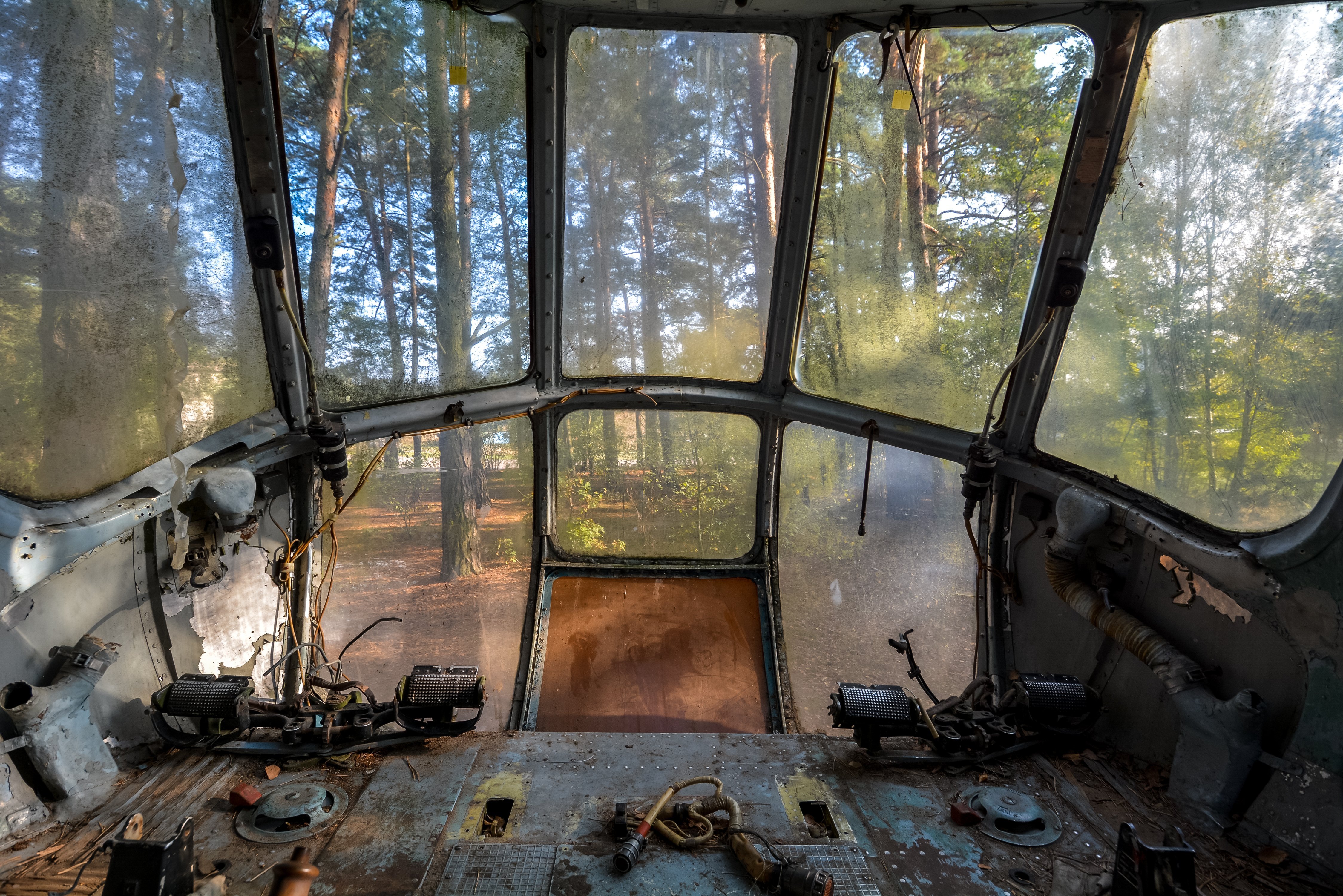 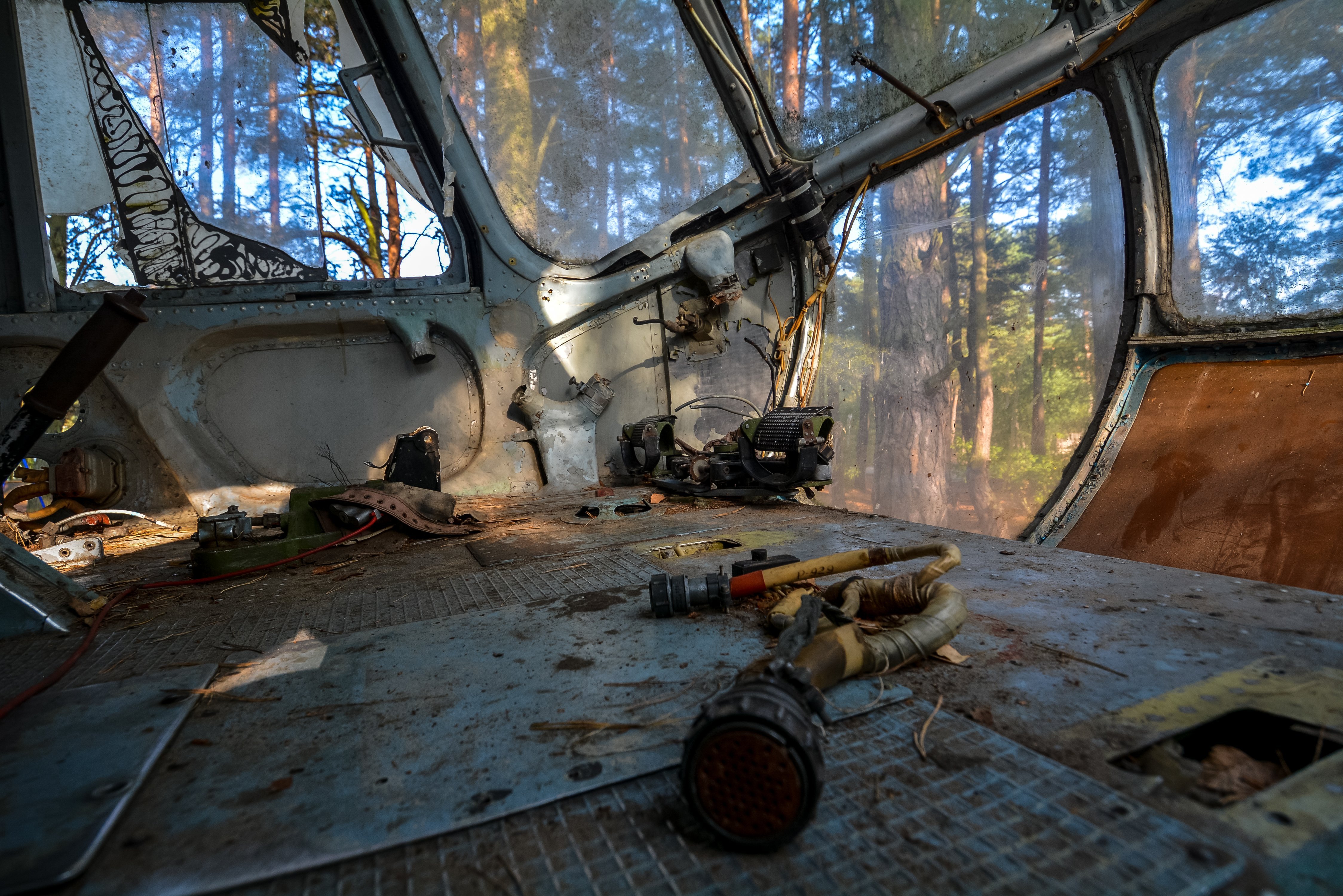 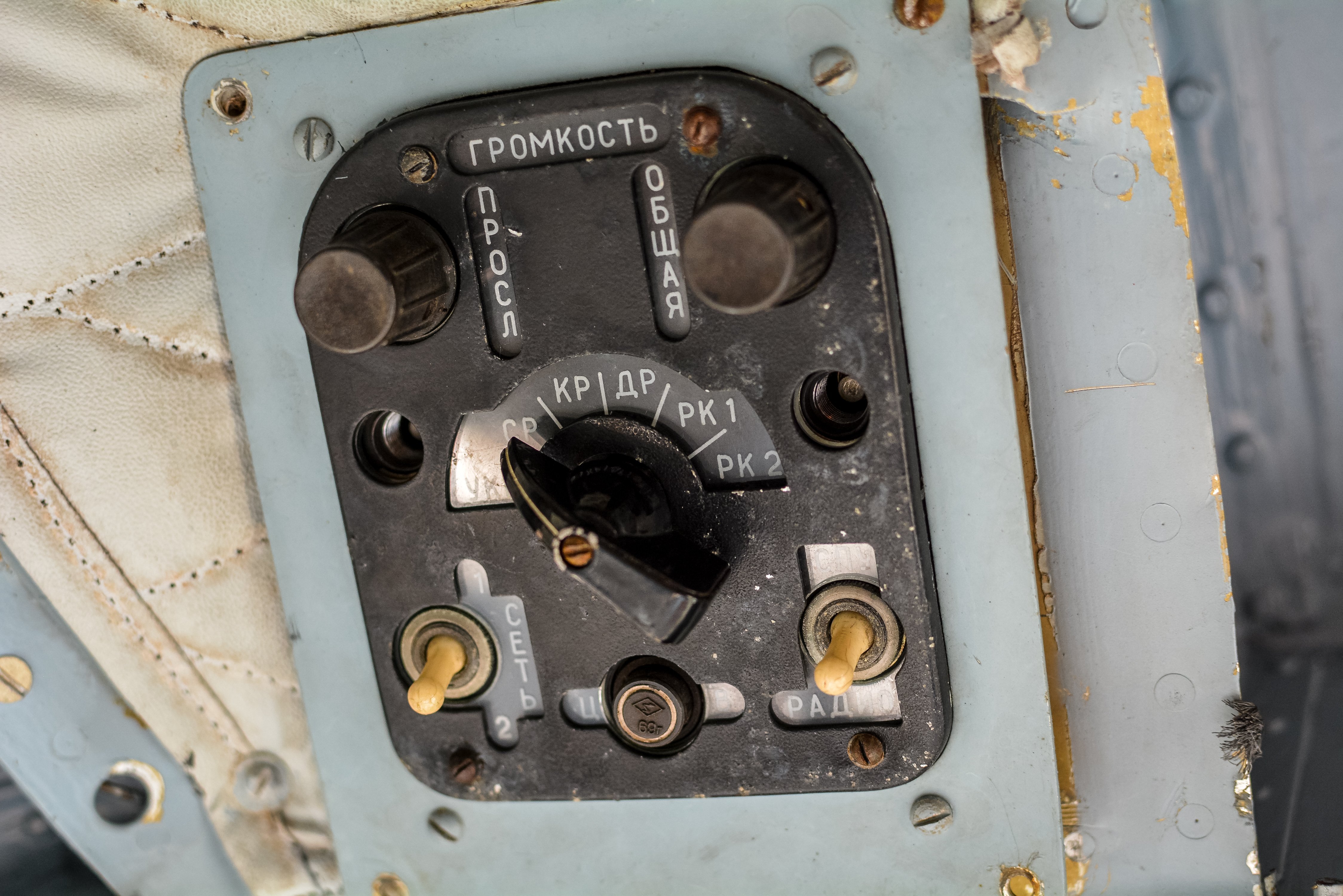 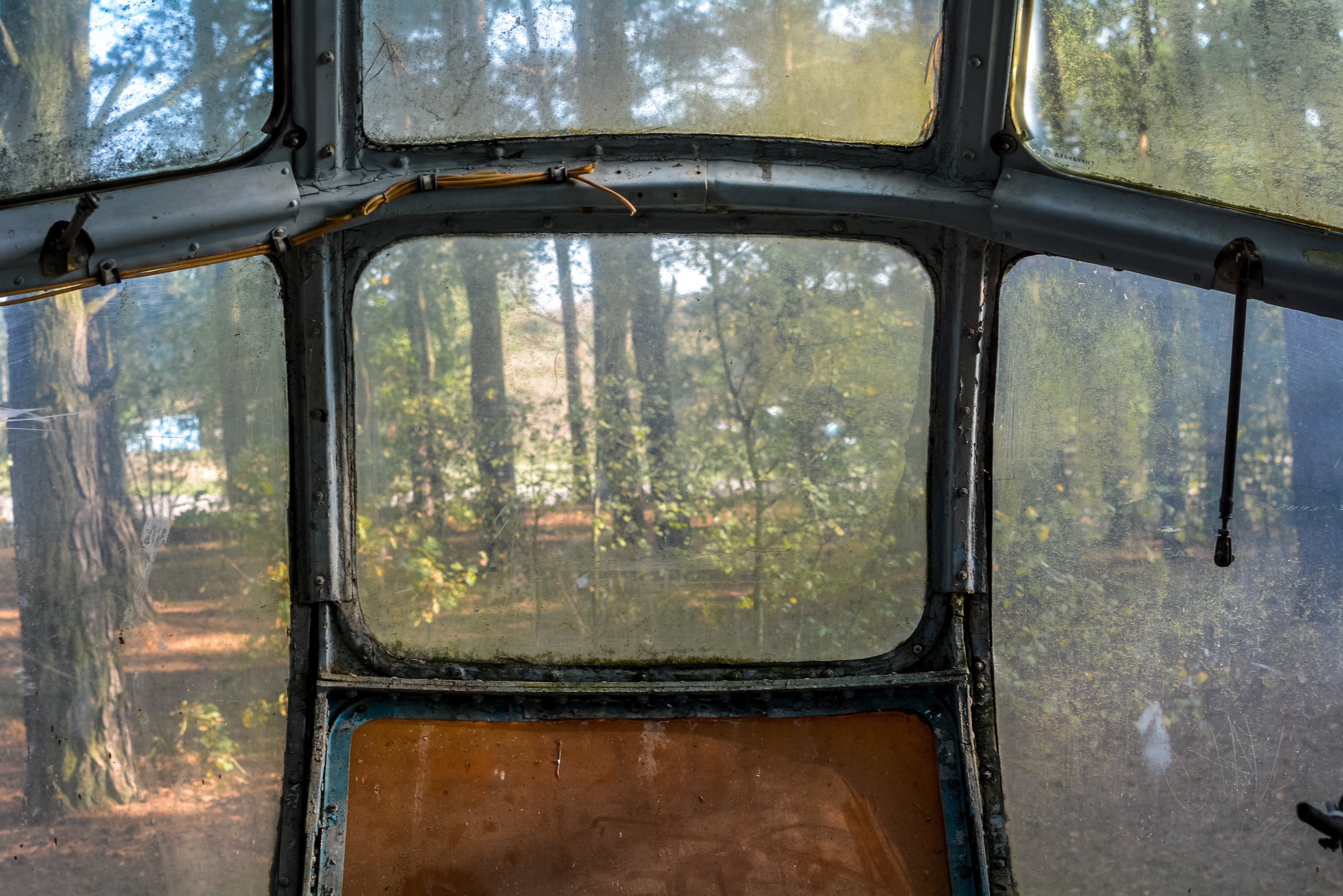 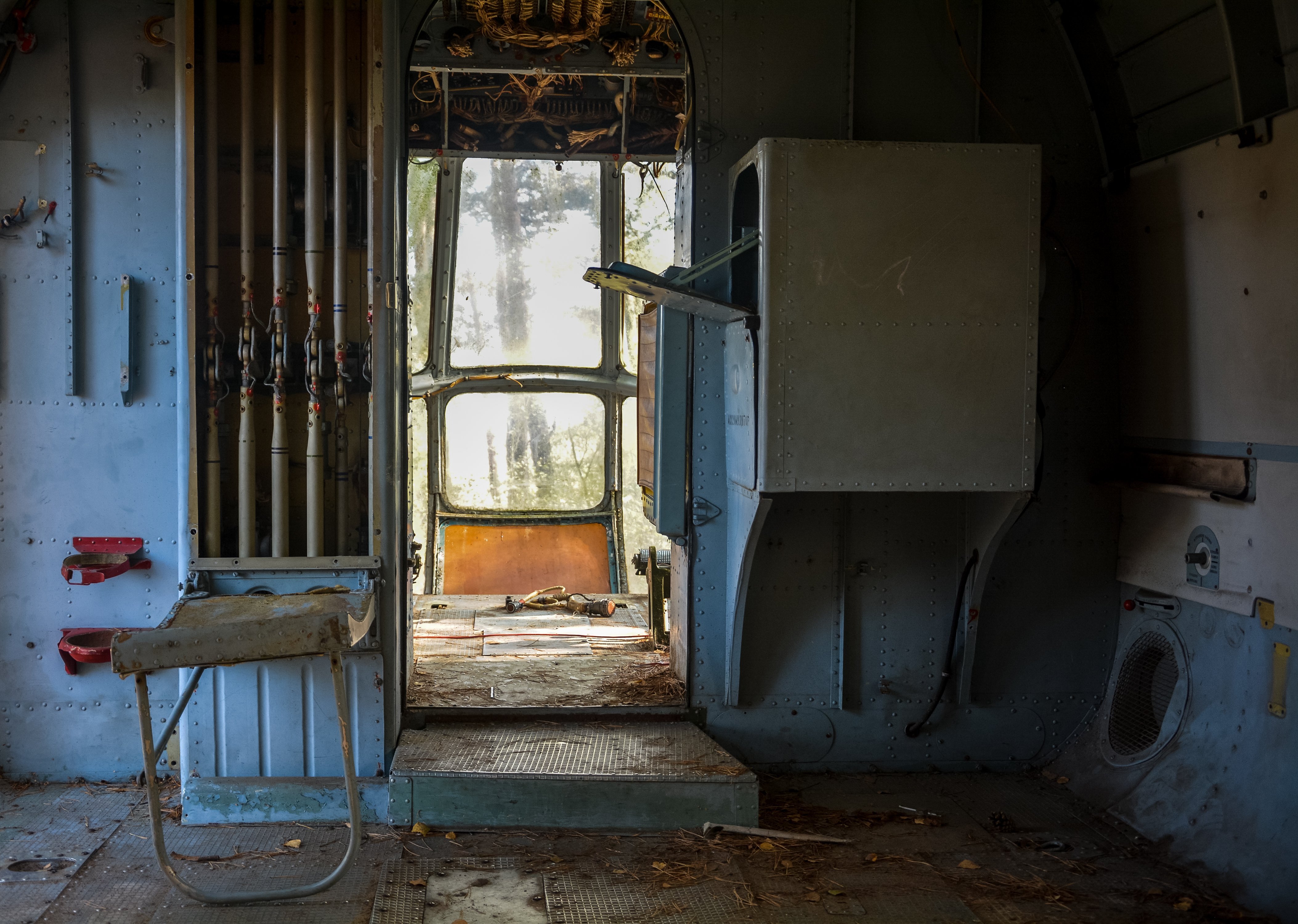 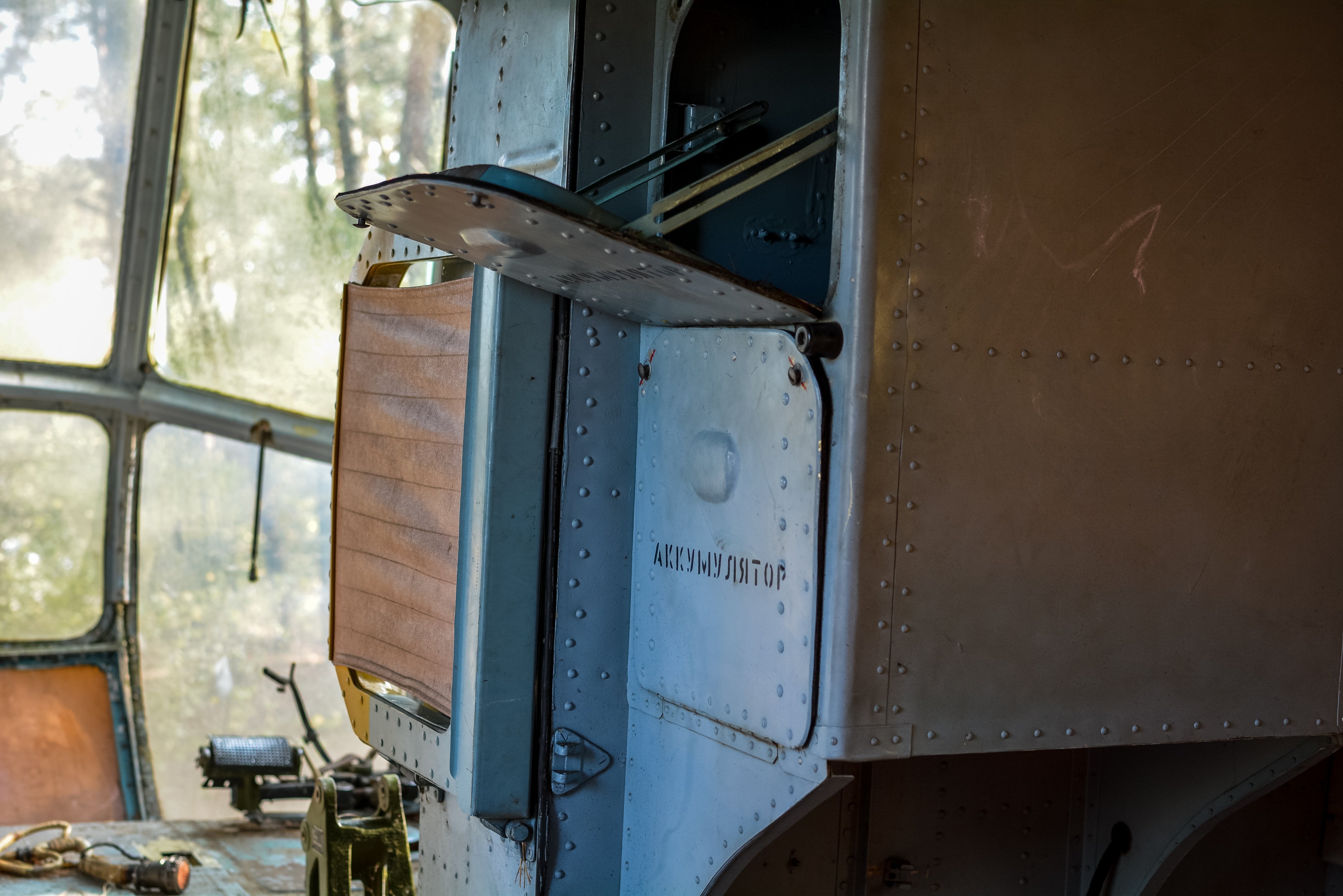 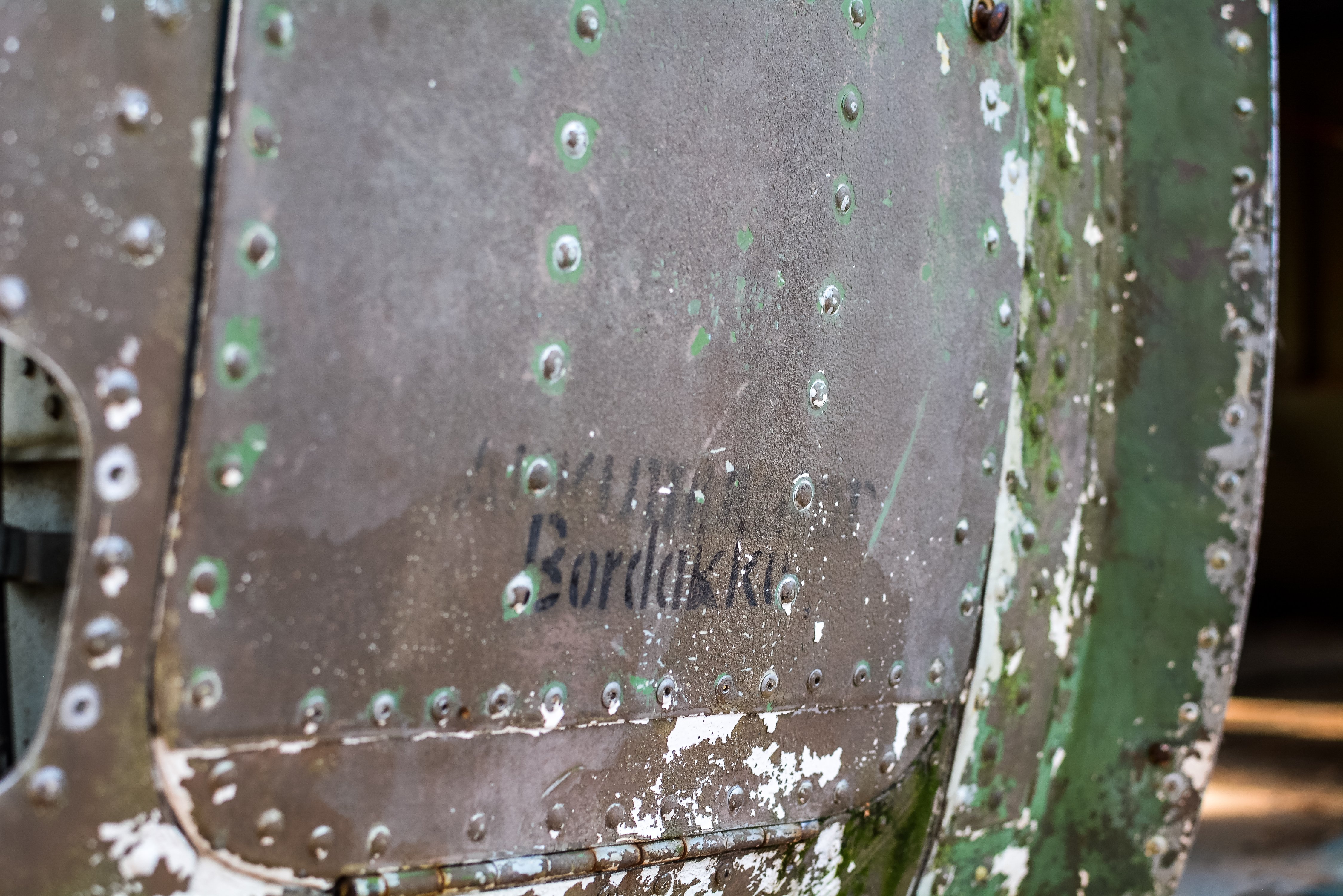 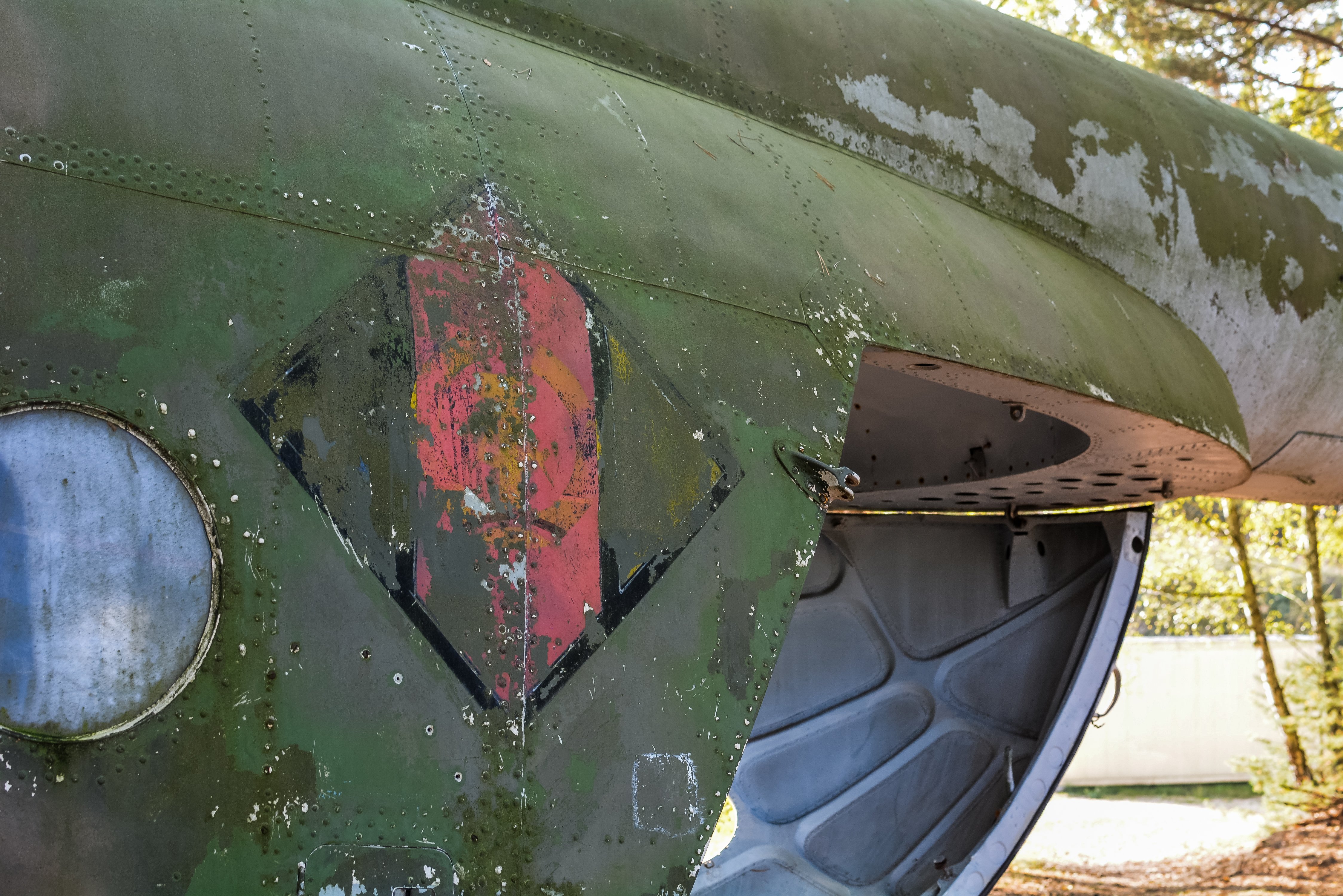 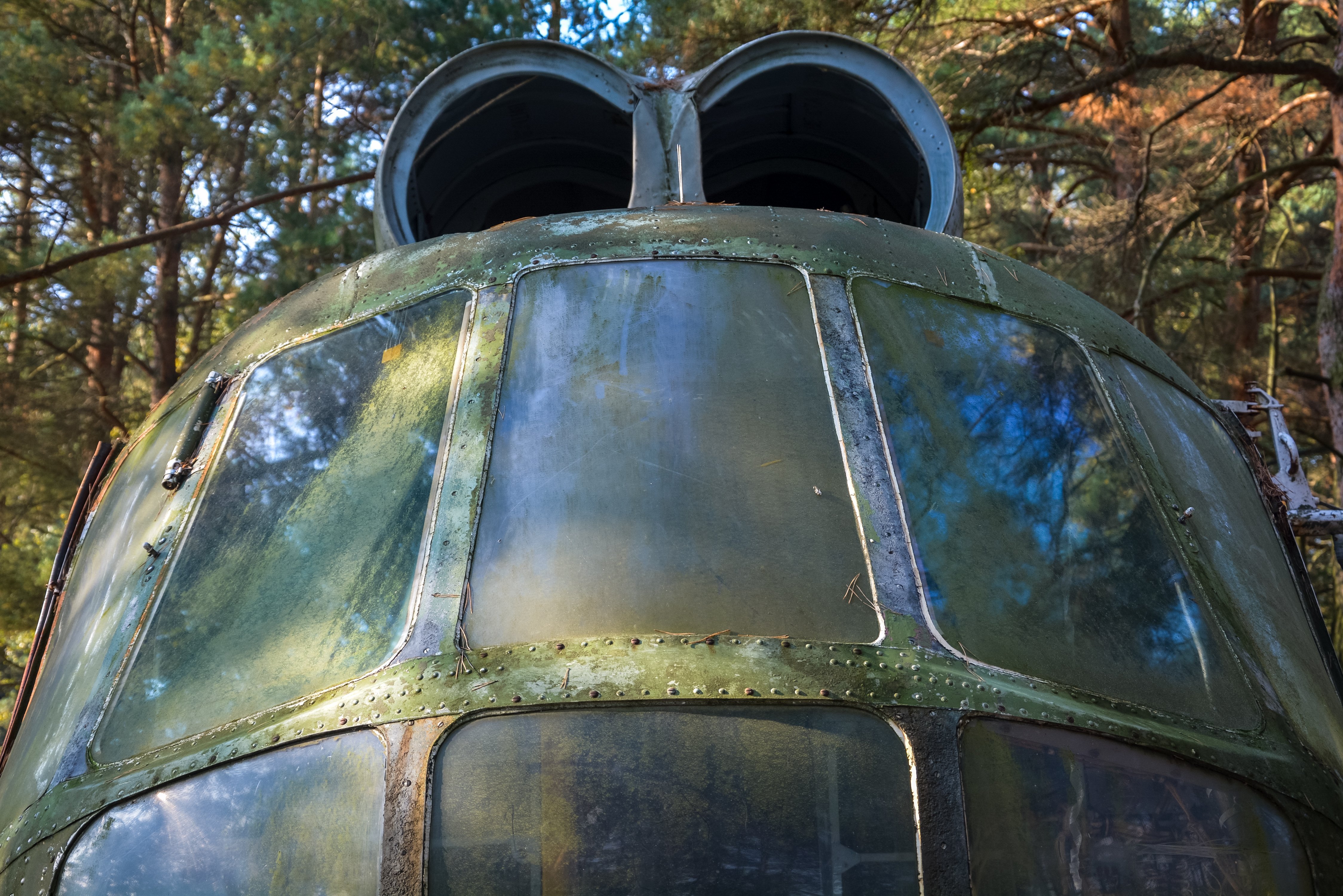 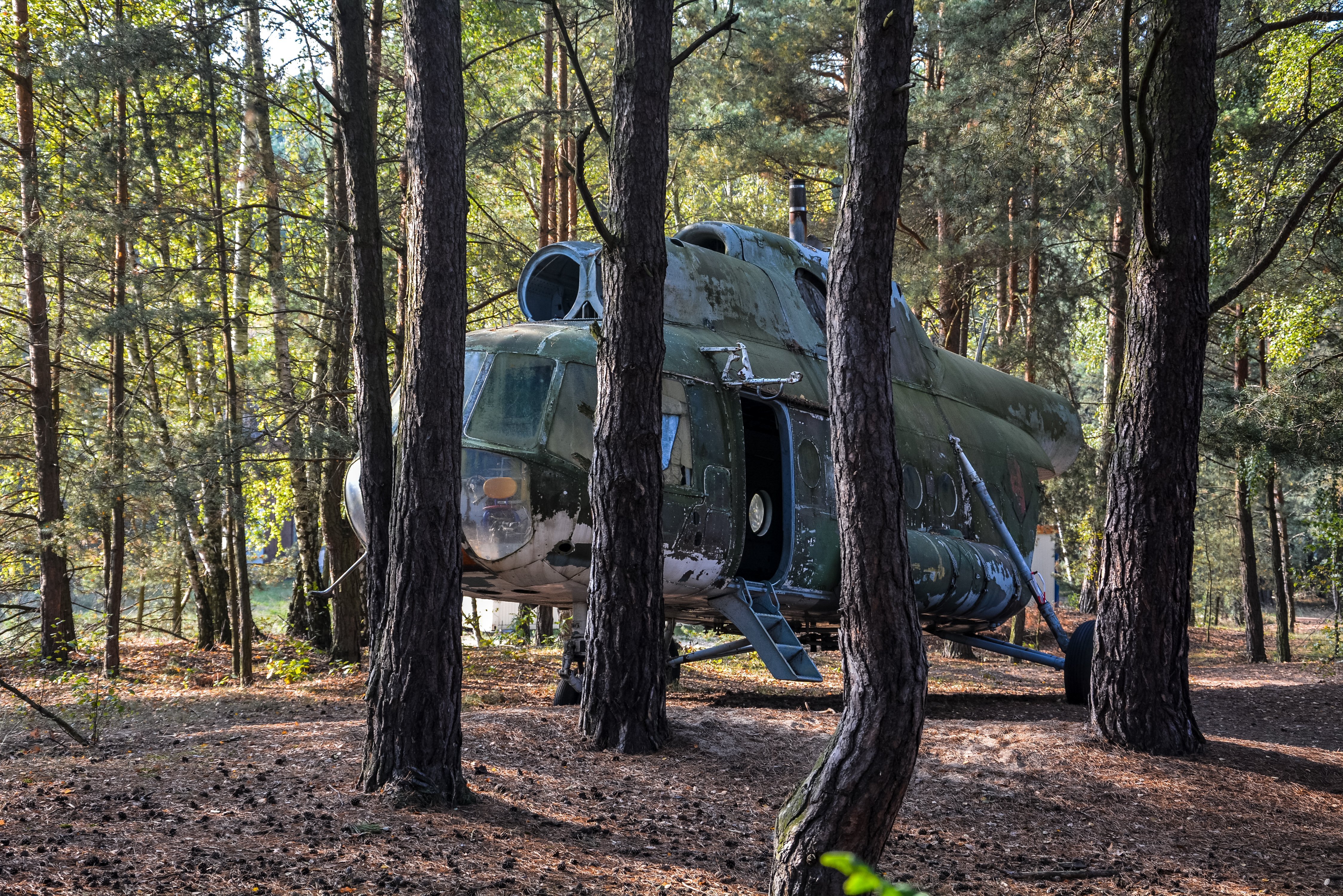