Right at the border between Prenzlauer Berg and Friedrichshain, above the heads of the masses lies one of Prenzlauer Bergs more visible mysteries. Thousands of people have passed the intersection Greifswalder Straße / Am Friedrichshain – looking up and wondering “what the hell is that thing?” – of course they mean the giant “unidentifiable” rectangle atop the house on the Am Friedrichshain 35. What might seem look like a giant rusting rectangle to todays youth is actually something that most people over 30 are more familiar with: a giant neon music tape (or in German: Neon-Kassette)!

While I must admit that it does take a second look, one cannot deny the similarity. So now that we have established that a giant music tape sits atop a house in Prenzlauer Berg, what is it doing there? Prenzlauer Bergs Neon Music Tape history dates back to the early 1980s (very much like Berlins Neon Coca Cola Sign), but to fully understand its origin we need to go back to the early 20th Century.

In 1912, August Riebe built a Ball bearing Factory – the August Riebe GmbH  in the Liebermanstraße in Berlin-Weißensee. The production didn’t last very long though as it ceased operating in 1920. At that point the Niles Werkzeugmaschinen – a company specializing in precision machine tools took over a large portion of the property and continued production under the name “Raspe und Riebe”.

During the Second World War, Raspe und Riebe produced self sealing fuel tanks for aircraft and tanks, power and control units for “Vergeltungswaffen” (like the V1 and V2), and radio equipment for the aviation industry. The production for the Luftwaffe was under the direction of the Opta Radio which were based in Berlin-Steglitz. Extensive slave labor was used for the production – primarily from Russia, Italy, Holland, Poland, Belgium and France. 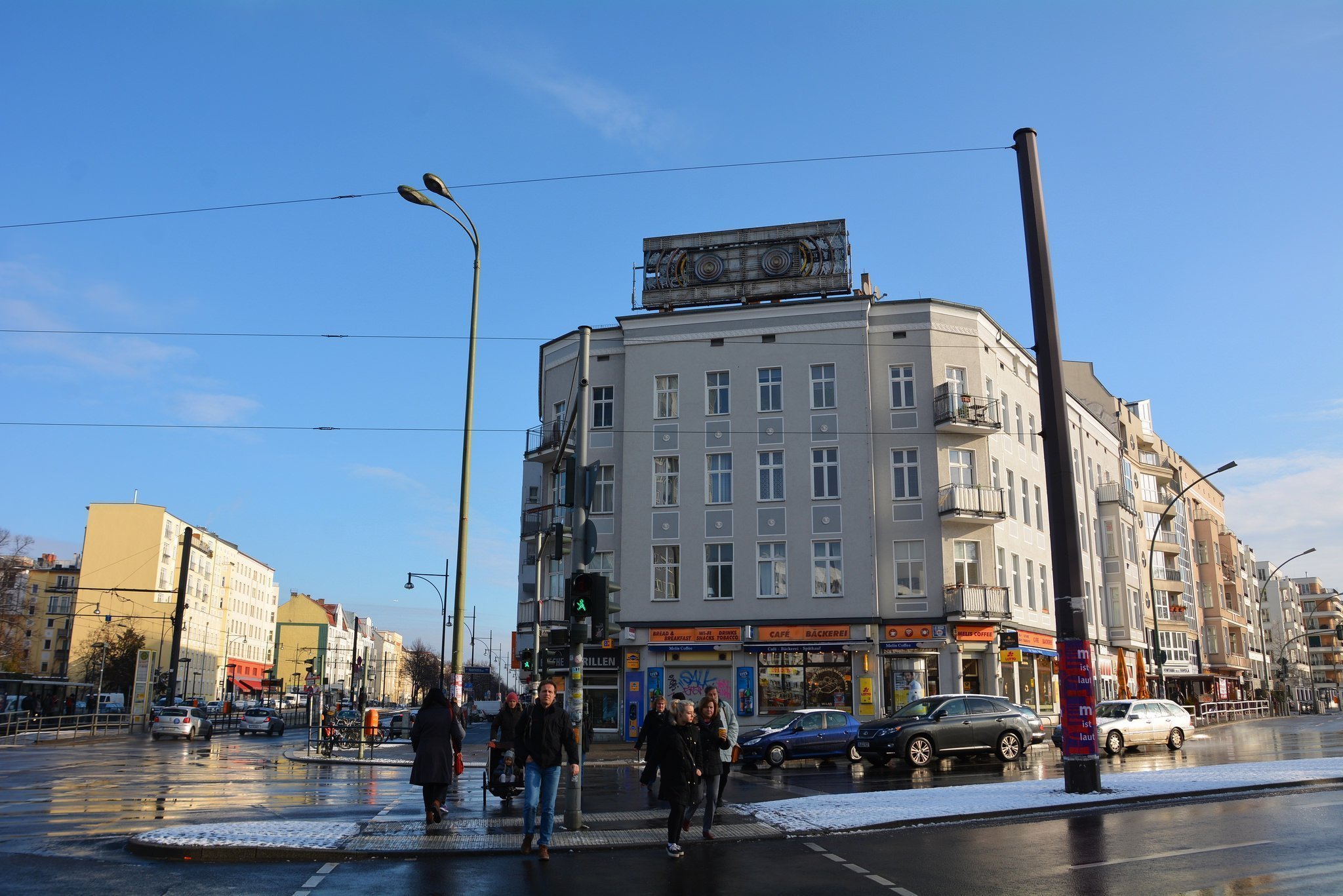 Despite being heavily damaged during the air raids, the Opta-Radio AG took over the factory directly after the war in 1945 and started production again by producing electron tubes. Parts of the factory equipment was then deconstructed and shipped off to the Soviet Union in 1946 as part of the reparation payments and then put under administrative trust. With Berlin being divided up in different spheres of Allied Control, the Opta-Radio in East Berlin was re-branded and launched as the Phonetika Radio GmbH in 1948, and continued to produce electron tubes and small radios. The Phonetika Radio GmbH was seized by the state in 1950 and transformed into the VEB Phonetika Radio (a People-owned enterprise), and by 1951 it was renamed again into the VEB Stern-Radio Berlin and became part of a combine consisting of the VEB Stern-Radio Berlin,  VEB Stern-Radio Sonneberg, VEB Stern-Radio Rochlitz and VEB Stern-Radio Staßfurt.  These four VEBs produced all the Radios and Transistors in the GDR.

So now that we’ve established a brief history of the VEB Stern-Radio Berlin, what does it have to do with the Neon-Kassette in Prenzlauer Berg?

Even though the SED (Socialist Unity Party of Germany) never tired of promoting itself in the GDR, it never planed with product advertising as it was assumed that the (socialist) system would prevail by itself over the decadent West and its slogans. Despite this, the Party and the State was in constant need to validate the socialist system and the products that it produced – that they were of world-class rank. And to prove that it could produce world-class products, one needed to have advertising.

Happy Birthday Michael Sailstorfer! ? Flashback to one of his first exhibitions at König Galerie in 2008 where he presented this work, Untitled (Junger Römer), the perfect imitation of an 8-meter-long neon billboard from the GDR radio manufacturer Stern Radio. The original advertisement can still be seen today atop the Königstor in Prenzlauerberg, Berlin.

The VEB Stern-Radio Berlin, which at this point was the sole manufacturer of portable radios in the GDR  put up the giant neon music tape in the early 1980s – but why they picked exactly this location is unknown. There are a few theories though and they do seem to be quite plausible: The Greifswalder Straße was a busy street even back in the 1980s, and adding to it was also part of the “Protokollstrecke”, meaning that Erich Honecker as well as foreign guests were chauffeured down this street. Having a giant Neon Commercial along the way made the city seems less drab.

The VEB Stern-Radio Berlin tried to keep up with western production and technology in the late 1980s, even investing in high tech assembly equipment from the USA and Japan, but the whole process proved to be too costly. A large portion of the assembly workers were cheap women guest-workers from Vietnam (the same was true for many industries in the GDR such as the Industrial Laundry VEB Rewatex), but it cost the company roughly 500 (DDR)Mark to produce a tape deck which would ultimately sell for 25 (DDR)Mark. To say that the company was not profitable would have been an understatement.

With the German Reunification, the factory was bought up purely for the value of its property – thus over 3000 workers lost their jobs in 1990. The property was left derelict for years, but has been recently refurbished and will soon house shops and other industrial tenants. Interestingly enough, the Stasi had a compound just across the street – though that’s more coincidence than anything else. With the fall of the wall that property that property was left abandoned as well with the East German Watchtower keeping a solitary watch. 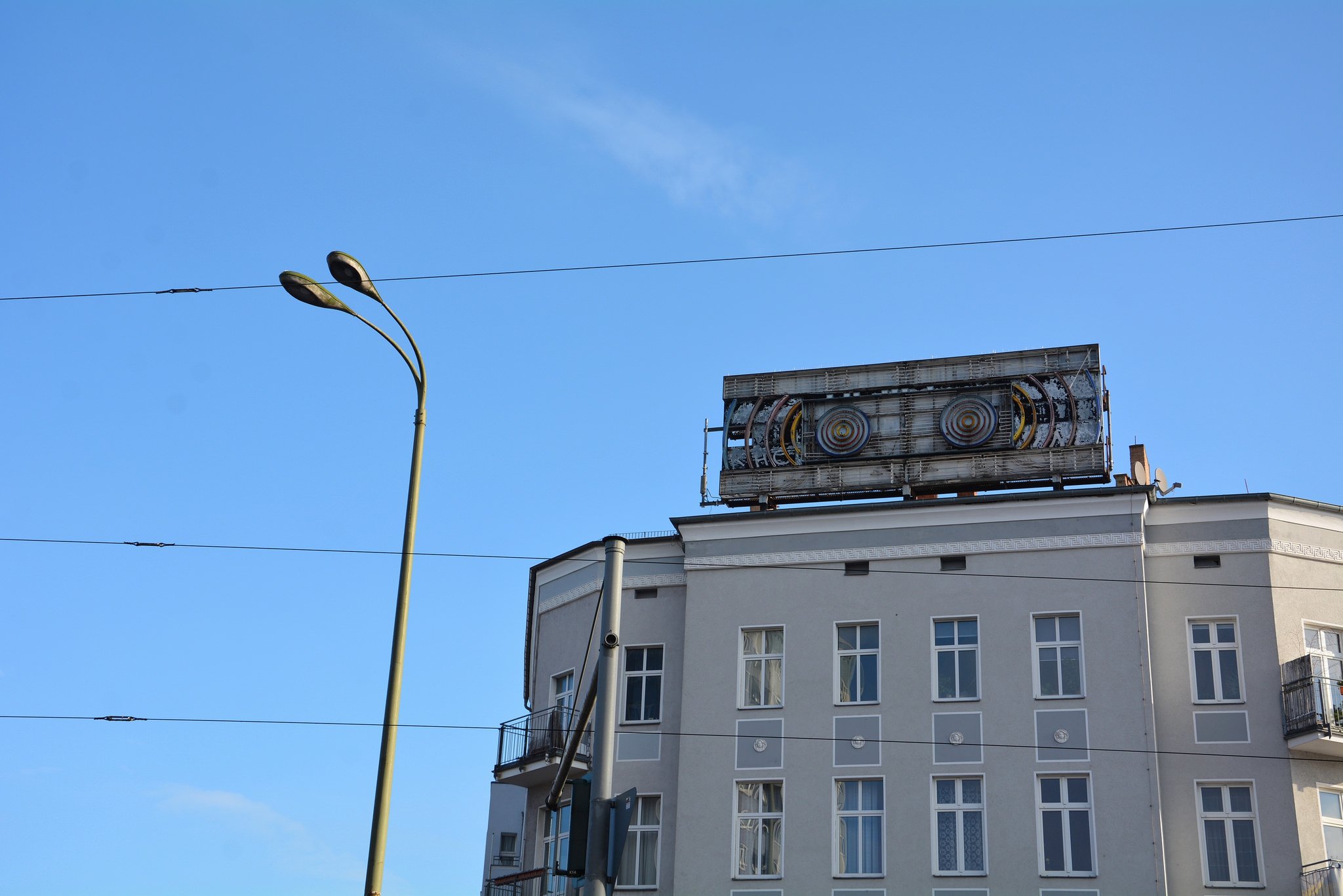 And this is where we come to the present. With the VEB Stern Radio ceasing production, no one felt responsible for the giant neon sign on the Greifswalder Straße. The Tape fell into disrepair, shedding more and more of its pieces every time a storm rushed over Berlin. Nevertheless, it’s survived a quarter of a century hidden in plain sight. Hopefully it will last a few more years perched above the streets of Berlin waiting to be noticed by people down below.


Sadly, as of November 2018, Prenzlauer Bergs Neon Kassette has been removed. In the early morning hours of the 11th of November, a crane came and the sign was removed. The company that manages the building (Trios-Hausverwaltung) didnt give any statement as to why the Neon-Kassette was removed, or where it is now. It was most likely a saftey hazard, and in the long run it was probably cheaper to remove it than to restore it. A sad loss for Prenzlauer Berg and Berlin. Another memory of the GDR gone forever. 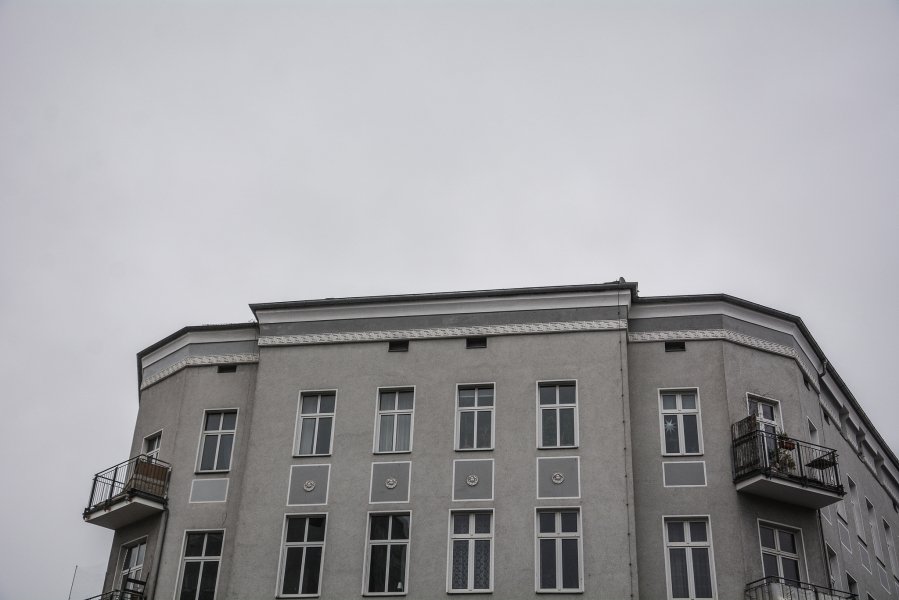 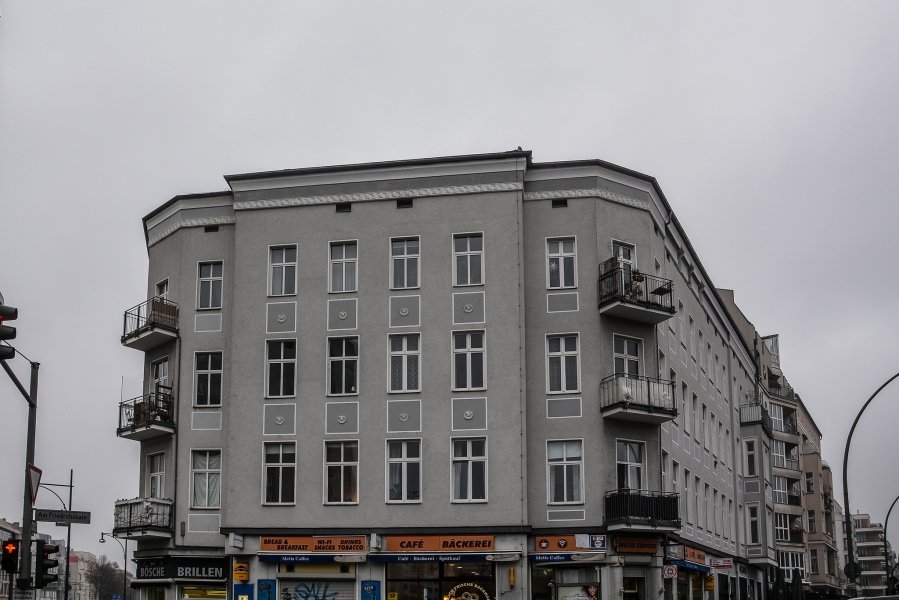