Berlin and its Airports – a never-ending saga. First they killed off Berlins most central Airport, Tempelhof in 2008, then they wanted to expand Schönefeld and close down Tegel in 2011. While closing down Tempelhof gave Berlin its “Abandoned Airport Park” , everyone knows how the whole Schönefeld/Tegel saga went. Tegel – now Berlins favorite airport is still open, while Berlins residents get to laugh (and despair) at every new proposed finishing date for SXF (currently set at 2020).  BUT there’s an Airport related story about Berlins ineptitude much older than THF, SXF, TXL. The story of Berlins Abandoned Boeing 707.

The war was over and (West) Germany was experiencing the economic wonder years. Lufthansa was building up its fleet again and bought 4 Boeing 707-400 in January, 1957. One of these 4 Boeing 707s (calling sign D-ABOC) was then “baptized” on the 16th of September 1957 with the name “Berlin” by West-Berlins Mayor Willy Brandt and then promptly put into service. For the next 20 years the Berlin 707-400 dutifully flew around the world until it was sold off in 1977.

Fast forward to 1986 and Boeing had just delivered its 200th aircraft to Lufthansa – and being the generous company that they are, they decided to give Lufthansa a a gift by bringing back the “Berlin” to Berlin.

But hold on – the original 707-400 D-ABOC Berlin was sold off in 1977? Indeed it was! It penultimately ended up in Bournemouth Airport in 1983 where it was deregistered, partially disassembled and then used as a training facility for the airport fire brigade. It was then fully scrapped in 1985. And so ends the lifeline of the “original” Berlin Boeing 707-400.

Hijacked by the PFLP

But where did the other Berlin Boeing come from that was delivered in 1986? Well this aircraft had a more adventurous history.  The Boeing 707-458 that now stands in Berlin was put in service for the Israeli Airline El Al on the 3rd of June 1961, and solely flew for El and Arkia until June 1985.  The El Al (4X-ATB) was one of 4 aircraft that was hijacked by the PFLP on the 6th of September 1970.

When the Hijackers Leila Khaled and Patrick Argüello attempted to enter the cockpit – through quick thinking on behalf of the pilots – entered into a Parabola (a flight maneuver which induces a short phase of 0G) which knocked the hijackers off their feet. Leila Khaled was apprehended while Patrick Argüello was either shot and killed during the tussle or after his capture.

A Trojan Horse – and a gift

Boeing decided to purchase the El Al 707-458 and gift it to Lufthansa. The 707 was flown to Ben Gurion Airport in Tel Aviv and received an old Lufthansa paint job which was then promptly taped over. After receiving the US registration number N130KR,  it was flown via Frankfurt to Berlin Tegel on November 1986.  Why did they tape over the Lufthansa livery and give it a US registration number?

Simply put: Germany was still a divided country in 1986 and German airlines (and pilots) were prohibited from flying to Berlin. By hiding the German paint job and “masking” as an American registered aircraft Boeing managed to sneak past in plain sight.

After the “Berlin” had landed, the stickers were removed overnight and presto – a Lufthansa aircraft magically appeared in Berlin Tegel.  The landing of the Boeing was a sensation and was greeted with quite a fanfare by Berlins Mayor Eberhard Diepgen – if not solely for the reason that it was a triumph over Berlin being blocked for German Air Traffic.

After swapping out the El Al interior for the more accurate Lufthansa seats, Lufthansa decided to gift the Berlin Boeing to the city of Berlin – more precisely the Deutsches Technikmuseum. A clever move – what were they going to do with this gift? The plane was eternally grounded as they weren’t allowed to fly it out of Berlin.

The 707 soon took pride of place on the parking space next to the Terminal in Tegel in 1987, but the glory didn’t last long. The Boeing was moved in 1991 closer to one of the Taxiways, and then moved again in 1998 to a publicly inaccessible spot on the northern section of Tegel.

It seems like it was in the way there as well so they decided to move the aircraft again in 2000 to its final and forgotten resting place in the far east of TXL. It was occasionally used for fire and safety training, and one can occasionally spot the police lurking around the aircraft – probably taking a break from their hourley/daily tour around the airport.

Time wasn’t kind to the outer shell of the abandoned Boeing 707 – and Lufthansa didn’t seem to happy either. In 2006 they demanded that the Lufthansa branding be removed from the hull. Berlin being Berlin followed suite to the request and gave it a half-assed patchy white paint job.

It never had to end like this for the poor abandoned Boeing 707 – but it did and the question is why? The location of the Boeing was seemingly always inconvenient  so they kept on moving it. Ultimately it became publicly inaccessible for security reasons (which make sense judging its proximity to the runways).

Disassembling the aircraft and reassembling it at the Abandoned Airport Tempelhof (for a real abandoned airport check out the Flugplatz Oranienburg) is/was out of the question as it would simply cost too much (an estimated €200,000). Apparently it would only cost a quarter of that to buy a used aircraft from South America or Africa. Unlike some other aircraft like this Abandoned Helicopter – you cant just leave it in a Forrest by itself.

Instead of rotting away several groups and businesses had interest in preserving the (slightly fake but) historic Aircraft.

The Munich Airport was actively interested in taking over the Airplane (transport and costs included) and publicly exhibiting it along its other aircraft. A business man from Cologne was interested (rumors had it that he was quite persistent) in purchasing the Boeing and turning it into a restaurant. Some say that Lufthansa was even willing to subsidize the move for the businessman. The PCCB (Pilot Controller Club Berlin) even wanted to “sell” shares of the plane to finance its rescue.

All of these plans failed for reasons that only (if at all) those involved will know, so the abandoned Boeing in Tegel continues to rot. Photos of the interior have popped up on the internet in the last 2-3 years and they show an equally dismal state, mostly down to the fact that the cabin door, which was once locked – has been left open to the elements for quite some time.

There seem to be countless pleas in German forums from plane spotters and aircraft enthusiast to save the Berlin Boeing,  but also looking for possibilities to legally visit the forgotten aircraft – but to no avail. Not too long ago the Official Facebook page of Schönefeld Airport posted a historic photo of the Boeing 707 in Tegel (you need to be logged in to FB to see the photo and comments) and was promptly inundated with a barrage of critical comments and Berlins failure to properly take care of the historic aircraft. Though, its not unusual that historic vehicles end up being neglected – much like this abandoned tram in a forest in Dallgow-Döberitz.

Tegel Airport doesn’t seem interested in finding an adequate solution for the historic aircraft and is quite content with letting the Boeing rot to pieces in its current hiding spot. One can only assume that once BER (The updated version of Schönefeld SXF) opens and the lengthy legal battles surrounding the planned closure of Tegel settle – a scrap dealer will come and disassemble and remove the Boeing 707-458.

Visiting Tegels abandoned Boeing 707 is always worth the trip – especially while Tegel is still operational. It’s best to take a bike for the very scenic ride down the Spandau canal and through the forest that covers the eastern side of the airport. While you admire the Boeing you might as well use the chance and move a few feet down the dirt track.

You’ll end up directly under the flight path of the landing aircraft. Similar to the Meteorstraße – airplanes thunder what feels like mere feet over your head as they land. A thrilling and slightly surreal feeling. If youre lucky you might even spot Angela Merkel landing in her government aircraft.

Theres little hope for the future of the “Berlin”. Realistically the fate of the Airplane is tied to that of Tegel Airport. As long as the Airport remains open, the Boeing will stay there and rot. But at least it stays. Once Tegel closes it will most likely be trashed. Heres to another 20 years of Berlins favorite airport. 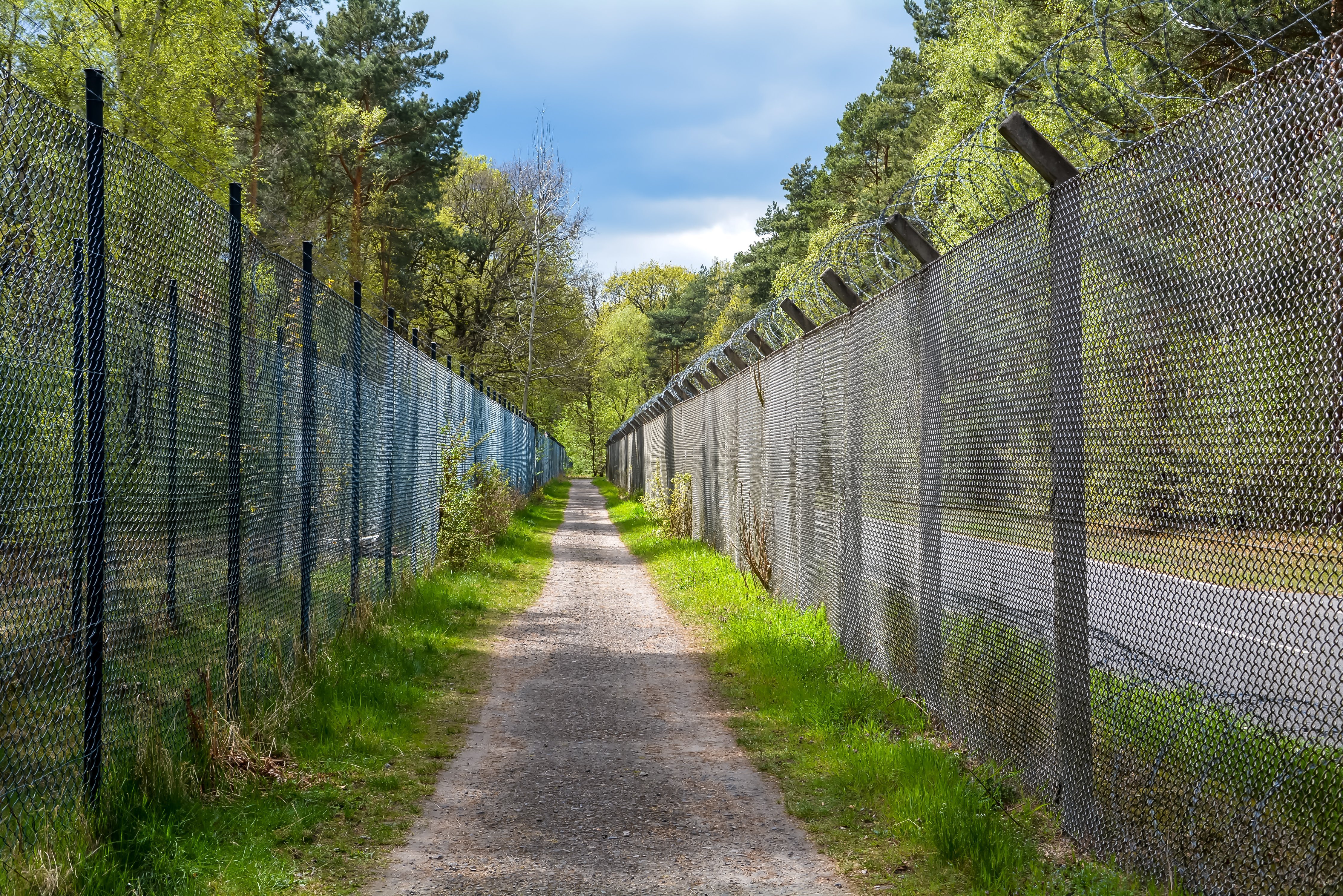 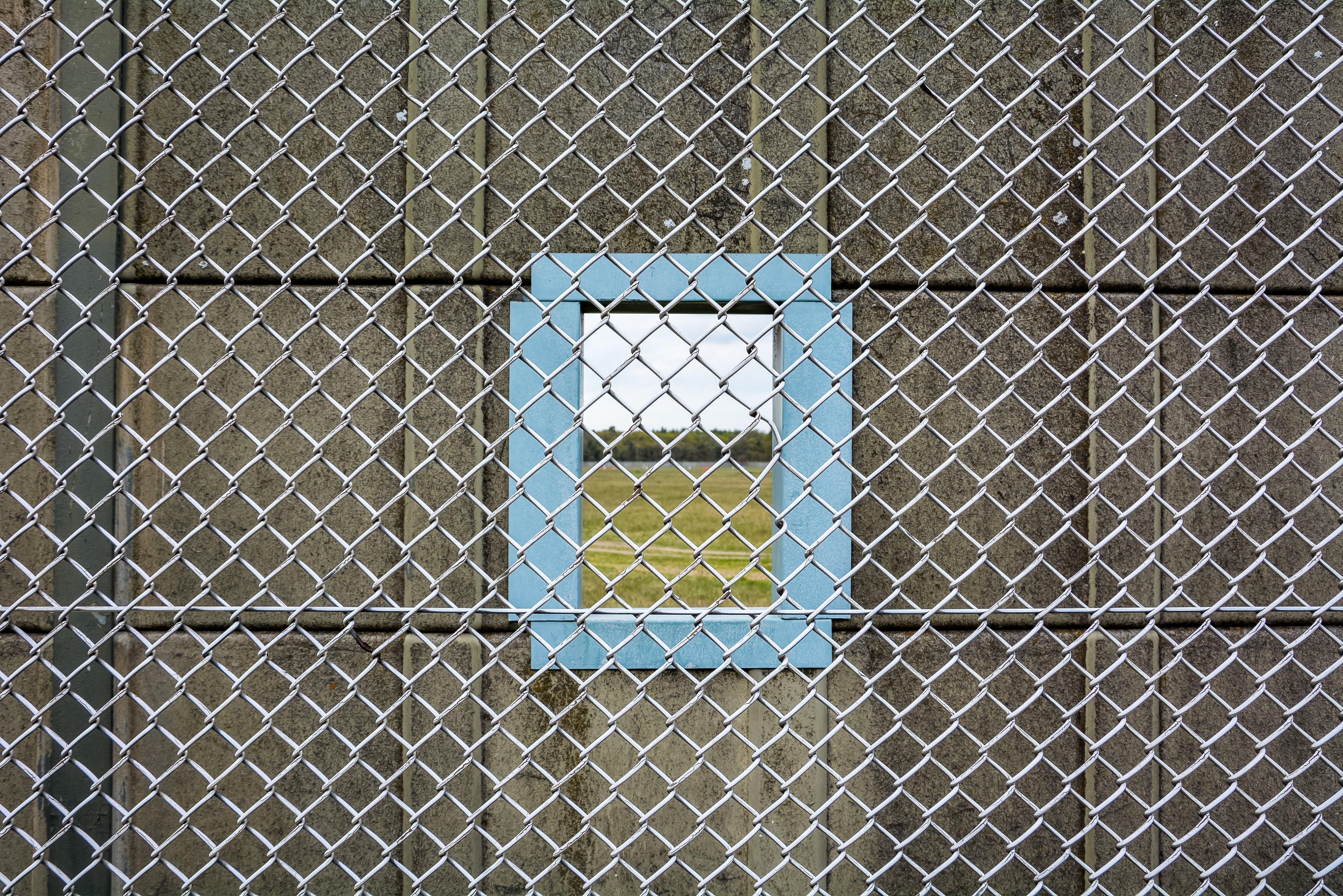 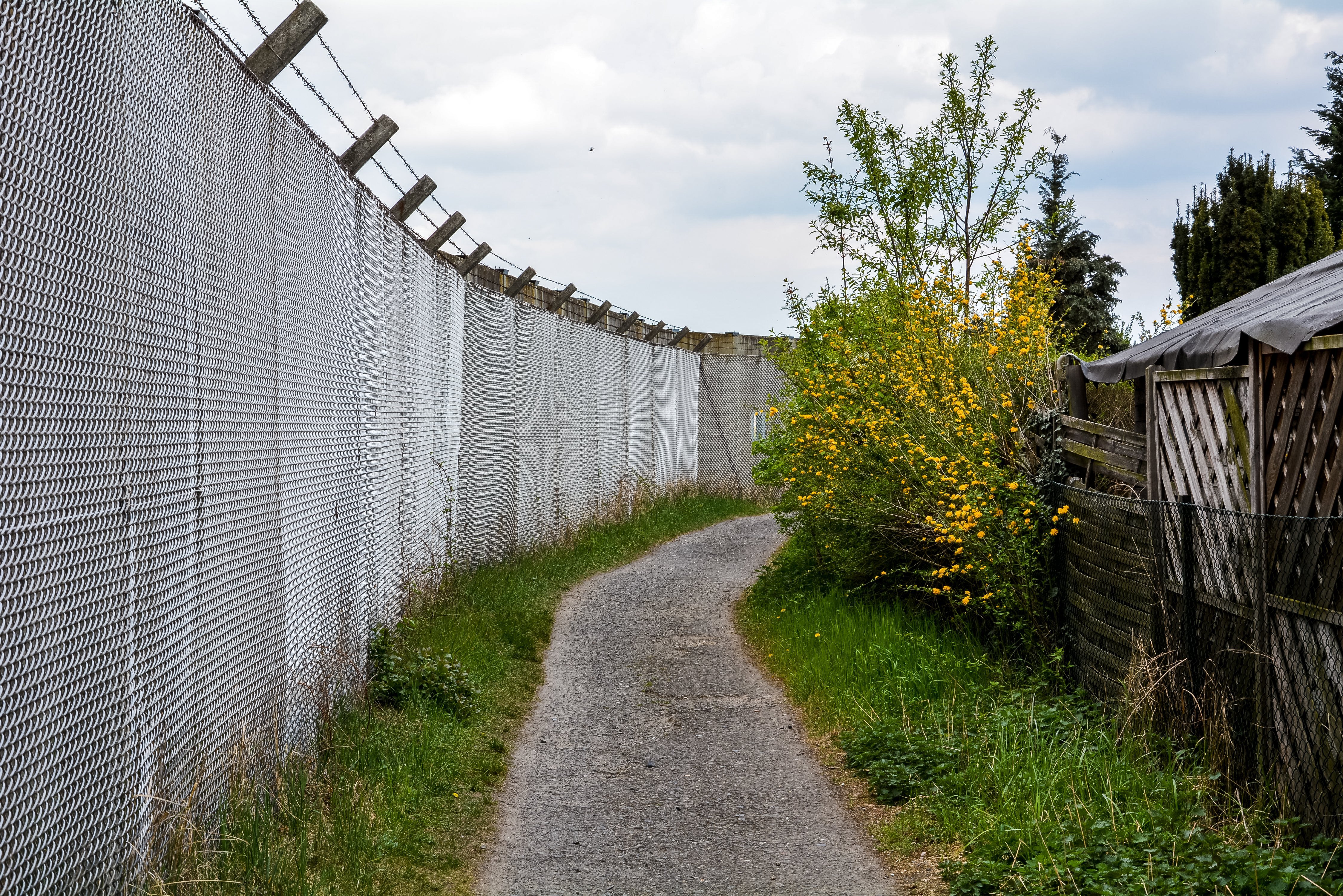 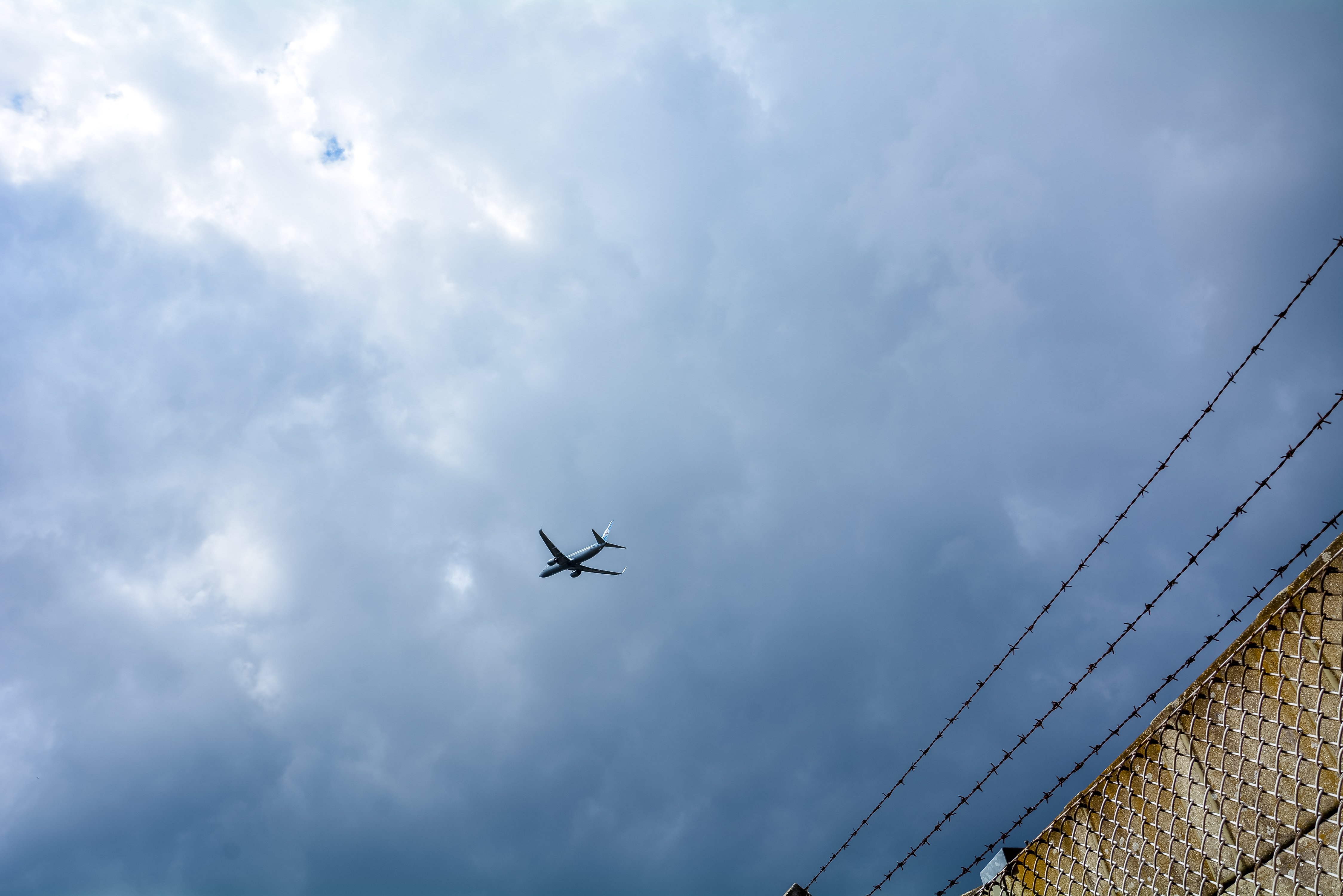 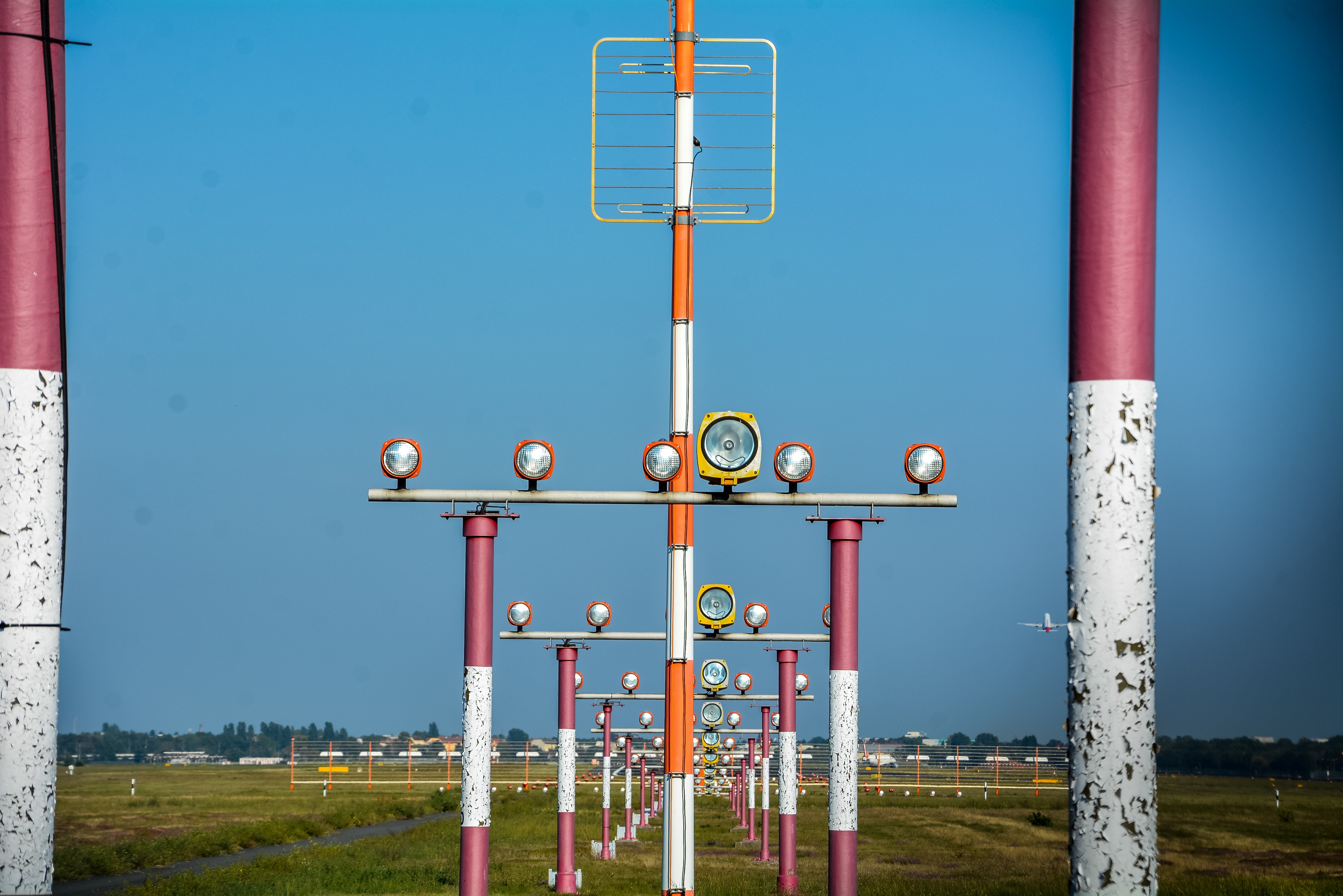 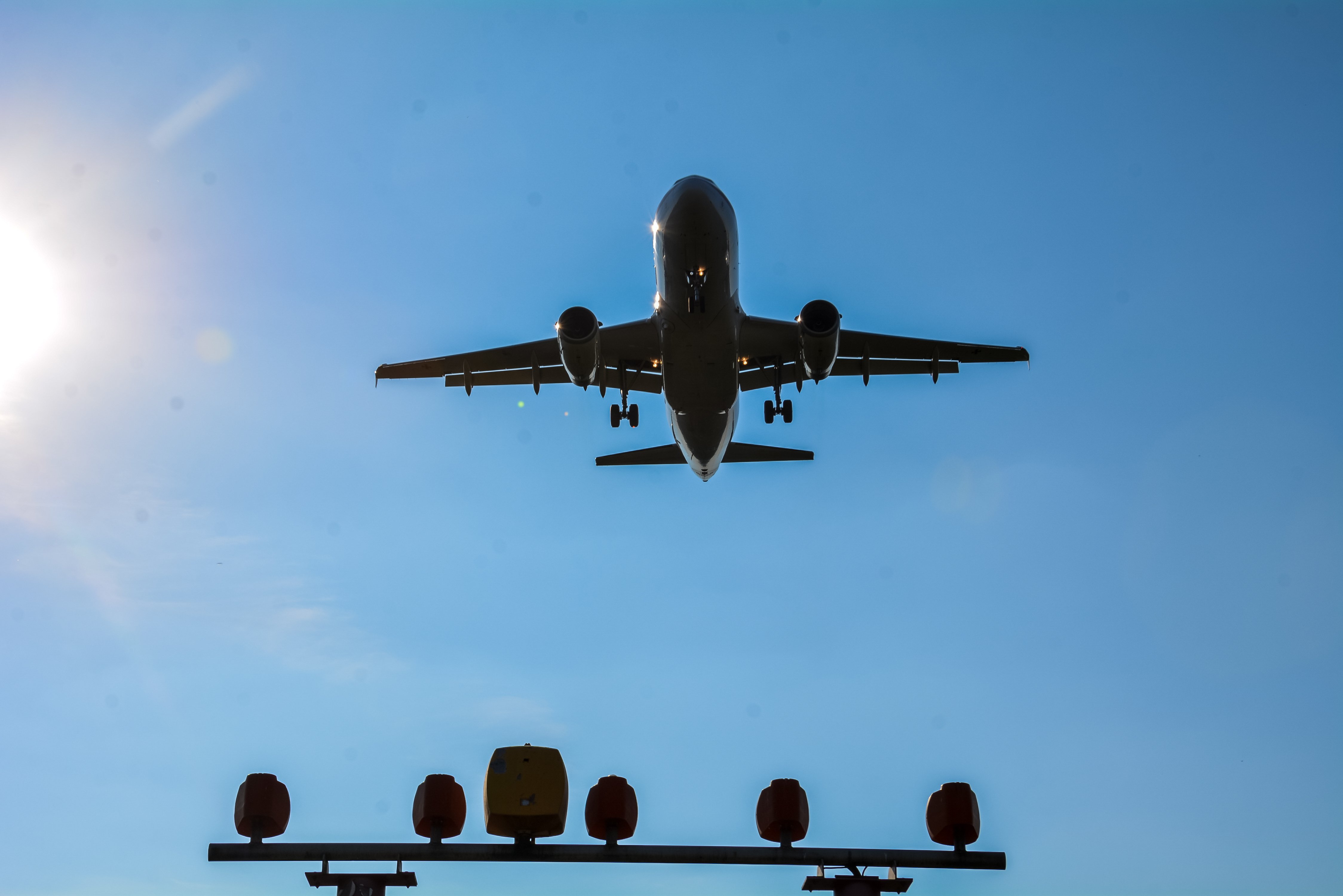 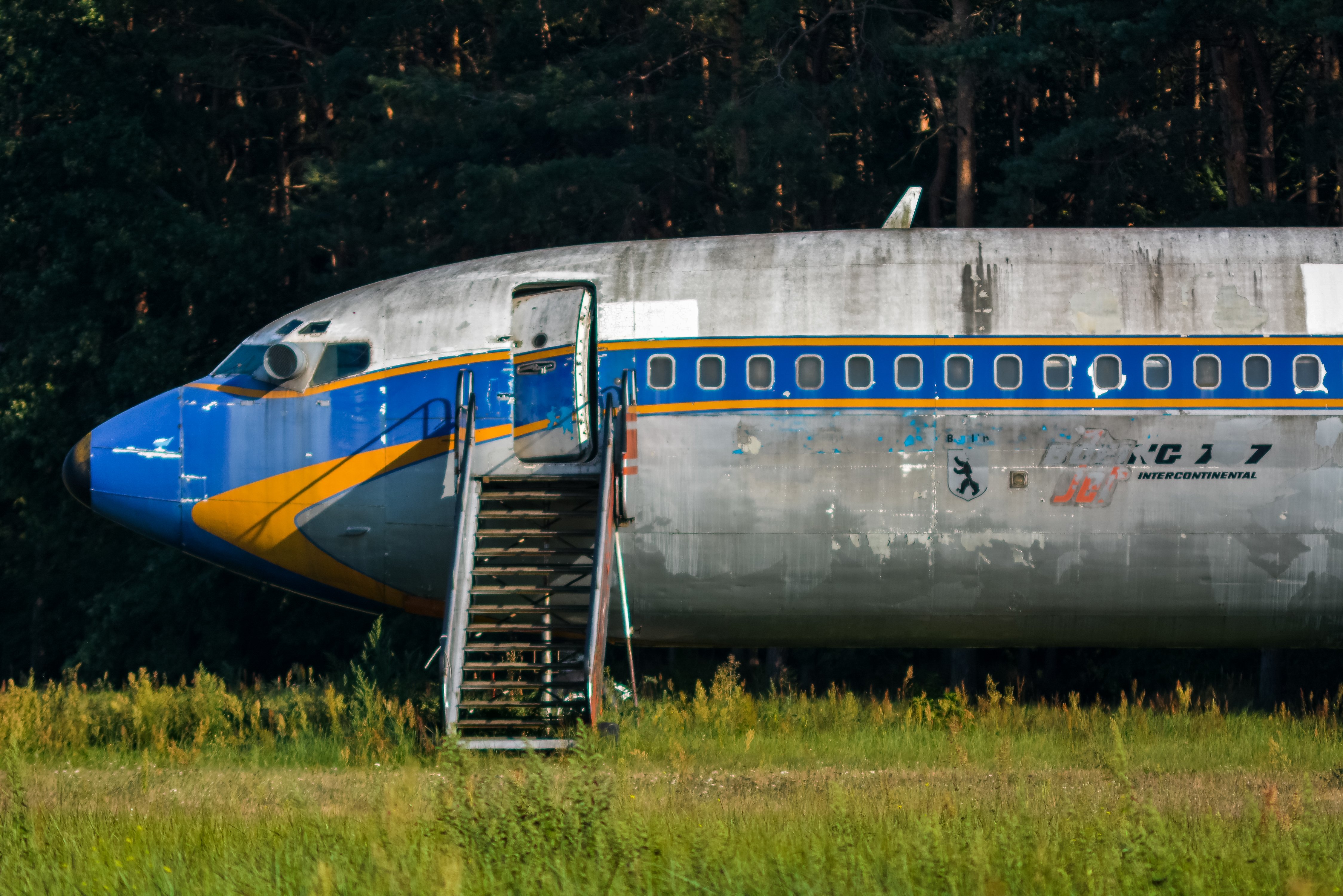 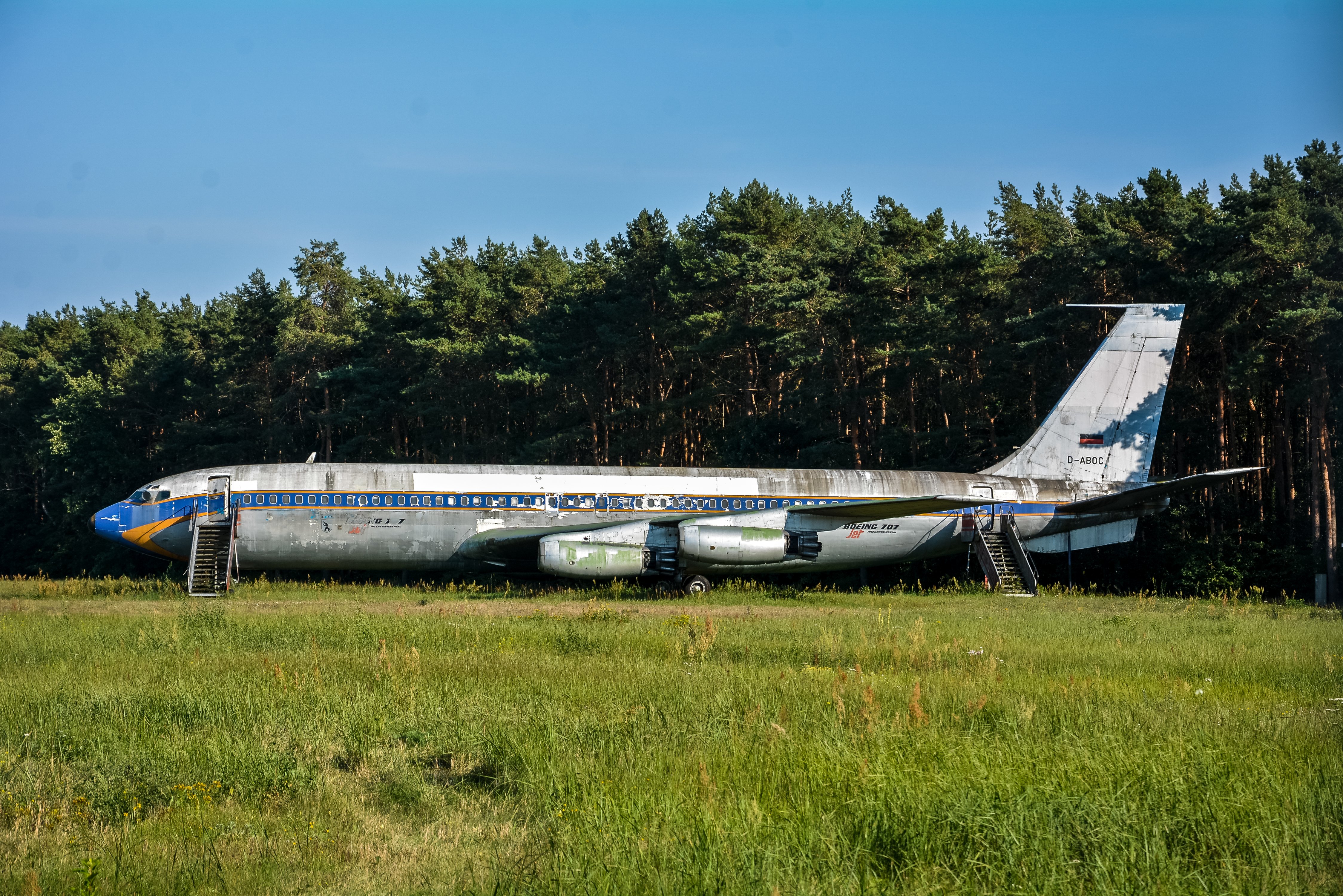 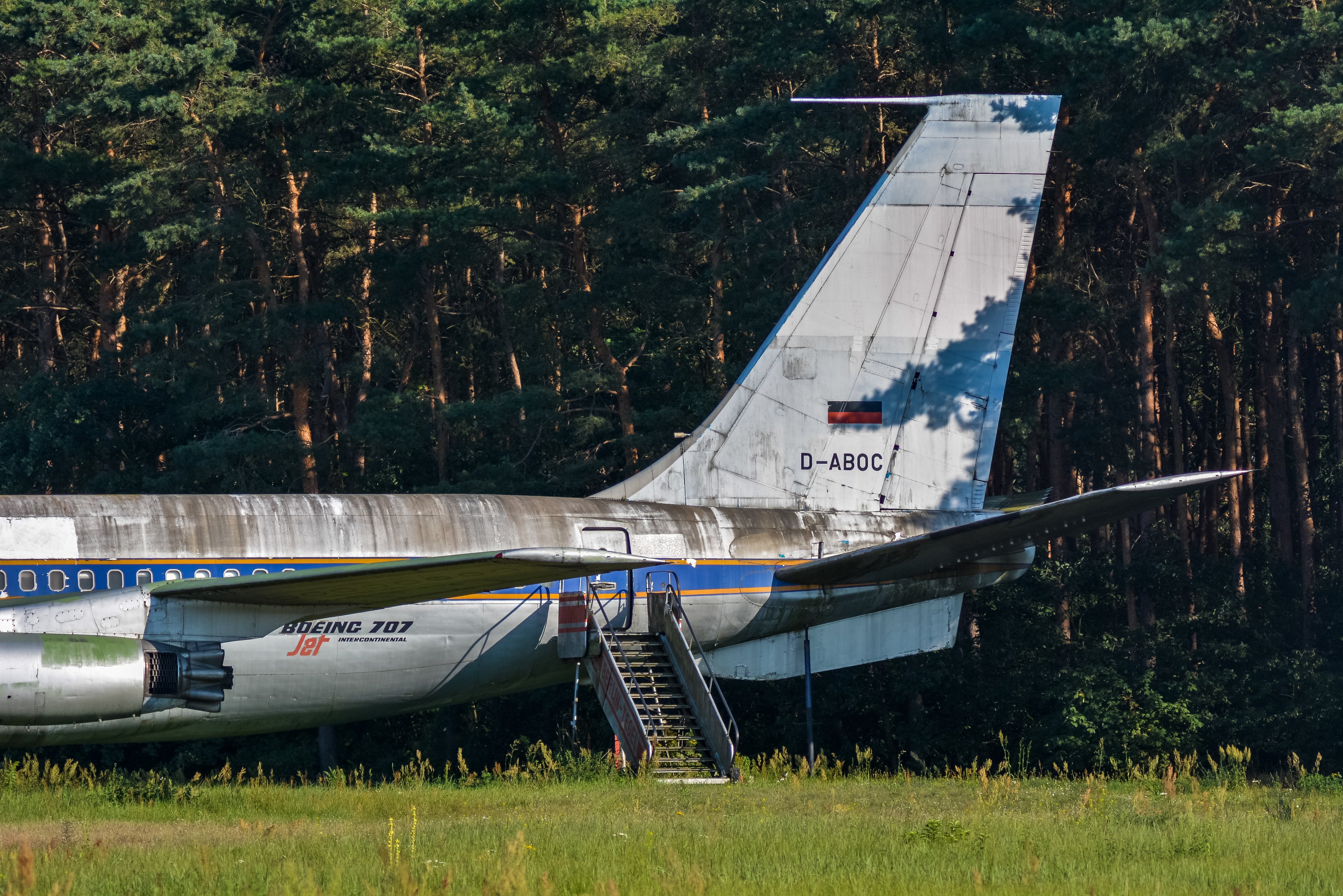 Public Transport: Id recommend using your bike – but you can take the Bus #123 to Mäckeritzwiesen. From there its a 9 minute walk.