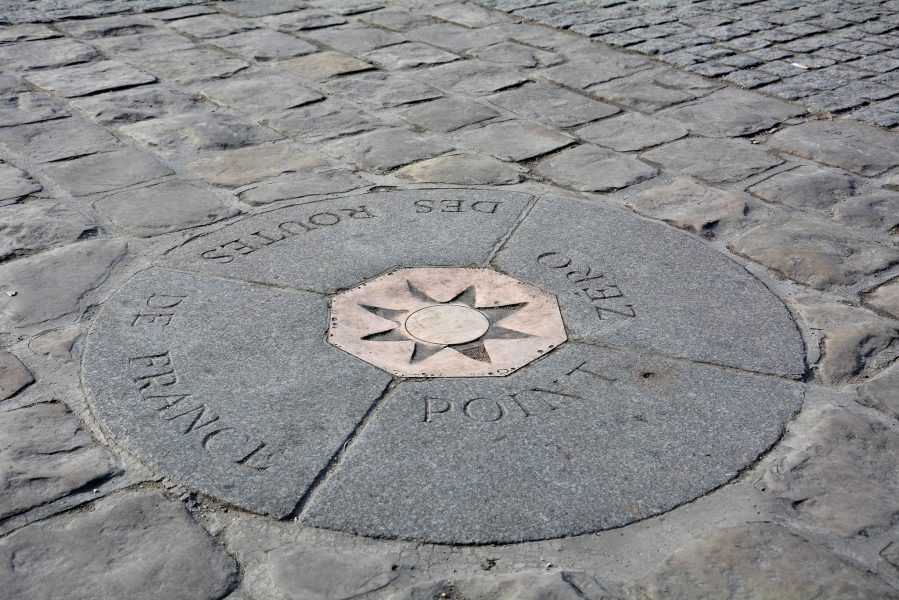 Trampled by the hordes of tourists crossing the Place Jean-Paul II in front of the Notre Dame Cathedral lies a small piece of hidden French history – the Point Zéro.

What is the Point Zéro?

The Point Zéro or known by its full name “Point Zéro des routes de France” has a very specific and historic function.

Quoting Wikipedia: “In many countries, Kilometre Zero (also written km 0) or similar terms in other languages (also known as Zero mile marker, control stations or control points) is a particular location (often in the nation’s capital city), from which distances are traditionally measured.”

In many cases it also doubles as the center of the city, but the Kilometre Zero and the Geographical Center are not always the same -> as we know is the case with Berlin. 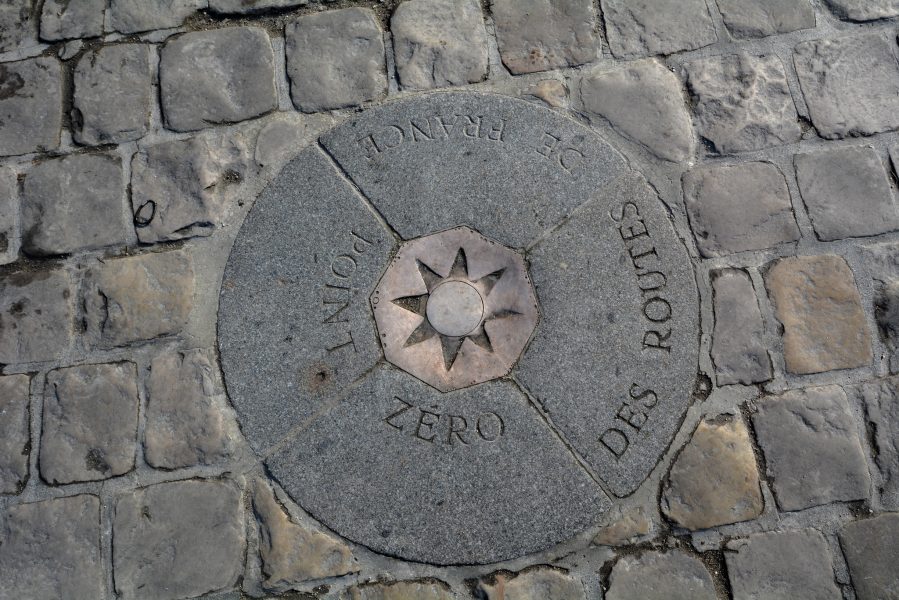 Set in concrete, the small brass octagonal plate is the central point from which all roads in France are measured.


Despite digging a bit deeper, no information could be found when the Point Zéro was officially set. Maybe someone out there knows more, but it seems like no one on the internet has really bothered to ask that question. Interestingly enough, only a handful of Cities have such a marker, most of them having most likely fallen victim to neglect over time. 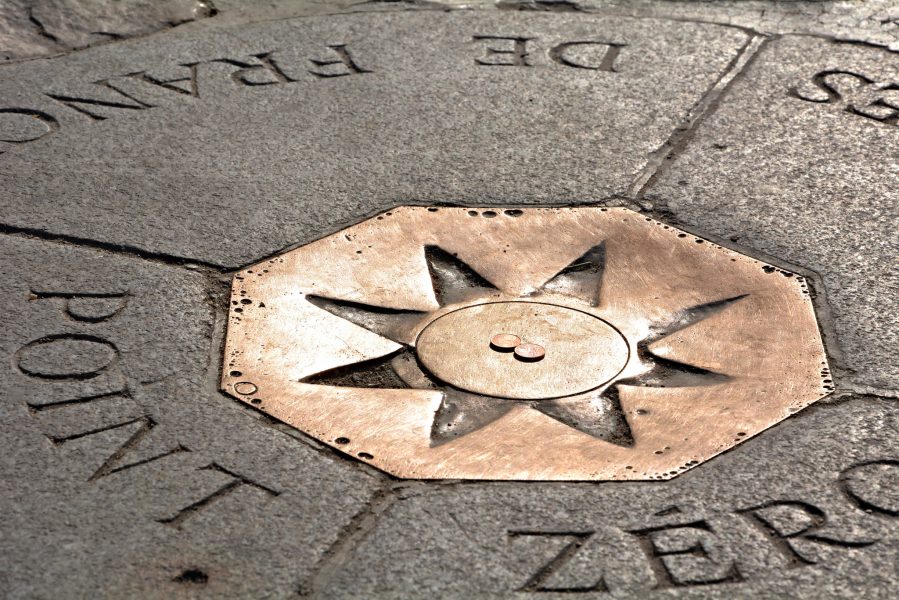 If you do manage to find the Point Zéro in front of the Notre Dame Cathedral, there are various rituals that you can part take in:

Pro Tip: If you are facing away from the main doors of the Notre Dame, you’ll find the Brass Plate 20 meters down on the right hand side.

Of course the Wife and I decided to follow all 3 of these suggestions. Time will tell if they hold true.