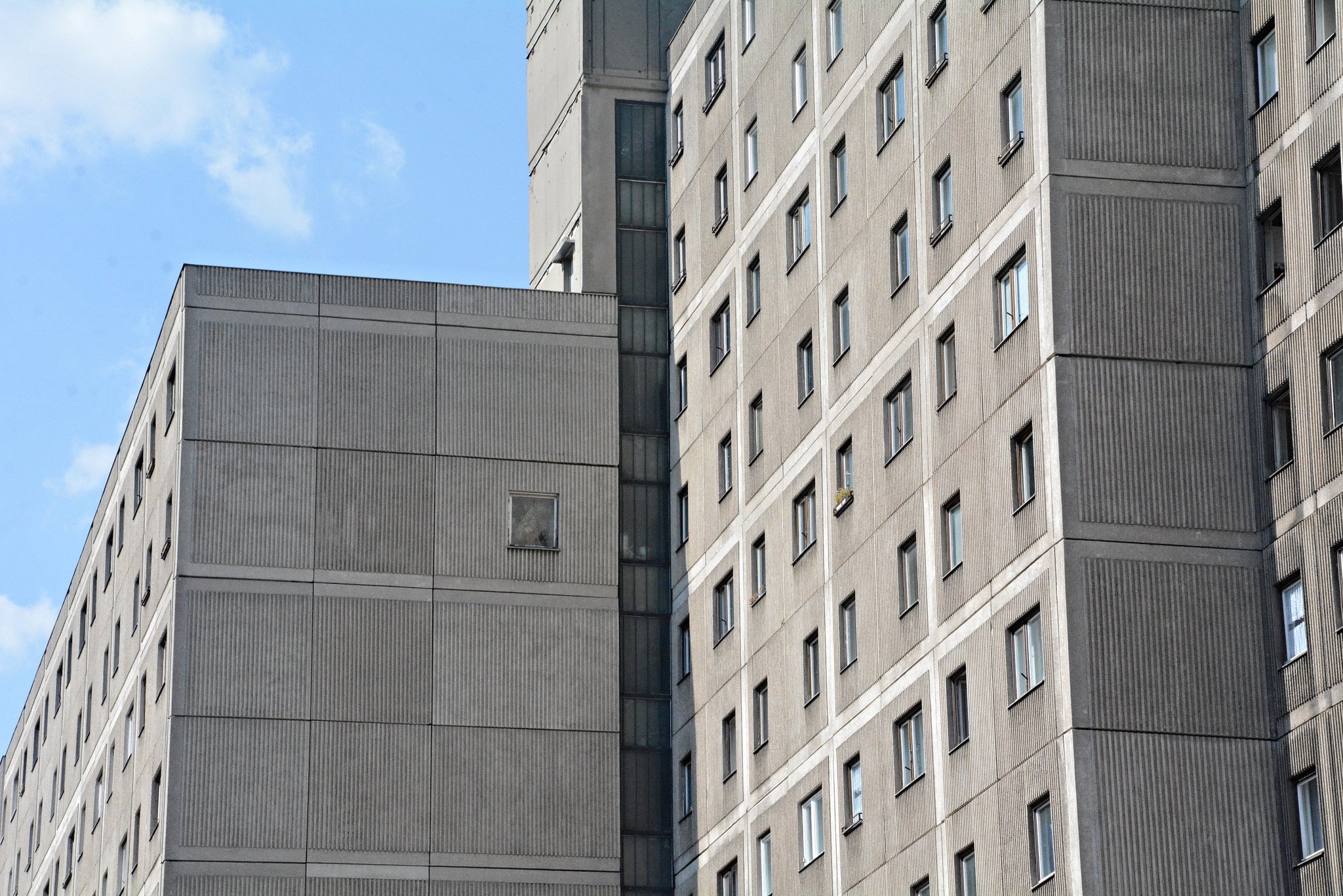 Berlin is not a city of skyscrapers – and it seems like most of the action happens underground. With German reunification, the city had wide-reaching plans to modernize the Alexanderplatz and rid it of its socialist character. 17 Skyscrapers up to 150 meters in height were planned to surround the Alexanderplatz, but over time more and more participants backed out of the of the plan (due to financial troubles etc). And so it came as it always does in Berlin. Nothing substantial happened. Fear not though – the skyscraper plans have resurfaced in mid 2015 stirring new controversy. 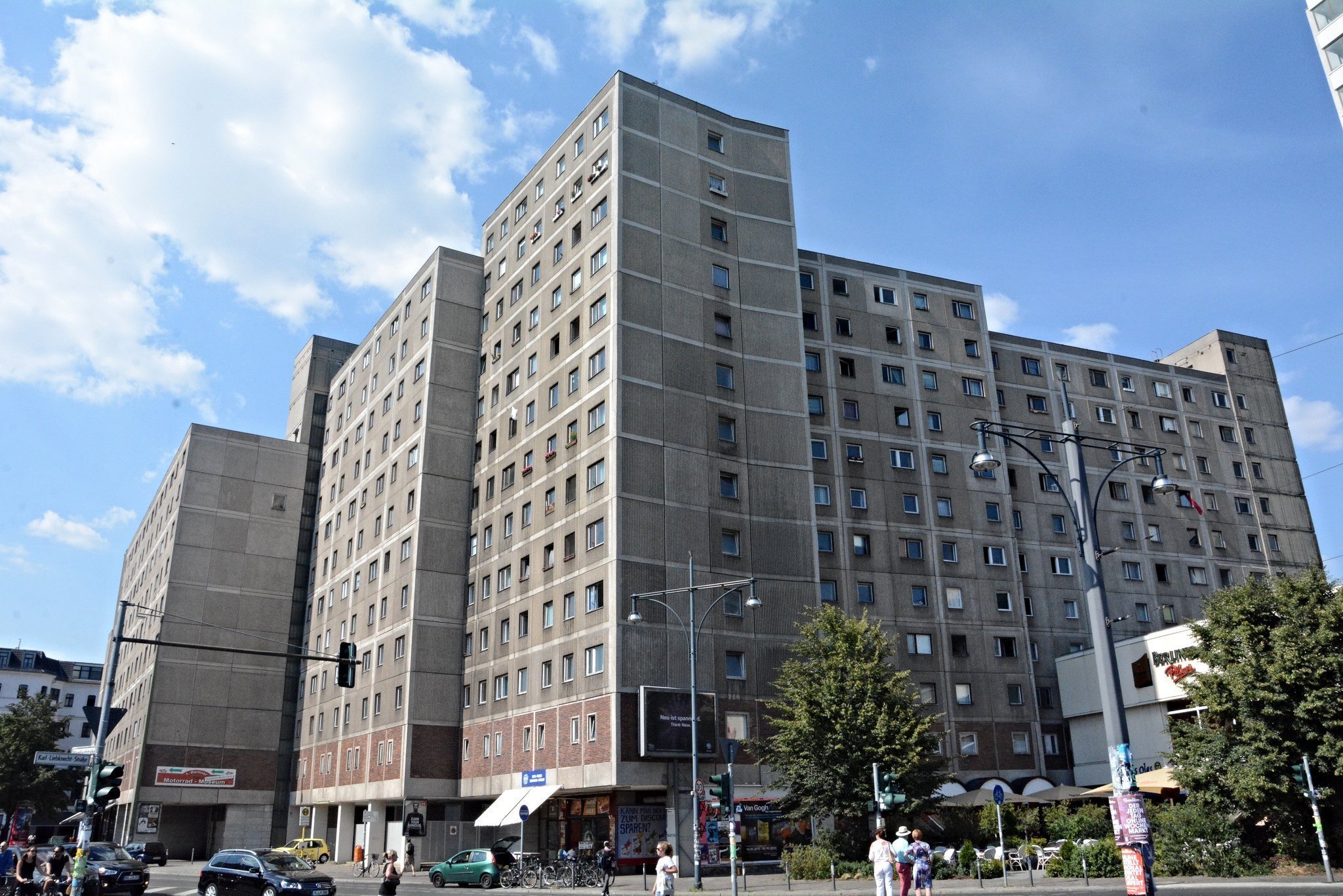 The concrete behemoth opposite of Berlins Alexanderplatz seems like it belongs to a dying breed. Renovation, privatisation and gentrification are slowly turning Alexanderplatz into someones capitalist dream. And maybe because of this does the building in the Memhardstraße 2 look like a brutalist monstrosity compared to its socialist brethren. But this building – often decried as the ugliest in all of Berlin – harbours a little secret. 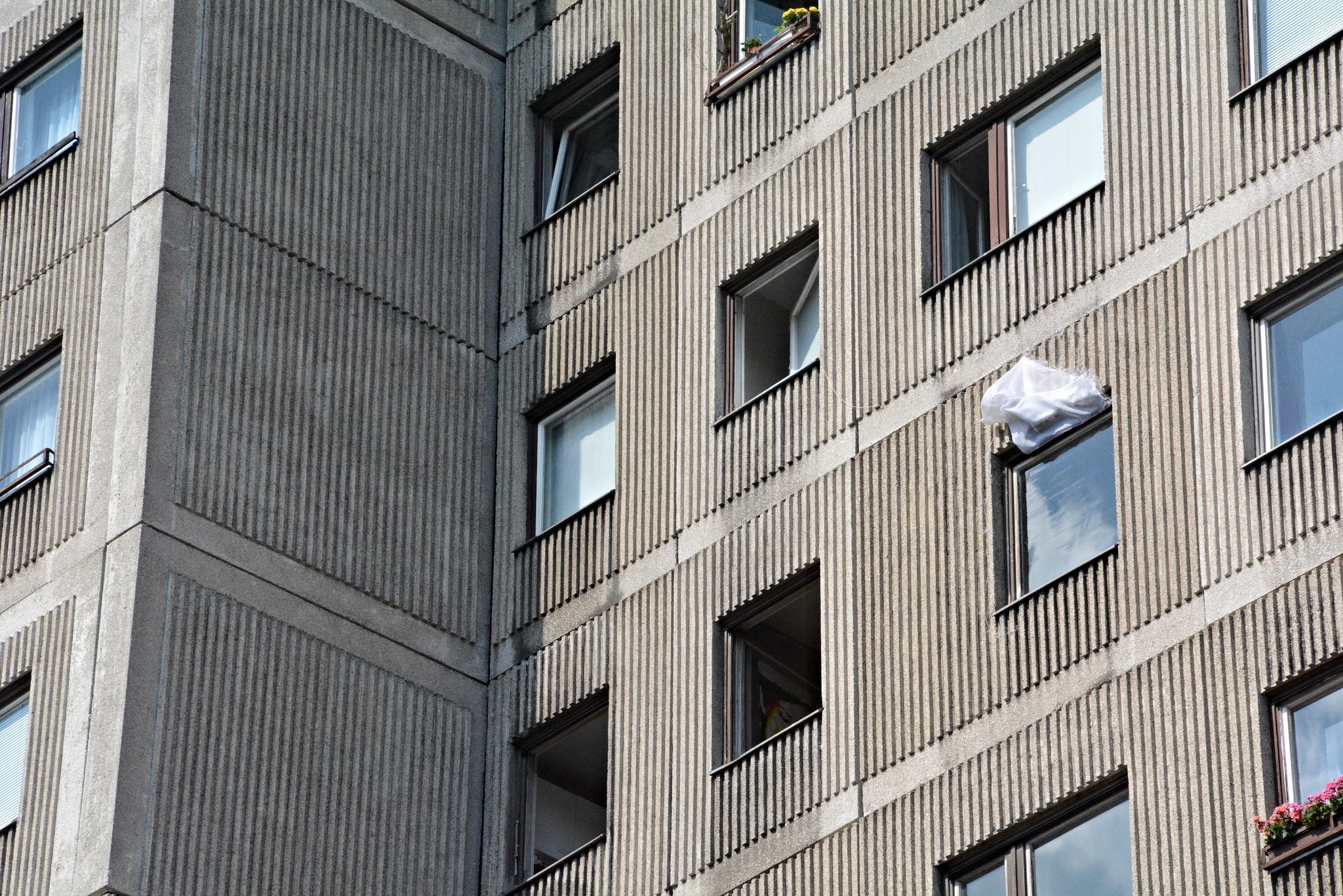 One does not look up in this city, but sometimes this change in perspective helps. The building in the Memhardstraße 2 is a prime example of this. Almost every Berlin resident and visitor has seen this building – but probably not many have ever asked themselves why this concrete bunker has tiny window on an otherwise windowless facade.

By the way, have you ever heard of Superfest – the nearly unbreakable East German Glass? 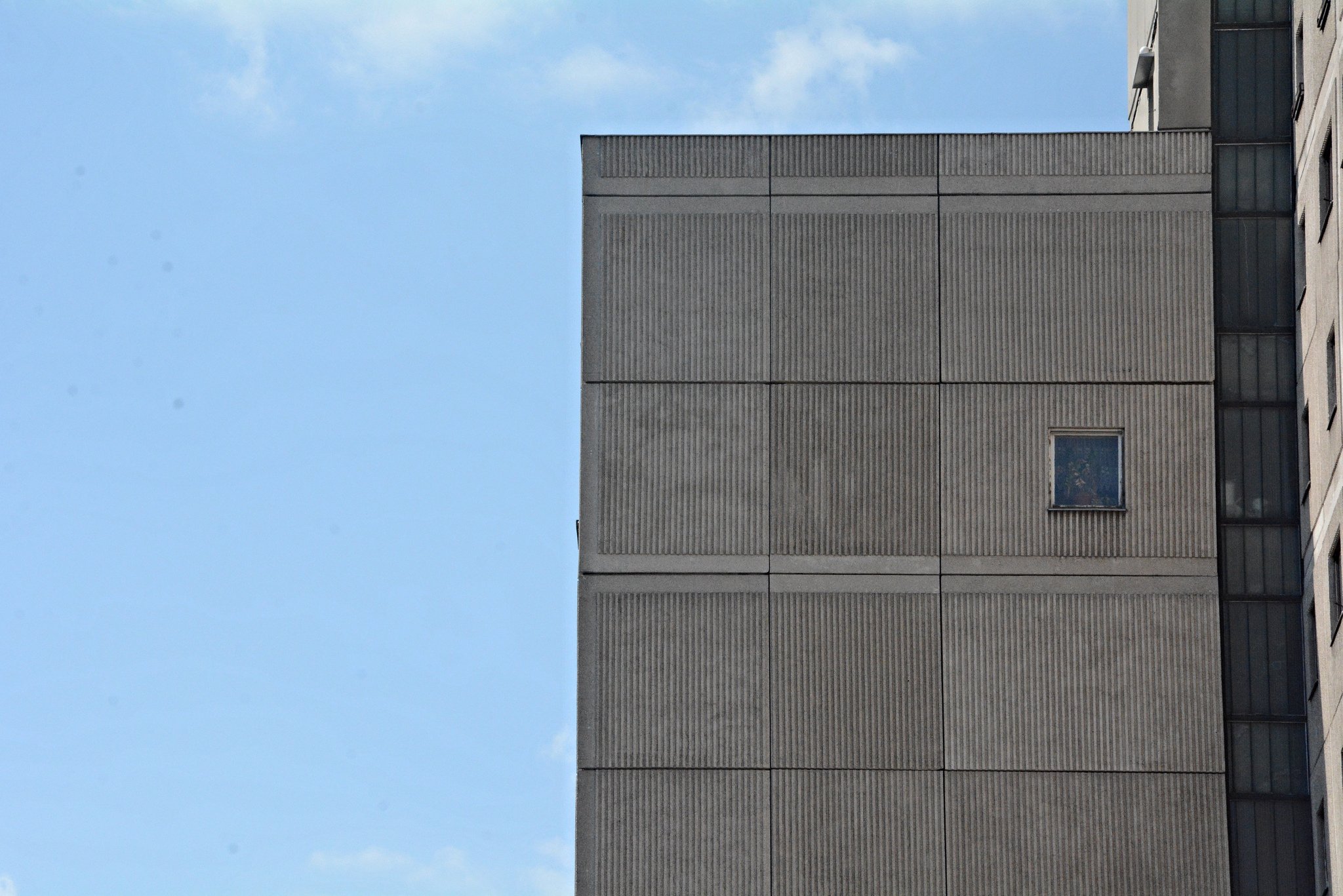 This prefabricated concrete colossos was not an ordinary Plattenbau like the ones mass produced all around East Germany. Built in 1984, this Plattenbau – due to its influential and prominent location was reserved for Diplomats, Party Officials and Journalists – but not for the really important politicians as they preferred life away from the masses in the Waldsiedlung in Bernau. Almost immediately after its completion a rumor cropped up about the solitary window: It was Honecker’s window! 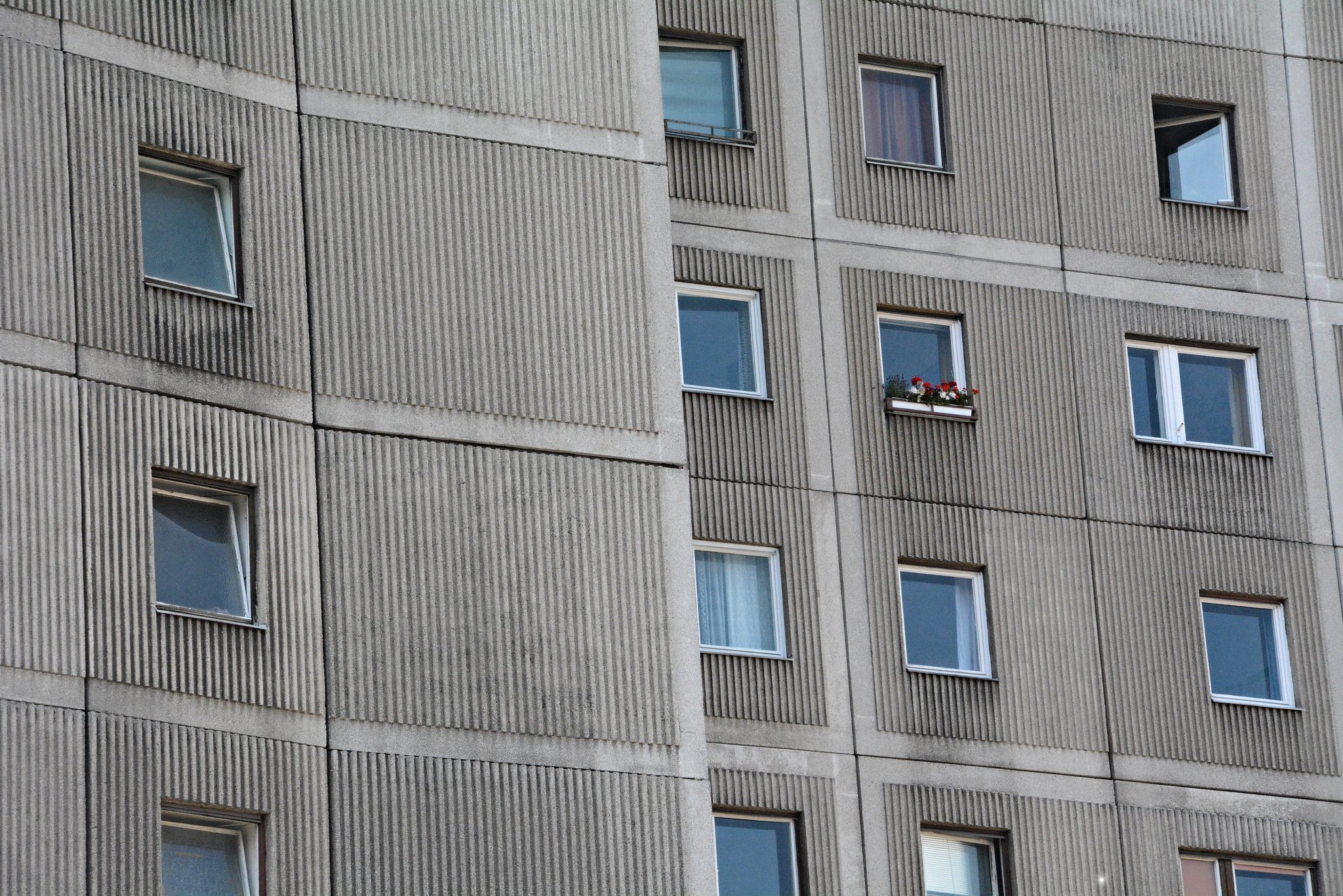 The rumor that went around was that one of the 2 daughters of Erich Honecker, the Secretary General of the Central Comity of the SED (aka the leader of the DDR. Heres a picture of his Office in the Staatsratsgebäude) – lived in the apartment, and behind the window was the bathroom of said apartment. Seeing as the window wasn’t originally planned, the daughter used her influential position to have it installed afterwards. Another variation of this rumor was that the window was installed so Honecker could have a look at loyal subjects as they perused over the Alexanderplatz. 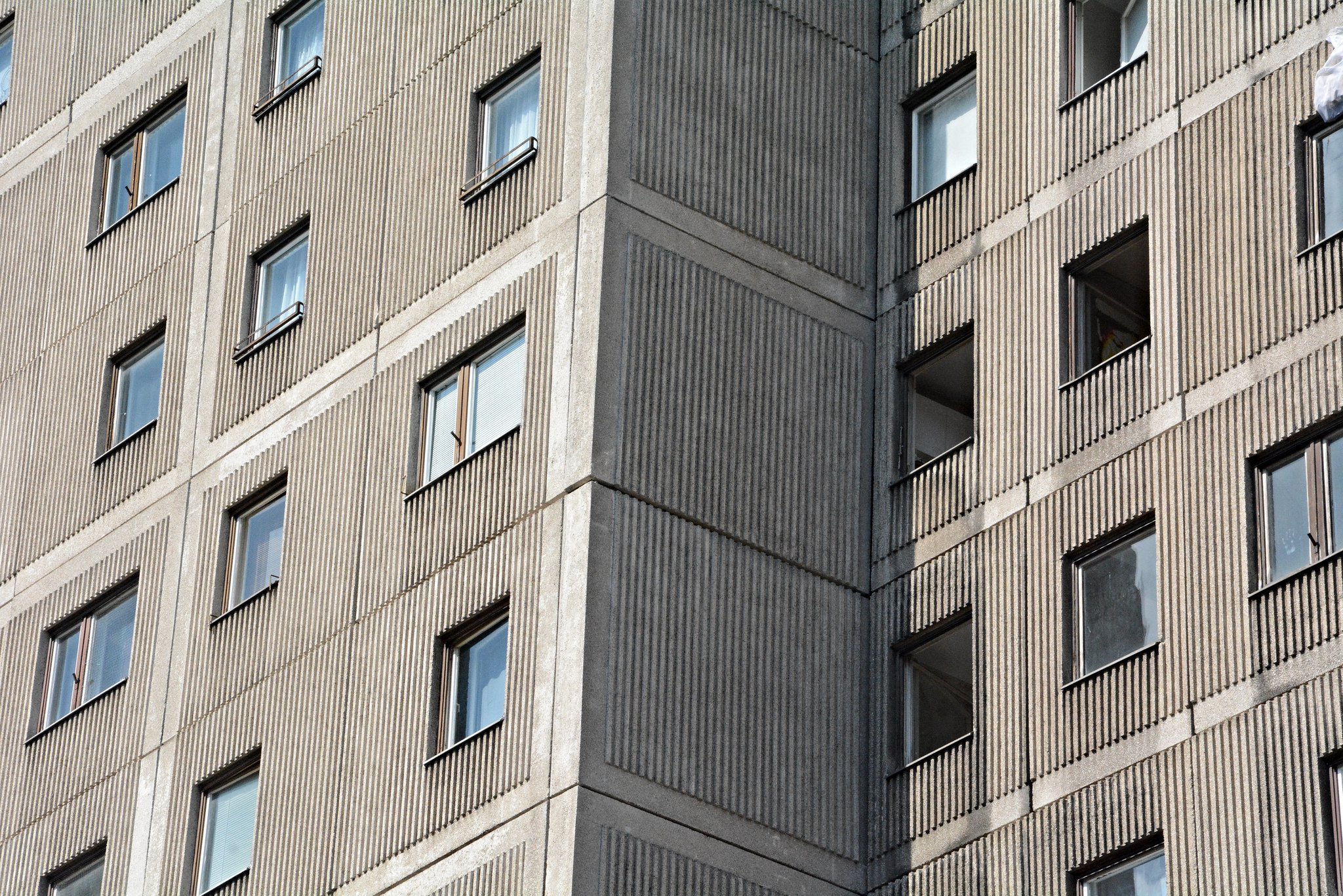 As is the nature of a rumor – the more important the person involved in it, the more people would like to believe in it.  The reality surrounding Honecker’s window is slightly different from the myth surrounding it. So lets break down the rumor:

But all this doesn’t really explain why there’s a window there. The logic here is quite simple. The bottom floors all follow the same layout of 1 and 2 Bedroom apartments, but the higher up you go, the larger the apartments become. Under the window – from the 8th floor and bellow, there are hallways. The apartment on the 9th floor though has a completely different layout, and where you would normally find a hallway, is a room. And when you have a room, you need a window. Simple as that. It still is rather peculiar that theres only one window on the side of the building though… 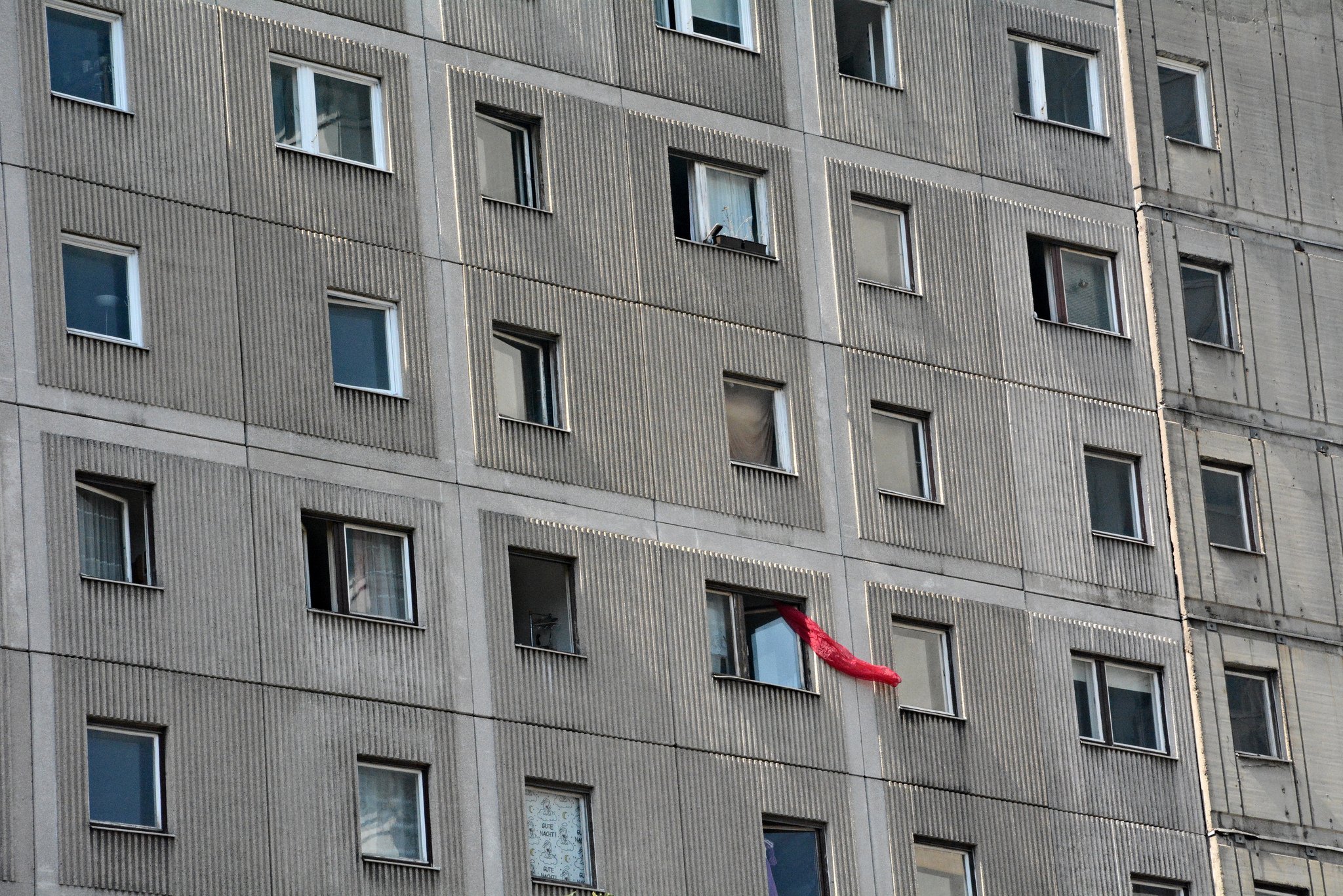 After over 25 years of reunification, the city is still trying to come to terms with its socialist inheritance. The neighbouring buildings are currently being renovated and new facades have managed to give this part of the city a friendlier face. The apartments around “Honecker’s Window” might hopefully profit from a similar action.

Old or new facade – it makes no difference. Whenever I walk past Alexanderplatz ill look up and choose to believe that Honecker once looked  down from there.