Berlin is full of famous streets. The illustrious Kurfürstendam with its luxury shops. The historical “Unter den Linden” lined with Embassies leading up to the Brandenburg Gate, or the Oranienburger Straße with its hookers and alternative vibe (thanks to gentrification thats almost gone – the vibe not the hookers). In Berlin, streets are made for you to “Flanier” – to saunter. Lined with trees and shops – you are encouraged to slowly stroll through the city without any purpose aside from enjoying the moment. But there is one street in Berlin that is often missed, ignored or even simply just overlooked – even maps omit it, all for the simple reason that its too short! The Eiergasse. 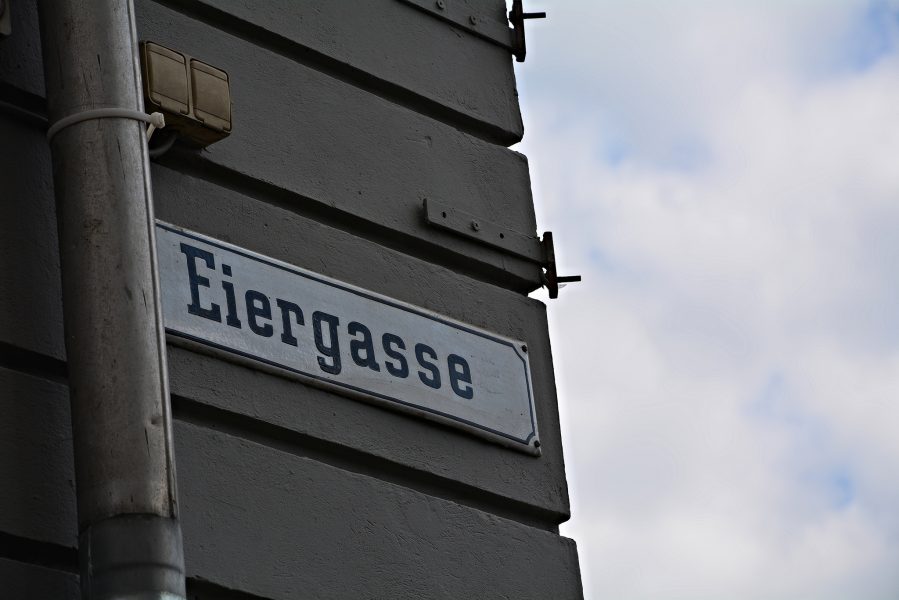 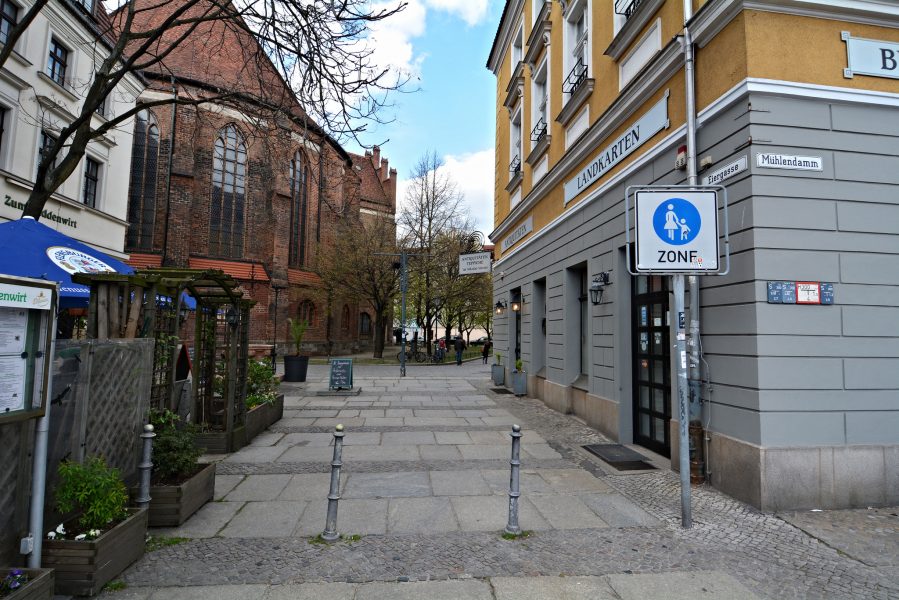 The Eiergasse – literally “Egg Alley” is a mere 16 meters long, which explains why most maps dont even bother including its name. Not only is it the shortest street in all of Berlin, its also one of the oldest. Its origins date back to the year 1200, when it lead into Molkenmarkt – Berlins oldest square (which still exists today). 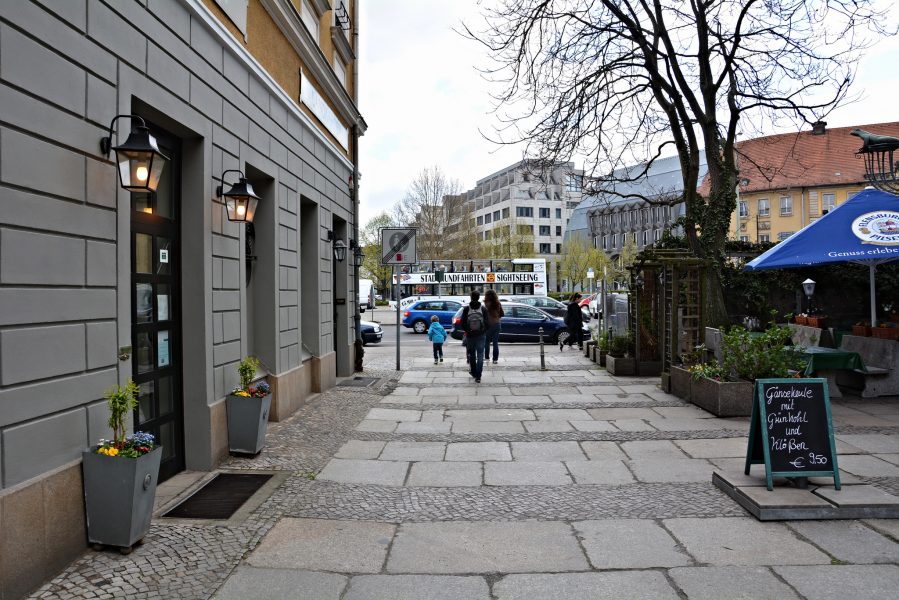 The Molkenmarkt (Whey Market aka Milk Market) sprung up as a trading place before even Berlin existed. From roughly 1200 until 1685 it was known as Oldemarkt (Old Market), from 1685 to 1728 as Mulkenmarkt, from 1737 to 1759 as Königsmarkt and from 1750 onwards officially as Molkenmarkt. The name originated from Catherine of Brandenburg-Küstrin, who sold her dairy produce at the market. 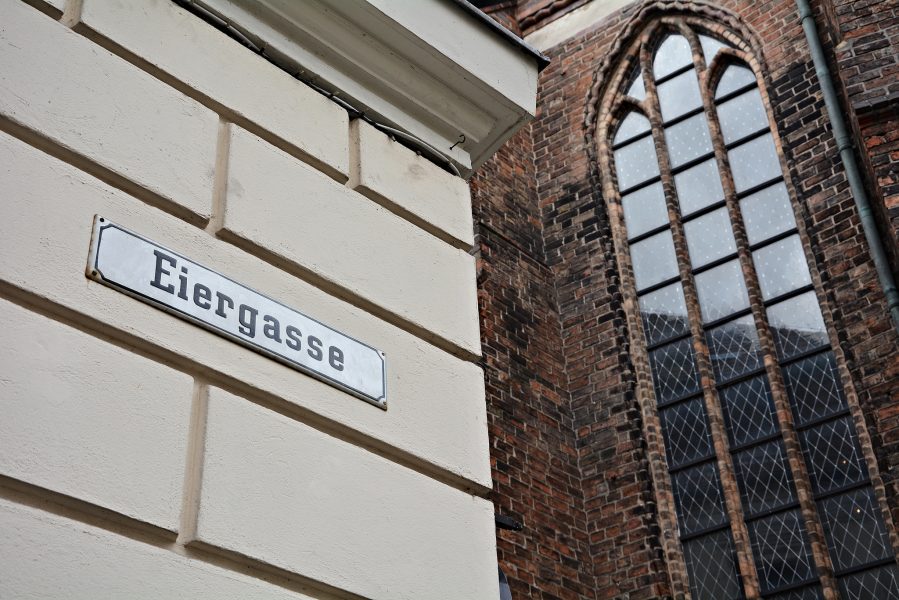 As with most practical street names – the Eiergasse took its name from the fact  that while people were haggling for Milk at the Molkenmarkt, farmers started selling their chicken eggs in the alleyway. Just a stones throw away used to be the Bollengasse (Bolle -> Onion) – where people sold onions. Practical names for practical purposes. 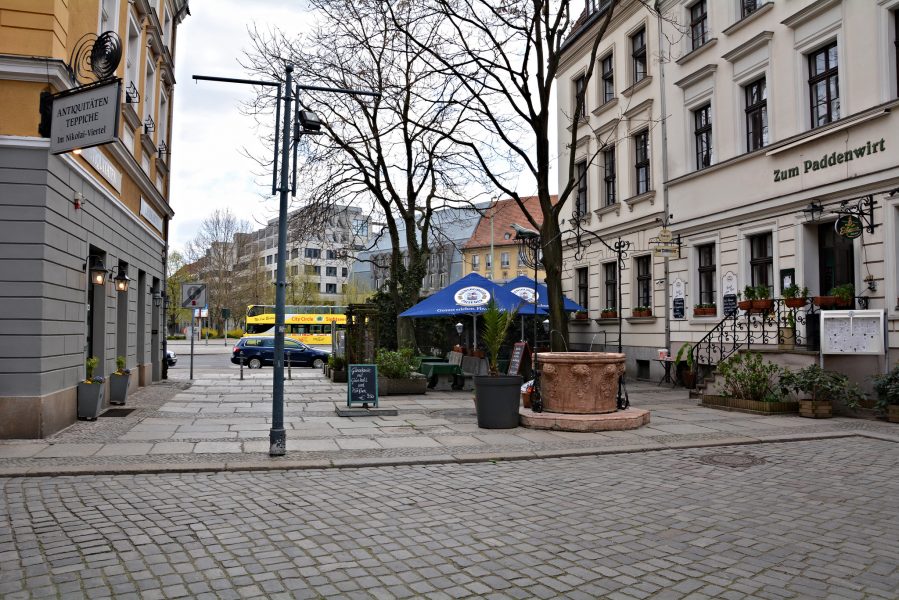 The original Eiergasse used to be 50 meters long, but the air raids of the second world war completely destroyed the Nikolaiviertel including the gasse.  After 1945 the street completely vanished from the city plan, until the area was completely renovated in 1984 in preparation for the 750 year anniversary of Berlin. With the renovation and redesign of Berlins City Center (the same project that saw the reincarnation of the Spitteleck) the Eiergasse was shortened down to its current length of 16 meters. Or roughly 266 medium sized eggs. 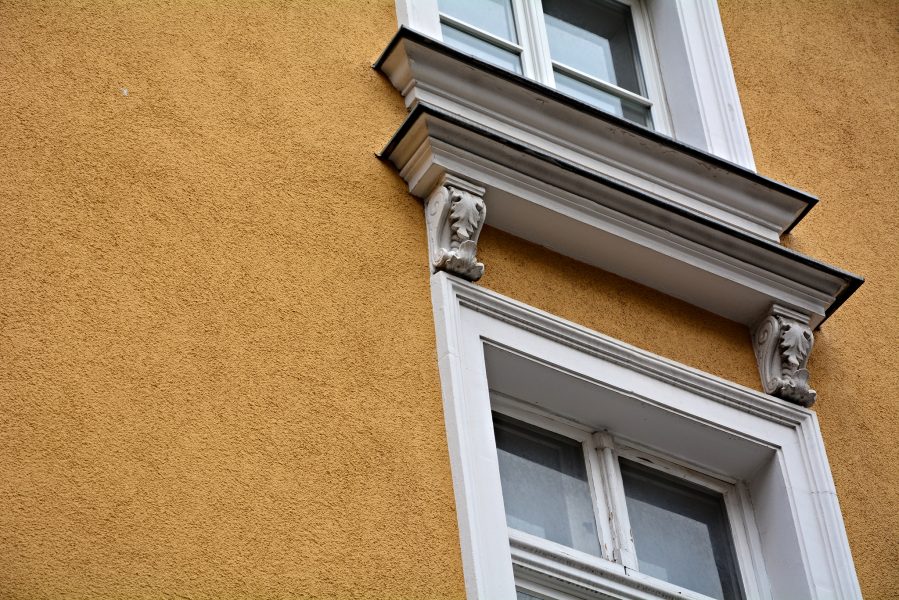 One side of the small street houses 2 Antique Shops – on specialising in Maps and Prints, the other on everything else that you can imagine. On the other side youll find the restaurant “Zum Paddenwirt”. Back in the day (as in 1800), the restaurant received its delivers via the River Spree. One day the owner was too lazy to pick up his beer from the Boat and left it out for the night. Apparently one of the Barrels had sprung a leak and attracted thousands of frogs. From that day on he was known as the “Paddenwirt”. In the 19th Centruy, Frogs were known as Padden -> Paddenwirt -> Frog Innkeeper.

The Eiergasse. All in all a very short street with a very long history. If you’re ever around Alexanderplatz or strolling through the Nikolaiviertel  its definitely worth the visit. If you can find it that is.