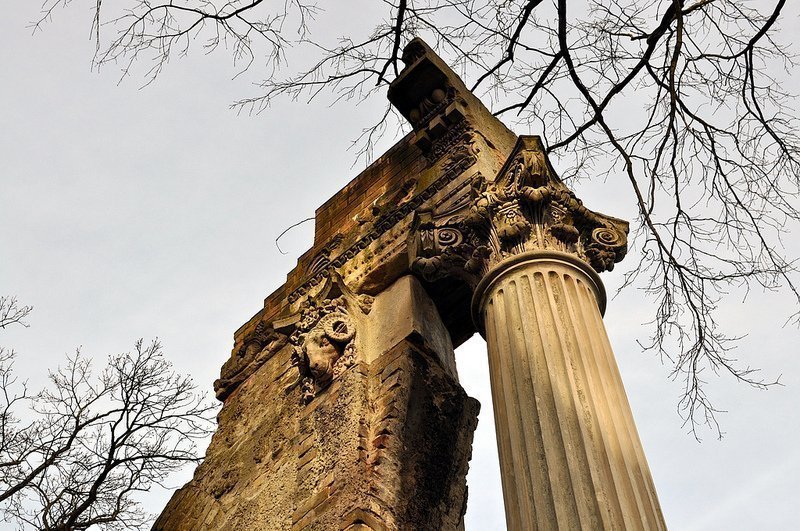 This Island isn’t meant for visitors. 250.000 m² large, a few dozen villas and a single road that goes around in a circle.  There isn’t much to see here if it weren’t for a french column. More specifically a column from the Tuileries Palace in Paris, former home of the French monarchs, from Henry IV to Napoleon III.

So how did this symbol of french monastic wealth and power end up on a small Berliner Island? For that one needs to have a brief look at the History of the Palais des Tuileries: 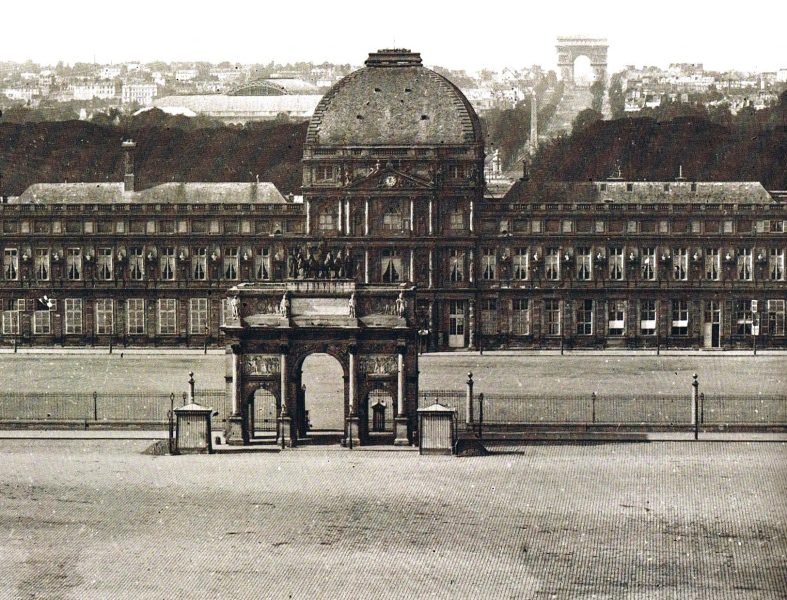 “The  Palais des Tuileries, was a royal and imperial palace in Paris which stood on the right bank of the River Seine. Built in 1564, it was gradually extended until it closed off the western end of the Louvre courtyard and displayed an immense façade of 266 metres. It was the usual Parisian residence of most French monarchs until it was destroyed in the upheaval of the Paris Commune in 1871.”

The Tuileries stood in ruins for 11 years, until the french 3rd republic finally decided to completely tear down the remnants of the palace. Up until that point – a crafty businessman sold off pieces of the palace to whoever wanted to buy them. 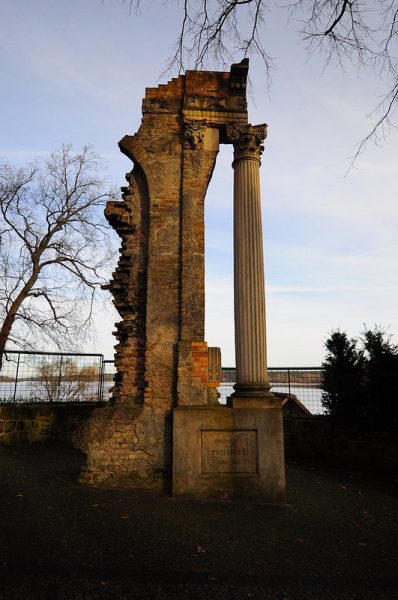 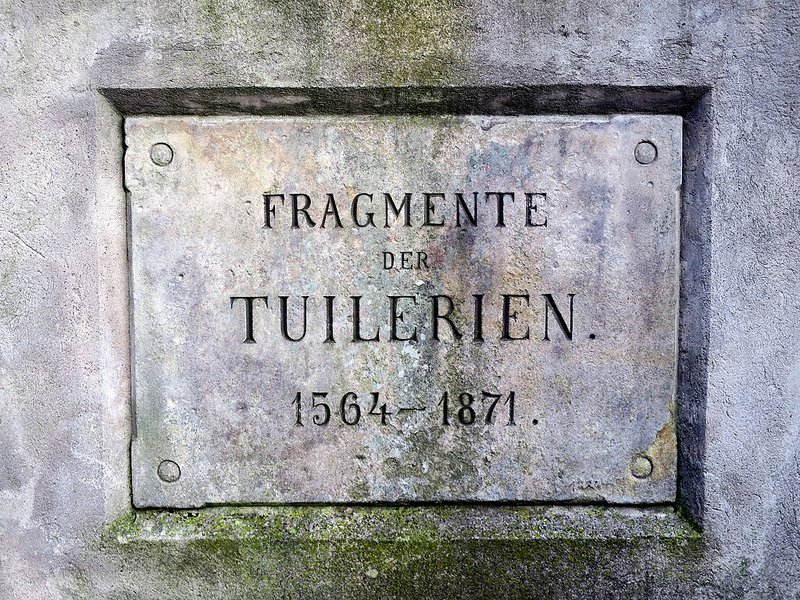 In 1882, the extremely wealthy industrialist Wilhelm Wessel bought the small Island Sandwerder on the Havel River in Berlin. After building a suitable Villa for himself on the middle of the Island he then proceeded to remodel the island with a lush garden landscape in order to divide it up and sell it off piece by piece to potential wealthy buyers. While remodelling the Island, Wessel managed to buy several limestone fragments and had them shipped over to Berlin in 1884 where Tuileriensäule was erected in a “mock ruin”. 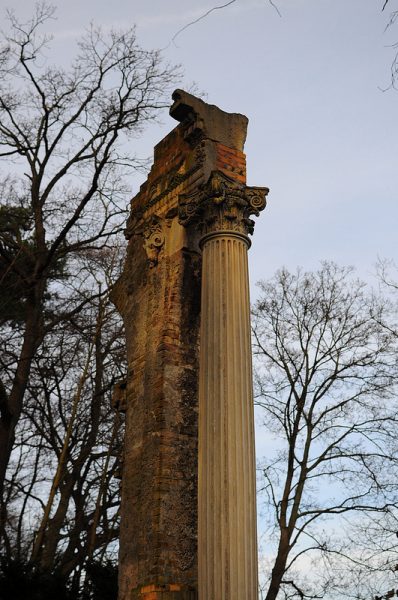 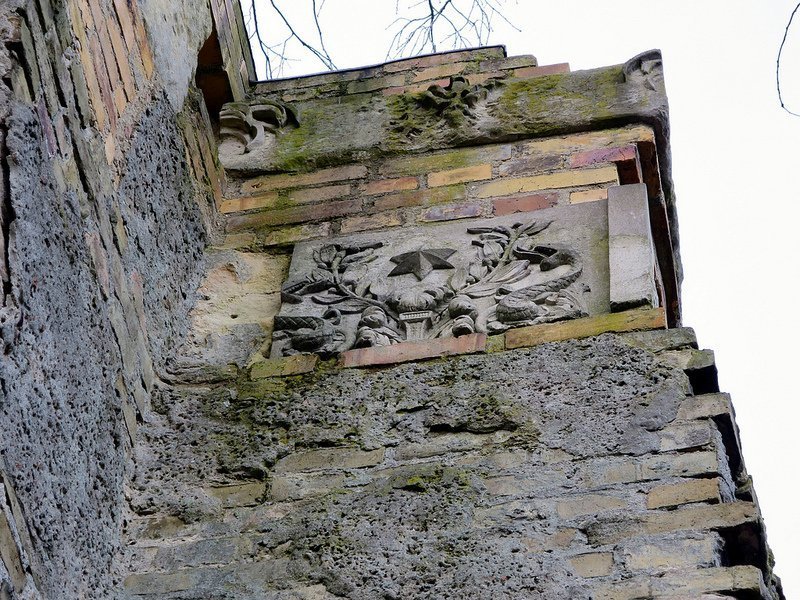 Schwanenwerder soon became the most exclusive address in all of Berlin, and was especially popular amongst the Jewish Elite. That soon changed when the Nazis came to power – when the previous owners were forced to sell off their Villas undervalue to none other than Goebbels and Speer. The Island had such a ring to it that a Villa was even reserved for the Führer himself (he never actually lived on the Island).  The Nazi past of Schwanenwerder is best dissected in an upcoming post though. 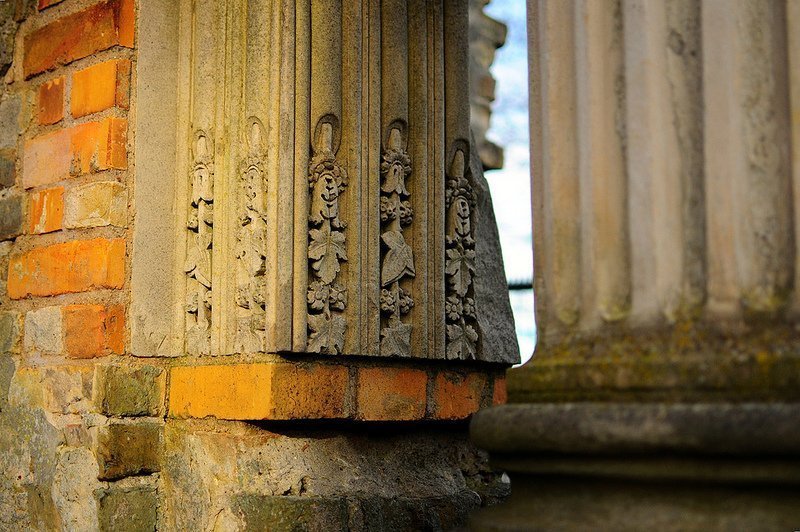 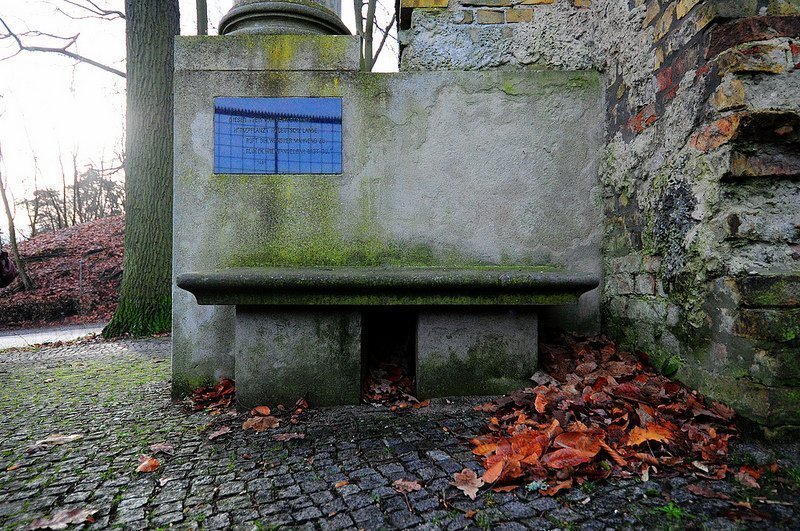 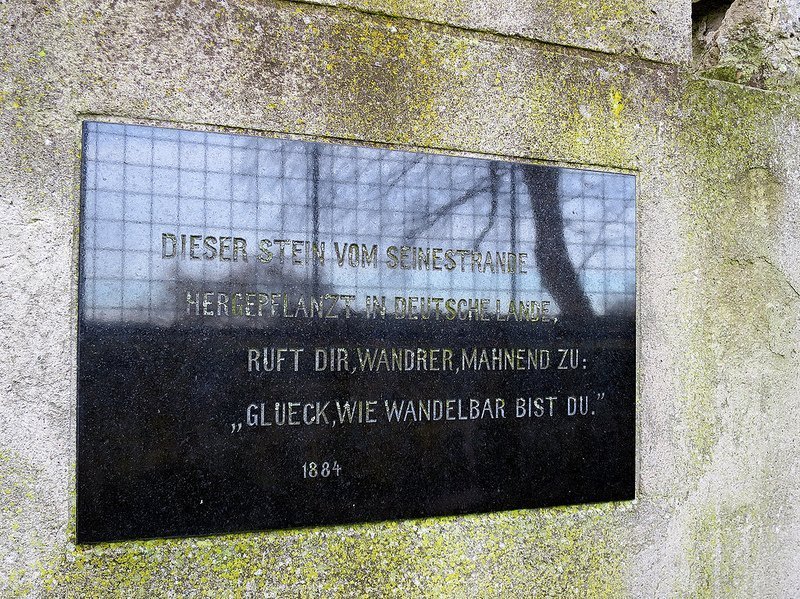 The Villas and the Column survived the war relatively unscathed, but in 1945 the French Government was under the impression that the Column was stolen during the 1871 war (which France lost, and led to the unification of Germany) and demanded that it be repatriated. The French Military was soon persuaded that the Tuileriensäule wasn’t a case of war loot, but was legally bought – so it remained safely on the Island. 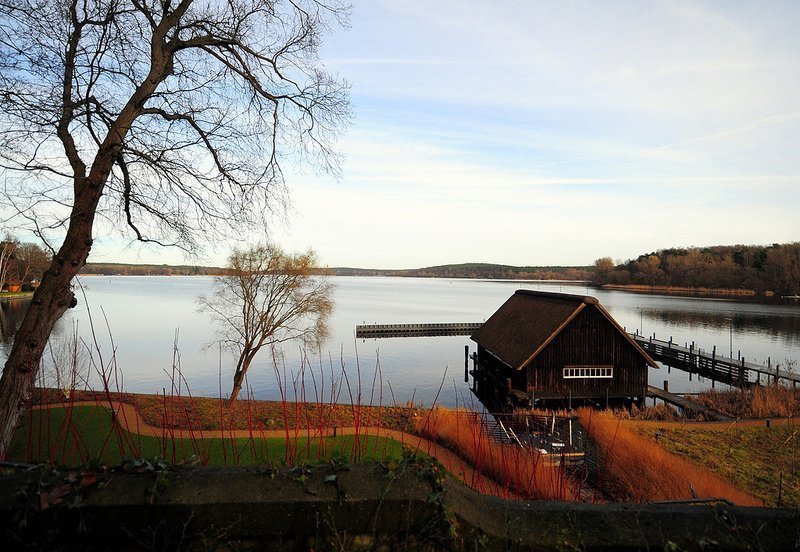 Most of the villas have since been torn down, and replaced with other, newer, opulent buildings. But the Tuileriensäule still stands on an alcove next to the road. It’s somewhat smaller than one images. It feels like its being dwarfed by its surroundings. It would be tempting to just walk up to the Column – stare into the creepy rams eyes – turn around and leave the Island. But then you would miss out on the stone bench hidden behind the column. The view is slightly obscured by a mesh fence – but it does offer a peaceful picture of the Havel and its surroundings (on a sunny day you can see all the way to the Grunewald Turm). Just as you are about to rest on the bench you’ll encounter a healthy dose of German Realism in the form of a plaque inscription. A truly German way of ending a sunday excursion.

This Stone from its Beaches

“Luck, how unsteady are you!”

Public Transport: Bus 218 – Stop: Wannseebadweg. It’s a good kilometer walk from the Bus Stop. It’s best to visit this in the Summer with a Bike.