Just as I was about to post this I stumbled across some bad news. Some asshole set the VEB Kabelwerk Köpenick on fire on the 7th of June 2013. 200 sq m of the Roof went up in flames, and according to the Fire Brigade part of the building is in a severe danger of collapse. It seems like the factory halls have not been affected, but im quite sure that the area will now be put under more security.


A bystander managed to catch the whole thing on film

Abandoned factory halls are a hard thing to come by these days. Most factories within Berlins city limits have either been torn down or re-purposed. But there is hope yet: Köpenick – a district on the far south-east edge of Berlin is an Industrial Treasure trove. On route to the sleepy “seaside” town – large industrial complexes tower by the roadside, begging to be explored. One of them was the VEB Kabelwerk Köpenick. 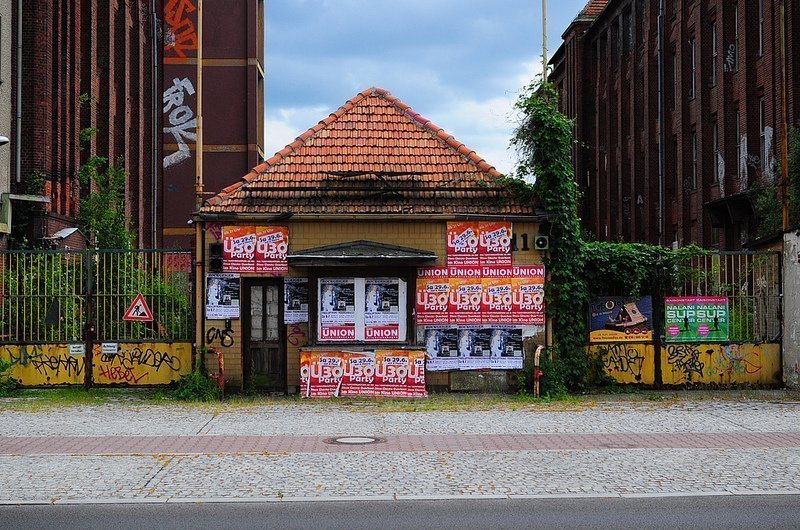 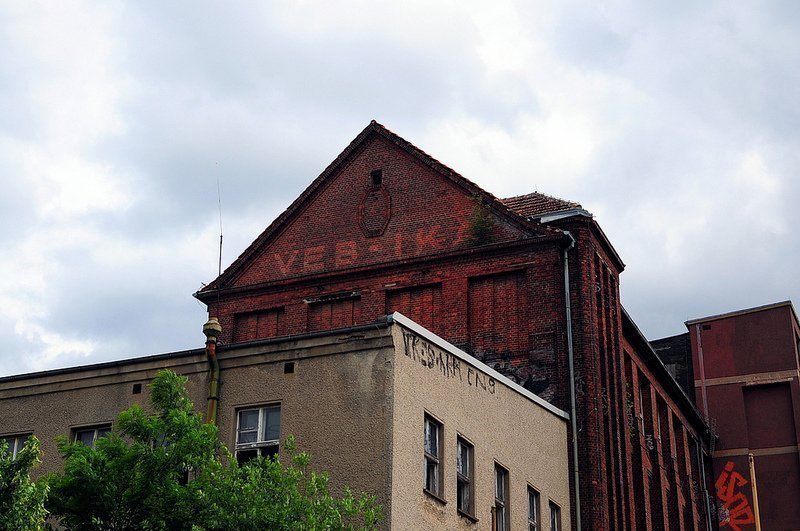 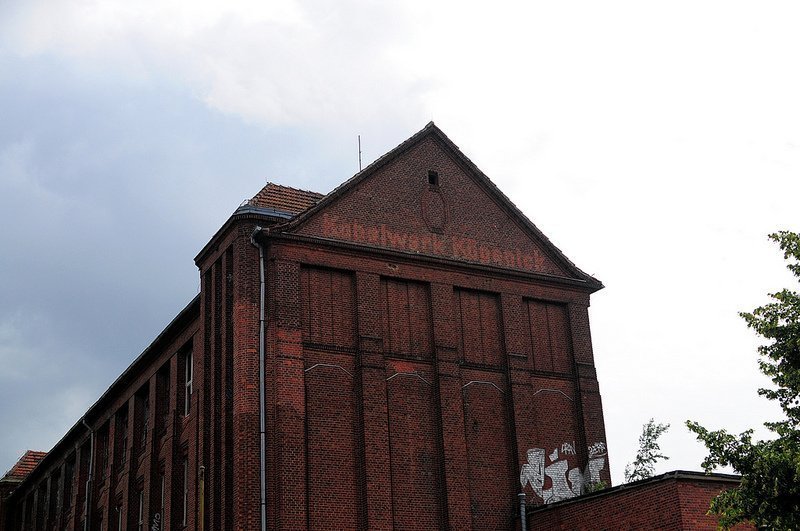 The VEB Kabelwerk Köpenick and VEB Oberspree should not be confused with each other. Though both are located in/around Köpenick both were separate entities until their forced expropriation and fusion by the Soviets in 1952.

Berlin rapidly developed and prospered in the early 20th Century through the industrial development. Factories such as the VEB Rewatex, took advantage of the cheap land prices, low taxes and waterways and set up camp on the outskirts of Berlin.

Julius Vogel founded the C.J. Vogel Telegraphendraht-Fabrik – a Telegraph Wire Company – in 1895 in Berlin Mitte. Seeing as telecommunications, just like today, was a lucrative enterprise his business grew rapidly and he brought it to the stock exchange in 1897 under the name C.J. Vogel Draht- und Kabelwerke AG. 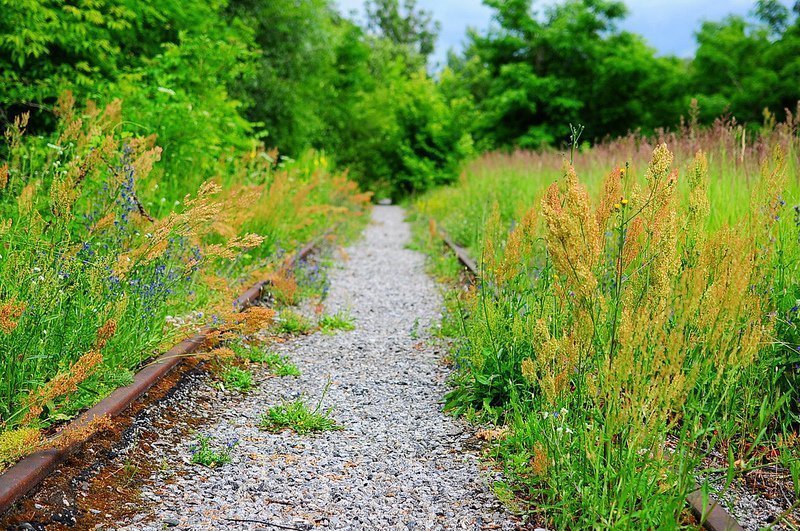 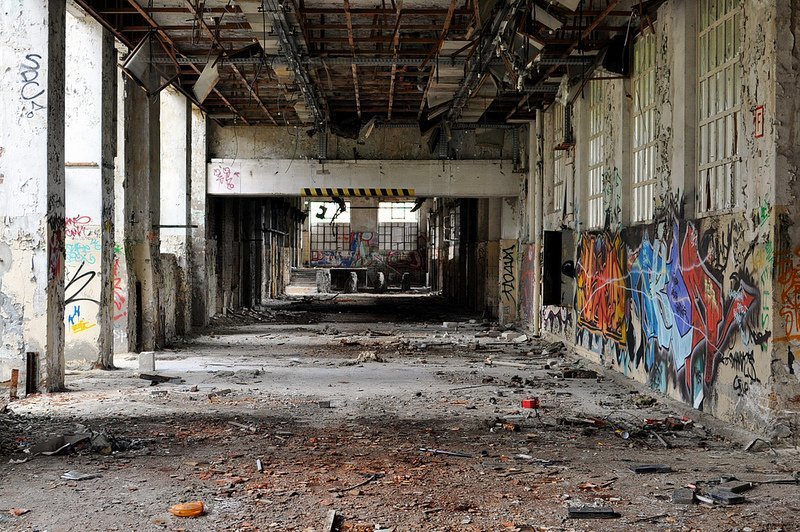 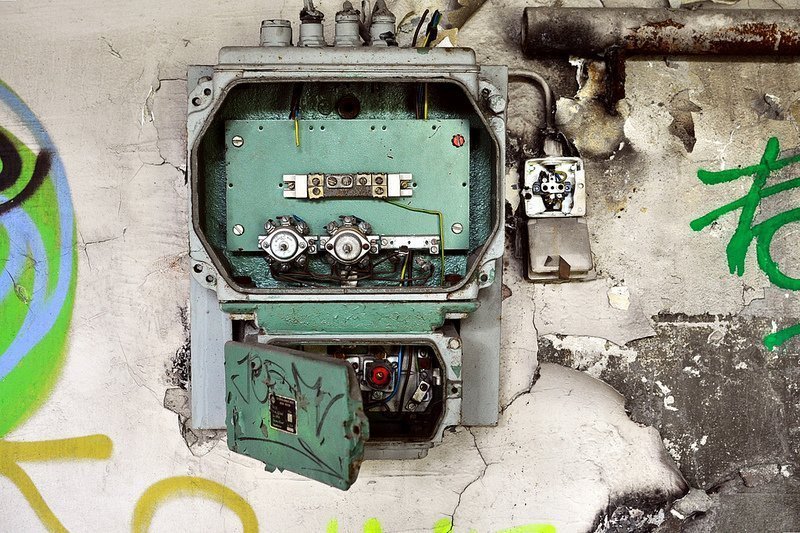 With his enterprise in Berlin Mitte reaching fully capacity – Julius Vogel followed the trend and in 1916 moved his factory to the outskirts of Berlin in Köpenick.

The C.J. Vogel Draht- und Kabelwerke AG survived the second world war relatively undamaged but unfortunately ended up in the Soviet Occupied Zone (like the abandoned nail factory). The Soviets initial plan was to “deconstruct” the plant and ship it back to the Soviet Union as war reparations (a relatively common practice among the Allies) – but for unknown reasons they decided not to do this.  The C.J. Vogel Draht- und Kabelwerke AG was placed under Soviet Trusteeship in 1949 and resumed production. 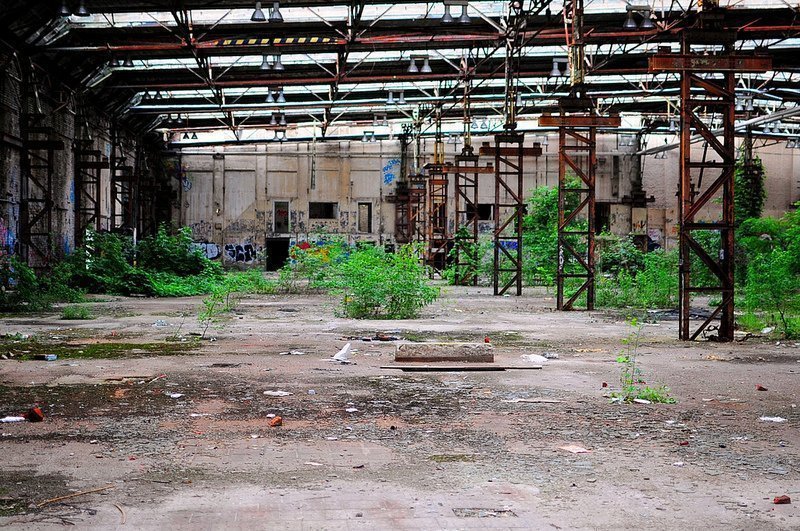 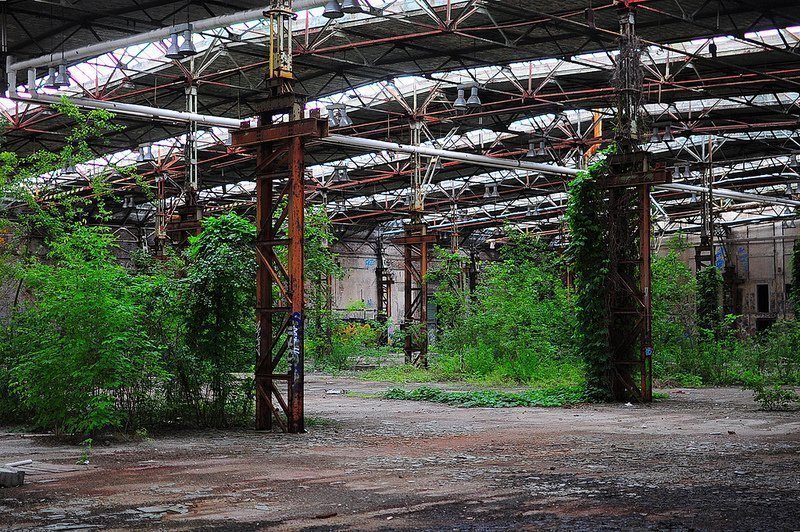 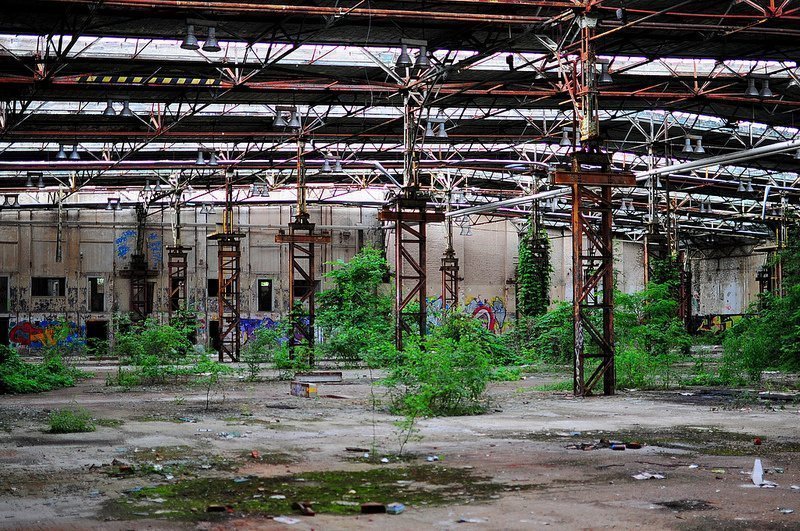 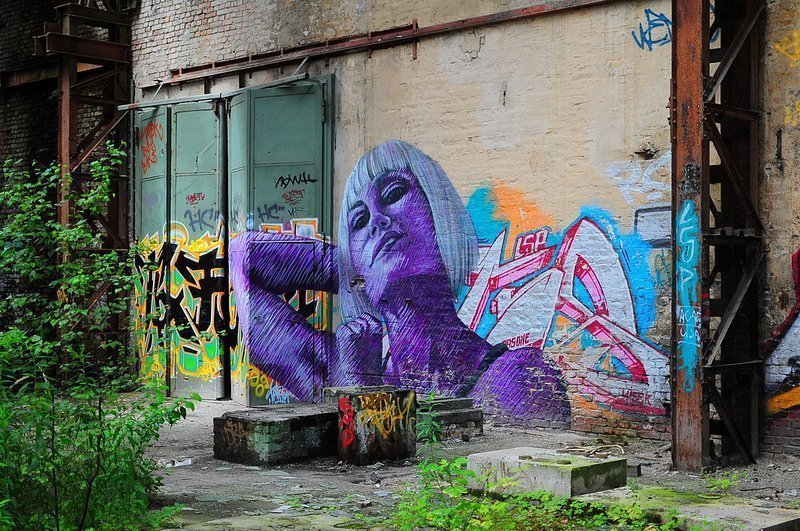 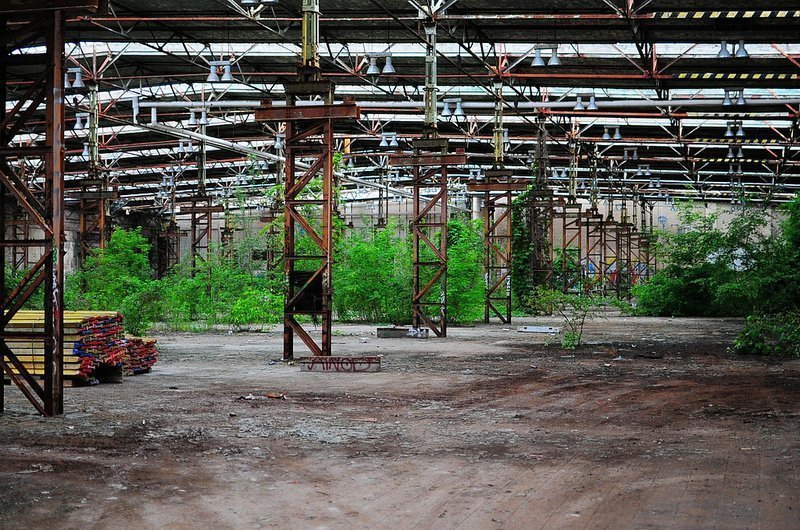 Though technically still “privately owned” – the Soviet Authorities and the East German Government soon implemented a policy of widespread forced nationalization (VEB – Volkseigener Betrieb – nationally owned enterprise). The kabelwerk fell victim to this as well and was transformed into the VEB Kabelwerk Köpenick (KWK) . Along with the nationalization came the fusion with 6 other nationalized Cable Manufacturers: Kabelwerk Oberspree, Kabelwerk Meißen, Kabelwerk Vacha,  Kabelwerk Plauen, Kabelwerk Adlershof, and the Kabelwerk Schönow. 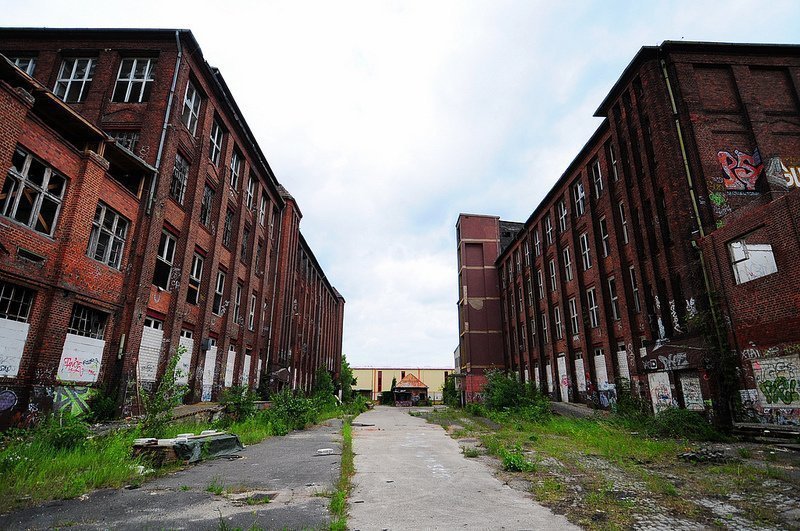 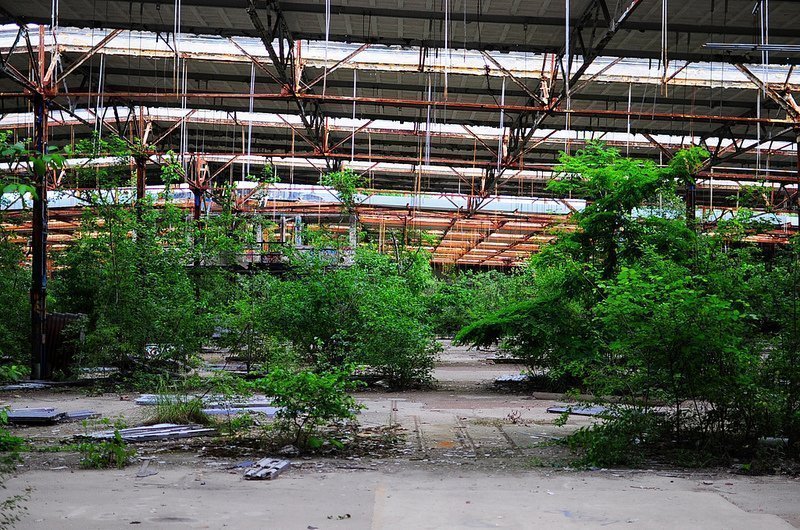 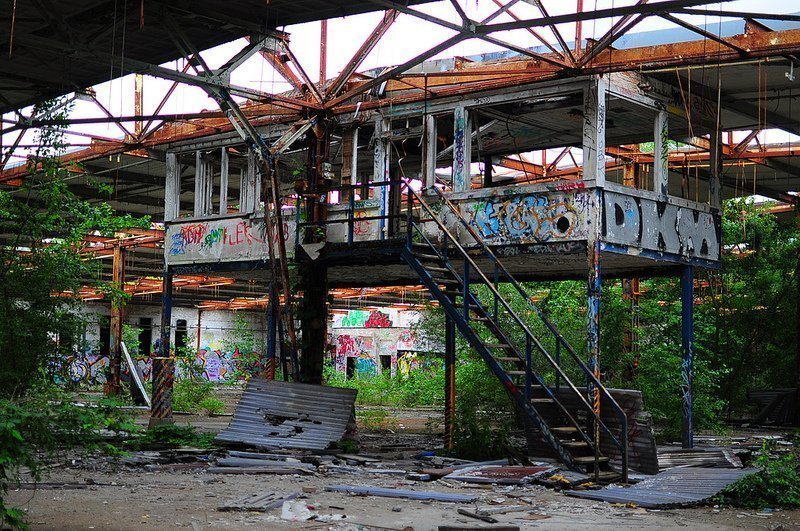 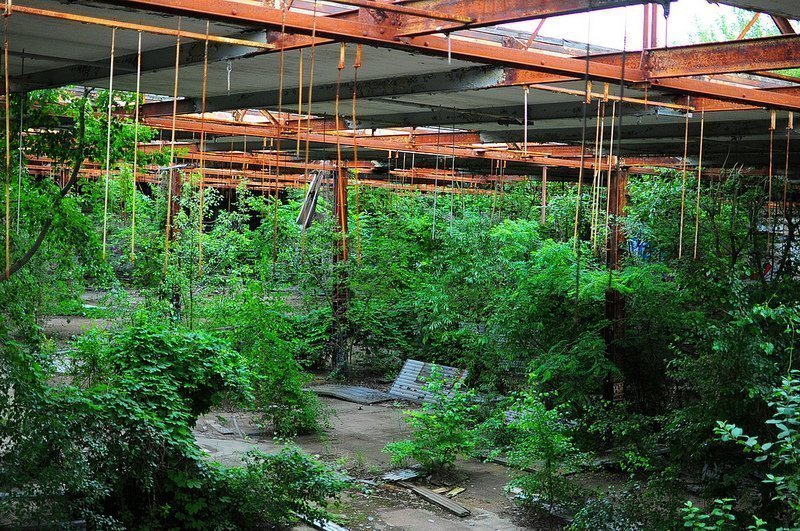 On the 17th of June 1953 – when the first unified uprising against the Soviet Occupation broke out in the DDR – the workers of the VEB Kabelwerk Köpenick stopped their work and joined in. For those that can read German – I can highly recommend reading through this East German Police timeline of (a partial )report on the events. Heres an excerpt: 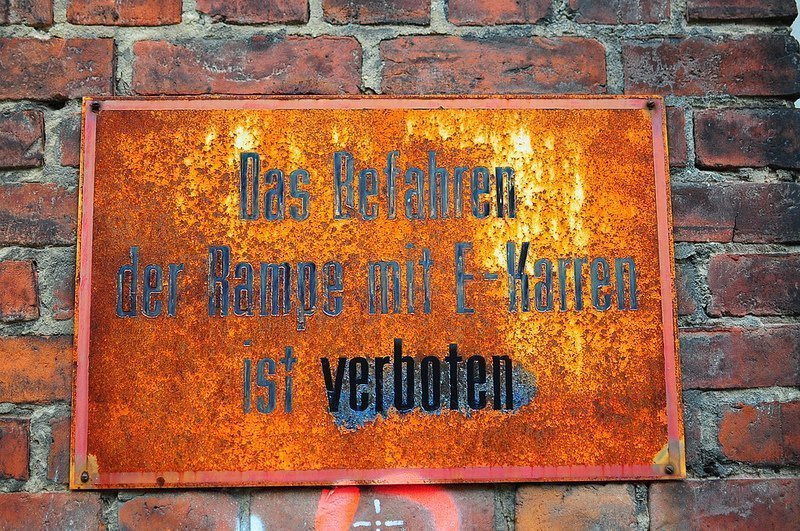 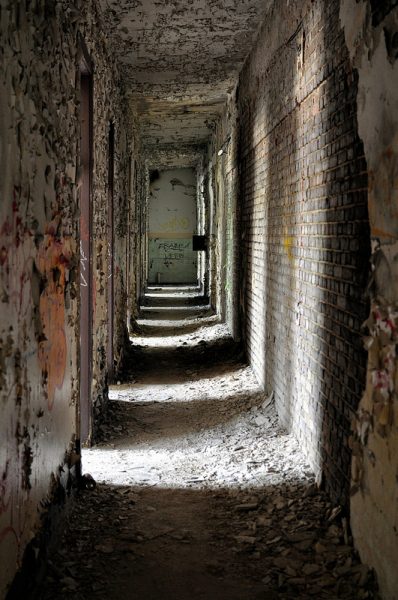 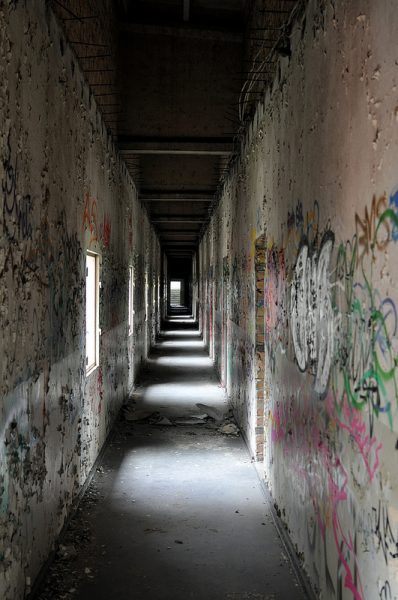 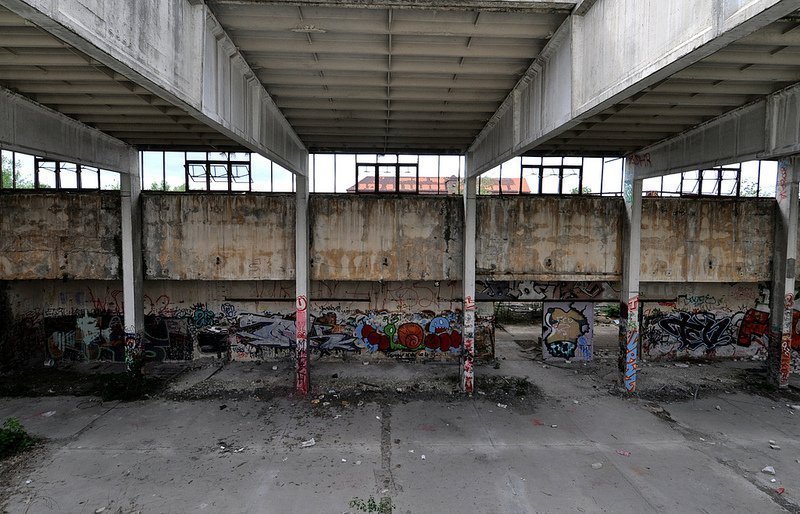 After the collapse of the DDR – the VEB Kabelwerk Köpenick was dissolved, placed under the Treuhandgesellschaft and reformed as the Kabelwerke Köpenick GmbH. The newly re-founded Kabelwerke Köpenick soon relocated to a new property and abandoned its former property.  The factory halls have stood empty since then.

The current owners have tried to attract investors – in vain – as the buildings are “listed”, and the cost to build up something new would be extortionate. A wild jungle has started growing in the large factory halls while the factory buildings have been stripped of all metal by scrap hunters. 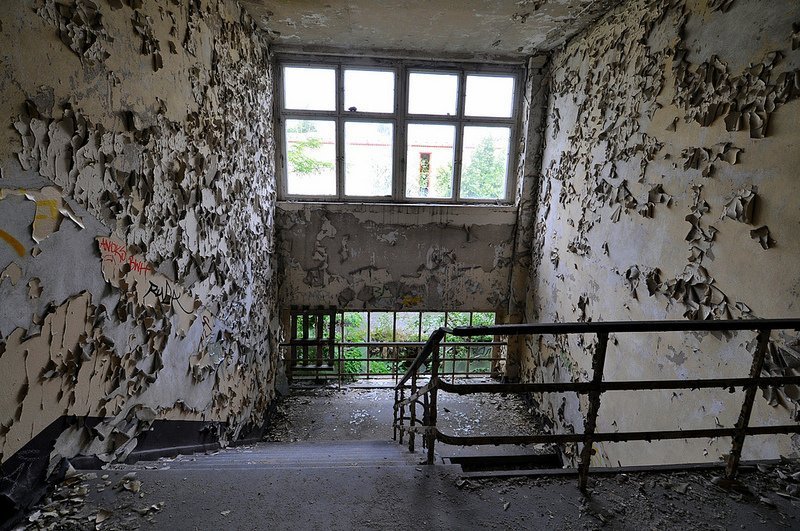 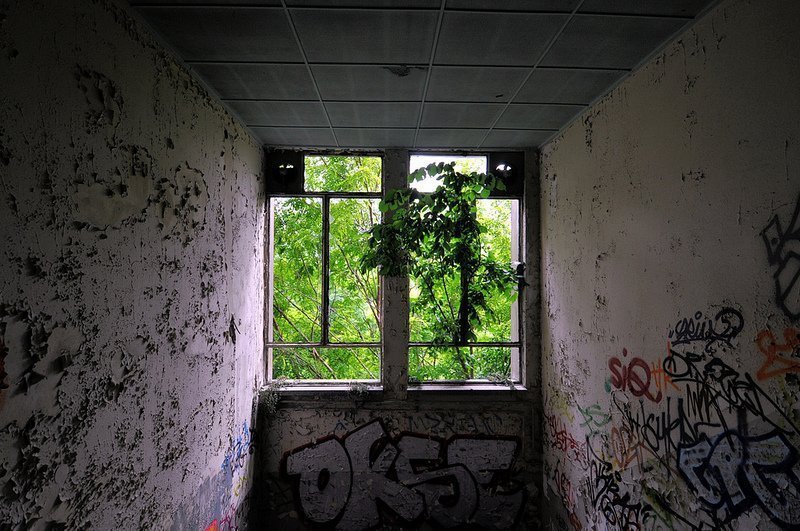 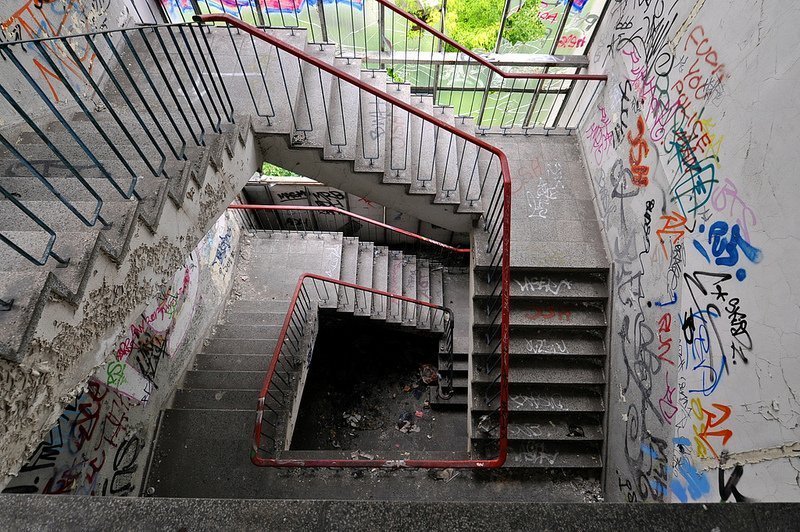 Getting in to the VEB Kabelwerk Köpenick is relatively easy. So easy in fact that while we were wandering through the factory hall, a random guy drove in with his motorcycle. Not really something we were expecting (we being me and Abandoned Berlin).
While the complex looks absolutely massive from the outside – the VEB Kabelwerk Köpenick consists of relatively few buildings. The multi-story buildings are bricked up – meaning that exploring them is rather difficult. From what ive seen though, they have been stripped of everything that could be sold/molten down, and the cellar is flooded knee-high with water. 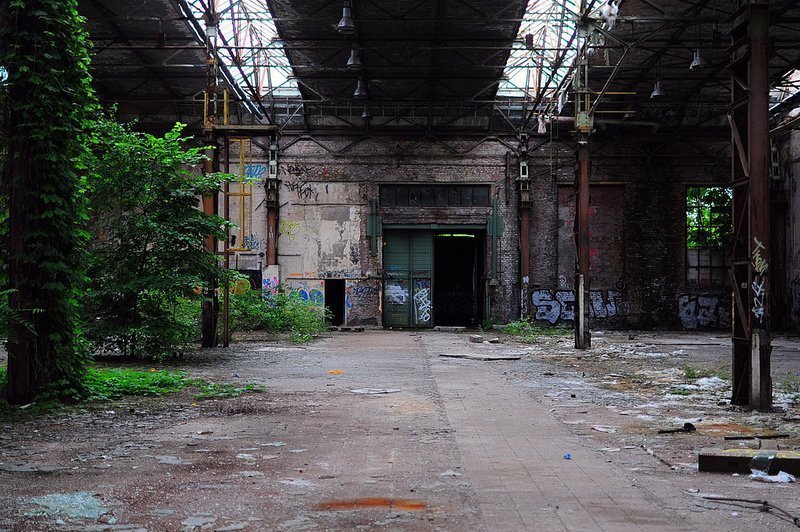 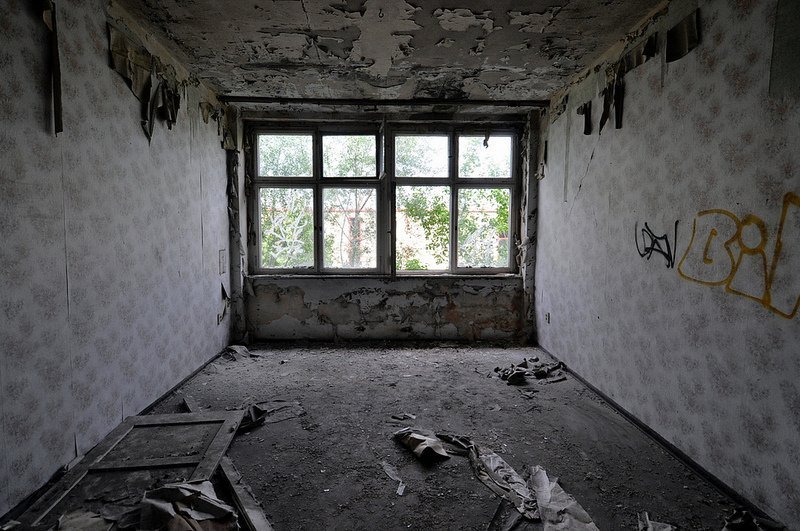 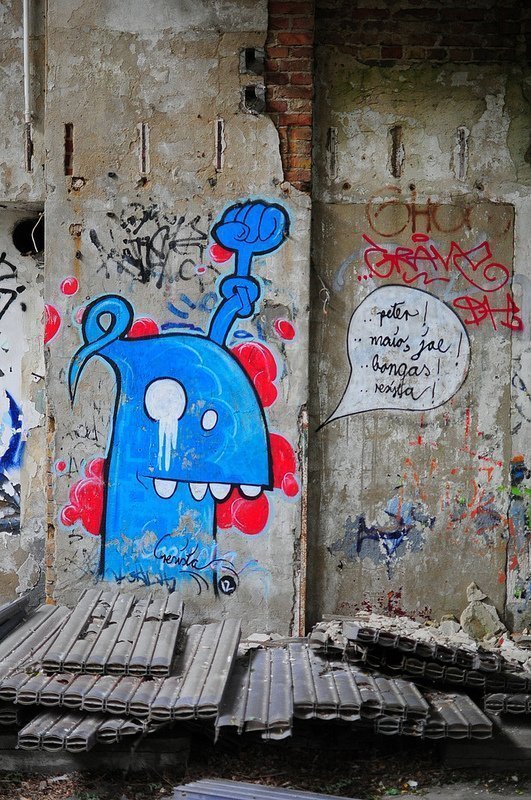 The large factory halls on the other hand offer a rather impressive picture. The sheer size of the halls and endless beams like a metal spine. And then of course youve got some quite a few trees growing out of the concrete. Both of the halls are virtually the same – one has slightly more trees and a very unsturdy viewing platform which I wouldn’t really recommend climbing.The metal construction is covered by glass panels and industrial lights – and while the lights look relatively sturdy, the glass isn’t. Watch your head.

Theres really not that much else to see here, but if you are ever on route to the Müggelsee or the Spreetunnel, then it’s definitely worth passing by here and having a look at the industrial jungle. 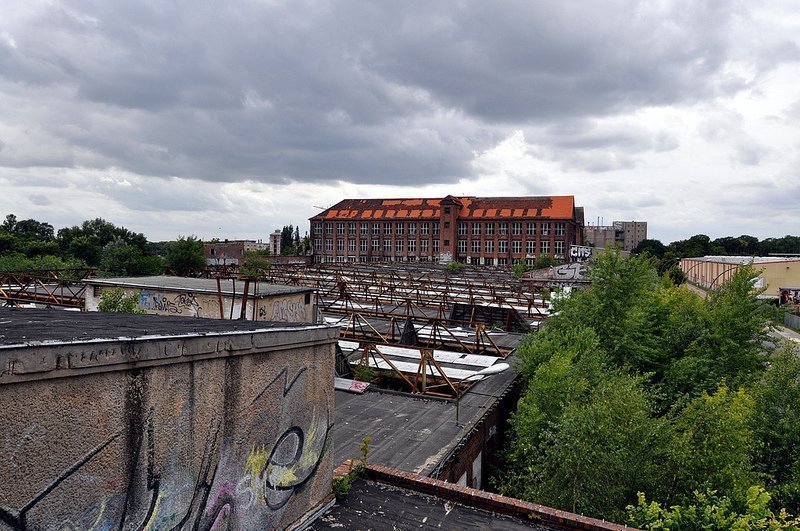 On a side note – there were relatively new construction materials, and a forklift in one of the halls – fairly obvious signs that somebody is doing something here. Caution and common sense are advised. If you’ve got the time I would also recommend checking out the VEB Fotochemische Werke Berlin (the abandoned Kodak Lab) which is just a few meters down the road.

For more pictures of the Cable Factory – check out the Flickr Album:  VEB Kabelwerk Köpenick

Public Transport: Get a bike and ride it down the spree until you reach Köpenick