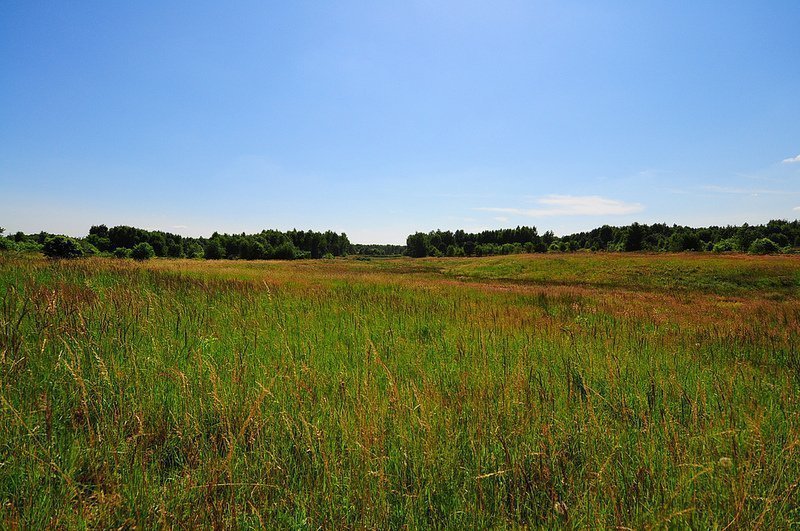 Gut Ding will Weile haben – a good thing is worth waiting for. That is until you wait too long. When I first moved to Berlin I heard about an abandoned army training base dating back to the 19th Century – the Truppenübungsplatz Döberitz. What really caught my interest though was the fact that there was an airbase in the middle of this military training ground which dated back to the early 20th Century.  Well it seems like I came too late as the Barracks, Bunkers and Air Base had been demolished and  3800 hectares were turned into the Döberitzer Heide Nature Park.

The Döberitzer Heide – a forested area to the west of Berlin had been used as a military training area since the 18th Century. The first large-scale maneuver – with over 44,000 soldiers – was held here in 1753 under Frederick II. Up until 1890 – most of the Berlin and Potsdam based troops trained at the firing range in Tegel, but the available space soon wasnt enough. Between 1893 and 1894, the Chief of the General Staff of the Guards Corps decided to buy 4400 hectares of land in Döberitz and promptly ordered the deforestation of 3/4 of the land.

A portion of the  trees were used for the construction of the officers casino, the barracks and the stables. The deforestation happened with the expected deployment of troops to the colonies in mind, to simulate steppe and desert-like geographies.

The training area was named after the former village Döberitz, which was located in the middle of the  land. In 1895 the village was cleared of its last residents, and subsequently Wach- und Arbeitskommando troops moved in. In the presence of Emperor Wilhelm II, the Truppenübungsplatz Döberitz officially opened on the first of April, 1895. The area initially served as a training ground for the Guards of the Emperor, but the area was expanded with the addition of a Balloon Squadron in 1901. 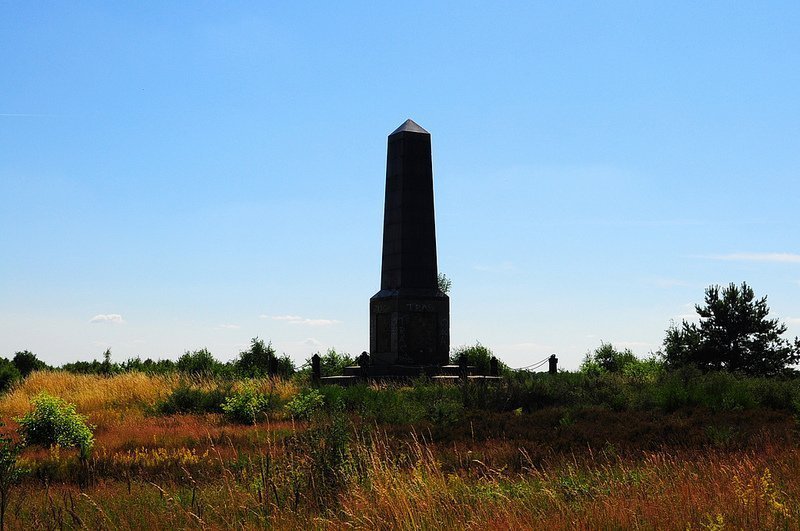 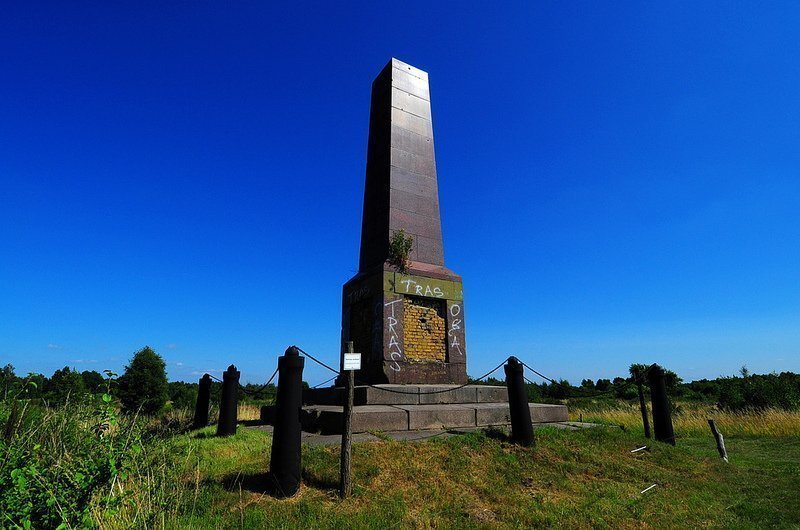 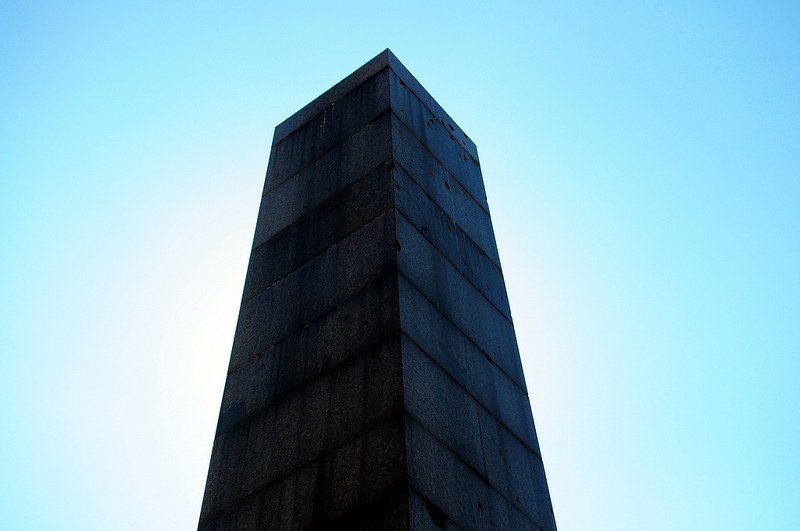 In 1903 – to the 150th Aniversary of Fredericks Maneuver – a 11,7 meter high obelisk was erected. The obelisk, which sits on a 7×7 meter large base – was constructed out of red swedish granite, and was surrounded by 8 vertical canons. 4 Bronze tablets were fixed into the base of the obelisk, honoring King Frederik II, the troops, and commemorating the day of the Maneuver.  After the russians came in 1947 (see below) the Bronze Plates went “missing” and most likely ended up in Moscow. The bullet holes show that the obelisk has suffered over the years. The base was painted in a dull military green to deter theives from stealing the red marble – and it became a tradition for the soviet soldiers to carve their names into the marble once their tour of duty was over. 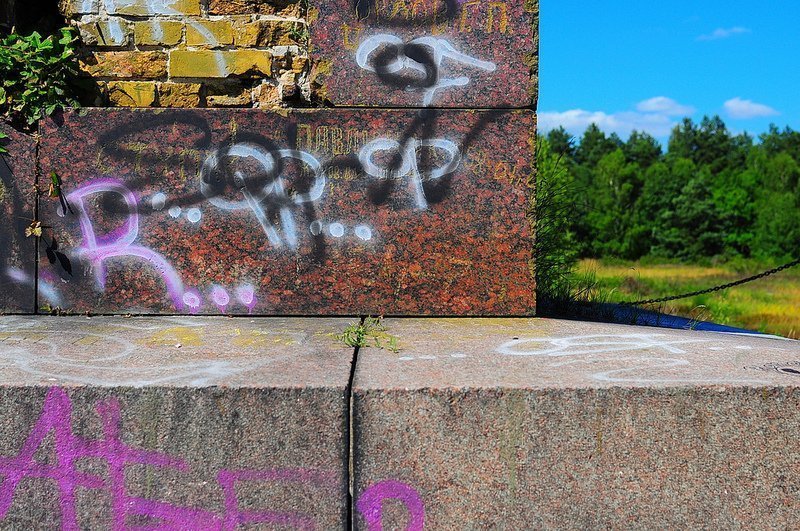 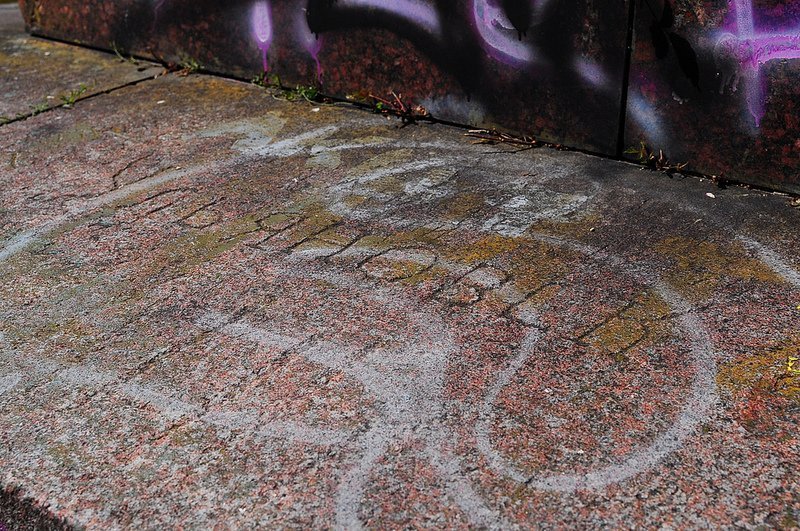 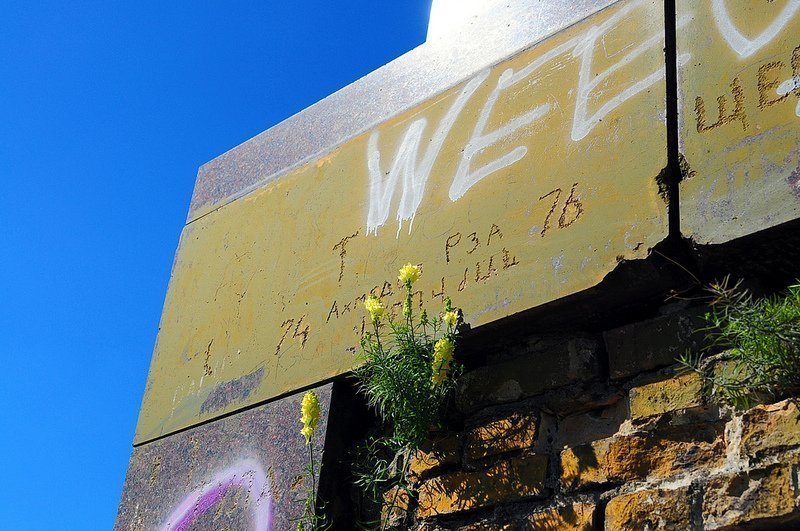 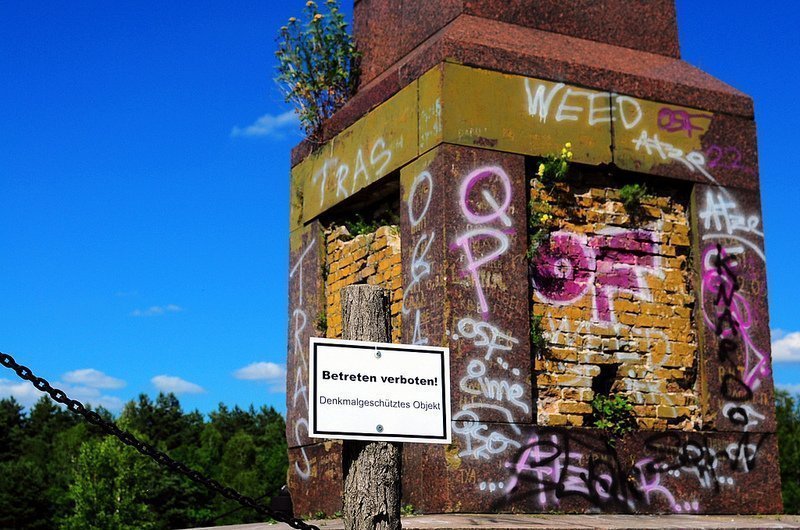 The Döberitz Aviation School was set up in 1910 – and since the Luftwaffe wasnt a separate military branch yet, it fell under the command of the army. Döberitz is the origin of all (German) Army aviation, as well as the air force of the Empire.

From 1910 onwards, flight tests were also undertaken in Döberitz and the air base was expanded with several aircraft barracks and a larger airfield. It was the central training and test site of the newly established Luftwaffe. In 1914, the Fliegerbataillion Nr. 1 was stationed here – under which the fighter ace Manfred von Richthofen (The Red Baron) was trained.

After the end of WWI – and the subsequent ban of virtually all military activities/establishments – the Allied Control Council moved in in 1918 and dismantled and destroyed various technical facilities – among them the worlds first flight simulator. 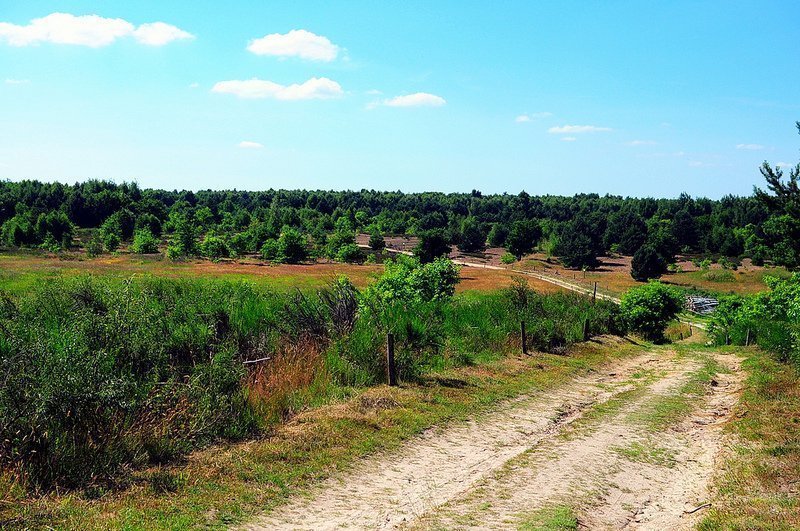 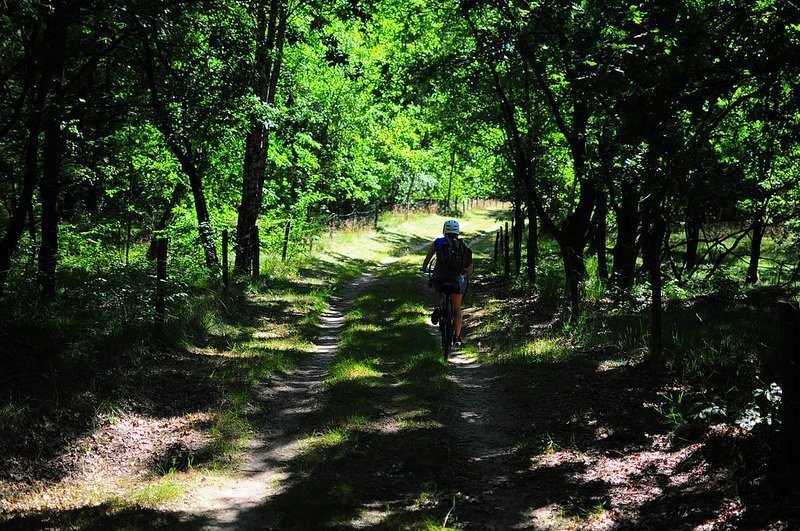 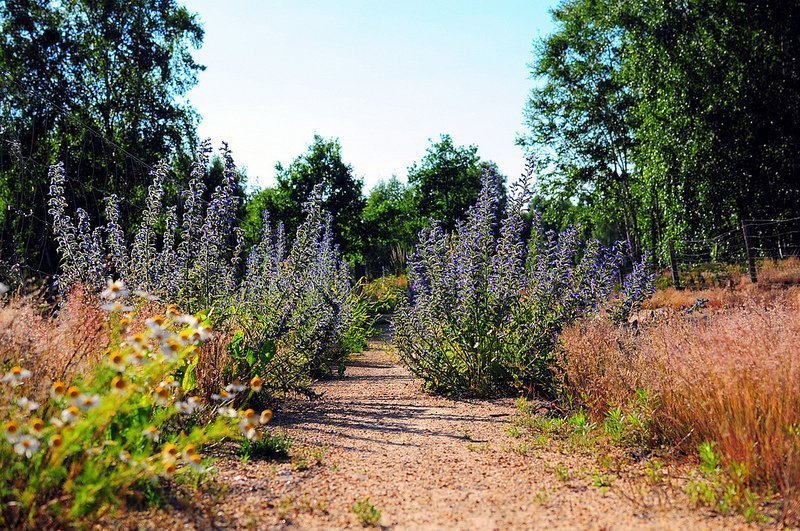 Shortly before the outbreak of the Second World War, “modern” combat units were trained and organized there. The sandy, dry soil of the heath made ​​it an ideal training area for heavy artillery and tanks, while the Döberitz Airbase was used to train pilots and paratroopers. In 1936, the Regiment General Göring was formed and trained here – and the infamous “Legion Condor” set off from here on its way to fight in the Spanish Civil war. From 1942 until 1945 – high speed aircraft and thermobaric weapons were developed and tested here until the base was evacuated.

Despite the fact that the allies knew that the Truppenübungsplatz Döberitz was a valuable military site – it was never the target of massive bombing, thus the bulk of the facilities survived the war unscathed. 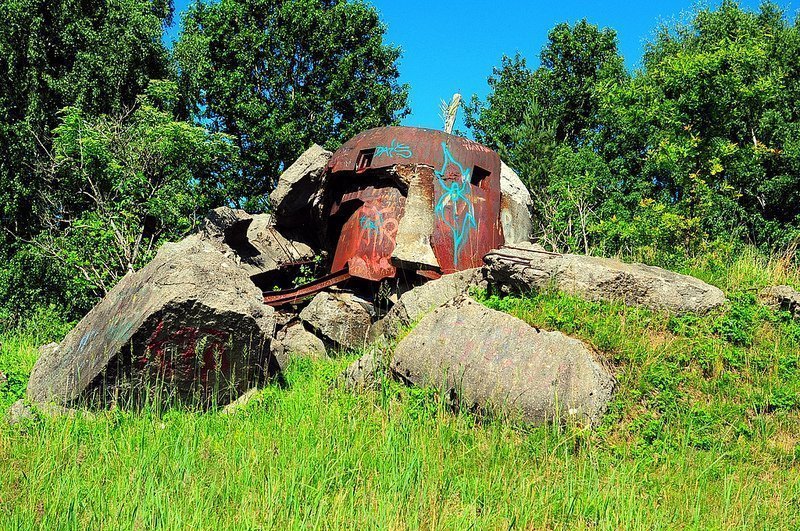 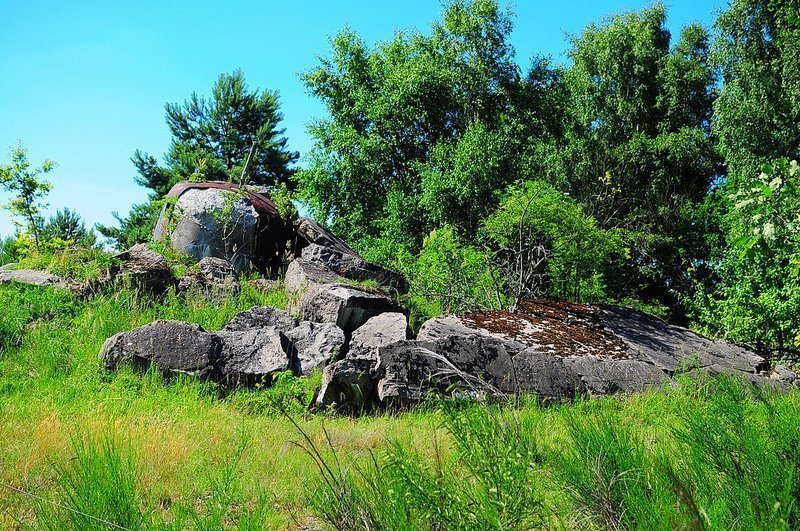 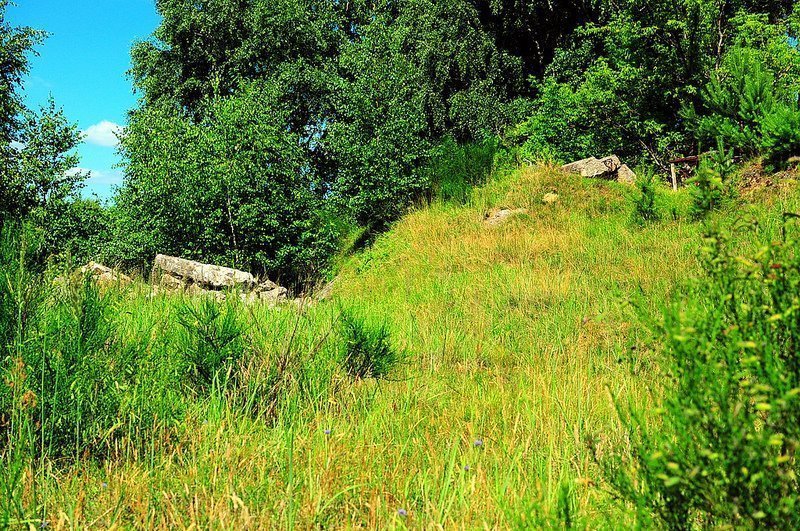 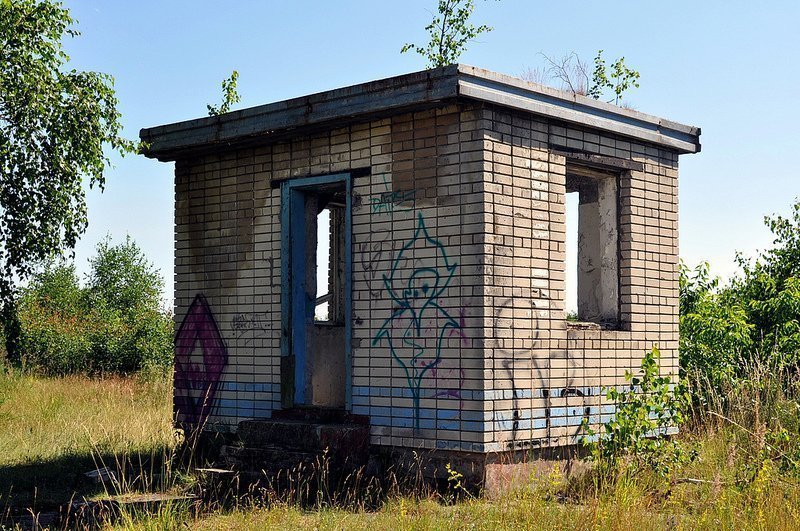 After briefly being used as a refugee camp, the Soviet troops moved in and occupied the area in 1947. The airfield was in use until the mid 1950s – but was then transformed into a training area for infantry troops in 1968. The aircraft hangers were converted into missile storages and a launchpad was maintained until 1972. At one point over 20,000 Soviet troops were stationed at the Truppenübungsplatz Döberitz. With the end of the Soviet occupation and partial withdrawal of its troops in 1991, the base was left abandoned.

If you venture out to the edges of the Park, you might just stumble across an abandoned Tram, dumped in the forest. A left-over from the Soviets who had no more use for it.

The Bundeswehr claimed a 600 acre part of the area in 1996, and uses it to this day as a training area for motor vehicles.

The barracks were gutted in 1994 and have since been torn down and the freed up land was/is to be developed into residential units. The leveled airfield was turned into a wild animal reserve in 2004 by the Heinz Sielmann Foundation, while the training area was turned into a nature park in 1997.

Getting to the Döberitzer Heide is relatively easy. A simple ABC Ticket and a 20 minute Train (not Ubahn or Sbahn) ride will drop you off in Dallgow-Döberitz. From there its a brisk walk through town to get to the entrance of the nature park. It being a beautiful sunny day – we decided to take our bikes for a scenic ride. While we anticipated that the route might be a bit rough (we do have massive mountain bikes) – what we werent prepared for were the massive amounts of sand. Have you ever tried to ride a bike through a sand dune? Yeah I dont recommend it. Unless you have a sturdy mountain bike – large parts of the route around the park will be nearly impassable (if you are by bike that is). 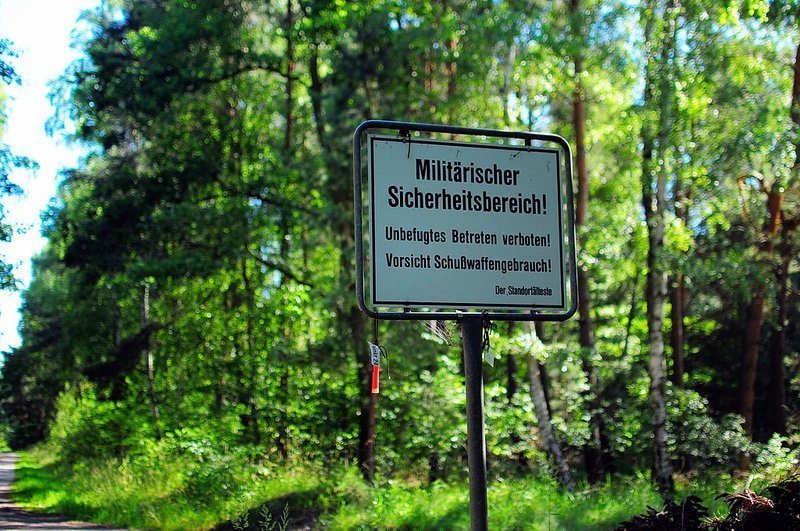 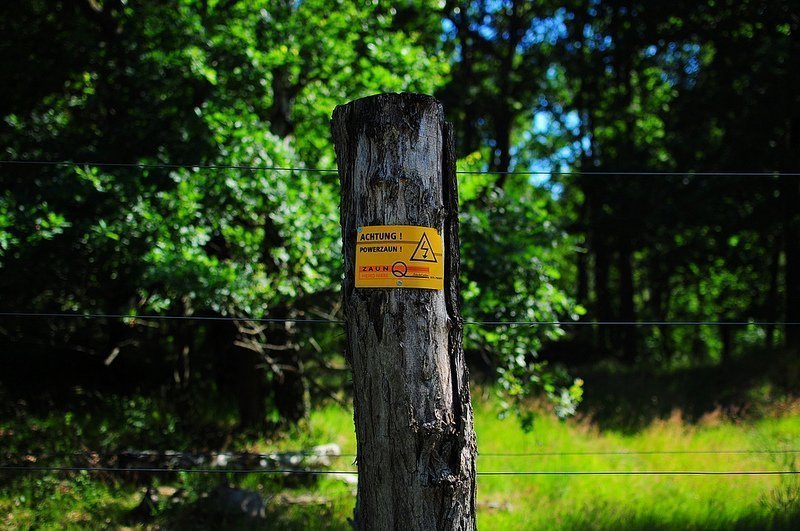 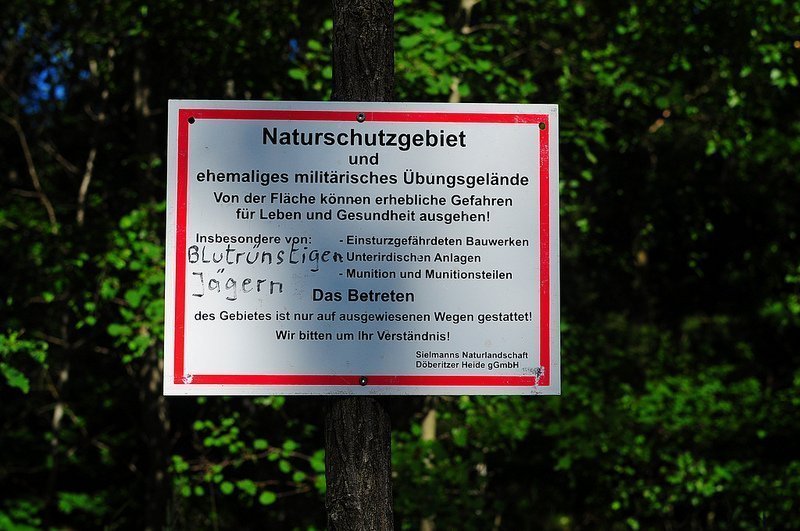 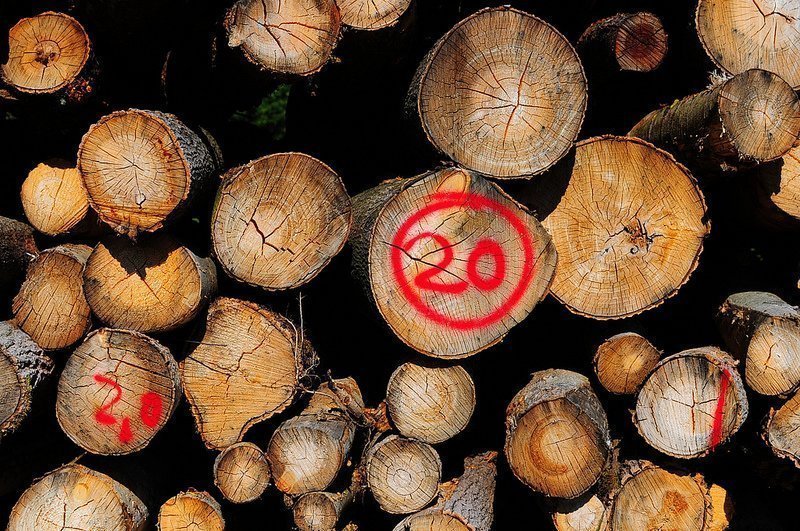 The Döberitzer Heide is divided up into several section. The middle of the park is a nature reserve and blocked off by a series of electric fences reminiscent of Jurassic Park. While the signs say that there are wild animals (such as bisons) living in there – we saw none while on our 6 hour trip (might also be because we weren’t looking at the right place). We did see some sheep and goats. lots of sheep and goats. 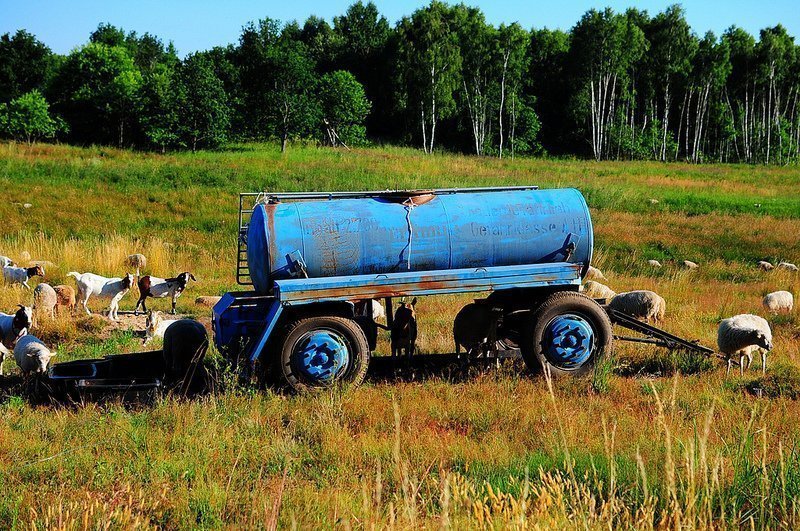 If you stray too far off the at times oddly labeled path youll end up in the military zone. A sign warning visitors that firearms are in use  is enough to deter any lost visitor from venturing any further. 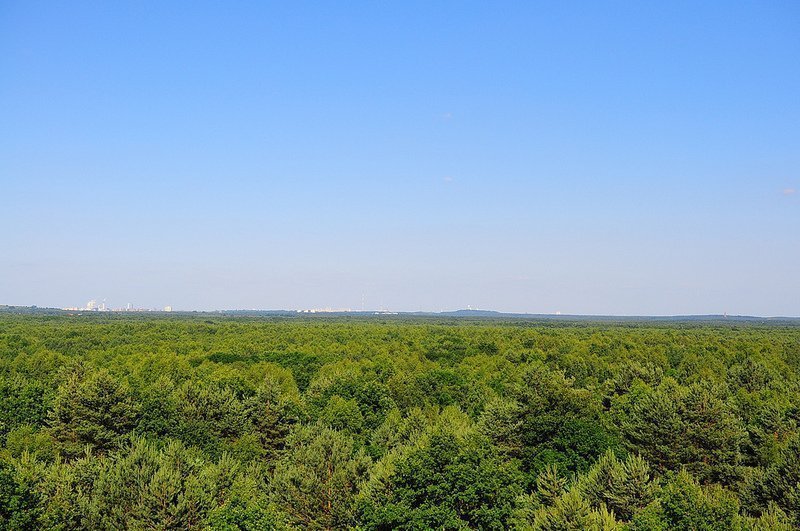 While all the military barracks and bunkers have been demolished – the area is littered with their remnants. Here and there youll see brick walls peeking through the dense forest, and the rubble from demolished bunkers still litter the countryside. After a 9km bike ride we reached the observation tower in Finkenberg. Tower might be a bit of an exaggeration. While this thing was high – it was more like a giant metal spiral staircase. If you suffer from vertigo, dont climb this thing. It sways with the wind, creating a rather unpleasant feeling. You do have a fantastic view from up there though – and on a clear day you can even see as far as the Alexanderplatz and Teufelsberg. 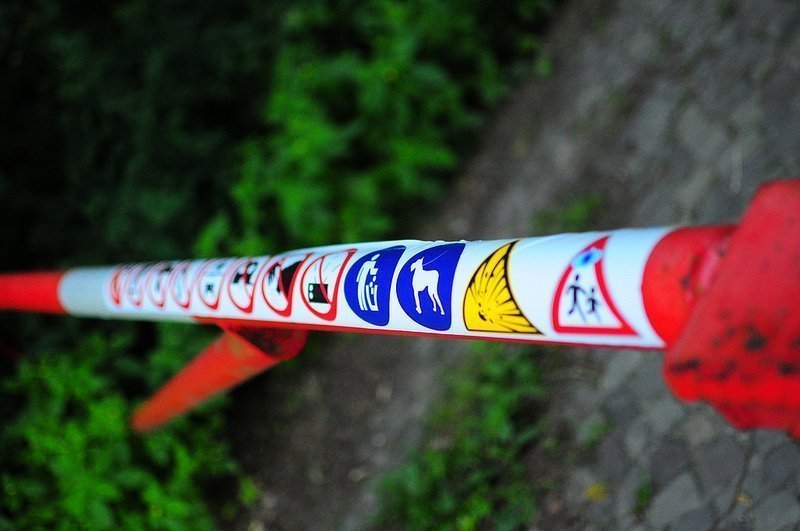 In my opinion its probably best to venture out here with a very sturdy bike and take the route from the Sperlingshof to Plettenberg/Kienfenn. Its got a nice mixture of gravel and grassy roads, some beautiful scenery, “wild animals” and youll see the Obelisk and the bunker rubble on the way.

For more pictures of the  Truppenübungsplatz Döberitz check out the Flickr Album: Döberitzer Heide