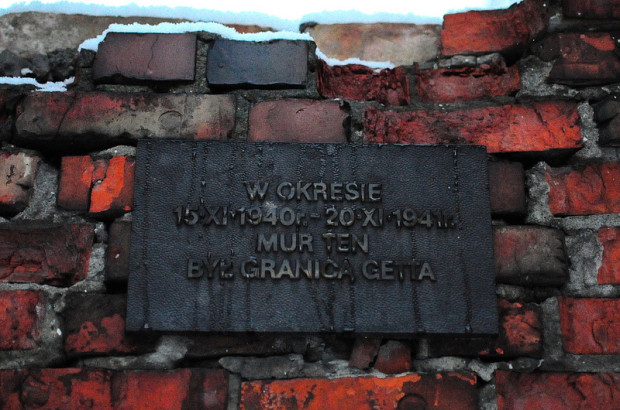 In a side alley, hidden in a lonely courtyard seemingly forgotten by the main stream tourist guides, lies one of the last remnants of the Warsaw Ghetto. Due to the raging snow storms, and everything being closed for easter, we decided to venture through the city in search of one of the last Warsaw Ghetto Wall pieces.

After the partition of Poland by the Nazis and Soviets in 1939 – Warsaw and the rest of western Poland fell under the control the Nazis. On October the 16th 1940, the German Governor-General Hans Frank ordered the creation of the Warsaw Ghetto. All the Jewish citizens of Warsaw, including the Roma Population, were rounded up and moved into the ghetto. An estimated 400000 people – roughly 30% of the total population of Warsaw were forced into an area which was only 2.4% the size of Warsaw. Trapped by a 3 meter high barbed wire wall and watched over by armed guards, Malnutrition and Disease spread throughout the Ghetto – but its prisoners managed to maintain a somewhat dignified and cultural life, with secret libraries, hospitals, soup kitchens, orphanages, refugee centers and recreation facilities.

While the plans to murder (rather than to “deport”) the European Jews were already set in motion by July, 1941 – the “Endlösung” was decided upon at the Wannsee Conference on January 20, 1942.

This meant the end for the Prisoners of the Warsaw Ghetto. Between the 23 of July and the 21st of September 1942, an estimated 254000 people were deported to the nearby Treblinka Concentration Camp and murdered.

On January 18, 1943, the Germans suddenly entered the Warsaw ghetto intent upon a further deportation. Within hours, some 600 Jews were shot and 5,000 others rounded up. 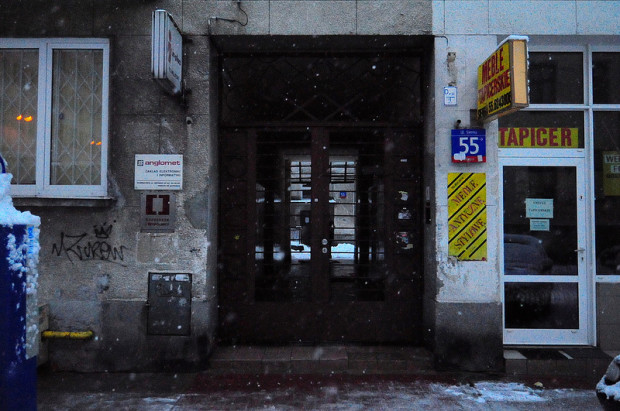 The Germans expected no resistance, but preparations to resist had been going on since the previous autumn.The first instances of Jewish armed resistance began that day. The Jewish fighters had some success: the expulsion stopped after four days and the ŻOB and ŻZW resistance organizations took control of the Ghetto, building shelters and fighting posts and operating against Jewish collaborators.

The final battle started on the eve of April 19, 1943, when a Nazi force consisting of several thousand troops entered the ghetto. After initial setbacks, the Germans under the field command of Jürgen Stroop systematically burned and blew up the ghetto buildings, block by block with the help of heavy artillery and Stuka dive bombers, rounding up or murdering anybody they could capture. Significant resistance ended on April 28, and the Nazi operation officially ended in mid-May, symbolically culminating with the demolition of the Great Synagogue of Warsaw on May 16. According to the official report, at least 56,065 people were killed on the spot or deported to German Nazi concentration and death camps, most of them to Treblinka. 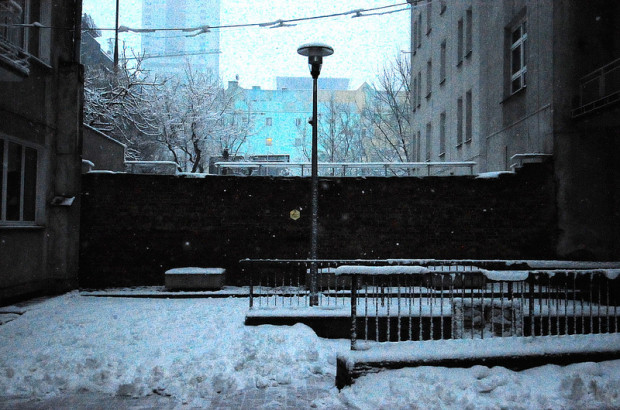 For reasons unknown to me, none of the City Guides I looked at mentioned any of the surviving Warsaw Ghetto Walls. While some buildings of the Jewish Ghetto survived (they were located in the smaller ghetto, which wasnt involved in the fighting) only 3 pieces of the Ghetto Wall survived. I would have thought that would be worth at least a short mention. 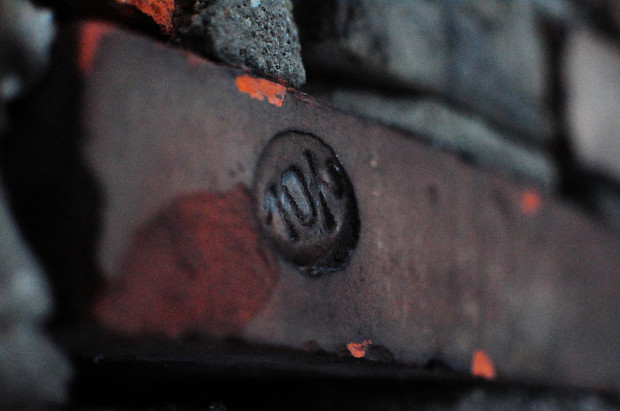 I had read about the Ghetto Wall not too long ago in a magazine, and our Hotel wasnt too far away, so we decided to go for a late afternoon stroll through the city and have a look. It must be said that visiting Poland during easter might not be the best idea, especially since all museums and public institutions are closed. It didn’t really help either that there was a foot of snow on the ground, nevertheless we wandered off in good spirits. 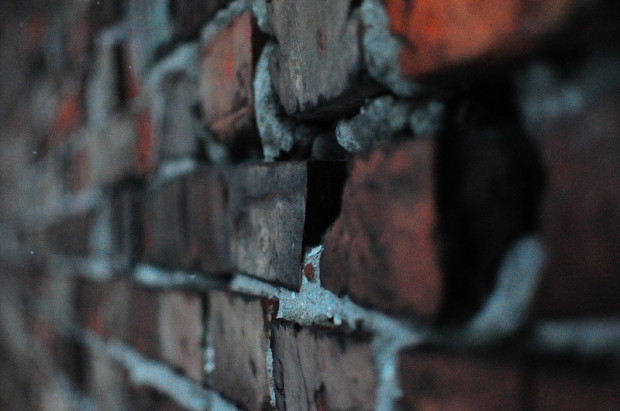 After a long walk through some back alleys we found the address – Ulica Sienna 55- and were greeted by a locked gate. For a moment we thought we ended up at the wrong place, but a small grey plaque – which perfectly matched the color of the building, thus making it nearly invisible – informed us that we were at the right spot. 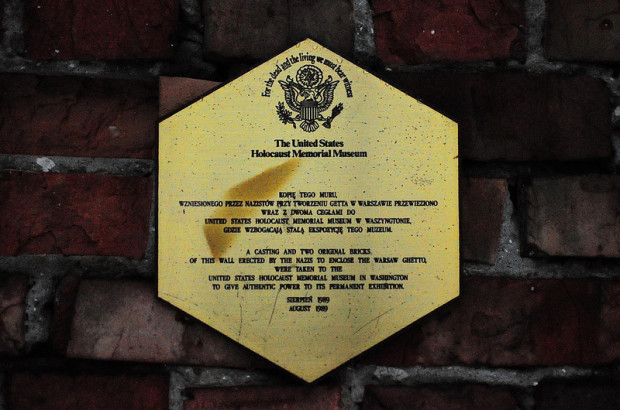 After peering through the locked gate and realizing that there was no other way in, an older lady who was shoveling snow from the sidewalk said something in polish to us and opened it up for. We walked into the courtyard, and there it stood.  If it weren’t for the United States Holocaust Memorial Sign, you wouldn’t think twice about this simple brick wall when you walk past it. 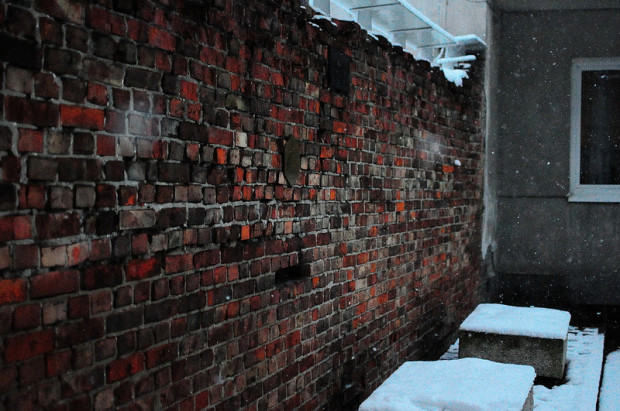 But there it stands, a tragic reminder of the horrors past – for anyone that wants to find it.

How to get there: