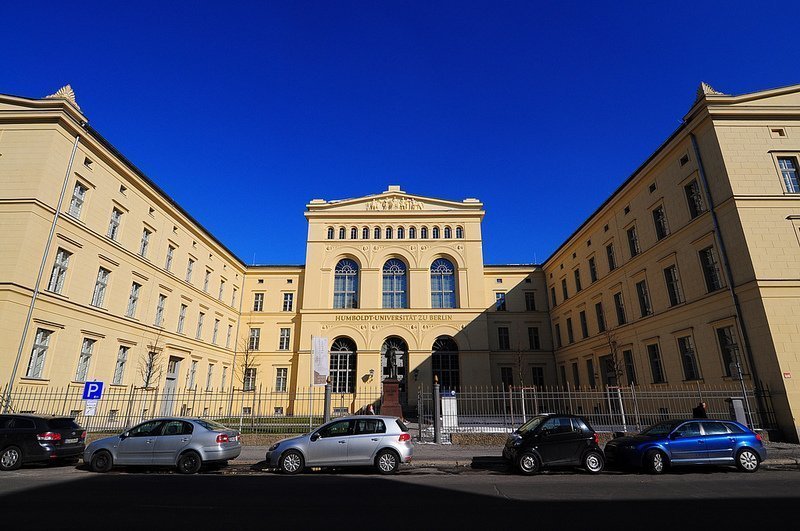 Brazingly walking through doors like you know where you are going and belong there is a very good characteristic to have – especially in Berlin. You can find the most interesting  places hidden behind doors and through hinterhöfe, all you need is a bit of chutzpah. Strolling past the Humboldt University the other day, I took the chance and waltzed through their illustrious doors, only to find the oldest academic building in Berlin, the Anatomische Theater der Tierarzneischule (Tieranatomisches Theater).

In 1787, King Friedrich Wilhelm II ordered by decree that  a veterinary school be established in Berlin, because “the damage, that resulted from the lack of good horse and cattle doctors, was of the saddest consequences for the country and the cavalry”.

The early classical building for the newly established institution was built by Carl Gotthard Langhans (who amongst many other great works built the Brandenburg Gate) in 1789 and was based on Palladio’s Rotonda in Vicenza, Italy. The glass covered opening at the top of the dome provided sunlight for the interior. The painter Christian Bernhard Rode adorned the walls between the windows of the dome base with images of country people and animals in grisaille style (painting executed entirely in monochrome or near-monochrome, usually in shades of grey). The dissection table, along with the carcasses could be transported to the top through a hole in the floor. The lectures in the  Tieranatomisches Theater officially began on the 1st of July, 1790. 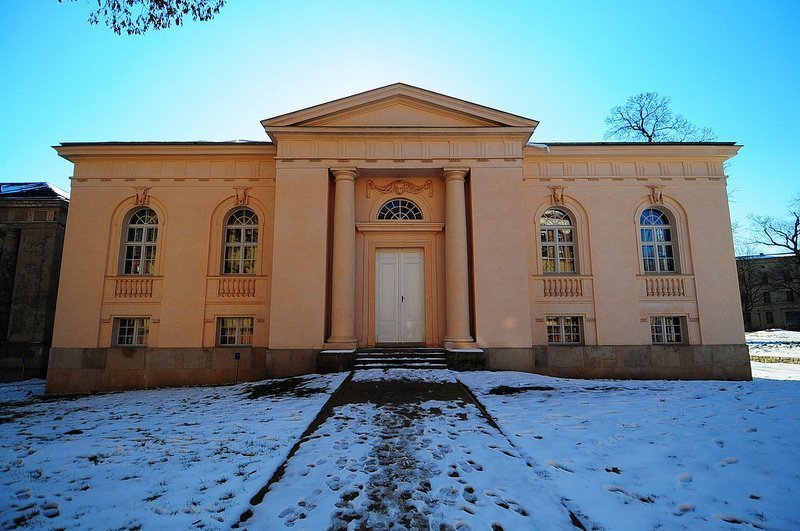 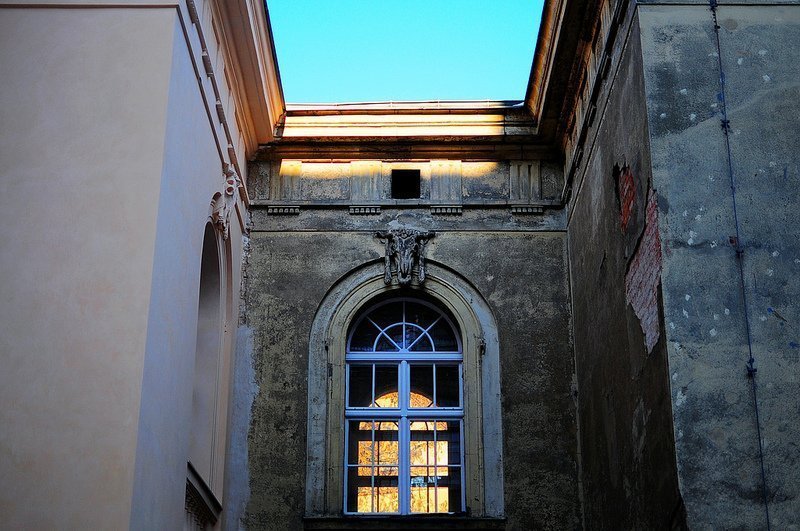 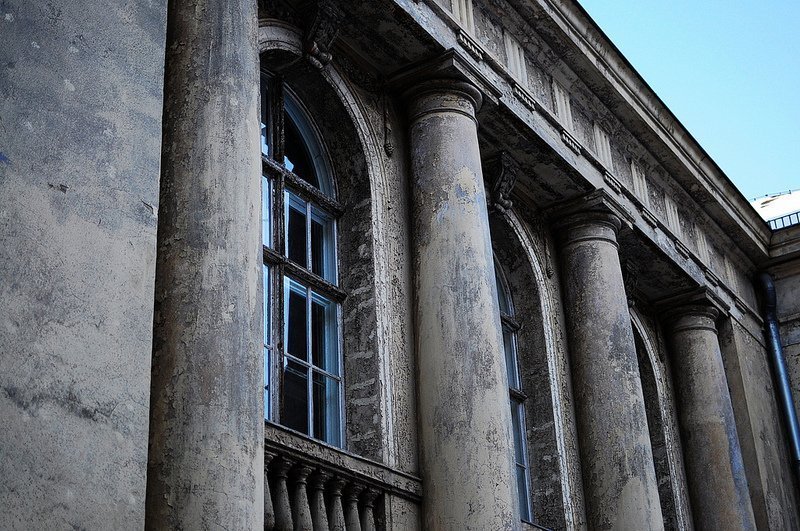 The Veterinary School  was extended in 1839-1840 by its Director Johann Christoph Albers with a late-classical three-story building (which still stands today). In 1934, the Tierärztliche Hochschule (as it was later known as) was incorporated into the University of Berlin as the Veterinärmedizinische Fakultät and the building was used up until the late 1990s for lectures and other events. Over the years, necessary renovations had been postponed and put off – which resulted in the building falling into serious decay. 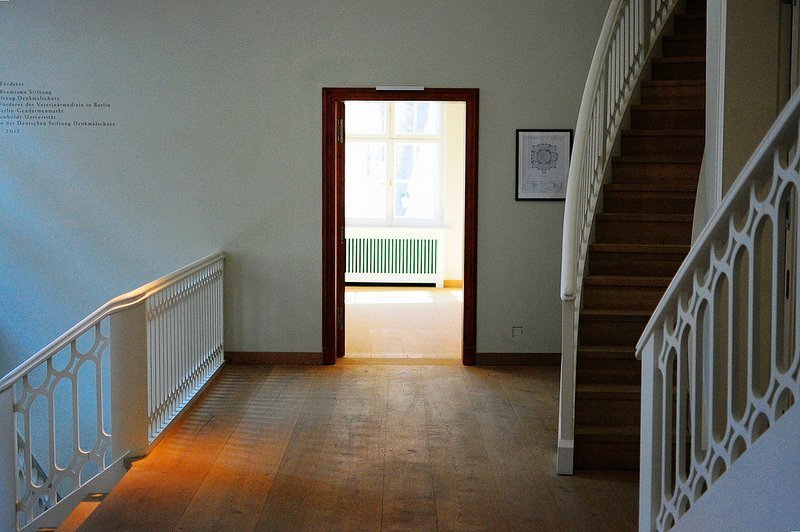 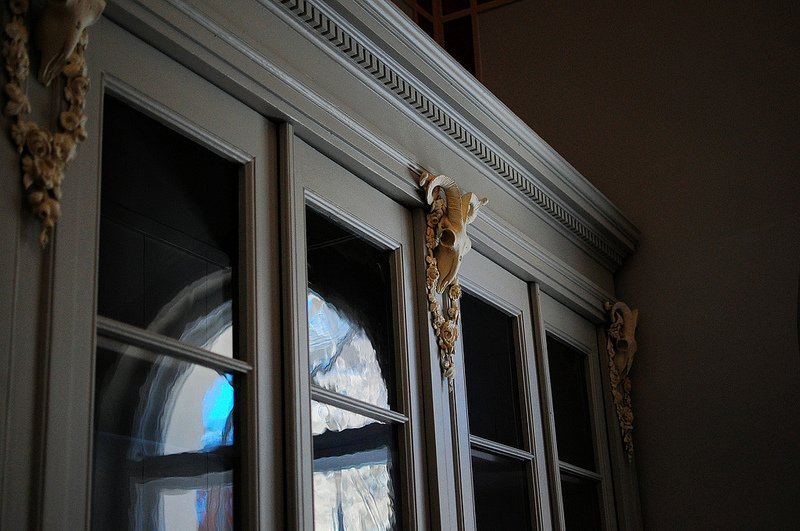 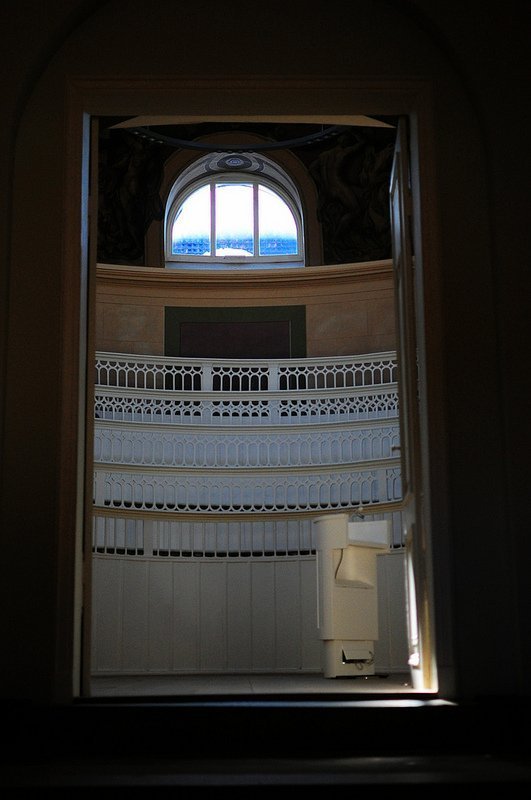 Restorations of the historic facades with assistance of the Deutschen Stiftung Denkmalschutz – began in 2005, and after 7 years of work, the Tieranatomisches Theater reopened its doors on the 15th October, 2012. The building is to be used in the future as a lecture hall and venue (as a “theater of knowledge”).

It’s a slightly odd feeling strolling through the HU Campus – especially since the Security Guard gave me a few weird looks when I walked through the entry hall.  The Tieranatomisches Theater is hard to miss. When you reach the courtyard you’ll spot the small building with the small dome instantly. The entrance isnt clearly marked, and only when you arrive at the wrong door do you realize that you need to walk around the building again. 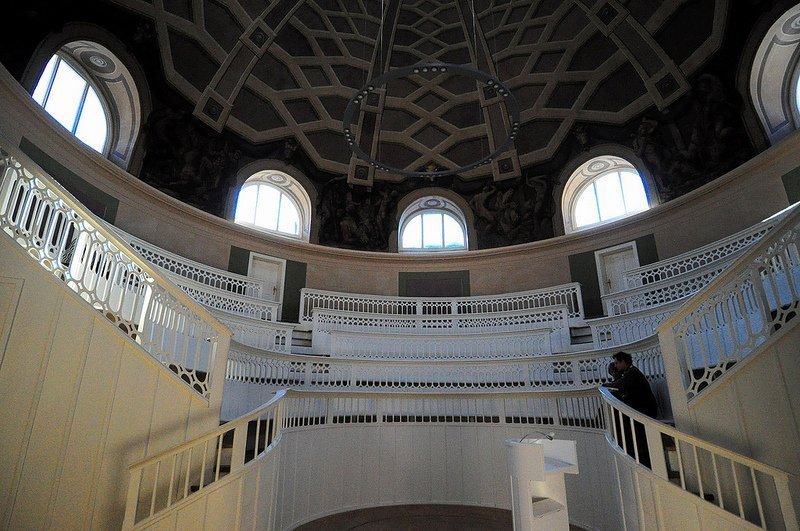 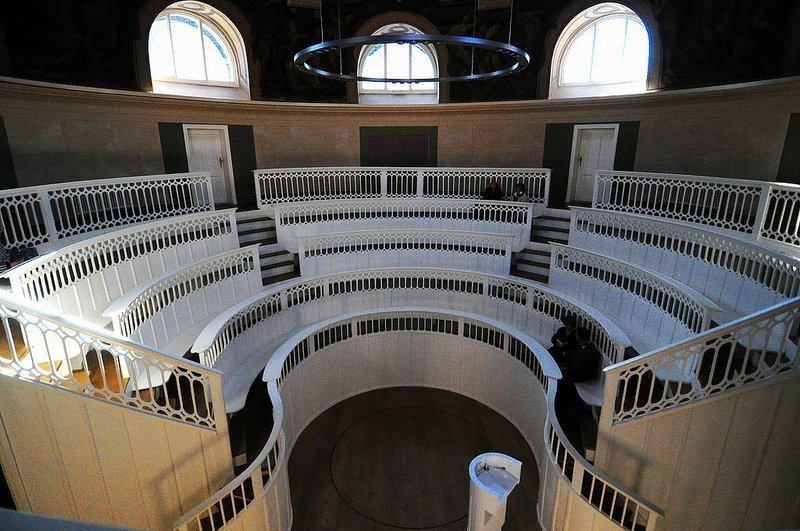 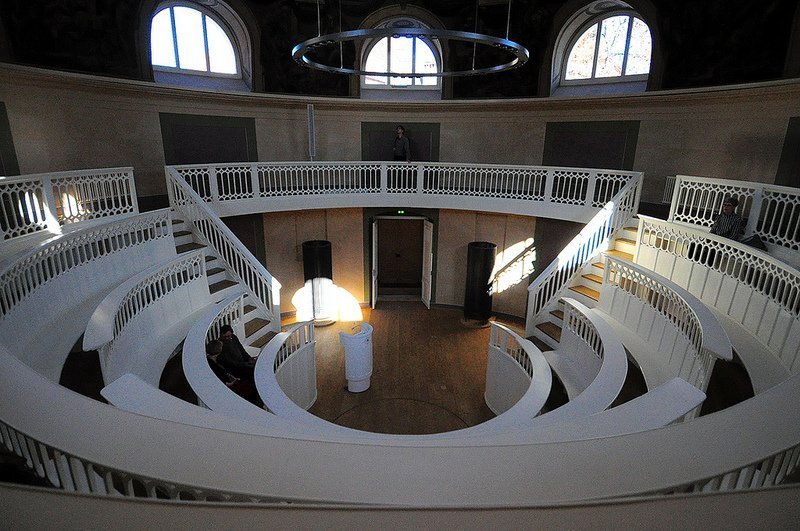 The Tieranatomisches Theater is open to the public thanks to an exhibition on the ground floor about its renovation. There are a few interesting photos and historic pieces on display – along with some pickled animals and skulls.

As you walk in a circle through the exhibition (it is quite short) you end up at the bottom of a staircase which leads you to the entrance of the lecture hall. Despite having reopened in October, the place still smells strongly of paint, it’s not potent enough to be unpleasant, but it feels like they could air out the building a bit more. 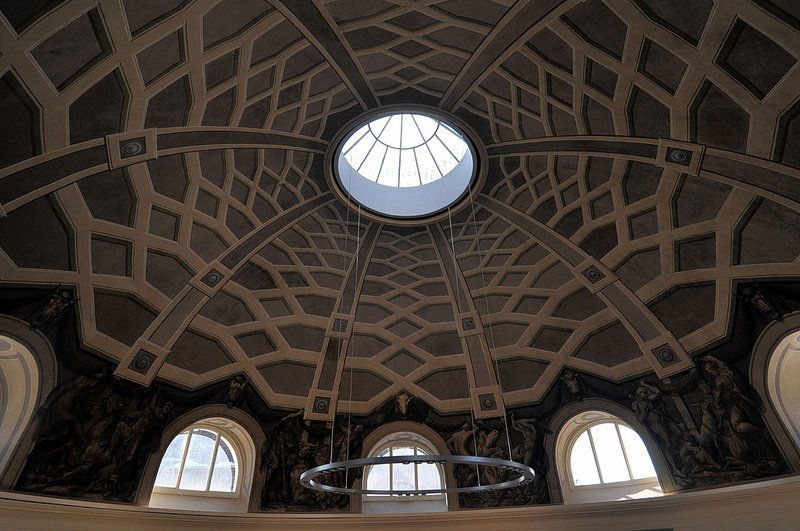 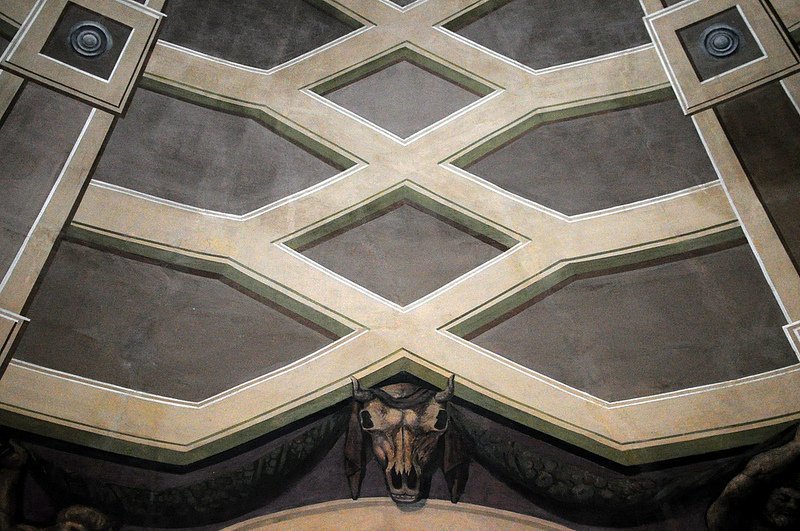 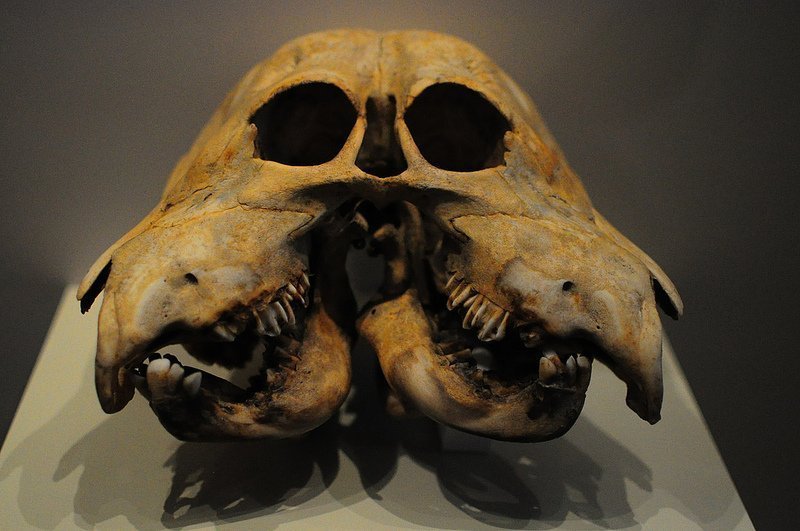 It’s a curious thought, walking around the upper seats with the image in your head that a few rows down below they used to dissect horses and other animals – thankfully its just the smell of fresh paint going through your nose and not that of animal corpses. 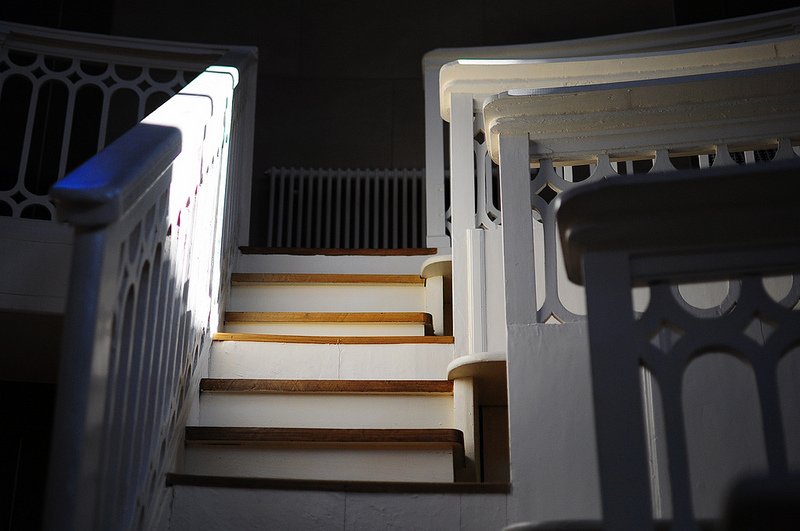 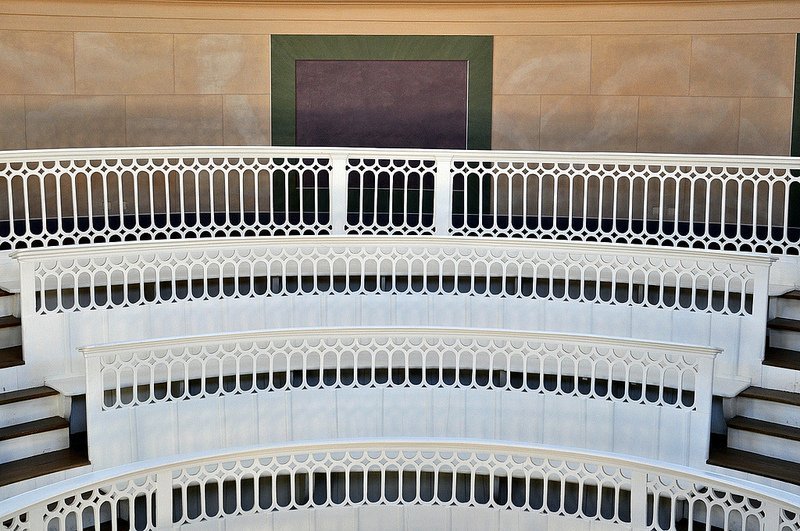 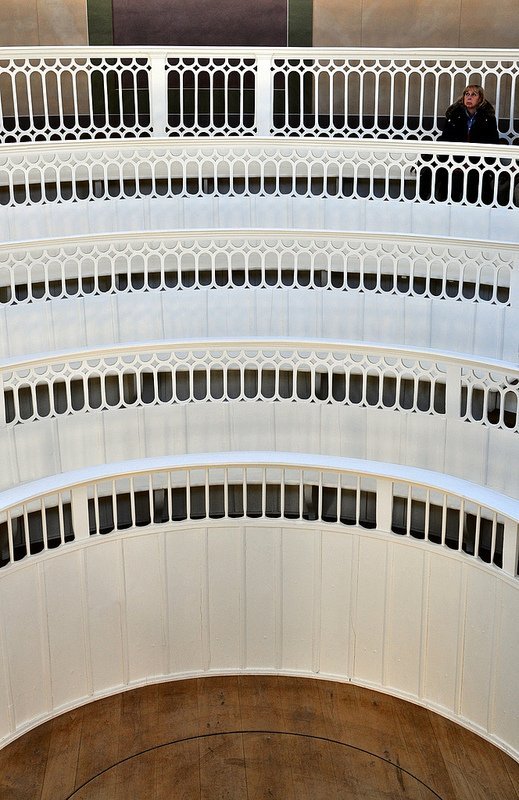 The exhibition in the Tieranatomisches Theater is on until the 14th of April 2013 – and then the doors will close again for the public.

The Campus of the Humboldt University and the Tieranatomisches Theater are just a short walk away from the U-Bahn station Oranienburger Tor, and I can only recommend paying them both a visit. It’s not often that you get the chance to snoop around such a historic and beautifully restored building. The Humboldt University even has guided tours for €5 through the campus, which might be interesting for all those who want to see more of the historic University.