While the horrors of the KZ Sachsenhausen in Oranienburg have been documented for posterity, and the KZ itself has been preserved as a memorial for future generations – many of the structures used by the SS connected to the Camp lie hidden in a forest, crumbling to pieces. One of them is the SS-Hundeschule Sachsenhausen. 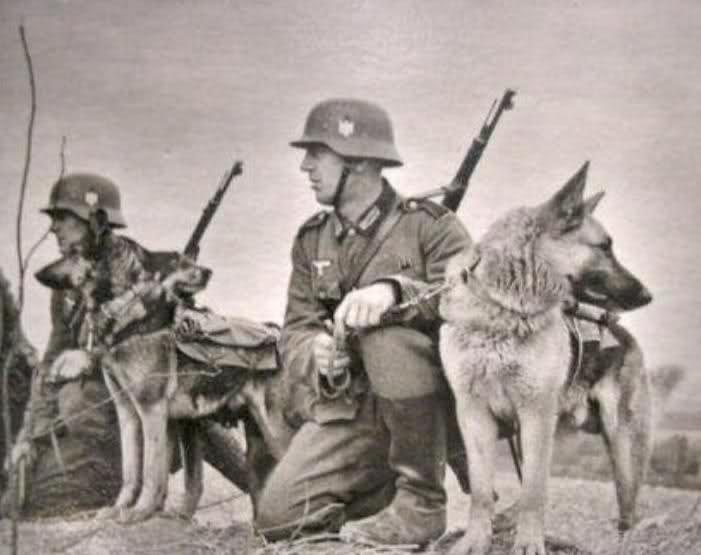 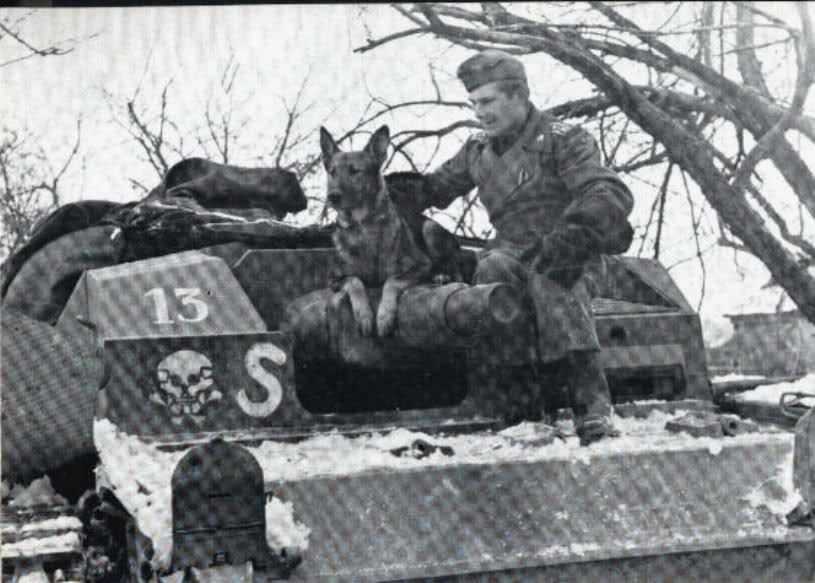 The department of the „Beauftragter für das Diensthundewesen“ (Commissioner for Service Dogs) was created on the 15th of May, 1942 by direct order of the Führer. The head of this new department was the SS-Standartenführer Franz Mueller, a forester, hunting dog trainer and career Nazi (Mueller survived the war and briefly spent some time as a British POW – but he was never tried for any of his acts. He later worked for the West German intelligence agency).

According to the decree, the main responsibility of the „Beauftragter für das Diensthundewesen“ was the management and organization of the entire service dog system of the SS and Police. This included the technical supervision of the dogs in the Economic and Administrative Office, the SS Main Office, the Reichssicherheitshauptamt and the Ordnungspolizei. Mueller was responsible for training, tests, for the development of equipment for breeding and feeding, veterinary care, and for staffing. 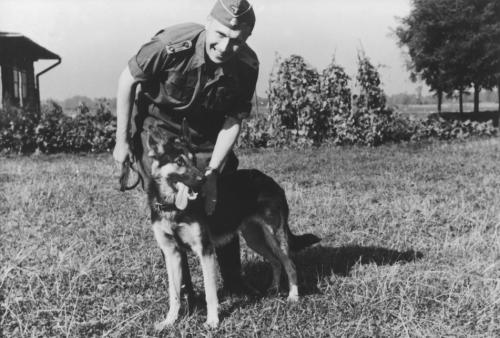 The K-9 units for the Concentration Camps were drastically increased from May 1942 onwards. The head of the SS Economic and Administrative Office – Oswald Pohl – informed the concentration camp commanders that a Dog School was to be set up in Oranienburg, to increase the quantity of Dog units. Initially he had cited a united strength of 75 SS men and 60 dogs. 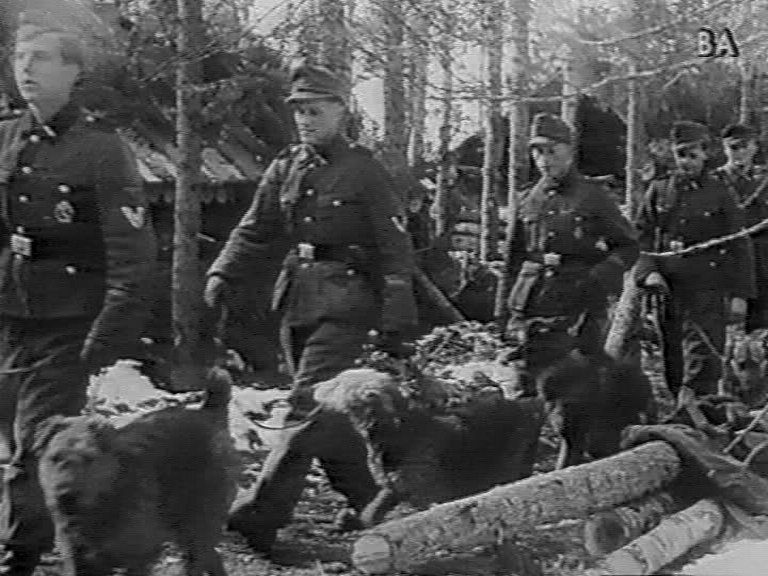 In July, 1942, Oswald Pohl reversed his orders. Instead he ordered for the creation of the department „Schutz- und Suchhunde“ (Search and Protection Dogs) which was to be divided into the following sub departments:

Standartenführer Mueller took over the management for the department – and this was the main reason for Pohls order reversal. With this restructuring, the department was integrated and transformed into a central facility of the Waffen SS. From July 1942 onwards the department ran under the name „Lehr- und Versuchsabteilung für das Diensthundwesen der Waffen-SS“ (Teaching and Research Department of the Waffen SS Service Dogs). 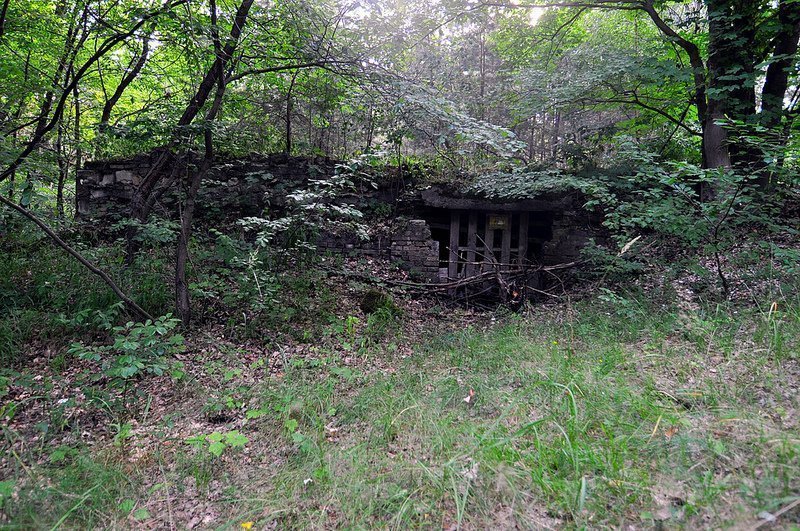 The facility was established on the grounds of the KZ Sachsenhausen-Oranienburg, in the forested area known as the Waldlager. 17 barracks were built in 1942. They were predominantly kennels for a total of about 200 dogs, as well as a veterinary station and a quarantine barrack for dogs. The facility also had 5 barracks for the dog handlers, an office and an education center for the trainee dog handlers.

One of the first dog trainers was Johann Sosnowski, who had previously been in charge of  the kennels of the Sachsenhausen concentration camp. In 1944, Sosnowski was punished by an SS  police court because he had smuggled food, clothing and bicycles to prisoners. He was expelled from the SS and sent to a SS Detention center in Dachau. 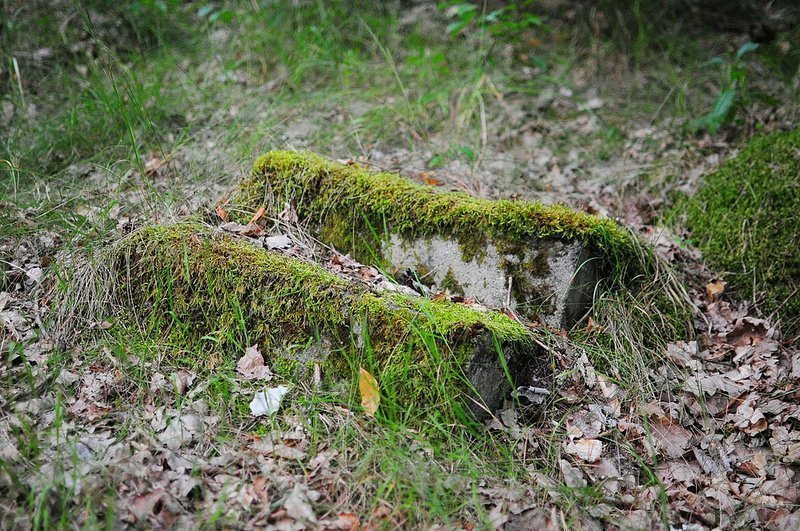 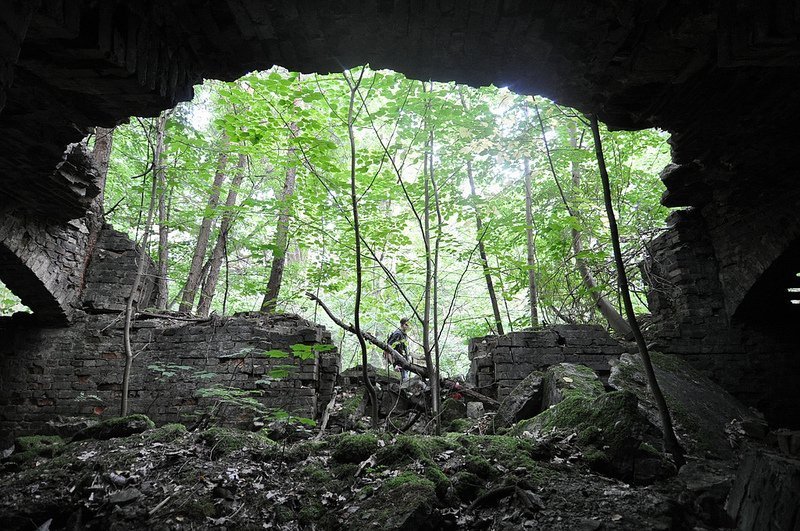 The initial plan was to build up extensive K-9 units in order to reduce the number of guards at the Camps. This plan ultimately failed though as the dogs were easily distracted, and when exposed to targeted provocation they would leave sections of the camp unguarded.

The last orders that reached the Hundeschule came through on the 8th of March, 1945 – which stated an intention to move the troops to east – most likely as a desperation move to try and stop the Soviet advancement in the east.

The Soviet and Polish troops “liberated” the remaining 3000 prisoners of the KZ Sachsenhausen on the 22nd of April 1945, a day after the camp had been evacuated and 33000 of its prisoners had been forced on a death march north-west. 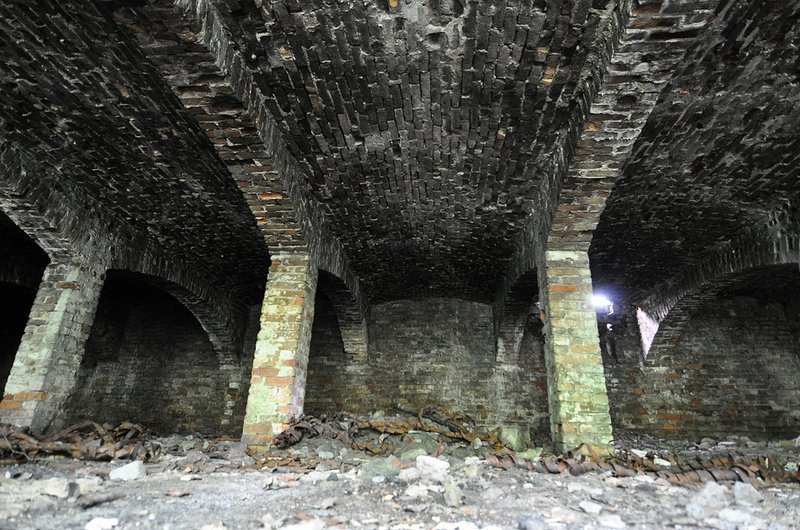 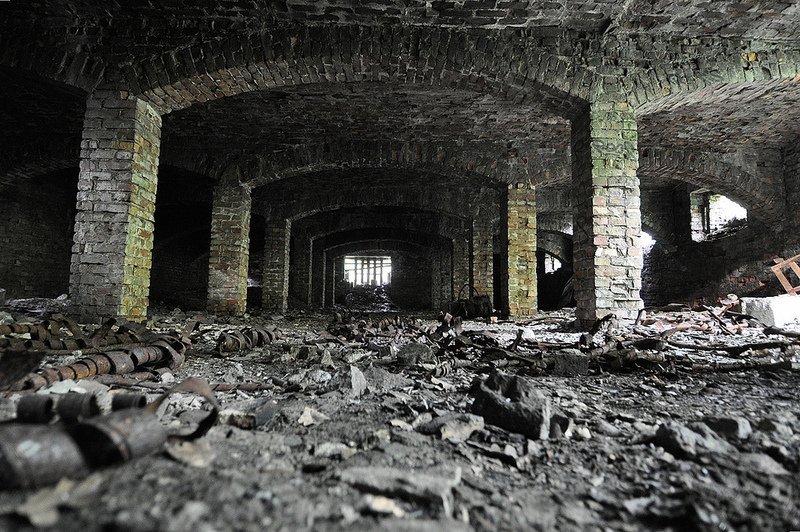 After the soviets took control over the camp – they slowly demolished all the facilities in the Waldlager they had no use for. There is no evidence that the SS Hundeschule was used for any military purpose after 1945 – and almost all of the buildings have been demolished. Solely one building has survived to this day and most of it is buried underneath the earth. 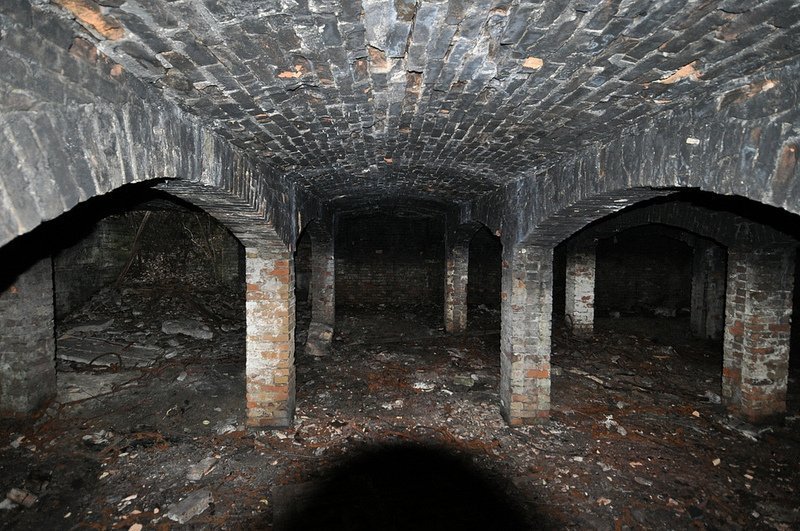 The remains look like they could collapse at any moment, so it’s not advisable to find a way in (its pitch black inside anyway) – but if you have a peek through one of the windows (with the aid of a flashlight) you can still make out the vaulted ceiling. Aside from that, you can still spot a few remnants of the other buildings spread out throughout the forest.

Visiting the SS  Hundeschule is best combined with a trip to the nearby Communications Bunker, Munitions Depot, the SS Bath and Boiler House and the SS Hundertschaftsgebäude. On the other side of Oranienburg you’ll find the Flugplatz Oranienburg – the abandoned Airfield and Aircraft Manufacturing site and the bunker of the Versuchsstelle für Höhenflüge, which are well worth visiting as well.

For the rest of the photos of the Hundeschule check out the short Flickr Album: SS Hundeschule Sachsenhausen