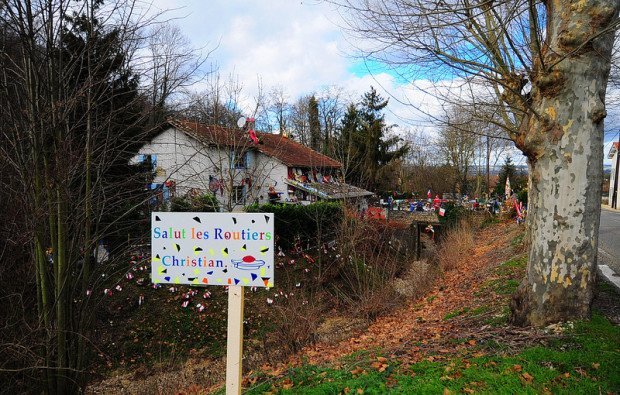 The countryside is a strange place, especially the French countryside. If you have ever driven through the french countryside, you will know that it can be spectacularly beautiful… and empty. It is this emptiness which I find so fascinating. You can drive for hours through the villages and vineyards of the Drôme Region and not see a single soul. If it weren’t for the occasional parked car you could mistake the French Countryside for a ghost town, more akin to Brandenburg on a Sunday afternoon where people “fold up the sidewalks”, and peer through the curtains staring at passing strangers. But then you pass by Christian Guillauds house.

So the story goes that Christian Guillaud who lives in the tiny village of Lens-Lestang, used to be a Sailor, who then became a second-hand dealer (also known as a Brocanteur). 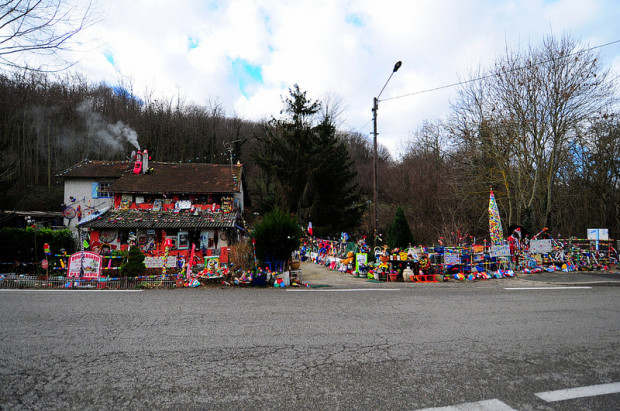 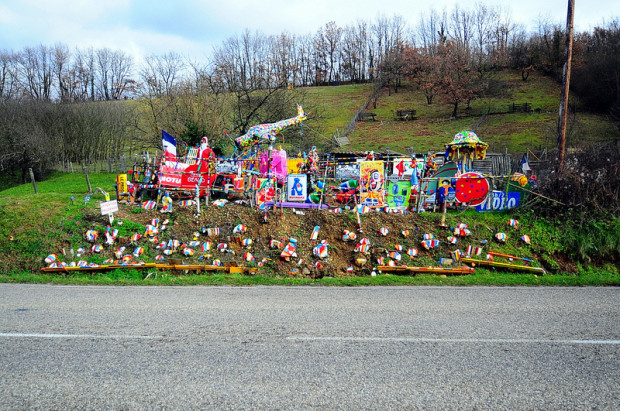 It all started when he retired and decided to paint one of his many “collectibles” in a fresh color. This was the beginning  to what can only be called an obsession. Soon enough, he had painted over almost every object he could find – and they seemingly began to burst out of his house and spread into his front yard, the roof, the little ravine next to his house  – and even onto the little hill across the road. 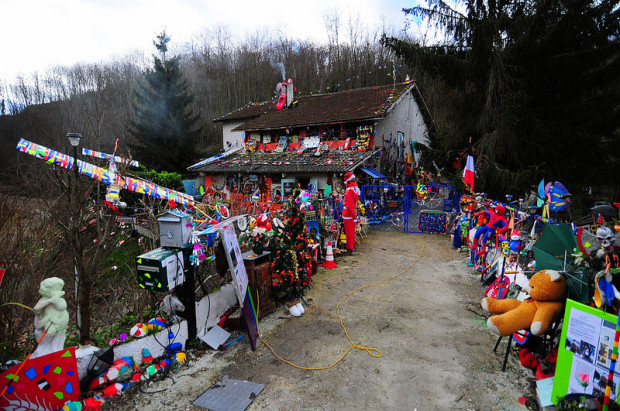 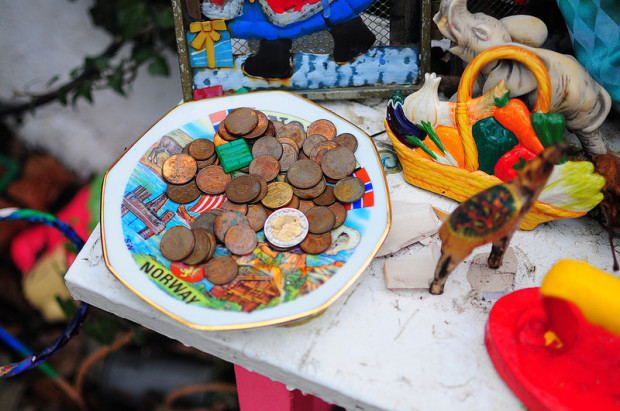 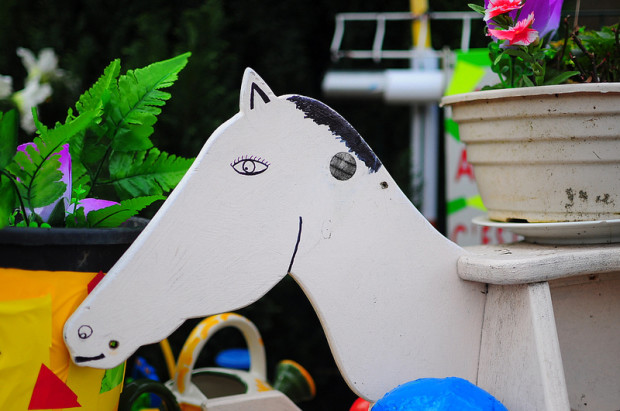 And his collection keeps on growing! He actively encourages people to donate the bric a brac that they don’t need anymore. The sheer volume of painted nick nack is astounding – and thanks to this his house has earned the nickname “The Strange Rainbow House”. It’s not difficult to argue with that description. 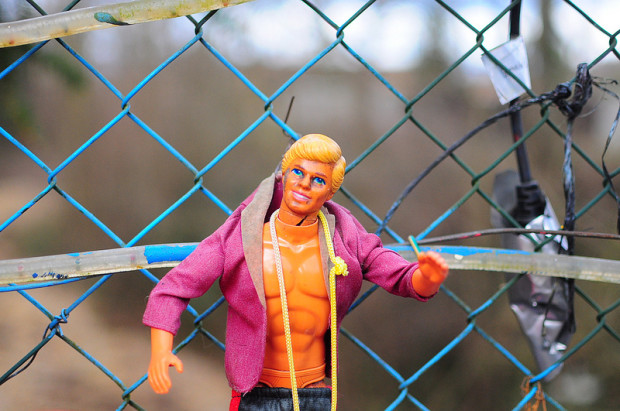 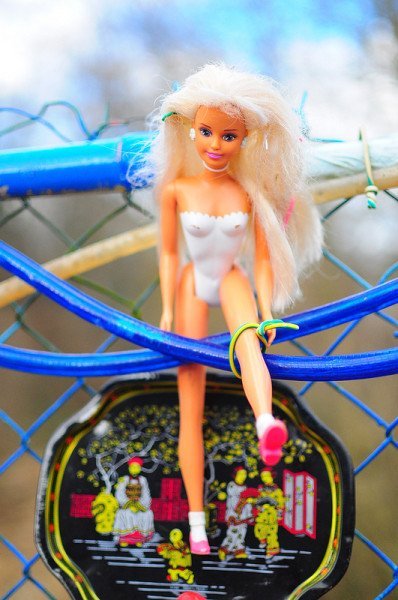 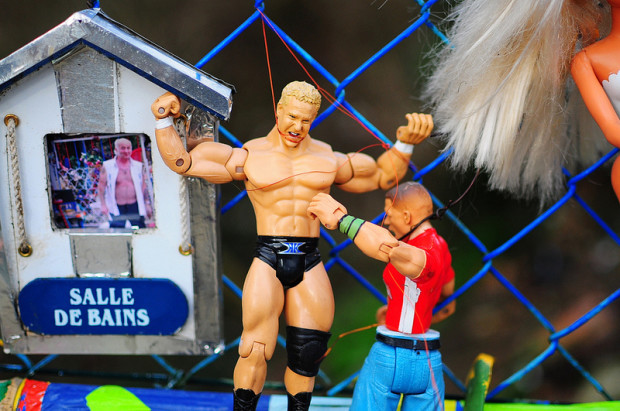 While we were on our way to Hauterives (to look at another eccentrics house –  more on that in another post) we passed through Lens-Lestang – and you would have to be blind not to spot Christian Guillauds house. While the village itself seems rather bland, Christian Guillauds house explodes with colors and random objects. He’s well aware of his status as an “eccentric” and of his presence on the internet – even directing people to look for “rainbow house” and “house of a thousand colors” in google. Very savvy of the guy – but he doesn’t have his own wikipedia page…yet. 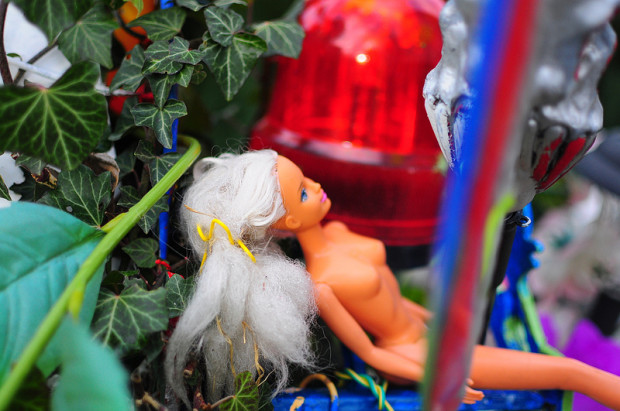 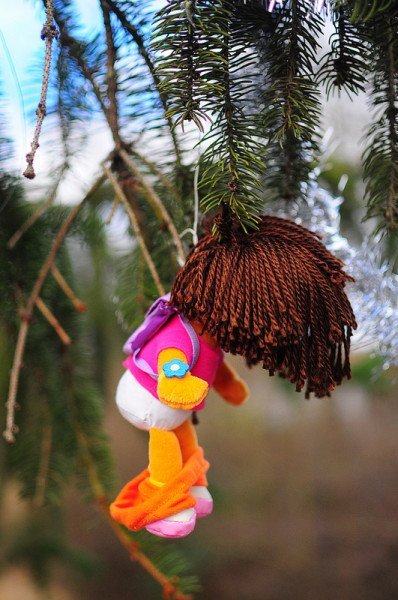 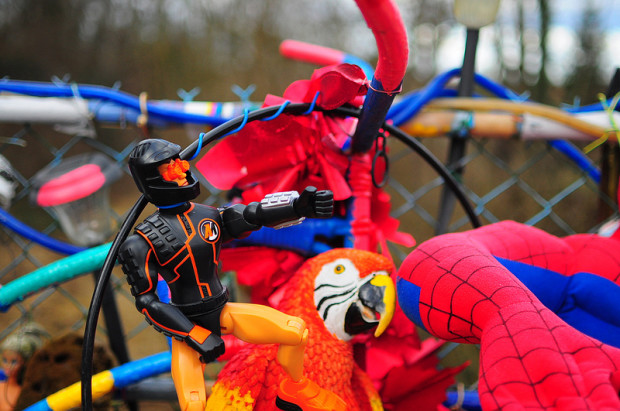 With the banjo tune of deliverance going through our heads we decided stop and have a look. It’s quite fascinating to see amount of objects that Christian has collected, painted over and positioned – but for some reason also quite unsettling. It’s probably due to the fact that his property is decorated with dozens if not hundreds of Barbie, Ken and other action figures – which makes it look like some Toy Story burial ground. 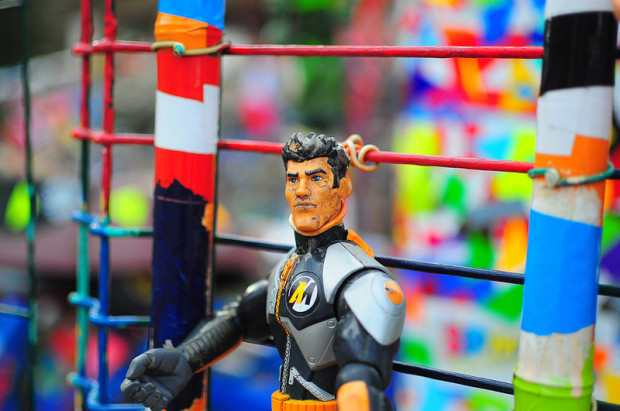 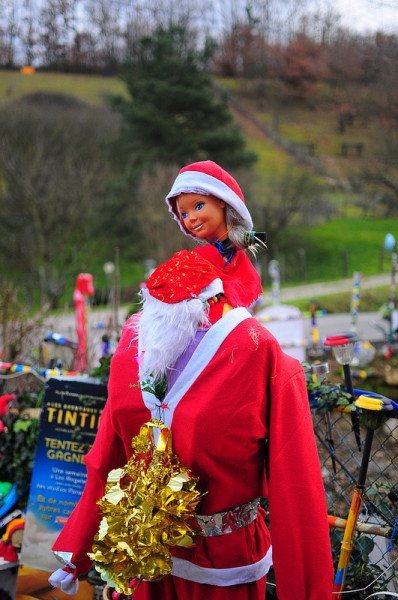 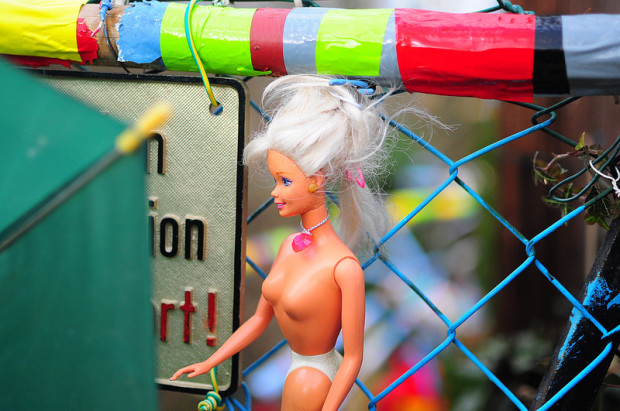 Everywhere where you look, youll spot a brightly colored figurine. Its a bit overwhelming for the senses as you aren’t too sure where to look first. I wonder what the neighbours across the street think – im not 100% sure they enjoy their daily view.

To put it in Christians words as to why he continues:

“…After pots, and pots and even more pots of paint, lacquers and varnishes, preferably in small packaging, I go on with painting and  maintain a project that only exists for the pleasure of the eyes.”

He does it just because its cool to look at. How nice of him. 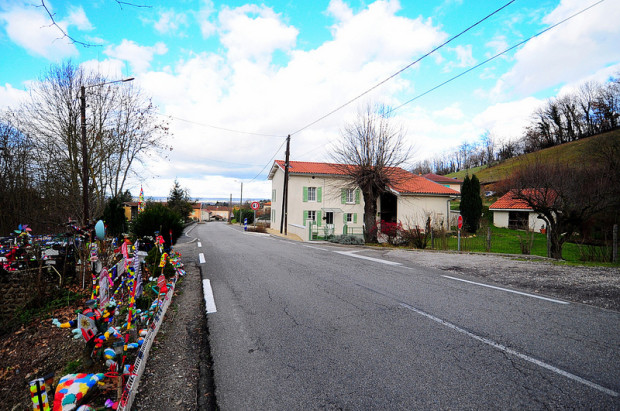 Christian Guillauds “Rainbow House”  is a more than welcome colorful diversion from the empty french villages and foggy countryside. The village of Lens Lestang is about 5 kilometers from Hauterives, and about 80 Kilometers away from Lyon. It goes without saying that its only reachable by car.