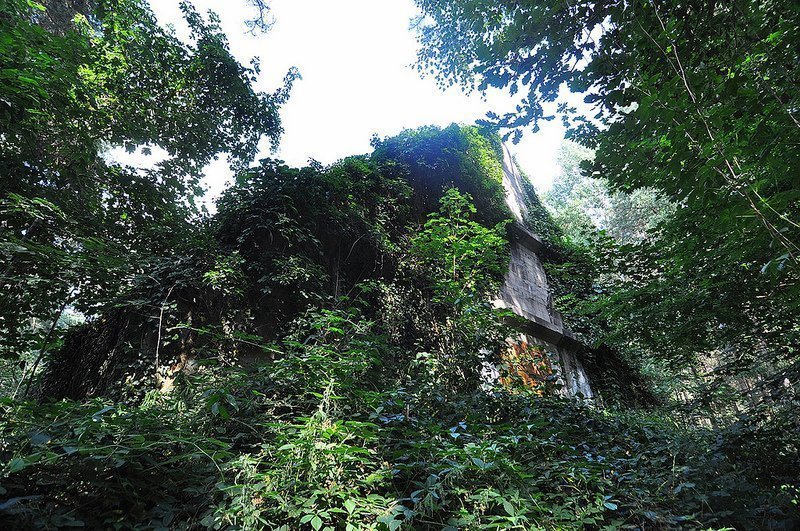 When the Nazis set up the Concentration Camp Sachsenhausen in Oranieburg (35km North of Berlin), the SS swarmed out in search for suitable space to settle their units. A small forest was conveniently located between Oranienburg and Friedrichsthal so the SS decided to set up shop in the cover of the trees hoping to make use of the natural camouflage – and thus the Waldlager was established. The Nazis cleared a small patch of trees and built a Kraftfahrzeugdepot (a Vehicle depot). They had initially planned to build a total of 115 Buildings, but 1942 only 41 had been completed. Alongside the Depot, they built a Hauptzeugamt (a department which controls armament), a dog training school, a Bath and Boiler House, the SS hundertschaftsgebäude, a weapons workshop, storage units, Intelligence Units and an above ground communications bunker, known as the Funkbunker Karo Ass (Ace of Diamonds). 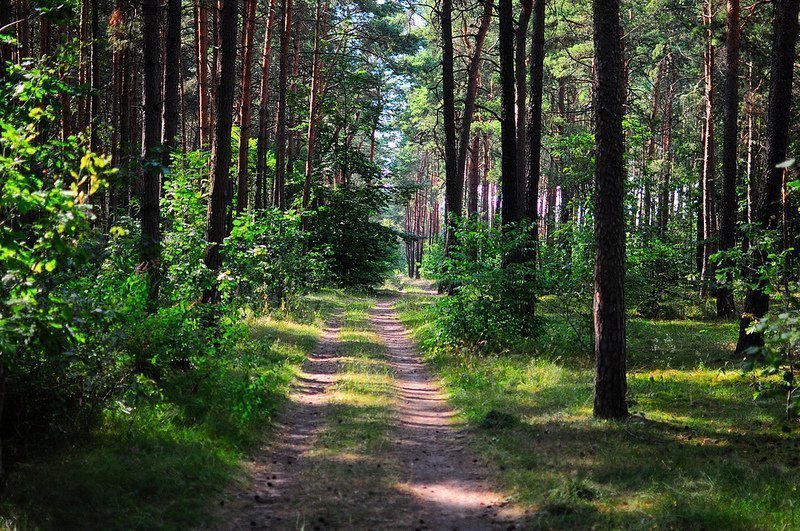 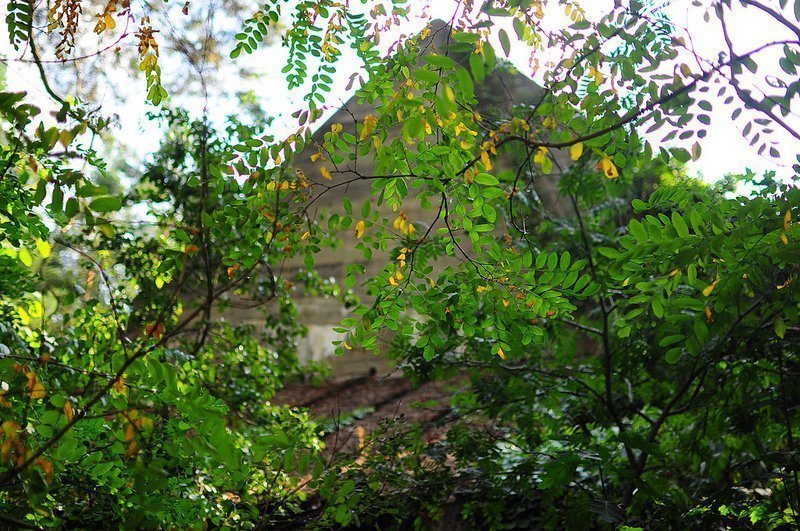 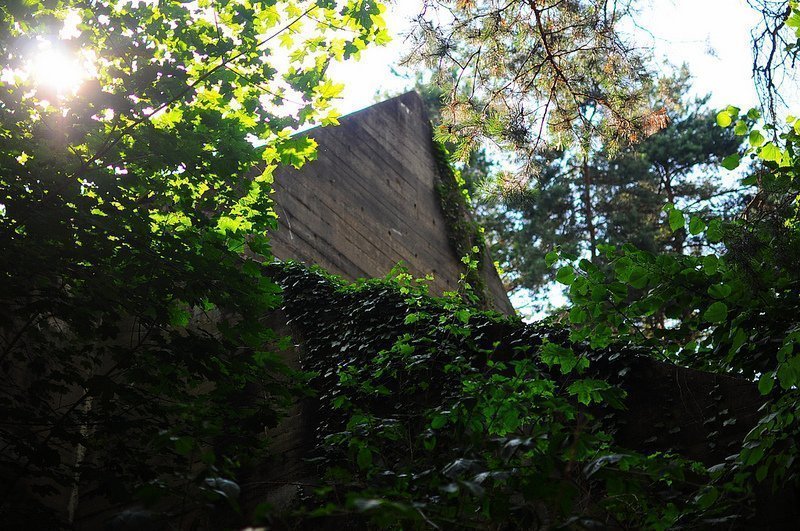 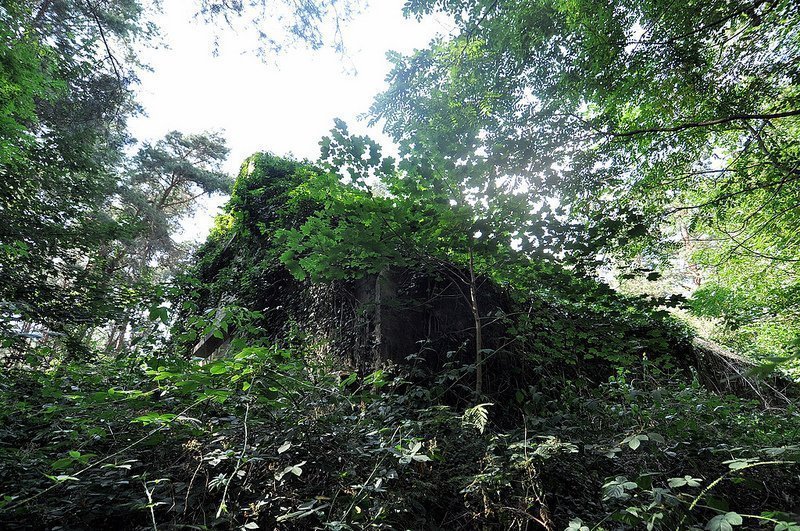 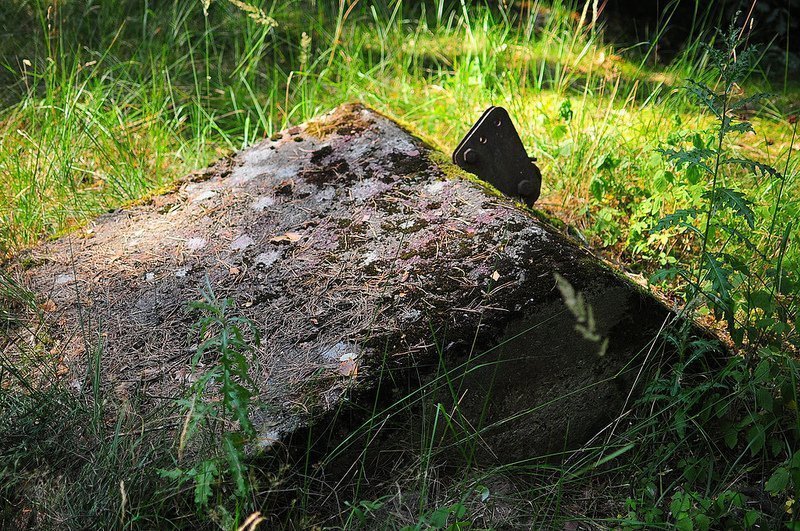 The only information that I could dig up at the moment was the bunker was known under the name Funkbunker Karo Ass, and that it was used by the SS. It consisted of several floors (at least 2) and had a large Radio Tower. While the initial idea of hiding units in the forest might have been good, it actually turned out to be a terrible idea. Bombers easily spotted the roads and buildings peeking out of the forest and bombed the hell out of them.

After the war not much happened with the bunker. It was stripped of all machinery, and the radio tower was pulled down at some point and most likely melted down to scrap.

The soviets tried blowing the thing up – but when the Nazis built something to last, it was meant to last. The Funkbunker survived the explosion with a small 10cm crack in the wall and the Soviets gave up. 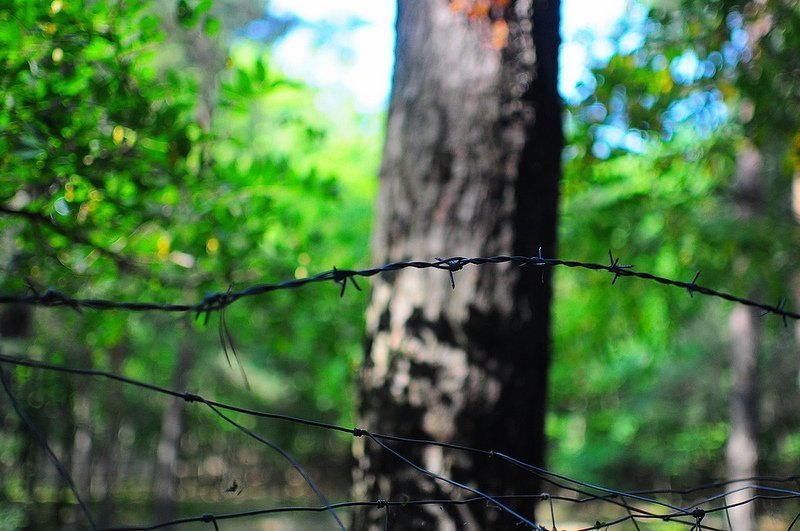 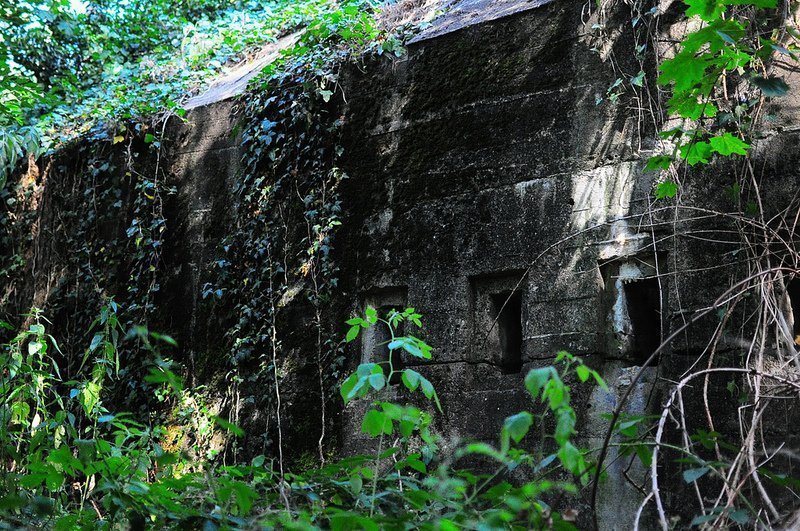 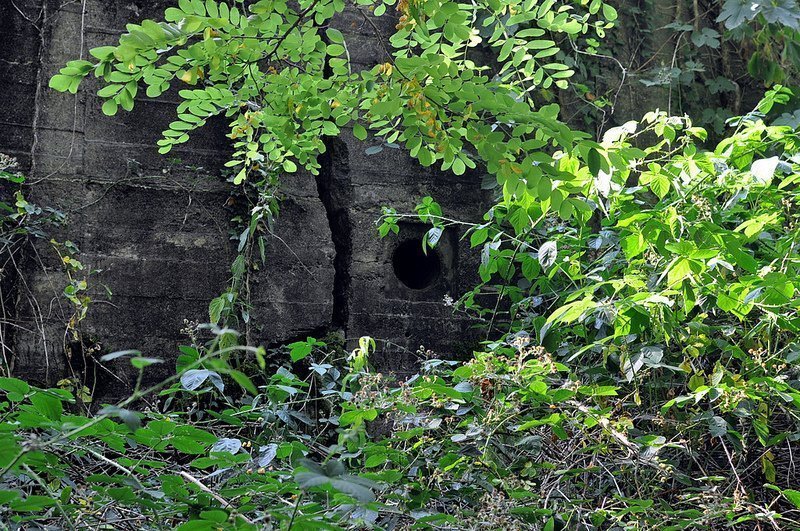 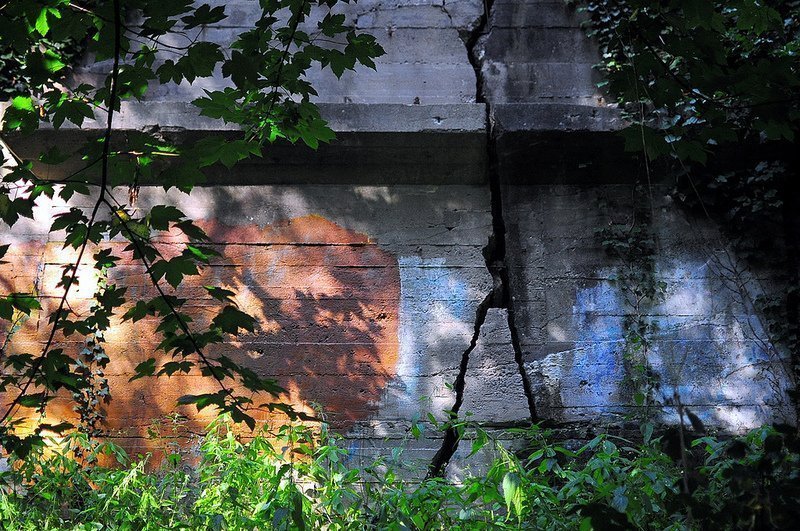 Over the years it ended up being filled with trash – that is until September 2008, when the local authorities bricked up the entrances and sealed them off with concrete. They even went through the effort of setting up a small mesh fence topped with barbed wire around the thing.

Youll find a concrete foundation a few meters down the road. While its overgrown with weeds and grass, there are ventilation pipe openings spread around the area which lead me to believe that it used to be a building of sorts with an underground bunker. 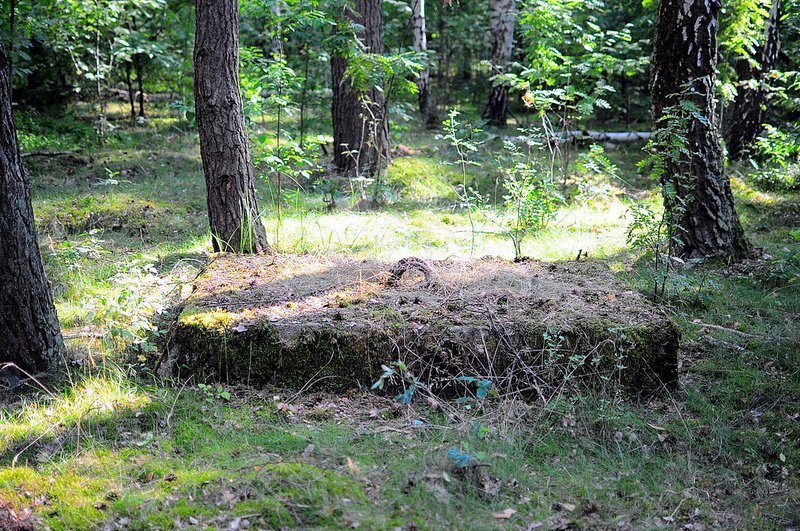 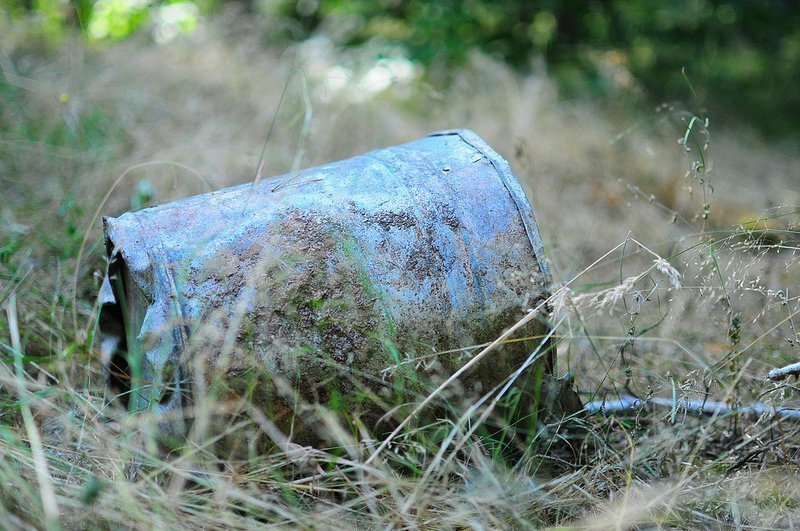 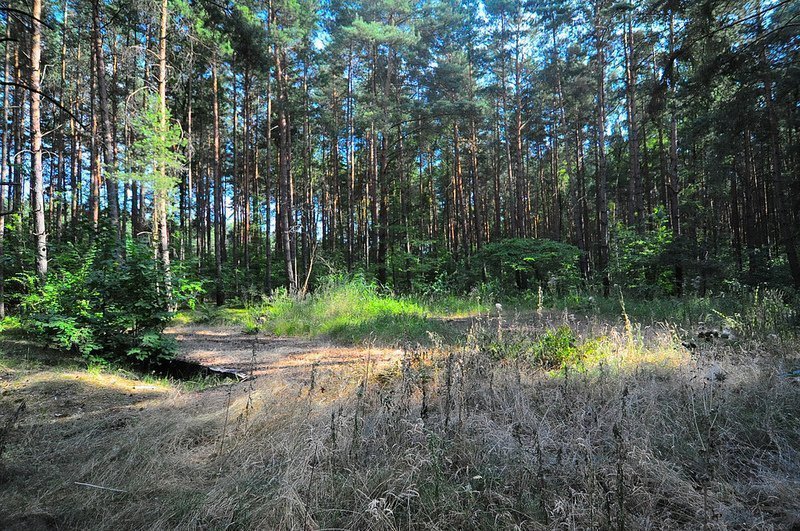 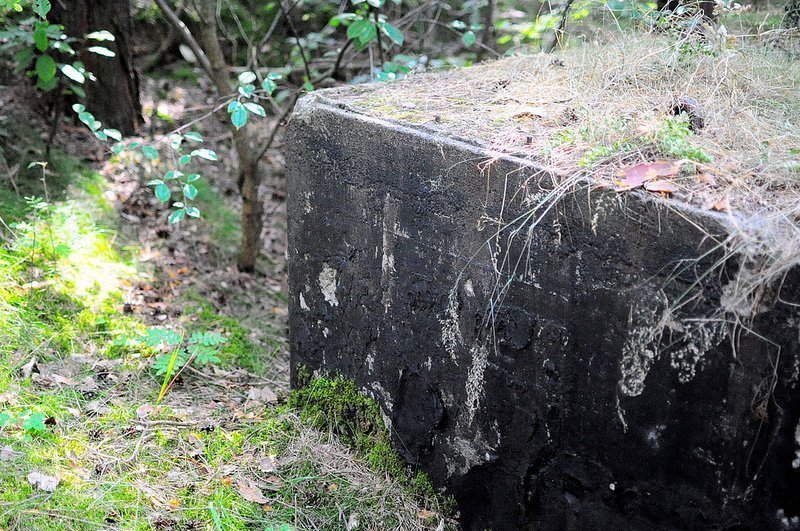 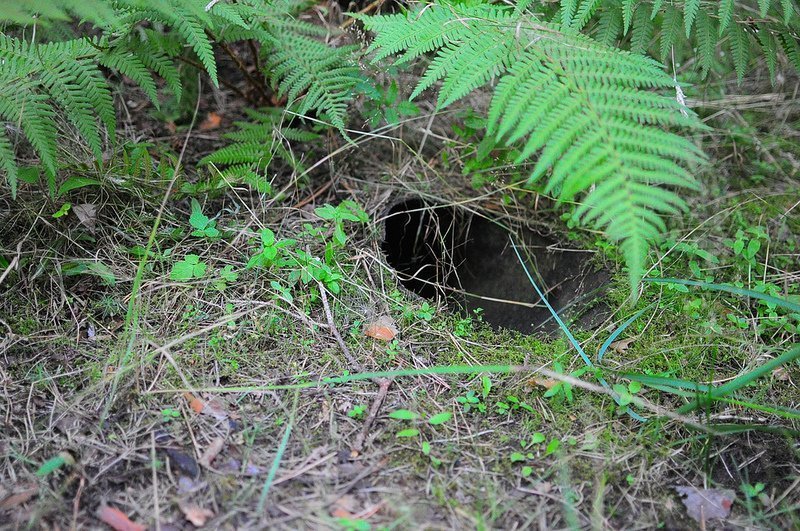 What really puzzled me though was the “Green Ring” where the radio tower used to stand. There are 5-6 man made symmetrical rings around the center of the tower. The area is also clearly visible from above – as it seems like the trees around the ring are relatively new.

It turns out that this mysterious formation is known as a “Ring Ground”. According to wikipedia “A ring ground is a type of electrical ground that is used to protect buildings and equipment from damage due to electrical surges. Ring grounds are typically used as protection against lightning strikes. They are also known as ground rings, although this term may also be applied to grounding rings that are installed in metal pipe systems to protect electrical devices such as flow meters.” 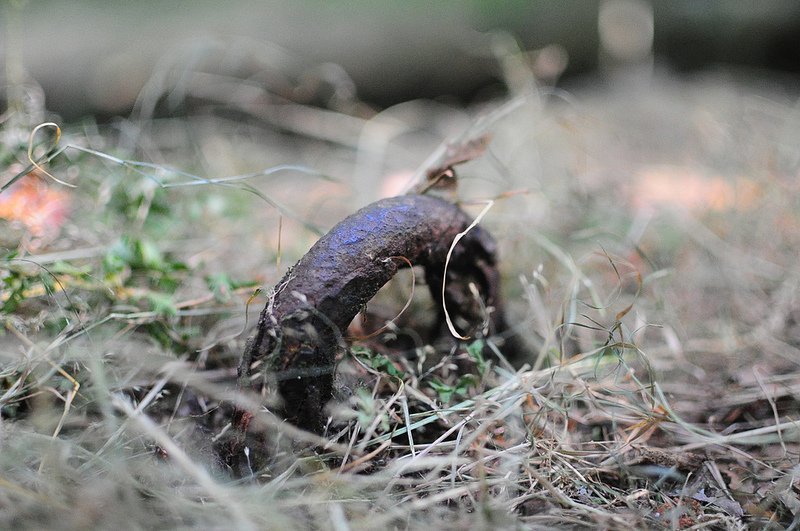 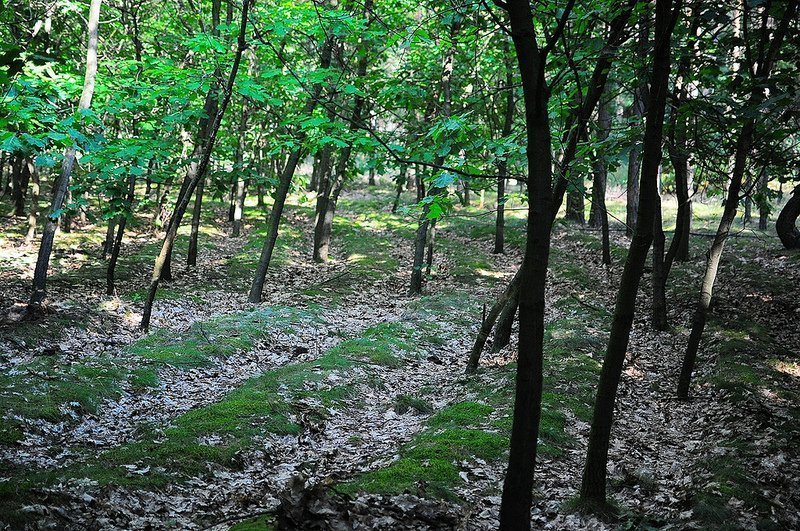 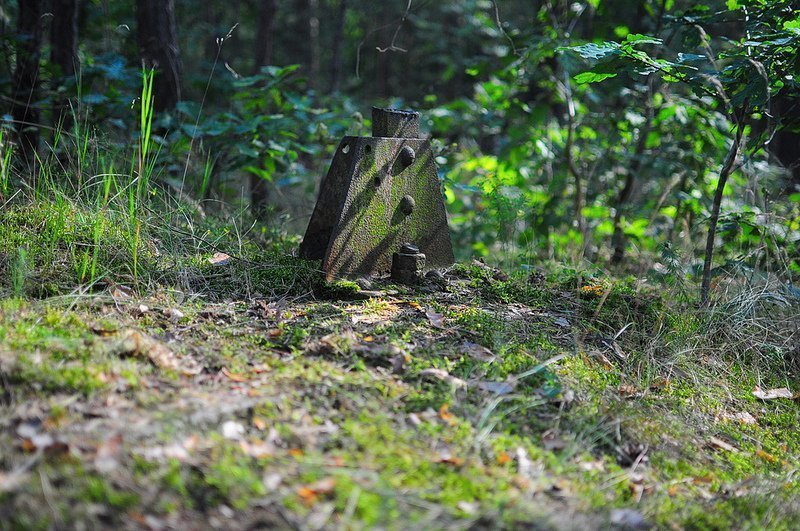 So is it worth checking this thing out? Yes and No. By itself this thing is completely useless. It’s a bricked up bunker that you can’t get in – and you can’t even get a decent picture of it, as all the trees are in the way. On the other hand it’s so easy to find and get to, and its conveniently located to a few other sites such as the SS-Hundeschule and Munitions Depot  that it really is worth stopping by. Its also worth having a look at the Flugplatz Oranienburg and the bunker of the Versuchsstelle für Höhenflüge while they are still around.

For more pictures of the Bunker and its surroundings – check out the Flickr Album: Funkbunker Karo Ass

Public Transport: Unless you have a car, take the S-Bahn up to Oranienburg. Make your way down to the Oder Havel Canal and cycle that up until you almost reach Friedrichsthal.If you reach the Grabowseestraße Bridge you’ve gone too far. Look for a small pathway into the forest and you’ll find the bunker fairly easily.