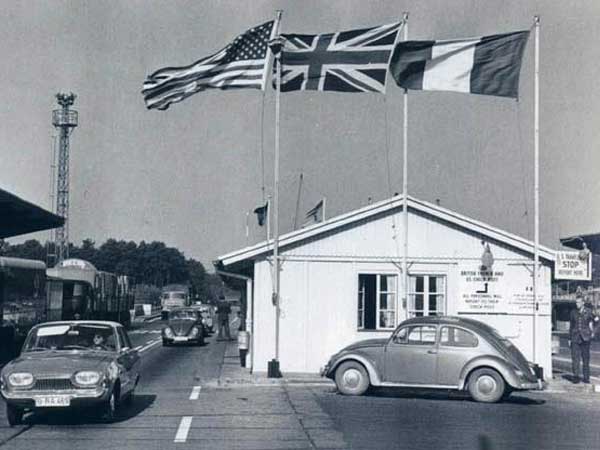 The Berlin Wall didn’t go up on the 13th of August 1961. What actually happened was that East Berlin Closed all its borders with West Berlin that day. Roads were torn up, barbed wire barriers were erected and combat troops were stationed along multiple checkpoints – but the actual concrete wall only came into existence in 1965. With the closing of the East-West Berlin border, 13 inner city checkpoints – the most famous being Checkpoint Charlie – regulated the flow of people between the 2 Berlins. While every tourist is familiar with the Checkpoint Charlie in Berlin Mitte, few tourists (or locals) venture out to the edge of Berlin to see the remnants of the first Checkpoint Bravo, the Autobahn border crossing from west Germany into West Berlin.

First things first. Ever wondered where the name Checkpoint Charlie came from? It got its name from the NATO phonetic alphabet – and it was actually the 3rd checkpoint which received its name this way – the other 2 being Checkpoint Alpha and Bravo. These 3 checkpoints were used by the western occupying forces (USA, France and Great Britain) to enter into Soviet Occupied East Germany.

Heres a quick breakdown of each Checkpoint:

Helmstedt-Allied Checkpoint Alpha: Established 1945. The most important border crossing during the cold war, it was the main entry point for all western military forces into east Germany as it provided the shortest route into West Berlin (167km).

Dreilinden-Allied Checkpoint Bravo: Established 1945. The Autobahn Border checkpoint in Dreilinden, designed to control the traffic flow from the West Sectors through the East Sectors into West Berlin. Originally located on the Teltowkanal Bridge, it was relocated in 1969 onto the newly built highway.

Berlin-Zimmerstraße-Allied Checkpoint Charlie: Established 1961. The military and diplomatic border crossing from West Berlin into East Berlin, situated in between the Zimmerstraße and  Kochstraße in Berlin MItte. 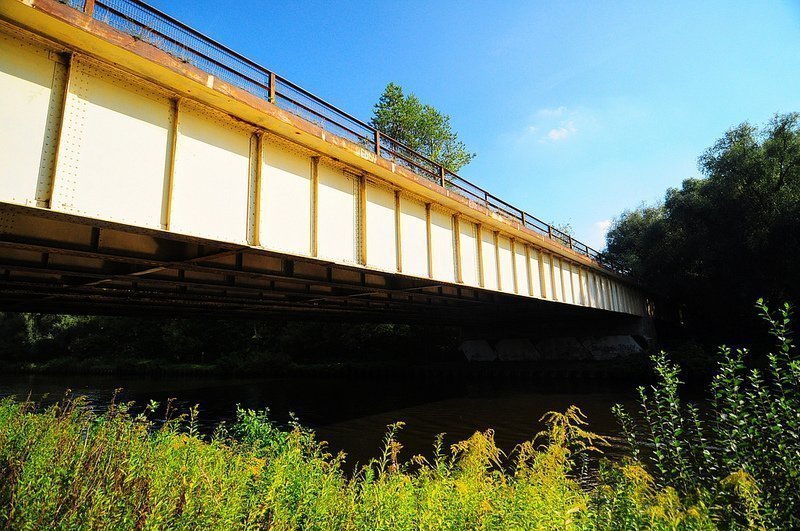 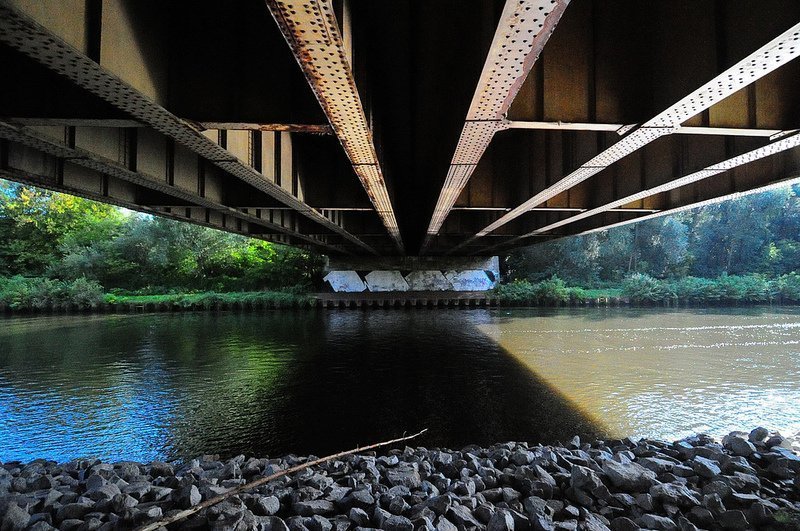 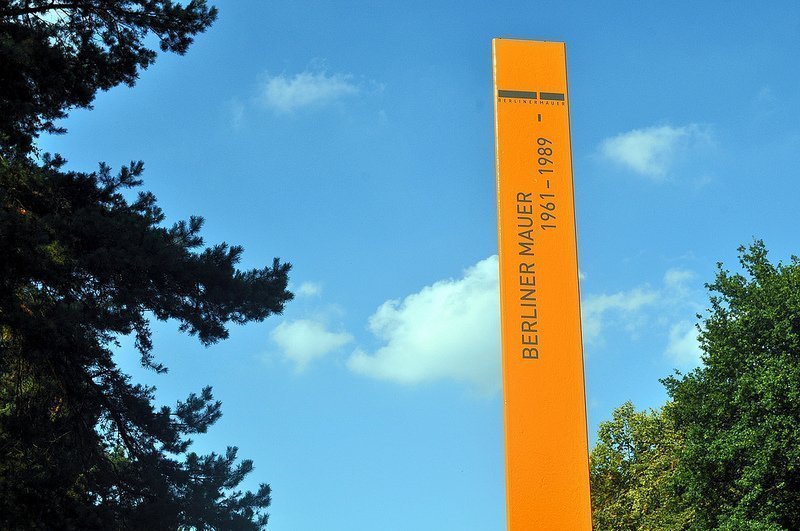 The origins of Checkpoint Bravo stem from the London Protocol from the 12th September 1944, where the allies agreed to divide Berlin and the German Reich into sectors. Dreilinden – where the Reichsautobahn crossed through – ended up in the American Sector of Berlin, right on the border of the Soviet occupied sector.

After the Berlin Blockade ended on the 12th of May 1949,  the soviets were looking for new ways to up the political ante. The Checkpoint Alpha had already been up and running for 5 years at this point, and the soviets decided to fine alternatives to restrict the people flow in and out of Berlin. 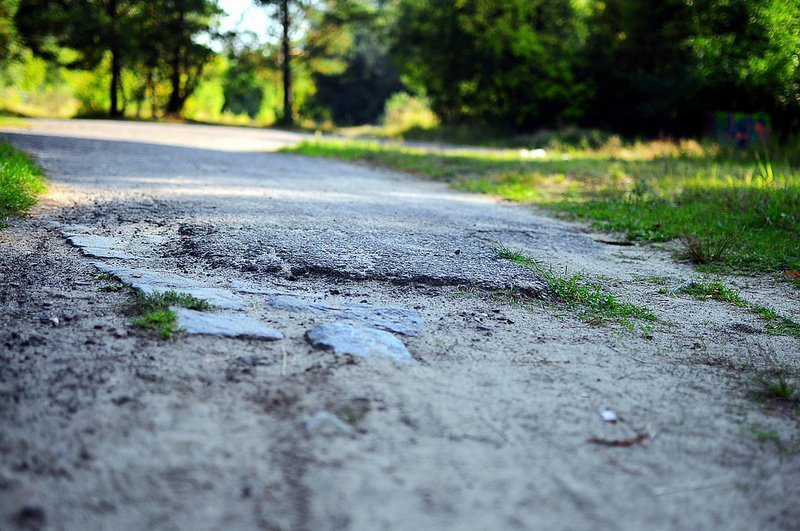 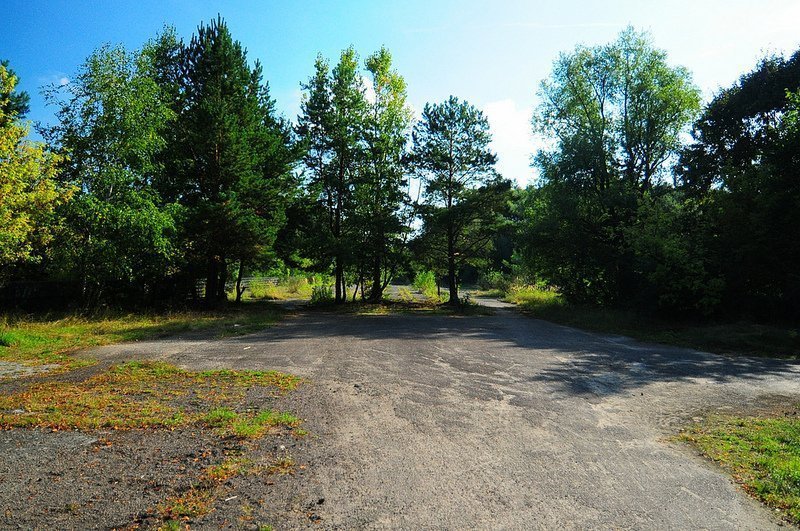 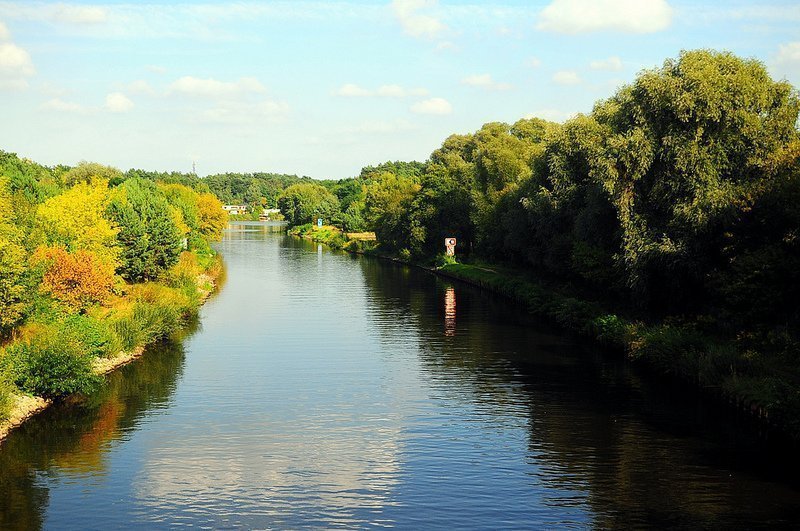 The “Kontrollpassierpunkt” – KPP (Checkpoint) “Nowawes” was established on the 28th of Juli 1949 by order Nr 73/49 of the President of the „Deutschen Verwaltung des Innern“ (German Administration of the Interior) in Dreilinden. What this rather long sentence means is that the soviet authorities built a checkpoint in Dreilinden. Shortly after, on the 7th of October 1949, the DDR was officially founded. Dreilinden, from the perspective of the DDR, was not a Sector Border anymore – but now officially the state border. 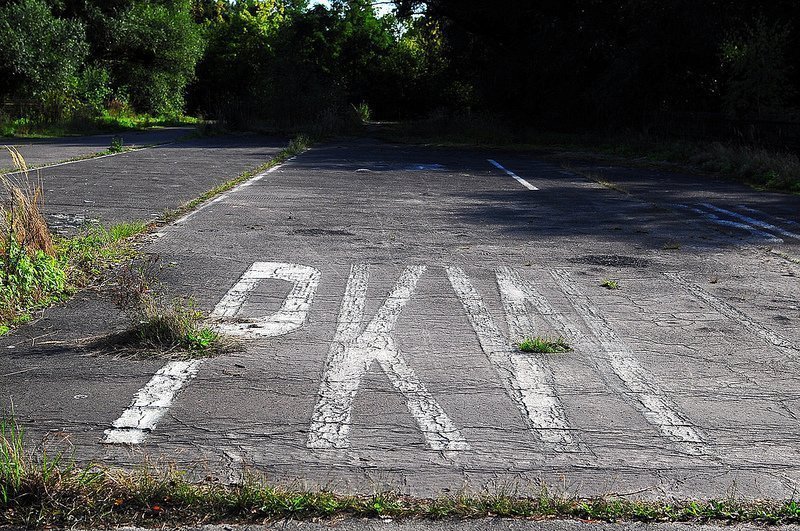 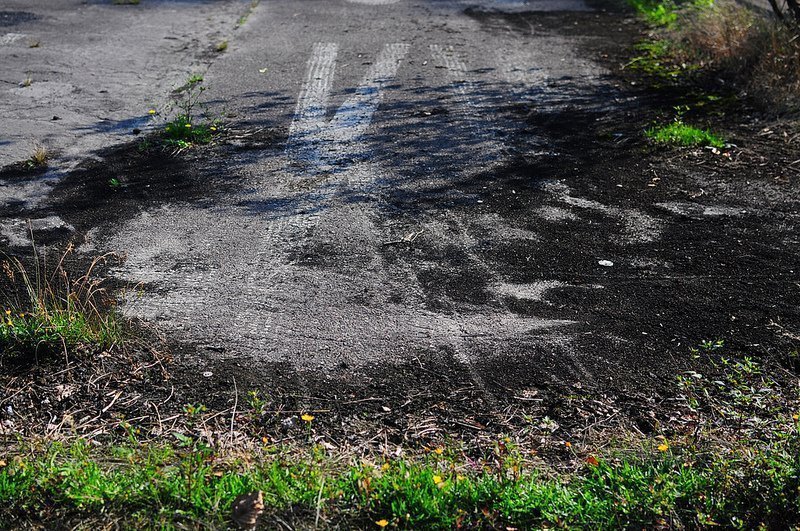 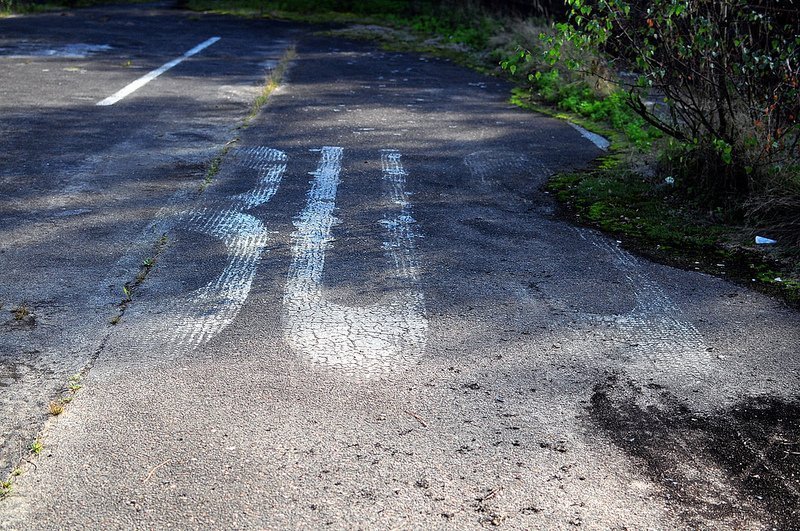 The “KPP Nowawes” – which received its name because the soviets most likely had outdated maps – was renamned into “KPP Drewitz” on the 23rd of October, 1950. At the same time the Ministry of the Interior (DDR) gave out the order Nr 147/50 – which stated that all “inter-zone” traffic (traffic form west Germany to West Berlin and vice versa) had to be directed through the checkpoints Drewitz and Dallgow. 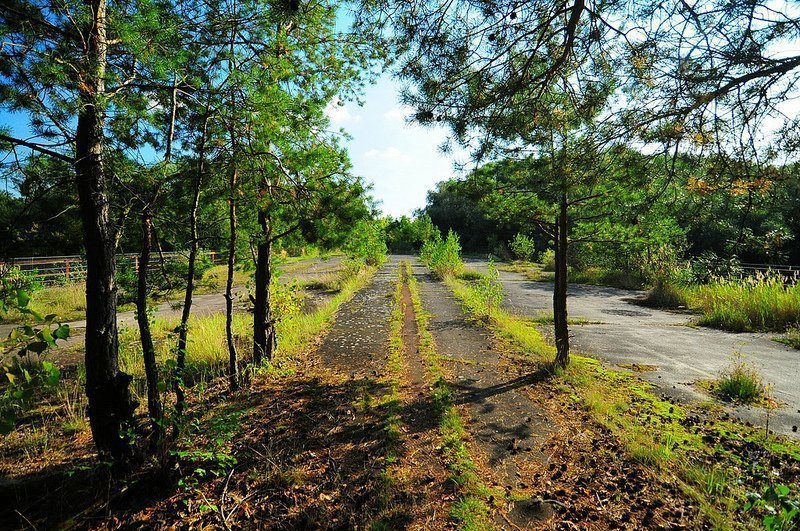 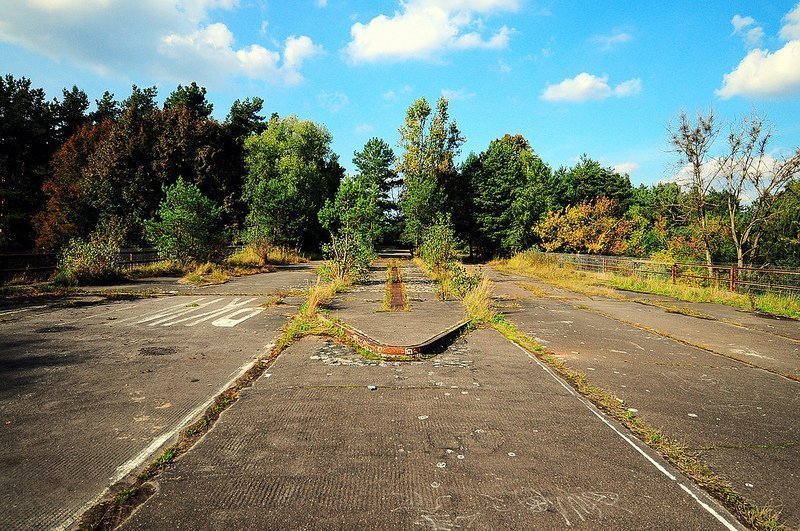 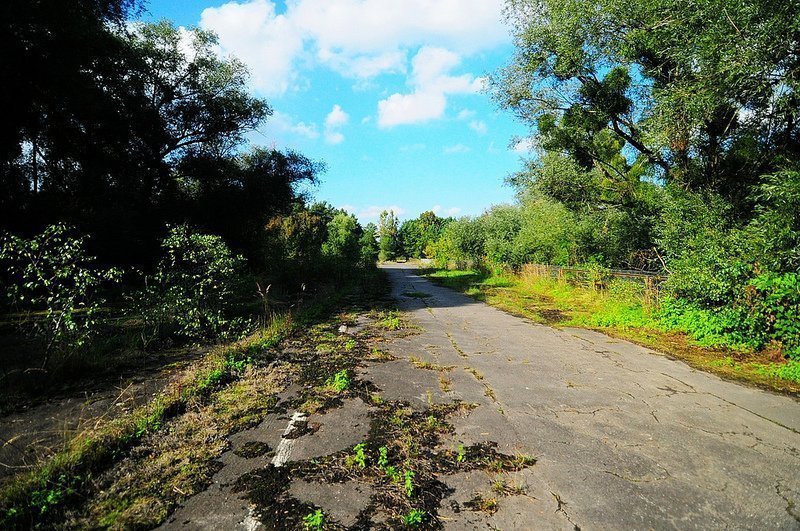 Oddly enough – the East German Checkpoints are better documented than the allied checkpoints. There isn’t that much info about the establishment of the Checkpoint Bravo, but here’s what I could dig up. 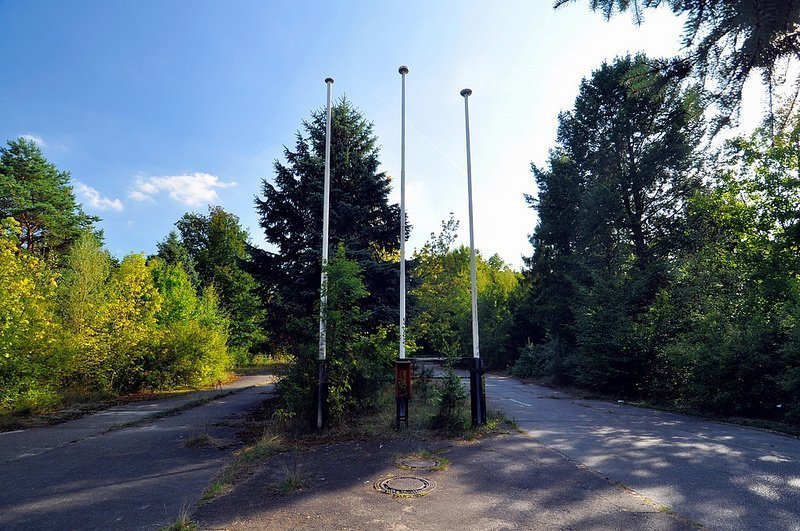 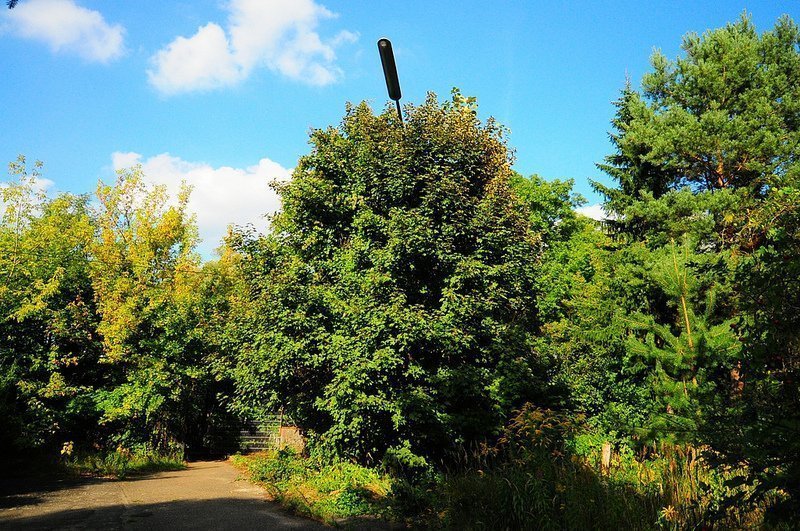 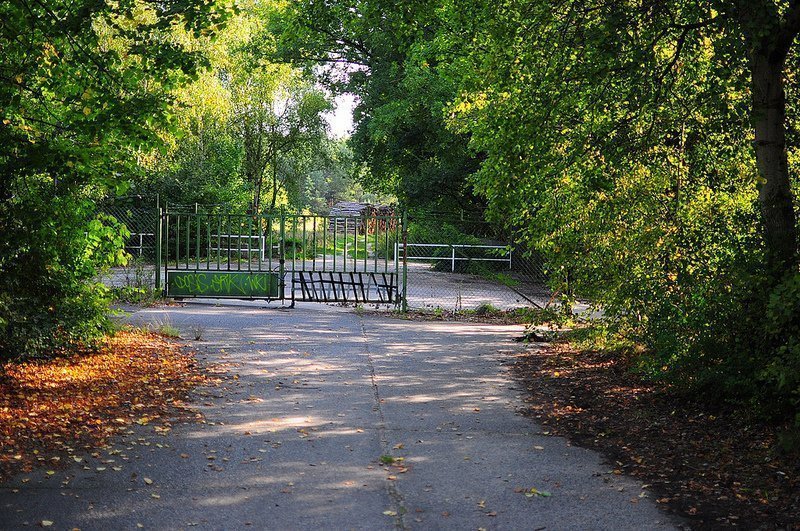 After the inner German border was opened up in November 1989, the checkpoint became obsolete, though it was only officially shut down in July, 1990.

In “recent” news – the city sold off the property where the original Checkpoint Bravo once stood in September 2012, for the low low  price of €45000. Apparently there wasnt much interest in the property as just one anonymous buyer ended up bidding for the property and snagged it up for the the minimum asking price. What the owner  plans to do with it now is still unclear, but he’s barred from building any commercial or rental units on the land.

As you can see in the photos, not much is left. The traffic markings PKW (Car), LKW (Truck) and BUS are still visible on the tarmac. If you walk over the bridge and through the overgrown walkway, youll spot the remaining flagpoles and some leftover street lamps. All the way at the end is the abandoned Dreilinden Cafe which has been completely boarded and fenced up. For the curious ones – the fence goes all the way around the property, but the lower floors dont seem boarded up. 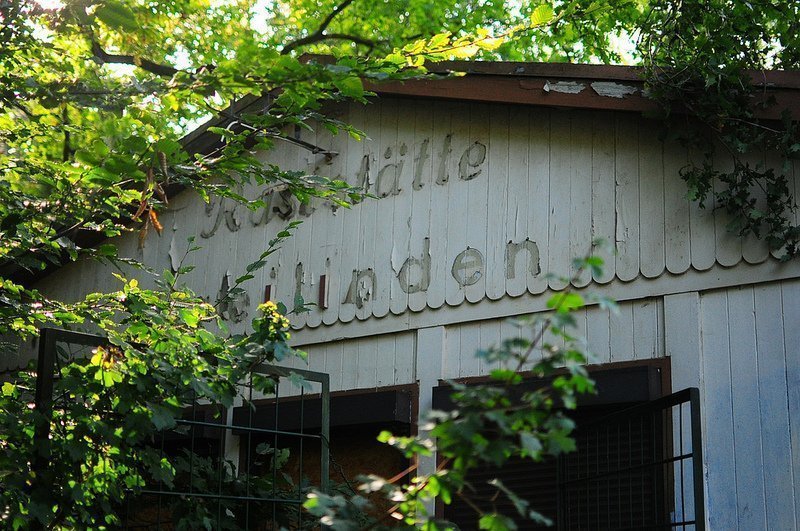 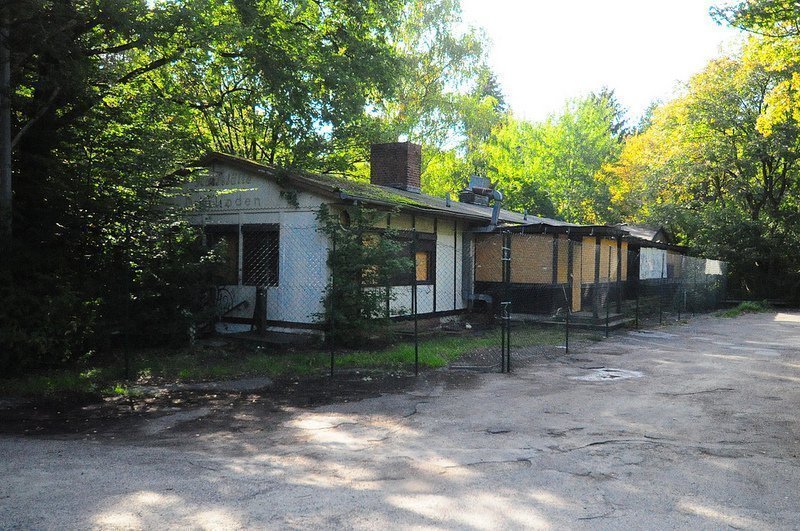 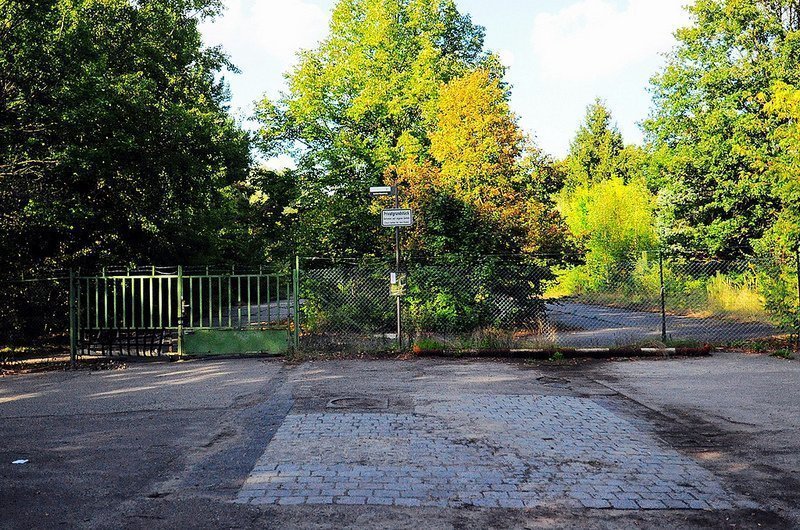 If you ever decide on venture down the tracks of the Friedhofsbahn – or talking a walk along the Mauerweg, visiting the remnants of the Checkpoint Bravo (both new and old) is definitely recommended. Its a beautiful trek through the forest and along the canal and there is loads of history to be discovered.

Public Transport: If you decide to walk along the Friedhofsbahn tracks – follow the directions here.