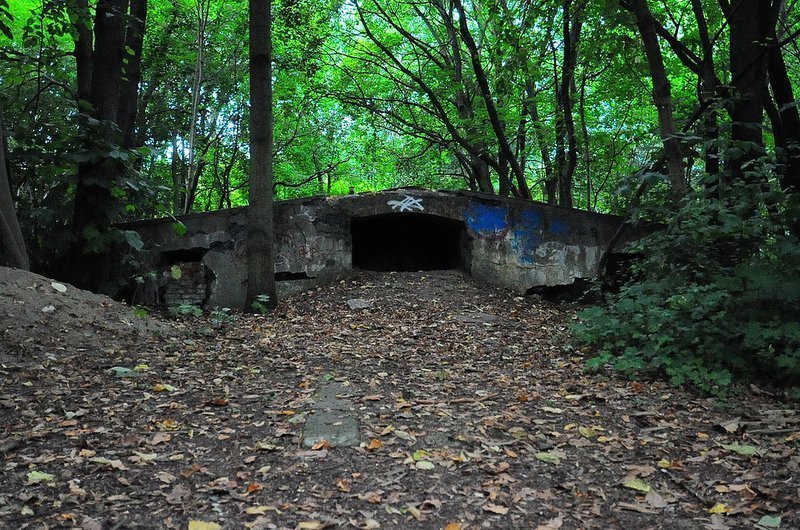 Berlin is made of Bunkers. Where ever you go, chances are pretty high that you’ll stumble across some signs or remnants of a Bunker. Be it the Volkspark Friedrichshain, underneath the Alexanderplatz, the Boros Bunker or the remnants of the Flakturm at Gesundbrunnen, the city is full of them. While some are more obvious than others, it’s almost a guaranteed fact that you’ll find the remnants of a Bunker in one of the many Berlin Parks, and in one of these parks you’ll find whats left of the Ausländerlager Schönholz.

The Volkspark Schönholzer Heide dates back to the 1750s, when Queen Elisabeth Christine bought a plot of land to establish a Mulberry plantation. A few years later a small colony of weavers was settled on the edge of the park. From 1791, this colony expanded and was renamed Schönholz. From 1800, a small castle was built which housed an All Girls school form 1872 to 1884.

The southern edge of the park was opened to the public from 1900 onwards, and became increasingly popular amongst Berliners. Restaurants, shooting ranges, tennis and football courts sprung up. At the same time, the Luna Park in Halensee – the largest amusement park in Europe – was moved to the Schönholz Park.

Between June 1940 and April 1945, one of Berlins largest forced labour camps was established here. At the end of 1942, 2500 Poles, French, Belgians, Kroats, Serbs and “Ostarbeiter” (people from other soviet countries) were held here. From 1943, Italian Soldiers were interned here in a special section of the camp.

The first forced laborers were temporarily housed in the halls of the Restaurant “Castle Schönholz”, later on they were moved to barracks which were built on the grounds of the Amusement Park, thus giving the camp the name “Luna Lager”.

The camp was established by the Deutsche Waffen und Munitionswerken (the German Weapons and Munitions Producers), which employed forced labor units throughout its various production facilities. The Berlin factory was located at the Eichenborndamm in Borsigwalde, which forced its laborers to work 12 hour shifts, 6 days a week. As well as being forced to work in the Munitions Factories, the prisoners were forced to work in the Bergmann Elektrizitätswerken in Wilhelmsruh. 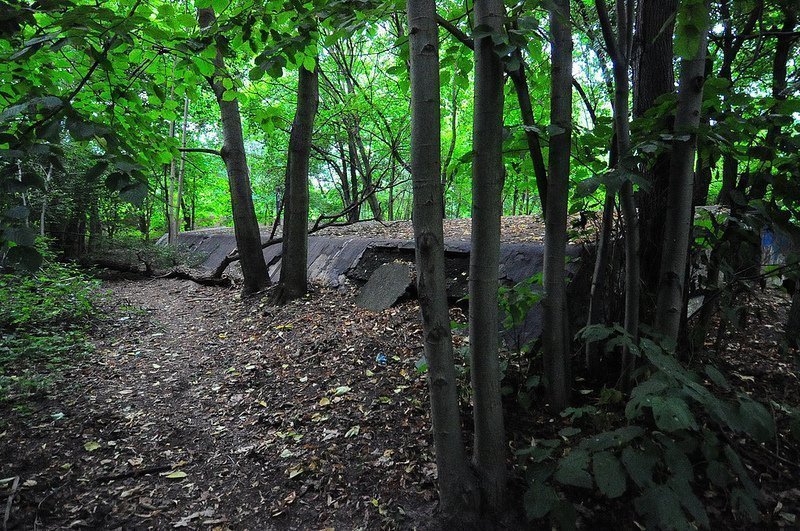 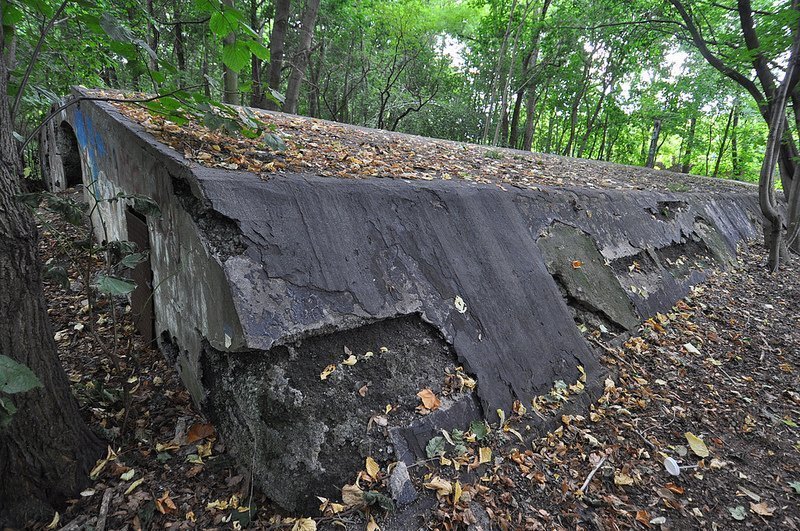 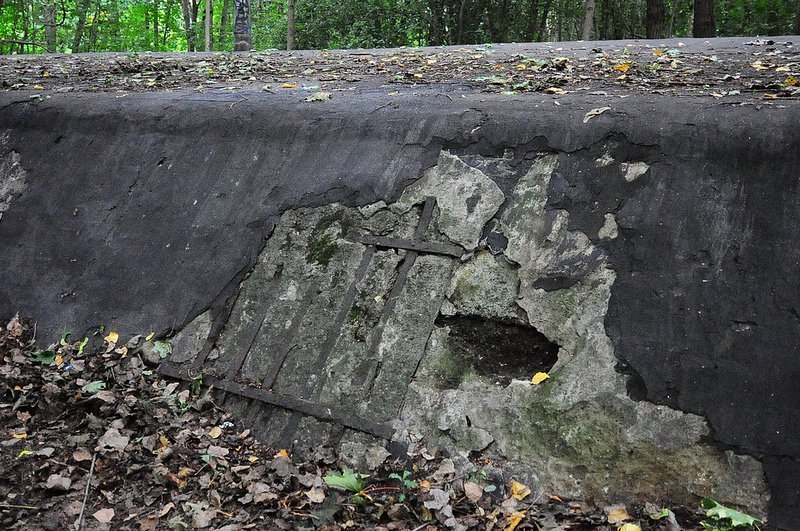 Insufficient food rations, the hard physical labour, and especially the lack of protection against allied bombing attacks were the main cause of death for over a hundred prisoners.  The camp was finally liberated in April, 1945, when the soviets marched into Berlin.

Almost nothing remains of the Ausländerlager Schönholz. The remnants of the luna park were torn down, as were the barracks and any other trace of the forced labour camp. The only traces left of what once stood here are a small overground bunker and a small war cemetery where civilians, soldiers and a few forced laborers are buried. 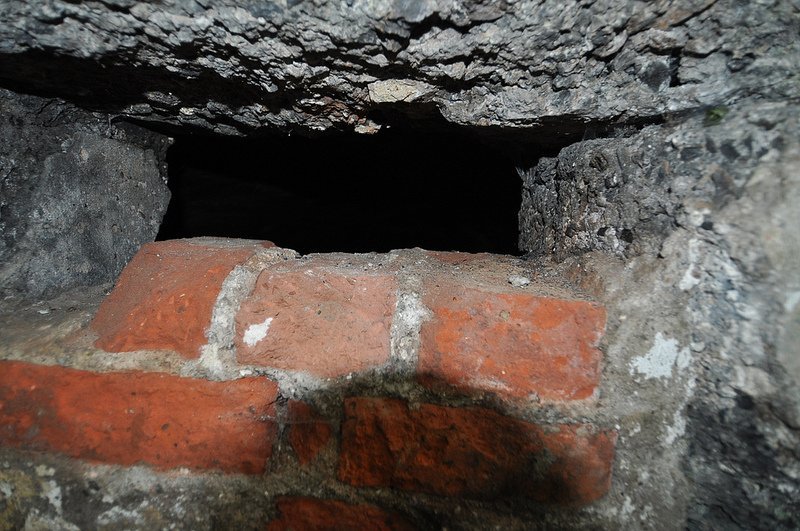 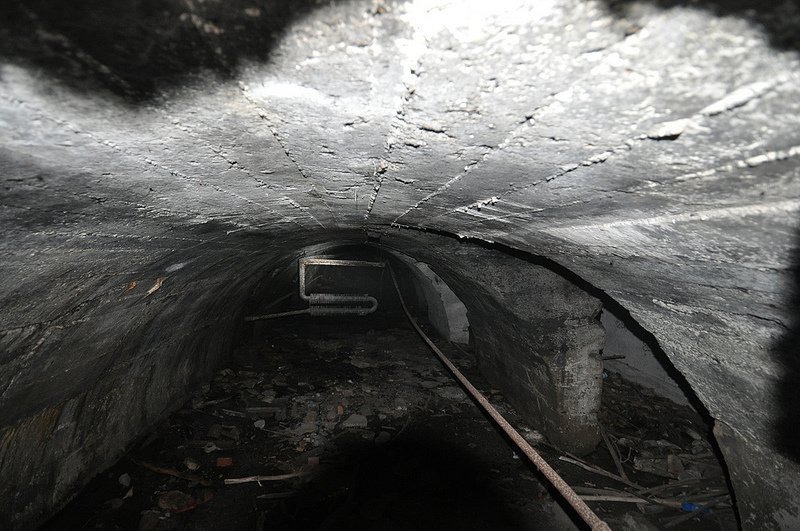 The overground bunker is “hidden” in a small forest patch in the Volkspark Schönholzer Heide. Theres a small pathway which leads right past it, but it goes by relatively unnoticed by the joggers, dog walkers and children that walk by.

The entrances have been filled up with earth, and the “windows” have all been bricked up. There is a small hole in one of the bricked up windows where one can peer in, but unless you’ve got a flashlight with you, there’s not much to see. If you walk around the bunker to the back entrance you’ll find that the bricks of one of the windows have been removed. For those adventurous enough, you can step into the bunker and have a look around, Aside form a few bricks, trash, some pipes and lots of mosquito’s – there’s very little to be found. 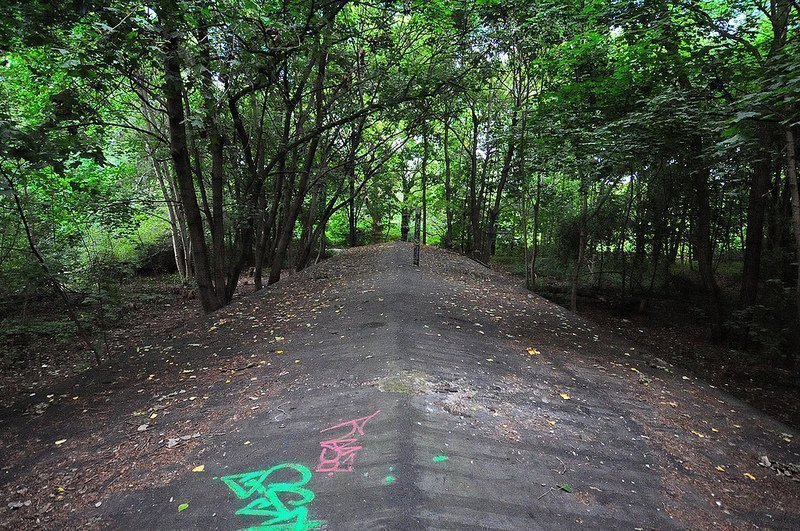 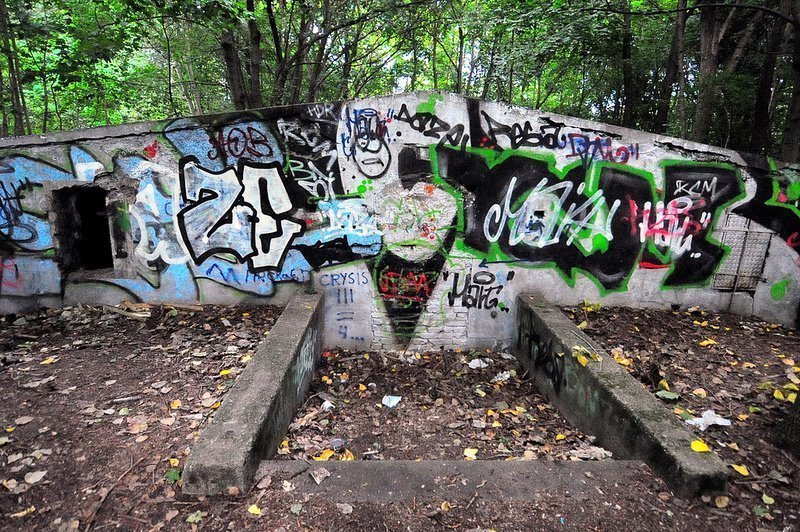 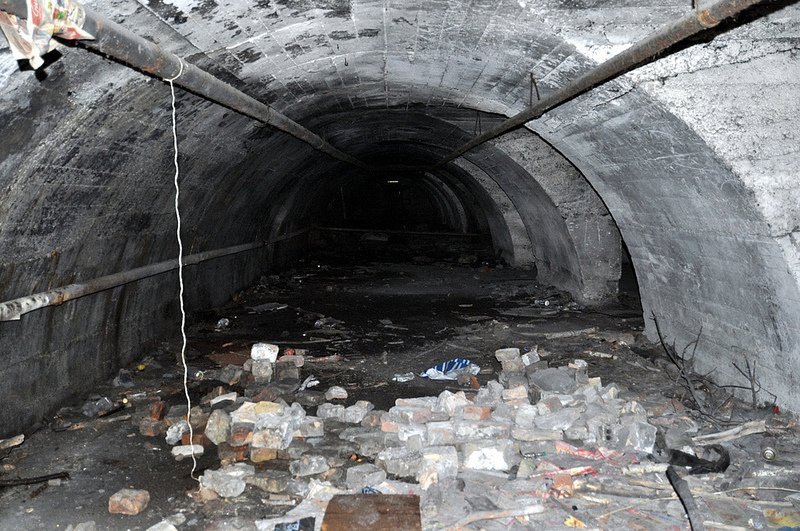 Theres a small board at the entrance of the park explaining the history of the camp in 3 paragraphs – but most people will only stumble across it by chance. For the time being that are no plans to do anything with the Bunker. People who pass by it, can only assume what dark history lies behind its origins.