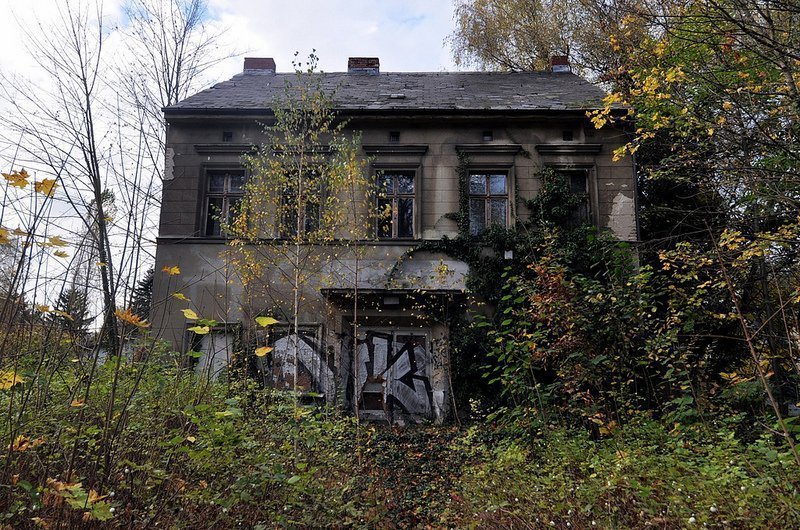 From the outside it looks like any other closed down villa – but this 2 story house is more than that. Upon closer inspection this run down Villa turns out to be an Abandoned Cinema.

The villa was built in 1894 as a restaurant with a large Festival and Ballroom, but was then converted in 1929 into a Cinema with 333 seats. The Cinema owner was forced to close down the Cinema in 1962 due to a lack of customers, but her father continued to live in the apartment above the screening room. The father died at some point in the 1990s, and the owner vanished. Since then the Building has remained closed up and abandoned. 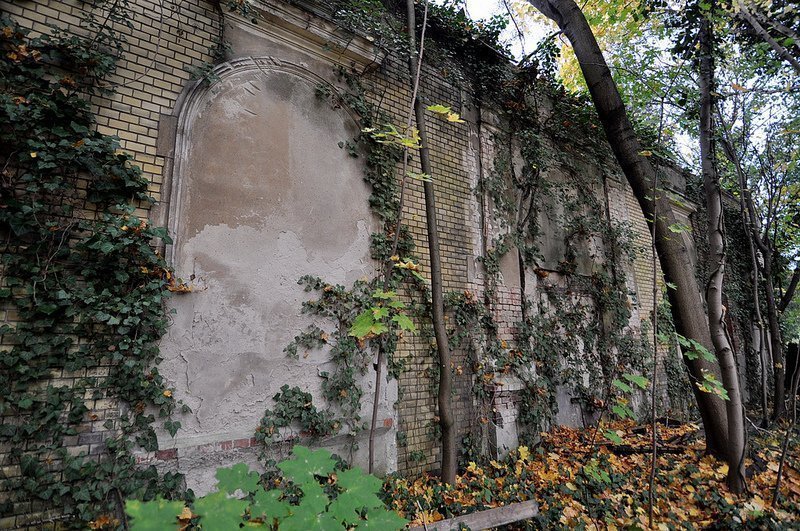 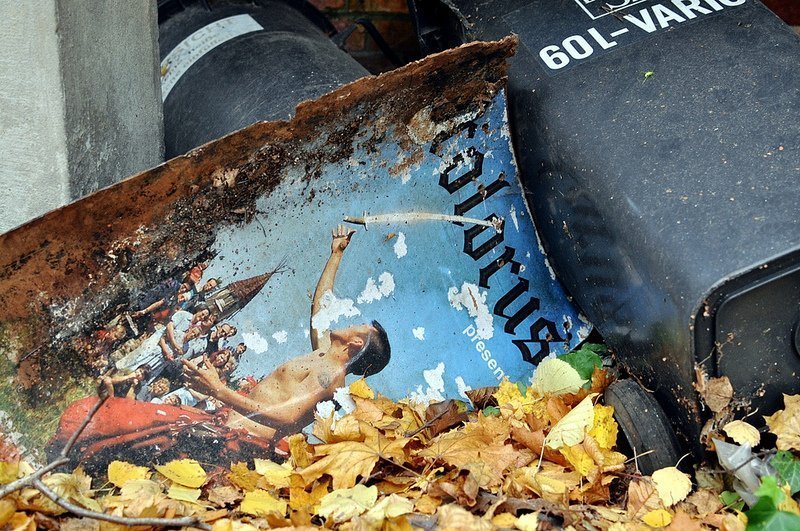 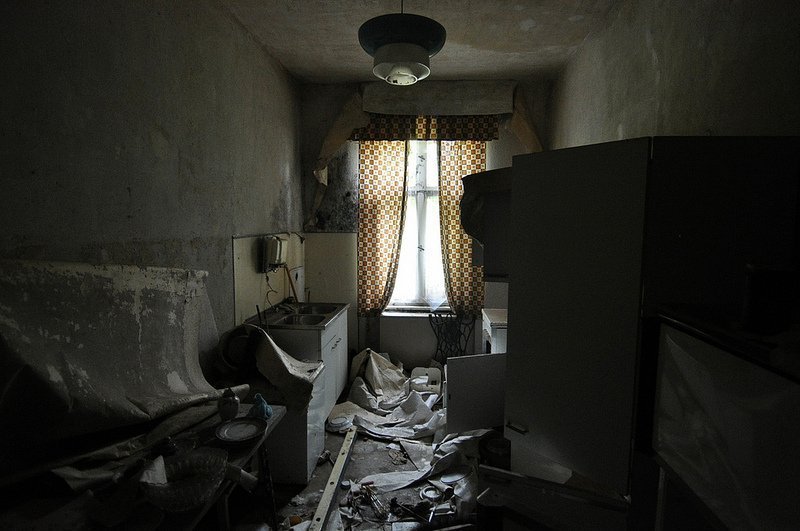 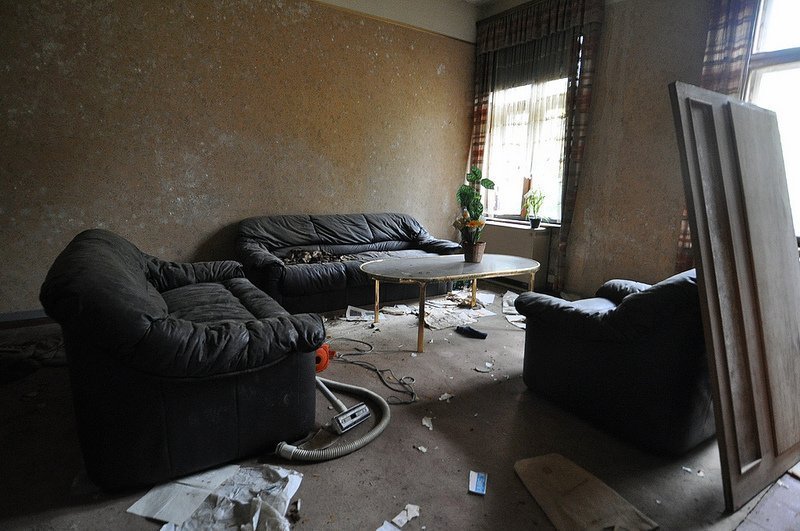 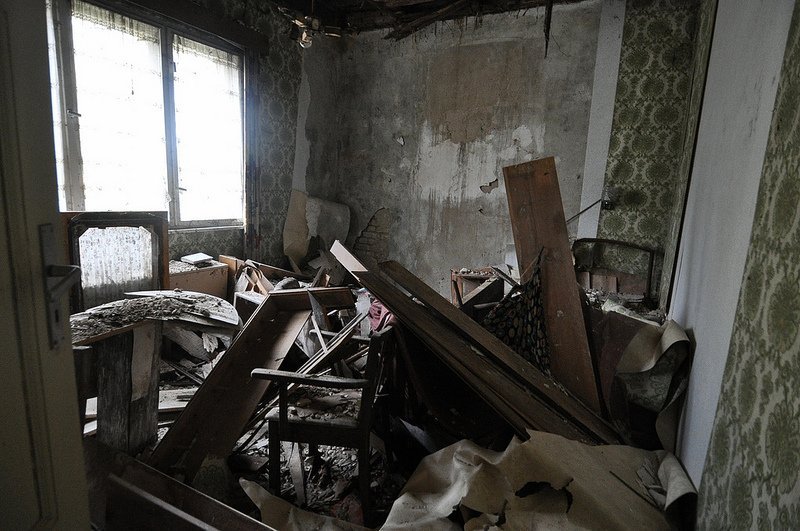 The Cinema has been bricked up and at this point there doesn’t seem to be any way inside – but the apartment above is still accessible. The building isn’t in the best condition – the stairways are crumbling to pieces and parts of the roof have collapsed. The first floor seems to be where the old man spent most of his life. A small bathroom, a living room with a 3 piece leather sofa set and some fake plants, a piano room with note sheets strewn across the table and the kitchen, still intact with plates and some jars of preserved cherries. 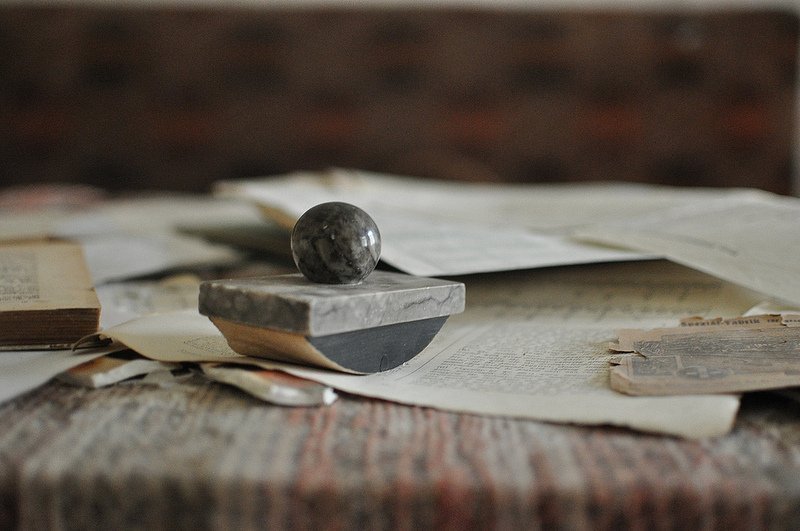 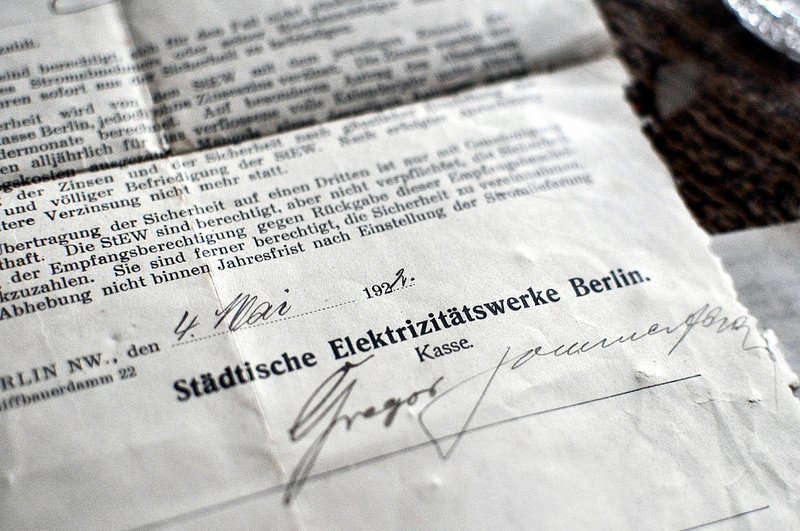 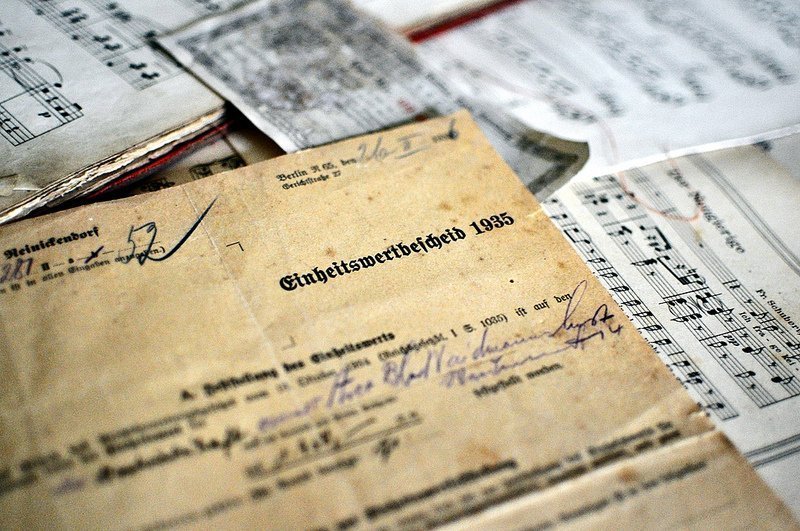 It seems like people have rummaged through the apartment in search of anything valuable – but it has still managed to retain its lived in character. Electrical bills dating back to the 1920s, and tax forms from 1935 are strew across the table and offer clues to another persons life. The abundance of notes and the piano in the corner make it quite evident that the old man loved music – its hard (and slightly depressing) to imagine how many memories lie spread about in the building. The staircase to the second floor is quite precarious as it has some massive holes in it. The upper floor has been cleared and theres hardly anything worth seeing there.  Its only a matter of time before all comes crashing down – much like one of the other abandoned cinemas in Berlin, the Kino Sojus. 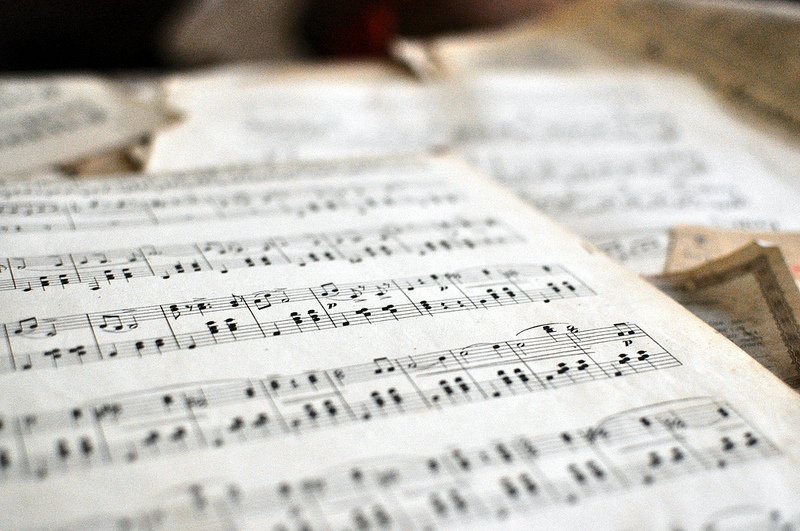 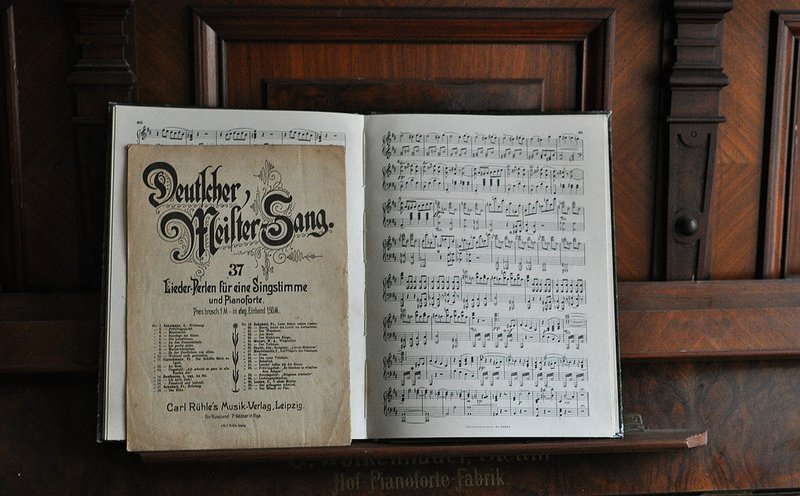 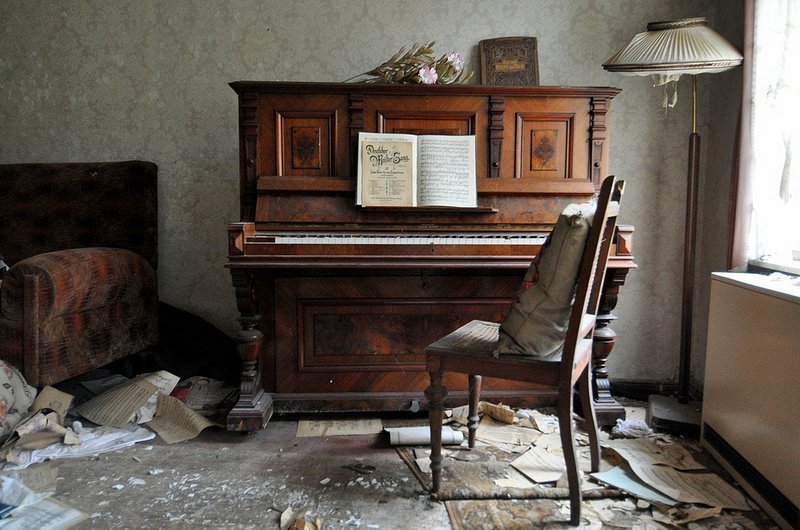 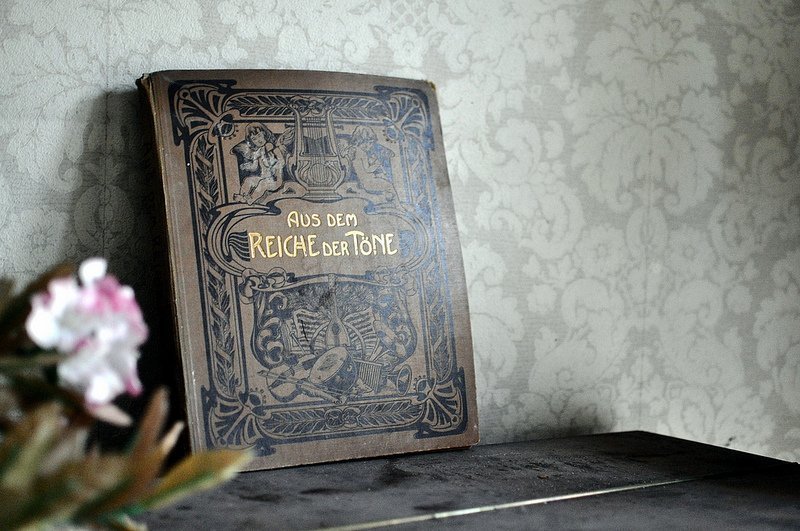 The city council held a meeting earlier this year about the future of the abandoned cinema – but they are currently unable to do anything  as the owner is still missing. As long as the roof doesn’t collapse, the building will remain in its abandoned state, waiting for better times.