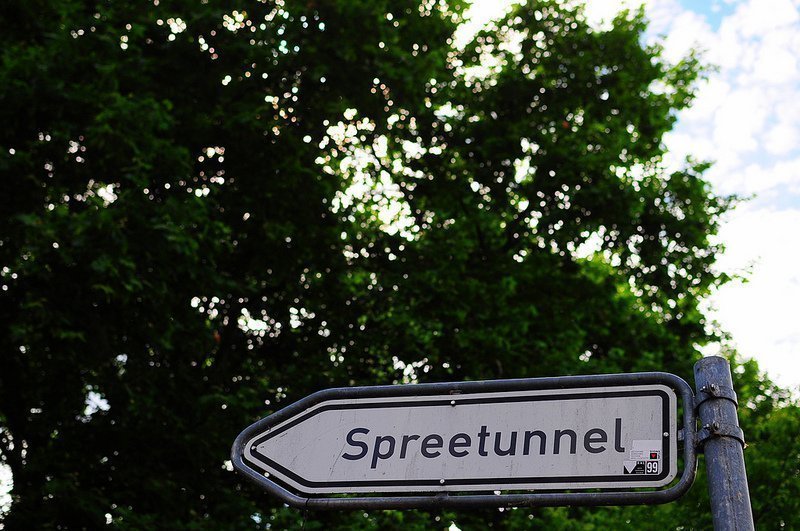 Berlin has some stunningly beautiful bridges. In fact its got over 900 bridges on display (though not all of them so beautiful) – over twice as many as Venice. And while many people appreciate the constructions that span the rivers of Berlin – not so many people know that there’s another way to cross the spree. Namely under it.

Even in the early 20th Century, Berliners fled the dirty city and flocked to the fringes of the city towards the green respite of the Müggelsee (the largest of Berlins lakes). The city had set up a ferry service to the other spree side, shuttling the tourists to the Müggelschlösschen and Müggelturm (a viewing tower), but the masses soon took overhand. More and more people ventured out on Sundays and took advantage of the ferry service – that it ended up disrupting the ship traffic. The  maritime authority blocked the proposal to build a bridge, so after a few more years of arguing – the city finally decided to build a tunnel underneath the spree. 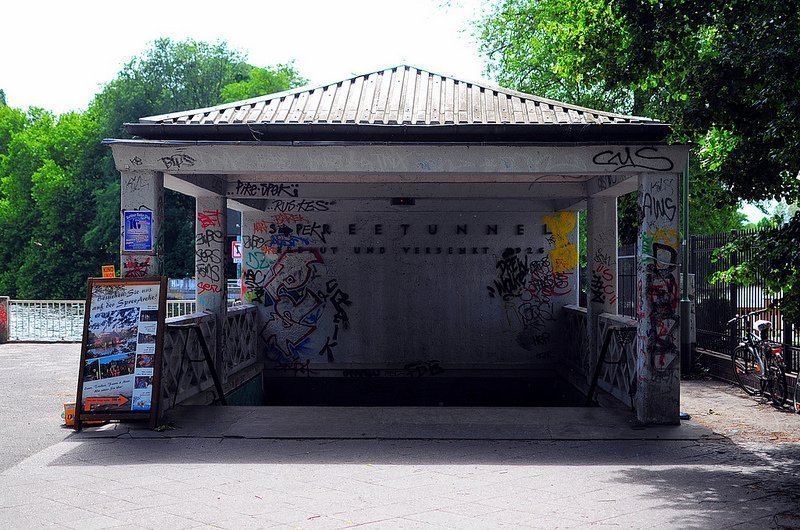 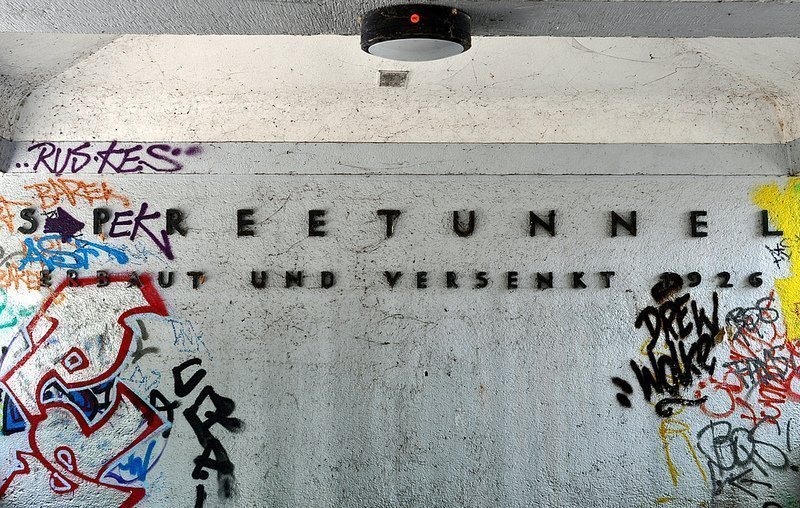 The Spreetunnel was the first reinforced concrete tunnel in Germany, to be built in a caisson construction through the application of compressed air. The Spreetunnel ended up being 120 meters long, 5 meters wide and its upper edge lies 4 meters under the waterline. 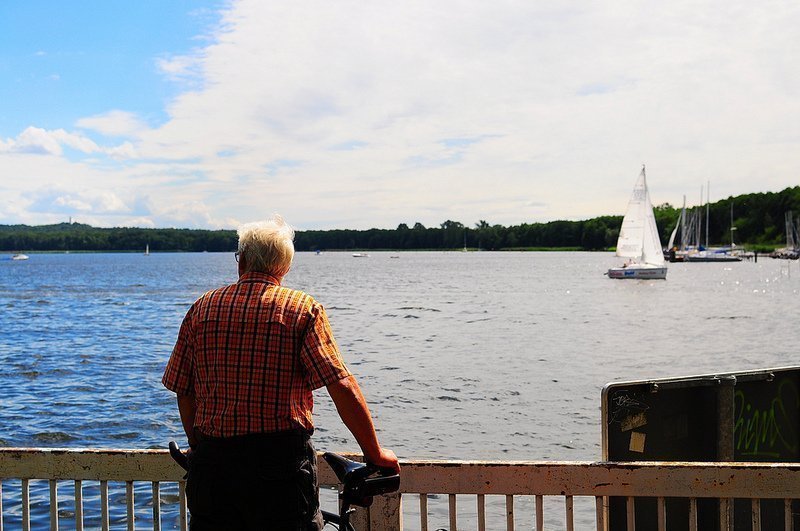 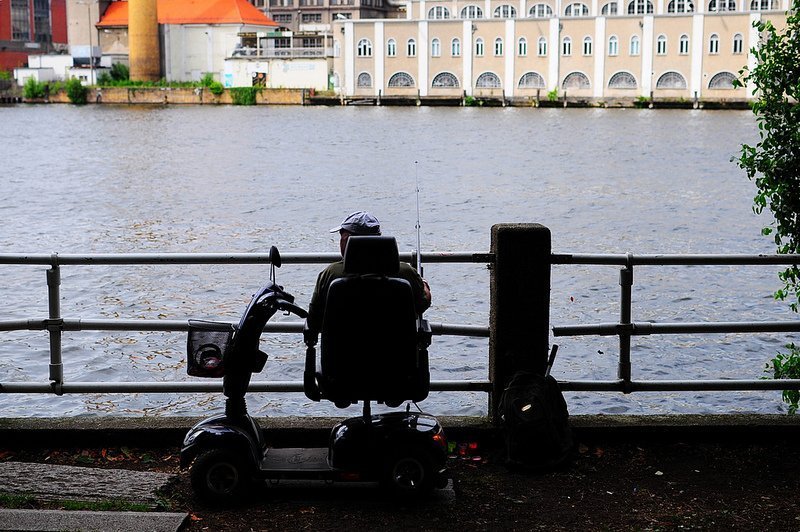 The design came from the Bridge Office in Berlin and the construction was handled by the Mannheim based Company Grün & Bilfinger AG. At a cost of 1 million reichsmark, the tunnel was completed in 16 months and was officially opened to the public on the 26th of may, 1927. Towards the end of the Second World War, the southern tunnel exit was damaged by a bomb and after the war, the entrance  was repaired/replaced with a simplified canopy 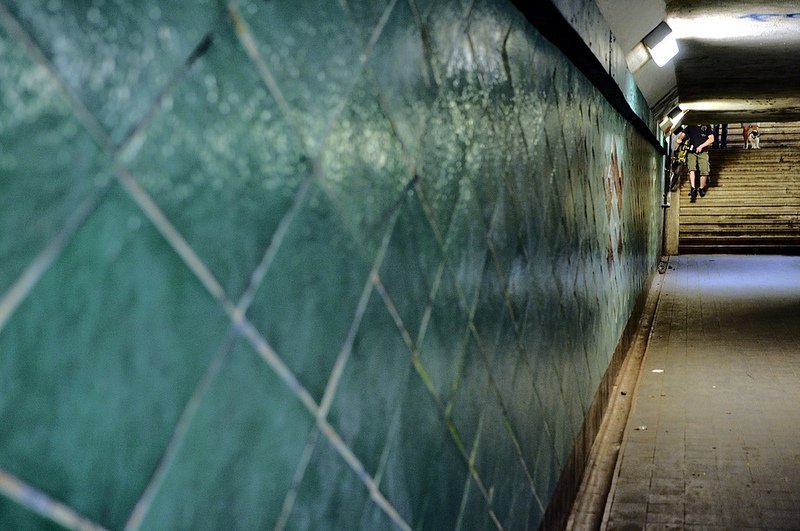 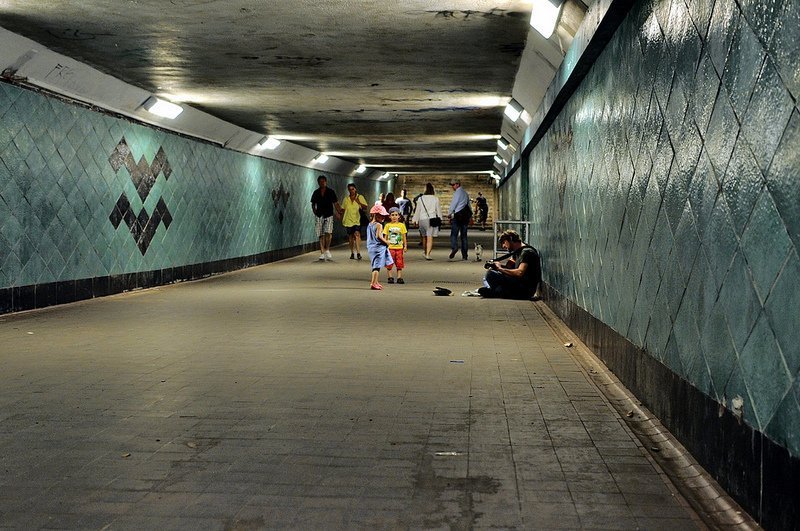 Friedrichshagen lies on the north shore of the müggelsee – and its got all the flair of a holiday seaside town. But as sleepy as the town appears to be, the Spreetunnel is  as busy as every other underpass in the center of Berlin. Throngs of families, cyclists and pensioners on a Sunday stroll stream through the 120 meter long tunnel. If you’re lucky, the odd musician will set up camp in its midst and let his music echo through the tiled chamber. 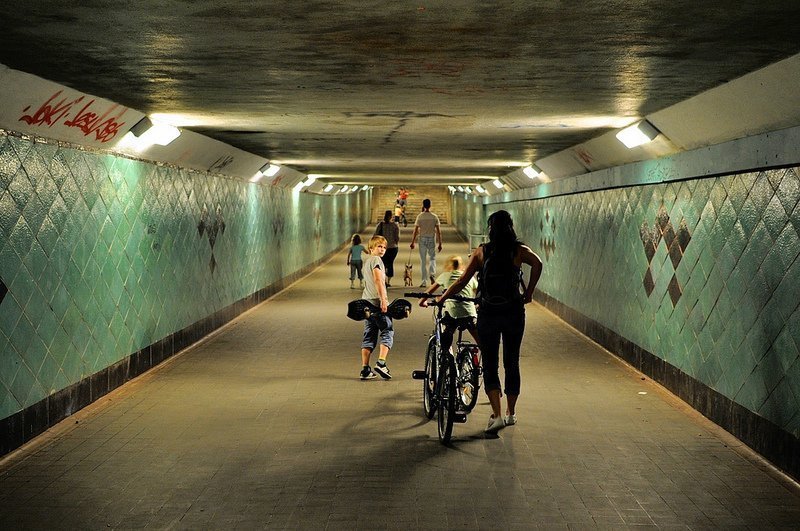 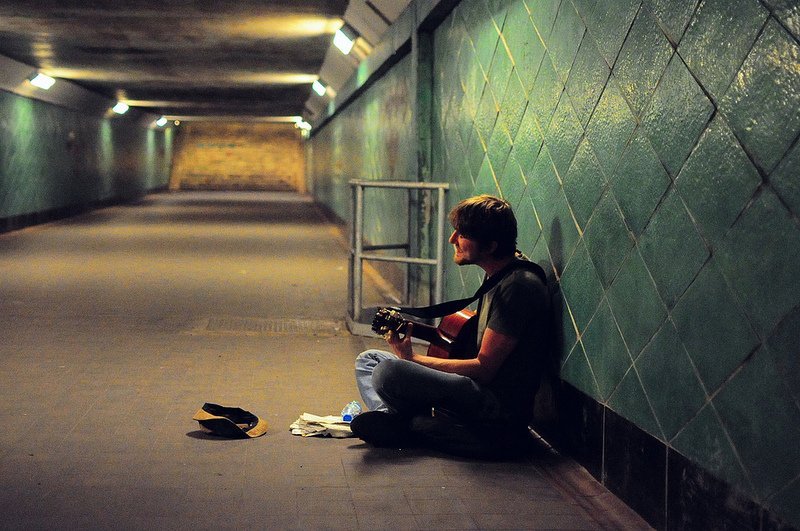 Not much has changed though since the first Berliners headed out to into the wild green yonder.The müggelsee has lost none of its allure, and in the 86 years since its construction the masses still flood through the tunnel. While the Spreetunnel has the optical charm of a U8 Subway Tunnel – it’s a hidden architectural and structural gem. 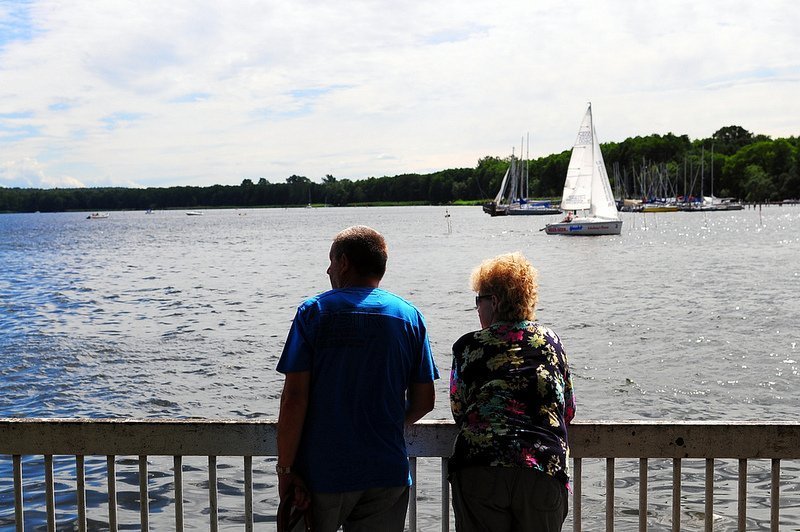 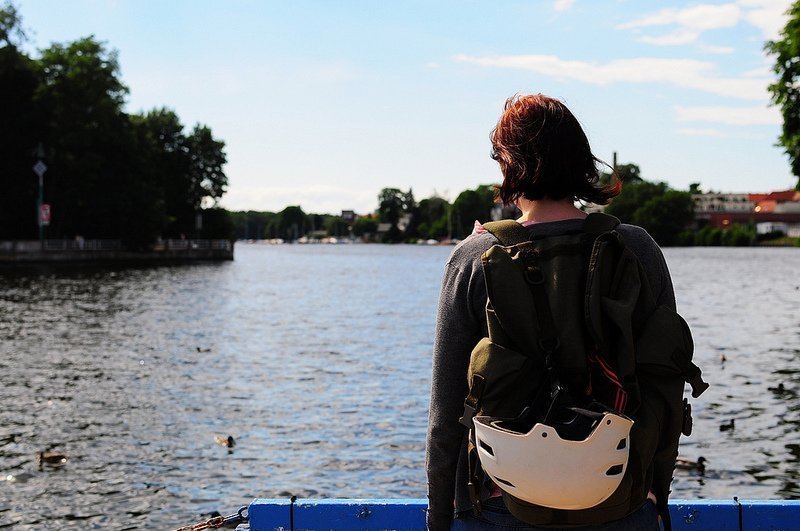 The boat traffic on the spree is no longer dominated by coal and industrial freighters, and the former ferry docking station now gives cyclists an opportunity to rest their weary legs and enjoy a cool beer. 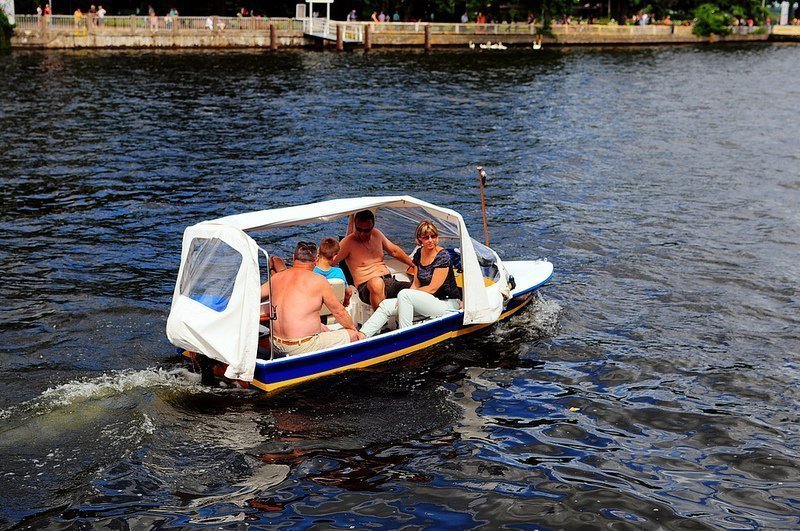 While there is an S-Bahn which brings you within very short walking distance to the Spreetunnel – it is best to cycle here and enjoy the fantastic scenery . For those who wish to go for a swim, the quaint (and free!) Strandbad Müggelsee, which has an equally impressive history – is just a short 15 minute bike ride away.