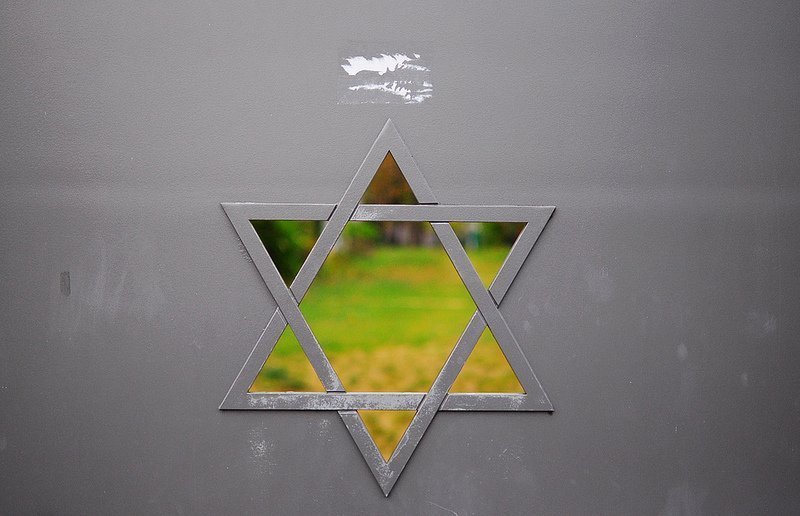 Der Judengang. The word sounds a lot harsher than it most likely means to be. That might be because of the German Language or the German oversensitivity.  While I had heard and seen several streets been named Judengasse (the name for the Jewish Quarter) in Germany before, I had never heard of the term Judengang before. Contrary to what one might think, the Judengang dates further back than the 1930s. 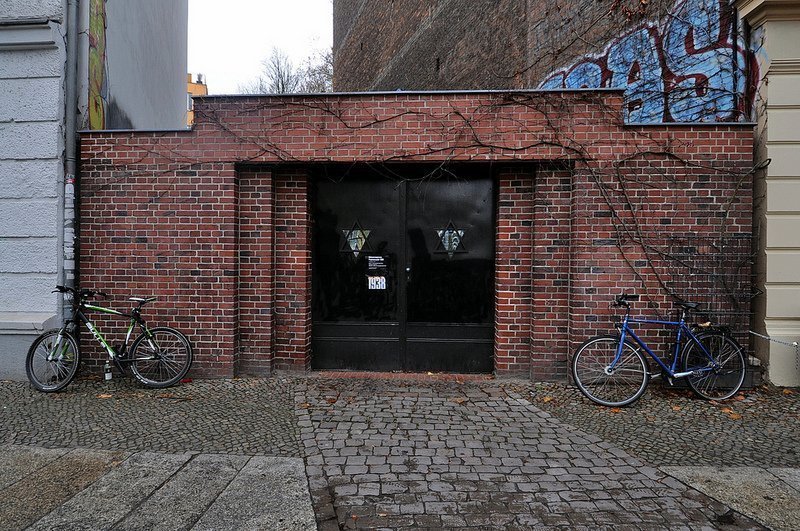 The Jewish Cemetery at the Schönhauser Allee dates back to the year 1824, when the businessman Wilhelm Gotthold Büttner sold 5 hectares of land to the Jewish Community – which used it to establish an orphanage and a new cemetery. The Cemetery was officially consecrated by the Rabbi Jacob Joseph Oettinger on the 29th of June, 1827. Until 1880, all Jewish residents of Berlin were buried here – and as the city was rapidly expanding, a newer and larger Cemetery in Weißensee was established. 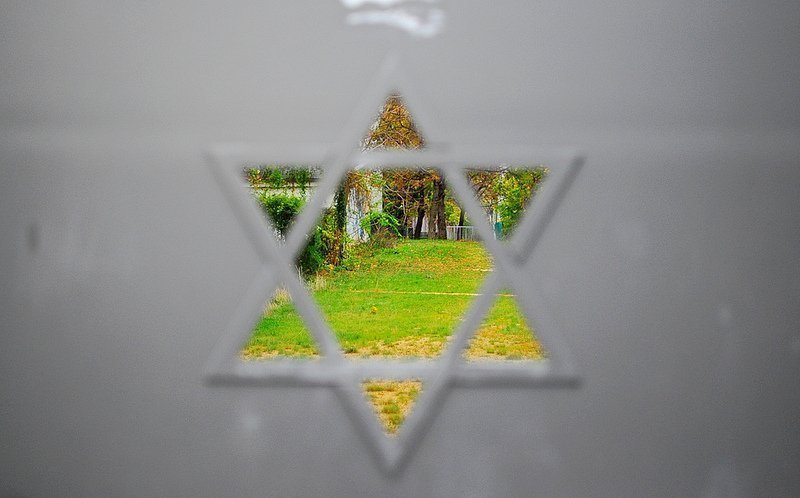 On the outer side of the cemetery , between the south-eastern boundary wall and the courts of the adjoining buildings – a 7 meter wide and 400 meter long passageway – The Judengang – extends between the Senefelderplatz and Kollwitzplatz. There are various legends as how the Judengang came into being, though one of the most interesting ones traces its origin back to King Friedrich Wilhelm III. Every time the King set out to visit the Schloß Schönhaussen, he passed by the Jewish Cemetery, and every time his carriage had to wait until the funeral cortege passed by. The fact that he had to wait enraged him so, that he forced them to build a side entrance into the cemetery so that their paths wouldnt cross anymore. 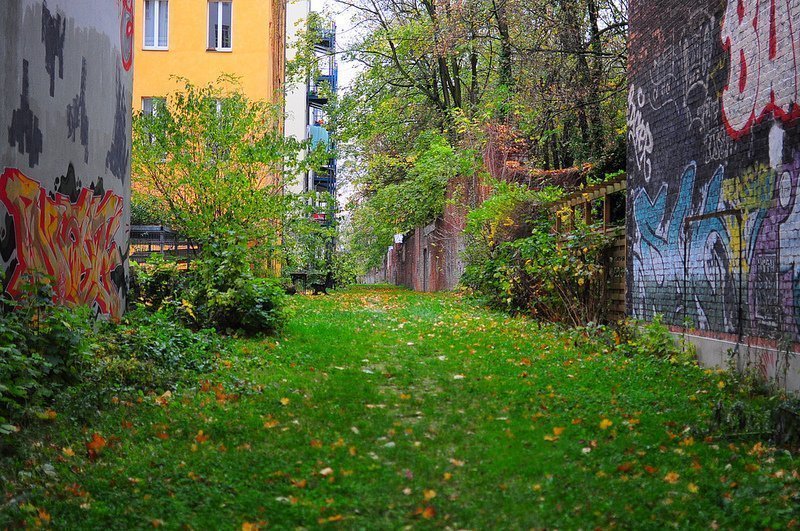 The other explanation as to why the Judengang exists, was that it was part of the traditional burial ritual as stated by the Halakha (the collective body of religious laws), though the story involving Friedrich Wilhelm does add a more dramatic twist. 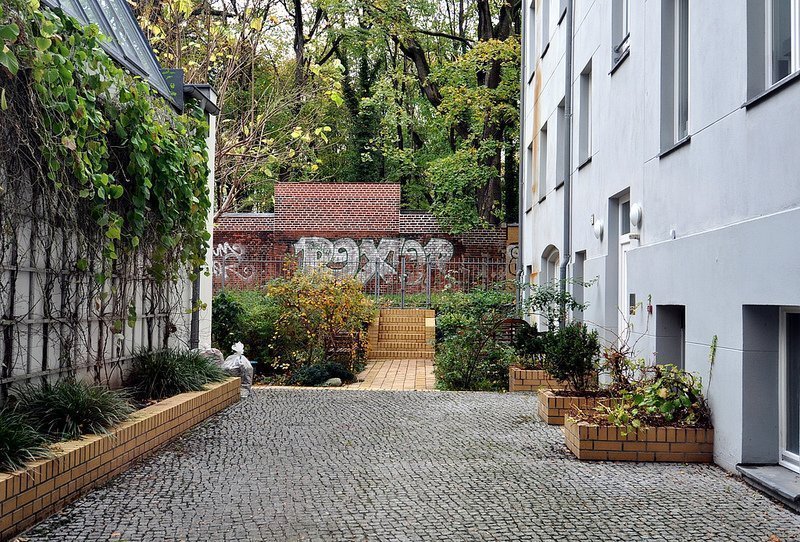 The space which was annexed by the Nazis, was divided and converted into gardens after the war. The Judengang was renovated in 2003 and the neighbors had to give up their gardens, but they (successfully) rejected the proposal that the pathway should become publicly accessible. The Communities came to the agreement that the land would become a “semi-private green space ”

Though there are gates at both ends, the entrance is located in the Knaackstraße 41 on Kollwitzplatz and is only open to the public during for guided tours. 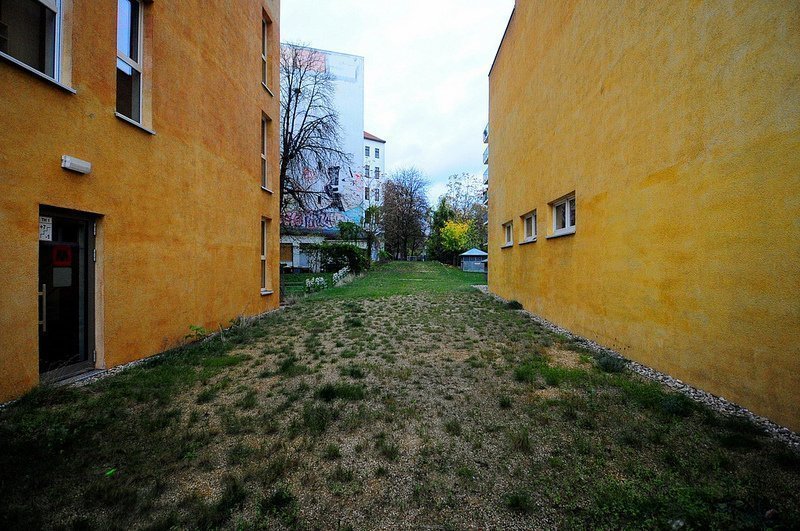 While there isn’t much to see, it was an interesting experience. Despite living just around the corner, I had never noticed the gate before. As soon as I stood in front of it, peering through the Star of David, several people stopped next to and started chatting about the passageway. 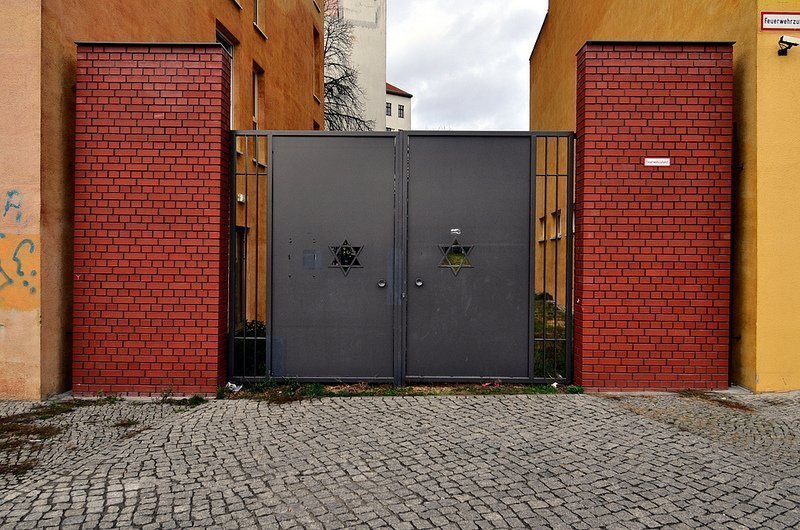 Its definitely worth visiting Jewish Cemetery at the Schönhauser Allee – and once you are there you might as well  walk around the corner and peer through the gates into the Judengang. Though the gates might be closed (unless you are doing a tour), a sneaky way to get a better look is to walk into one of the courtyards of the neighboring houses.  If you do visit the Cemetery, make sure to walk to back of the wall, where you’ll spot the small back entrance gate into the Judengang.