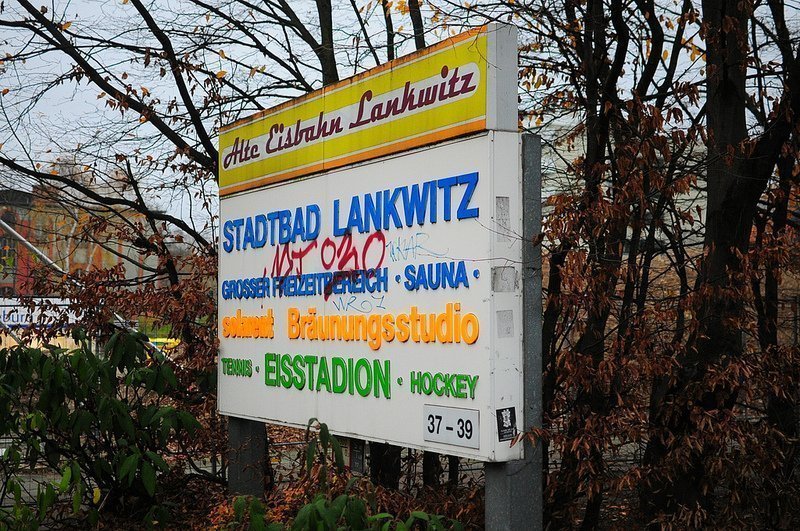 Winter is coming. As the temperatures slowly dip into the negative digits, a many Neu Berliner begins to regret living in this city. But Berlin comes into its own when the frost settles in. Christmas markets and Glühwein stalls pop up on every corner, the streets feel less crowded, the snow covers the cities dirt (cryogenically freezing the dog shit until April) – and the public Ice Skating Rinks open again.

Form the Eisstadion Neukölln to the Erika-Heß Eisstadion in Wedding, there are a plethora of ice skating rinks to choose from, and each have their own charm. A quick Google search for “Berlin schlittschuhlaufen” quickly throws up several top 10 lists for the best place to go ice skating, and the Alte Eisbahn Lankwitz consistently ranks on top.

Built over 30 years ago in Lankwitz (thats in Steglitz-Zehlendorf) the Alte Eisbahn was part of a larger sporting complex which housed (and still does) a public swimming pool (Stadtbad Lankwitz), a sauna, a solarium, as well as a tennis and football pitch. The Eisbahn was closed in the mid 1990s for several years, until it was bought up by the Ice Business AG and reopened in 2000. 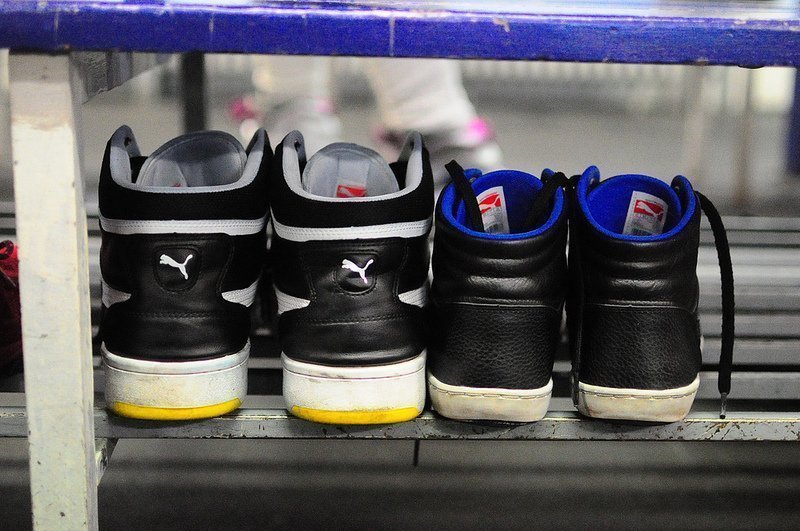 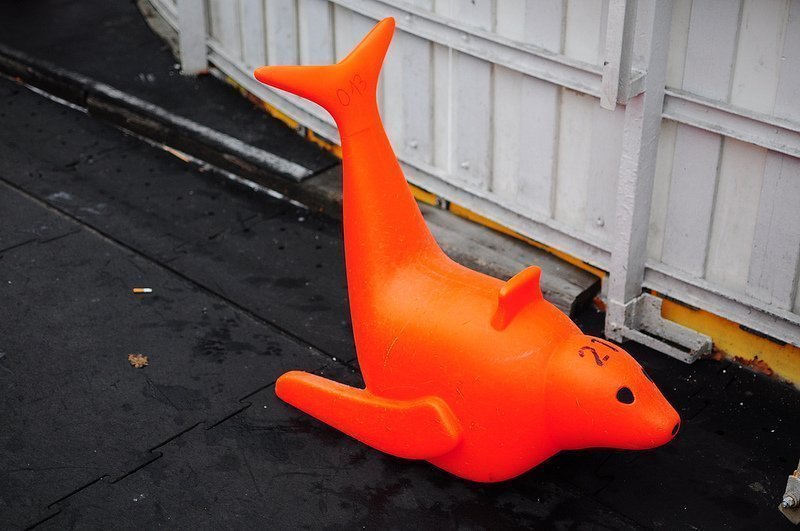 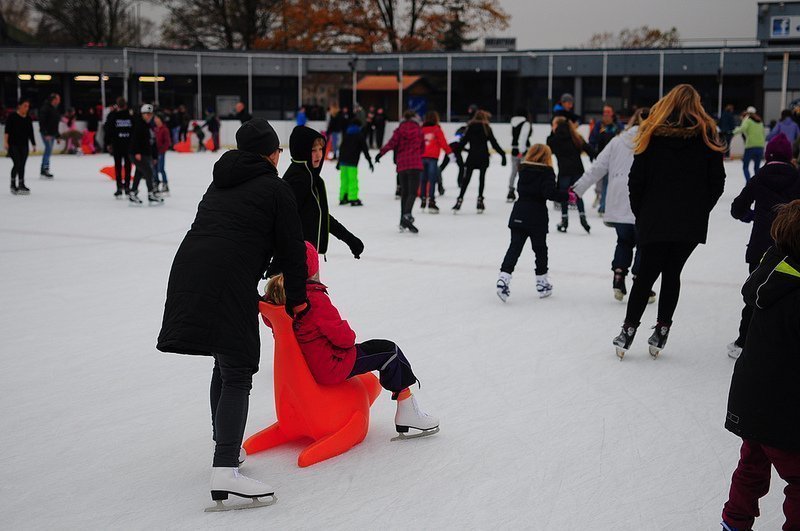 If first impressions would count – one would probably turn around rather quickly and head back home. The whole place looks rather run down, and the giant building site next door doesn’t really give off the impression that the place is open. On the other hand, the crowded parking lot and throngs of people with skates in their hands are proof enough that the rink is still up and running.

Adults pay €4.50 – while kids pay €3.50 entry fee. If you’re in need for a pair of skates, that will set you back another 4 euros. Interestingly enough, once you’ve paid to get in – you can stay as long as you want. There is one “changing room” where you can pick up your skates and take off your shoes. Some people choose to rent a locker (€1 +€5 deposit), but most people seem to be content with just placing their shoes under the bench. We did the same, assuming it would be more of a punishment for the thief if he took off with my stinky shoes. 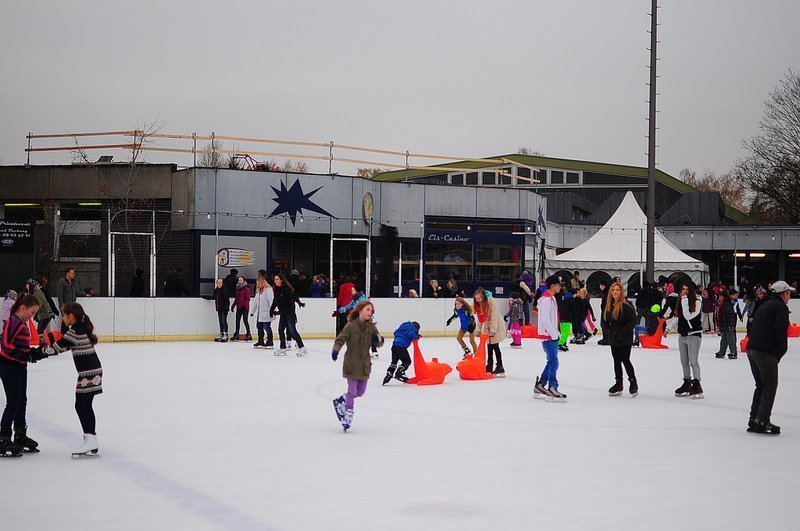 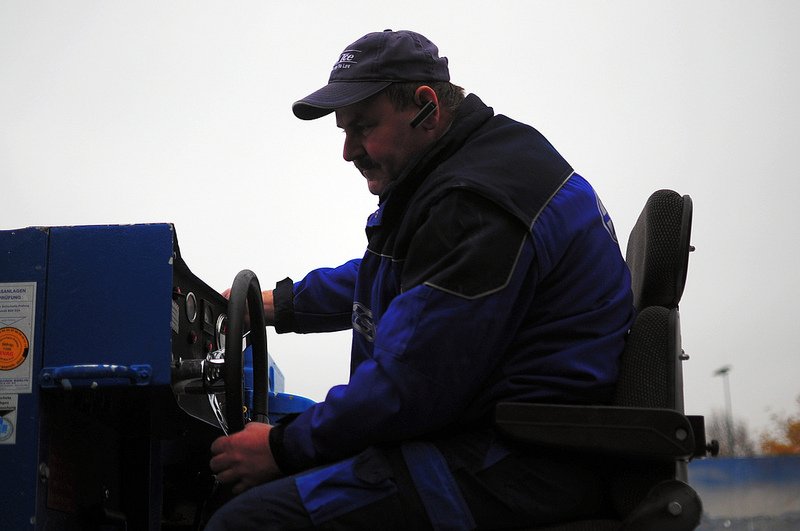 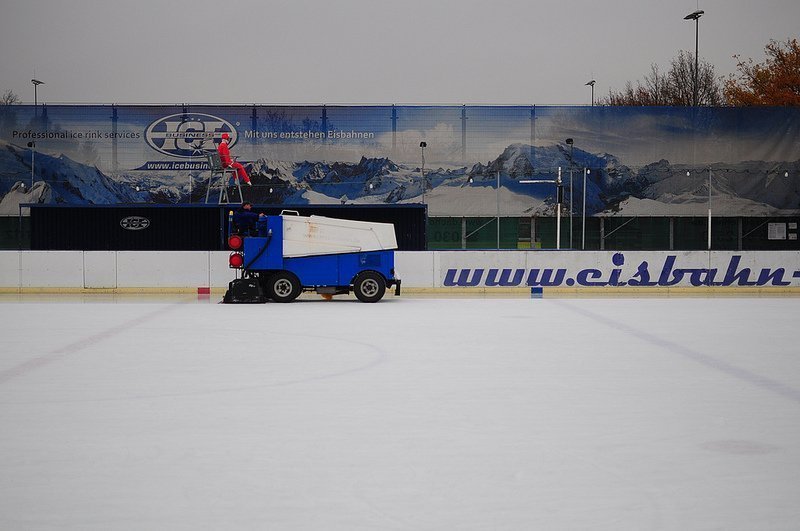 The whole thing seems like a very local affair – lots of parents with their kids, and local youths trying to impress the girls. Theres a strong smell of coconut scented hair gel. The whole experience is similar like going to a German pool. It seems like absolute chaos – but order reigns supreme. Surprisingly few people fall – and there aren’t any collisions. That also might be down to the fact that everybody is forced to skate in a counter-clockwise circle – and if you dare go against the system, a member of staff pops up out of nowhere reminding you to please stick to the counter-clockwise circles.

Families with young children can rent some cute looking orange “seals” which you can either sit them on and push them around in (like a human auto scooter) or they can use it as a skating aide.

Having shelled out +8 euros, one feels obligated to get ones money worth. While we were at the verge of getting bored, the Zamboni forced us off the ice for 15 minutes. The perfect chance to grab something to eat – and what better thing to order than some pommes and a fanta. After the Zamboni does its job, everyone rushes back onto the fresh ice to enjoy the first and last minutes of seamless skating. 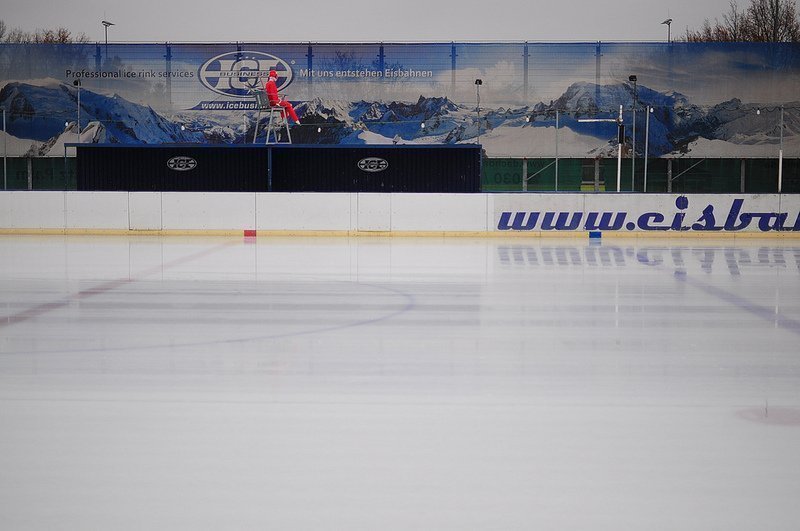 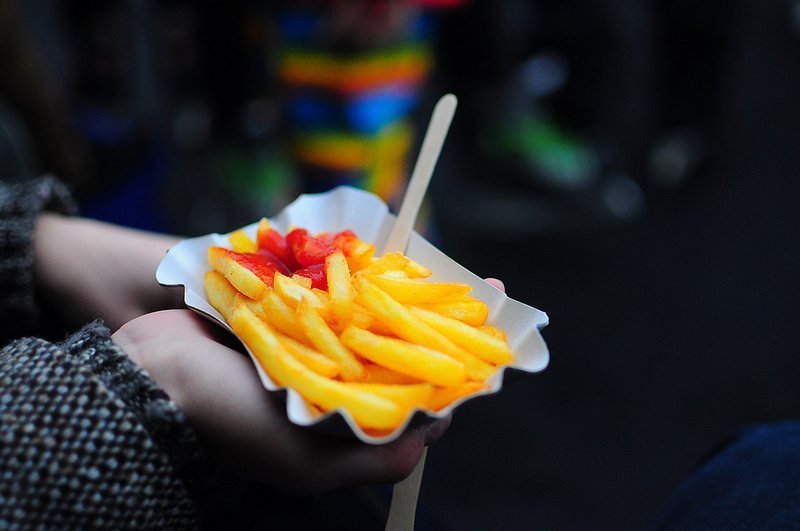 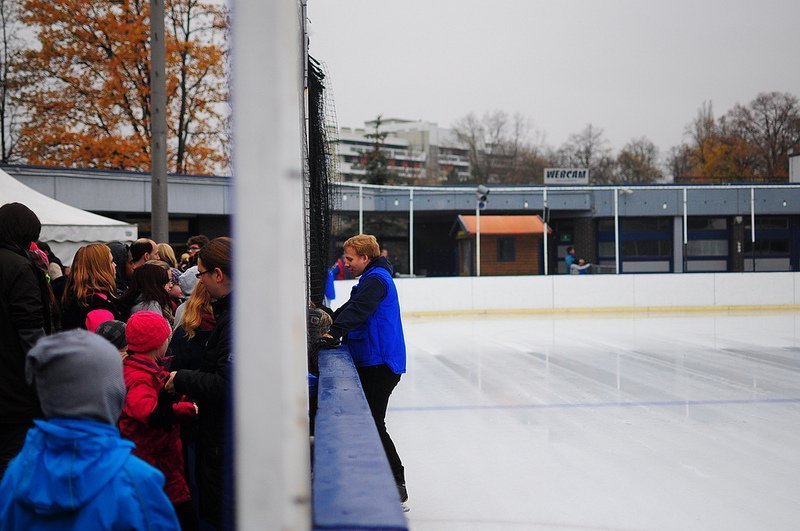 If you’re suffering from cabin fever during the long cold winter weeks – then head on down to the Alte Eisbahn Lankwitz. While the location and surroundings might not be pretty, skating a few rounds outside in the fresh air and enjoying some pommes, or crepes and glühwein will do wonders against the winter blues. For all prices and other infos check out their website – they even have a webcam!