I spent last winter back in Moscow again with my family and through a stroke of luck I managed to find the Buran Space Shuttle – well at least one of them (there were 5 of them, OK-1K2 Ptichka, OK-2K1 Baikal, Shuttle 2.02 and Shuttle 2.03). Ive always had a slight obsession with Russian Spacecraft (hence the name of this blog and my twitter name) and ive been following the story and whereabouts of the various Buran Space Shuttles for a while now. I first came across the possible location of one of them through the website englishrussia.com , a truly awesome website filled with oddities from Russia.

The Mystery of the Buran Space Shuttle

It was documented that one of the Buran Space Shuttles was sold to a scrap shop somewhere in Moscow – and parts of it are rotting somewhere in a back alley.  The Buran 1.01 – The only one which was fit for active space flight was parked in Baikonur – Байқоңыр in Kazakhstan, when on the 12 of may 2002 the roof collapsed (due to poor maintenance) killing 8 people and destroying the Shuttle.


Various parts of the other Buran Space Shuttles have been seen far and wide in Russia and further east, ranging from various scrap yards and hospitals (yes hospitals, apparently the command unit of one of the Buran Space Shuttles, or previously unfinished Buran Space Shuttles was dumped and left in front of a hospital, which they ended up reusing as some compression chamber). Ive heard more rumors and possible sightings than there are actual Burans (and test models) – but ive rarely seen any confirmed pictures (aside from the one mentioned above hidden in a scrap yard. Through the help of a Russian blogger I managed to find the location on google earth, but that’s another story).


So back to the Original story. On a deadly cold evening we decided to walk through Gorky Park when we, by pure accident stumbled upon one of the Burans. There it stood, without any protection or fencing around it.The only problem was that there was a good 3 feet of snow lying on the ground, and it was -30C outside. Walking up to the Buran Space Shuttle was slightly more difficult than anticipated as only parts of the snow were dense enough to walk on – one wrong step and you’d be stuck hip deep.


The pictures are a bit blurry as digital cameras really don’t like the cold. 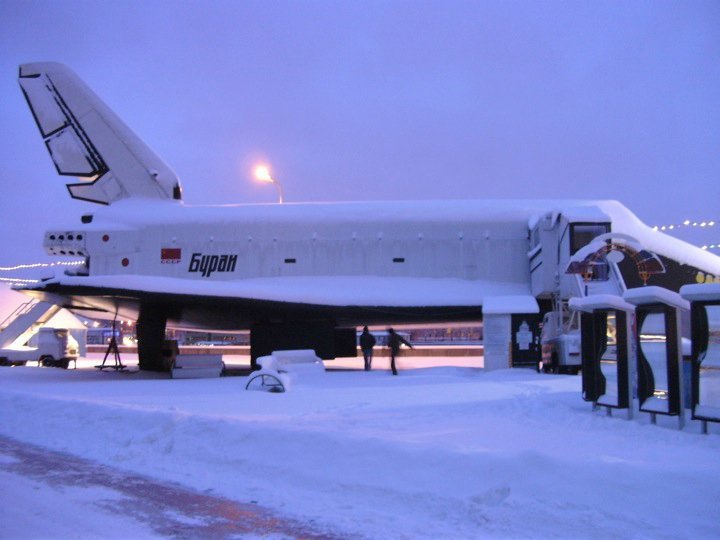 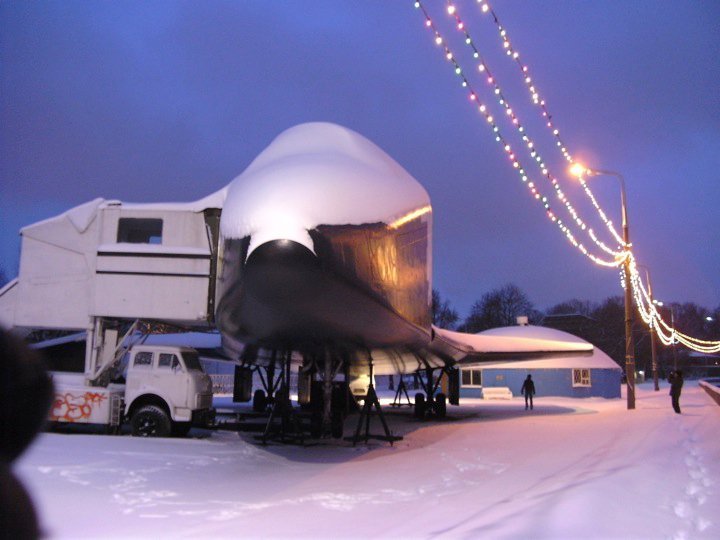 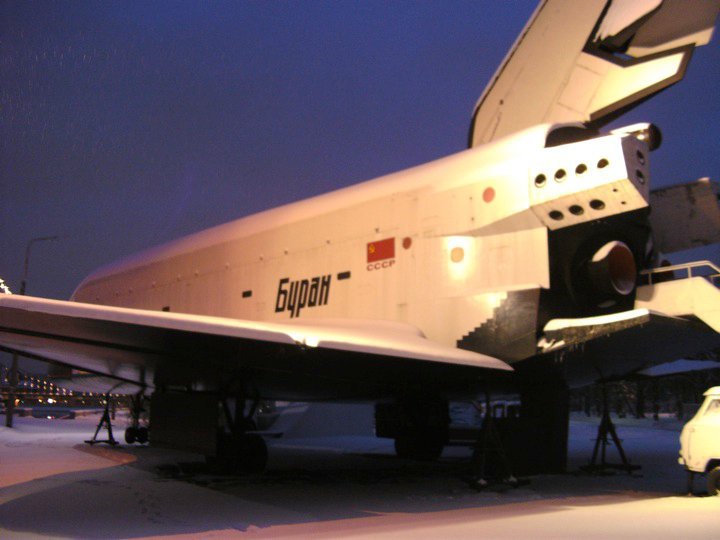 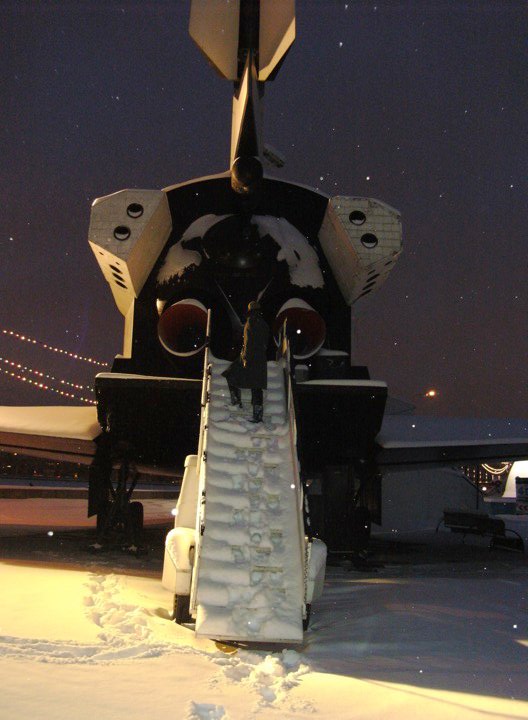 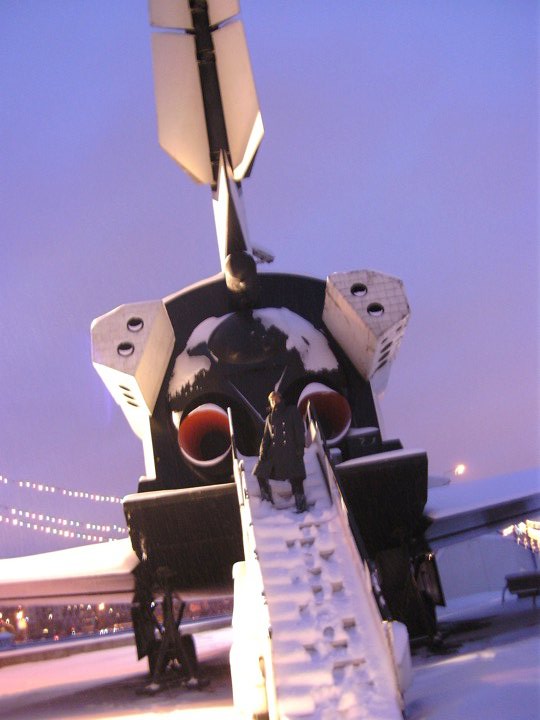 So while the above picture was taken, a jeep with 2 Russian Militia guards stopped right next to us and started shouting something in Russian. They didn’t look too happy and were wildly gesticulating for us to leave. The few words that we could make out weren’t very friendly, so we decided to pack up shop and head towards the exit of the Park.

After a bit more research, it turns out this Buran Space Shuttle was actually a Test shuttle, and after the Buran Program was canceled in 1993, a business man “acquired” the shuttle and intended to make A flight simulator out of it. Corruption and Poor planning killed off that idea pretty quickly leaving the shuttle to rot in the park.

Here’s a nice little link to Google Maps – You can clearly see the Shuttle, theres even a streetview of it! Dont forget to swith to satellite view.