Marzahn. The last Bastion of old Berlin. Cold, Ugly, and Unwelcoming. Plattenbauten as far as the eye can see.

You’re not going to see any hipsters flocking over here in droves (even though the rents are still legendary cheap) as the area is known to have a rather xenophobic image and is more commonly known as a ghetto (statistically it has one of the lowest crime rates in all of Berlin though!). Not long ago foreigners were even warned not to venture into the area. Lovely. 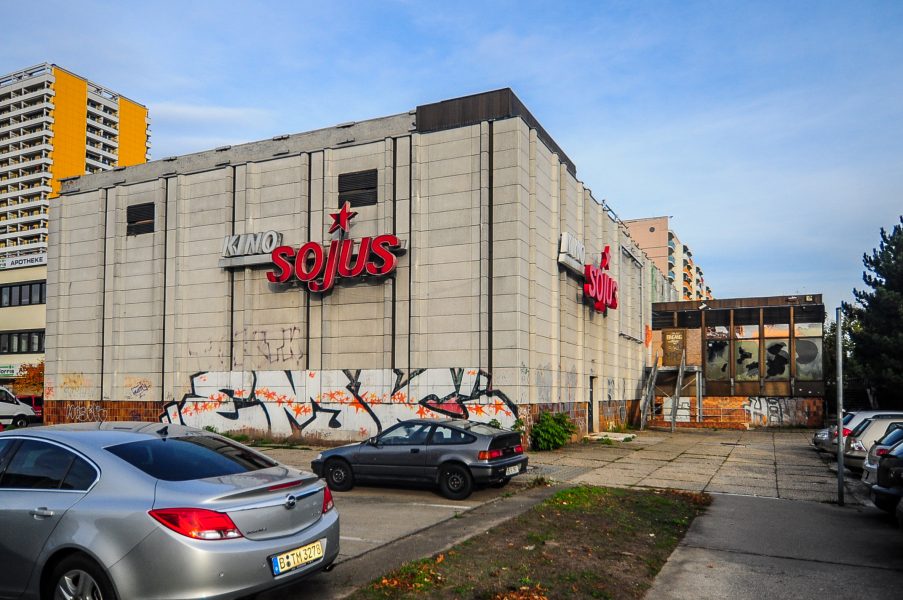 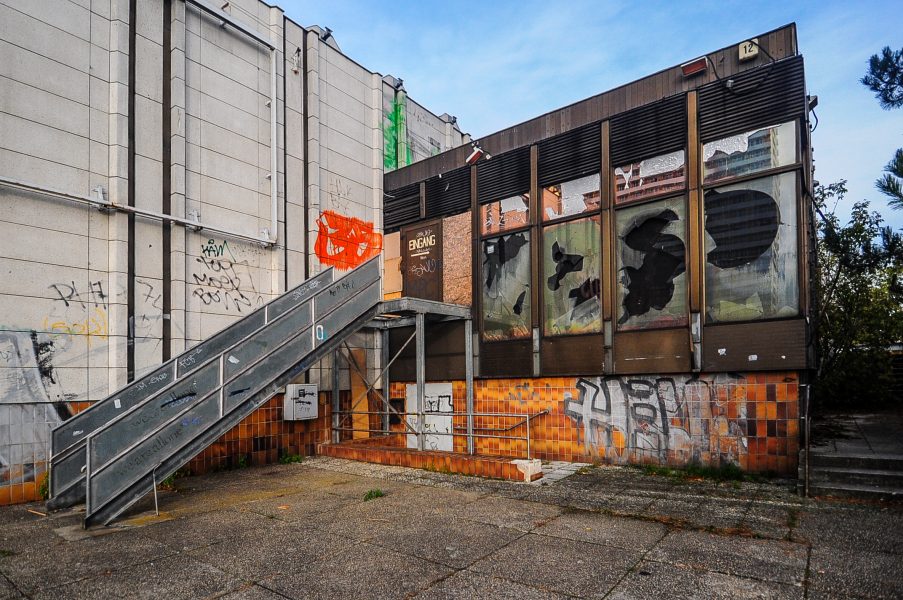 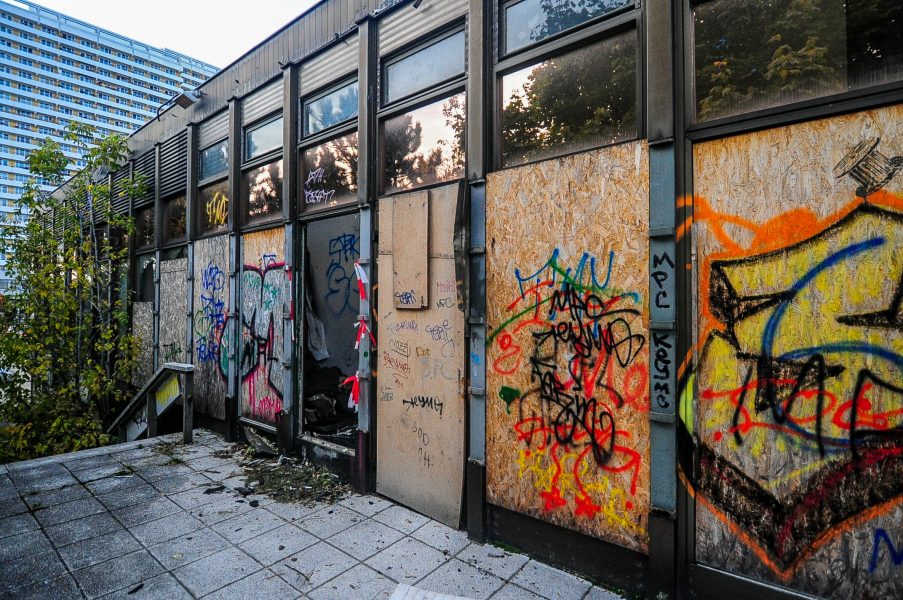 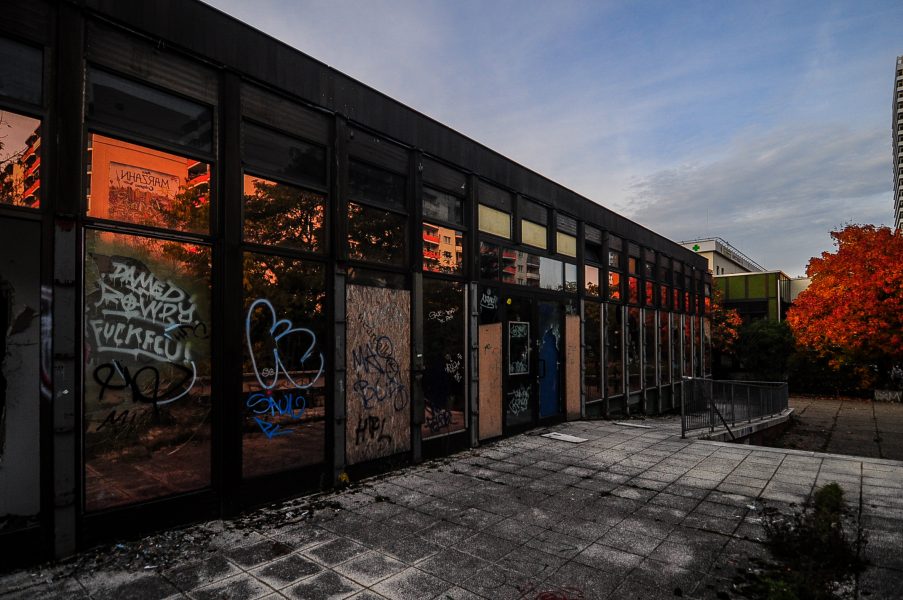 So what would bring anyone to visits this part of town? Well 2 things as a matter of fact. Marzahn has a section which is named after all things related to space – I mean Kosmos. They have a street called “Allee der Kosmonauten” which I had been dying to photograph for 2 years, but until now never found a good enough reason to go there. The other reason was that we were on the lookout for an abandoned Cinema, and we found one – the Kino Sojus. Turns out this wasnt the one we were looking for. Nevertheless we went in and checked it out. Aside from dead pigeons, rats and tons of pigeon shit there was hardly anything worth seeing inside. 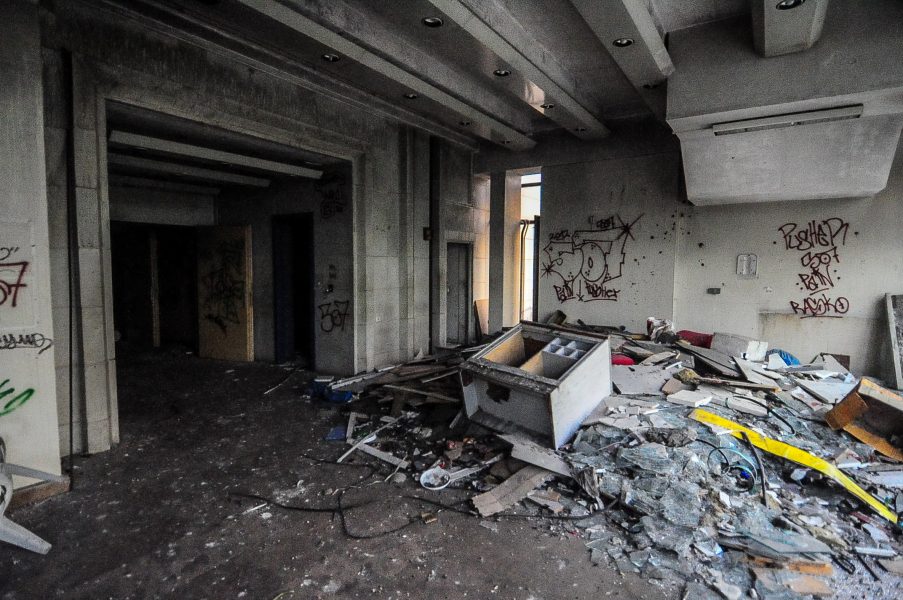 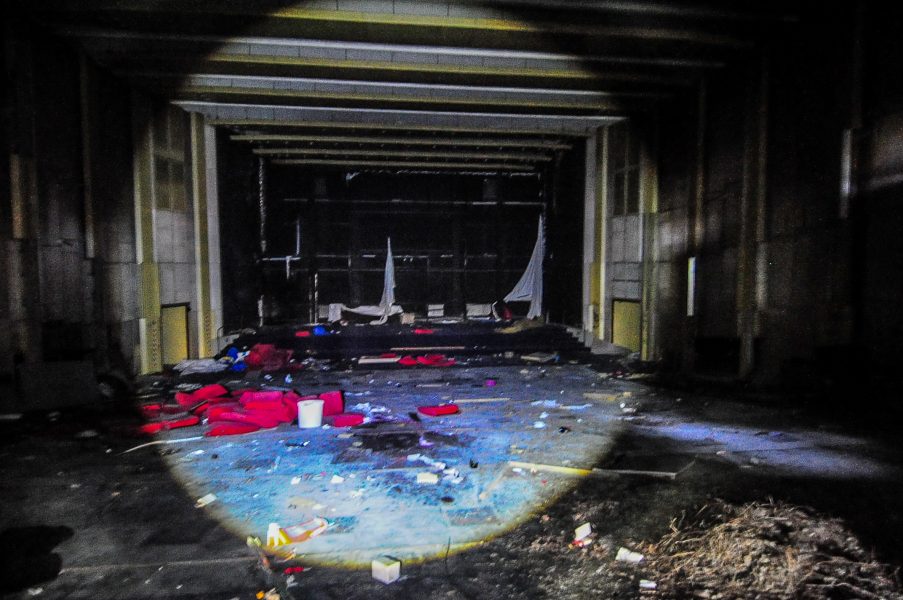 East Berlin was suffering from a chronic lack of adequate housing in the in the late 1960s, so the SED (the socialist unity party) decided  to remedy this by building a “modern” housing estate in the somewhat empty and desolate area of Marzahn. Construction of the Plattenbauten began in 1977 (it only took 110 days to completely build an 11 Story Building) and until its completion in 1979, over 4000 appartements had been built, making it the largest housing estate in all of East Germany. Every housing estate needs facilities to keep the workers docile and entertained, so on the 30th of April 1981 the Kino Sojus was opened. The legend goes that the construction of the cinema was only approved because Erich Honecker (the other german dictator) needed a large venue where he could hold a speech. 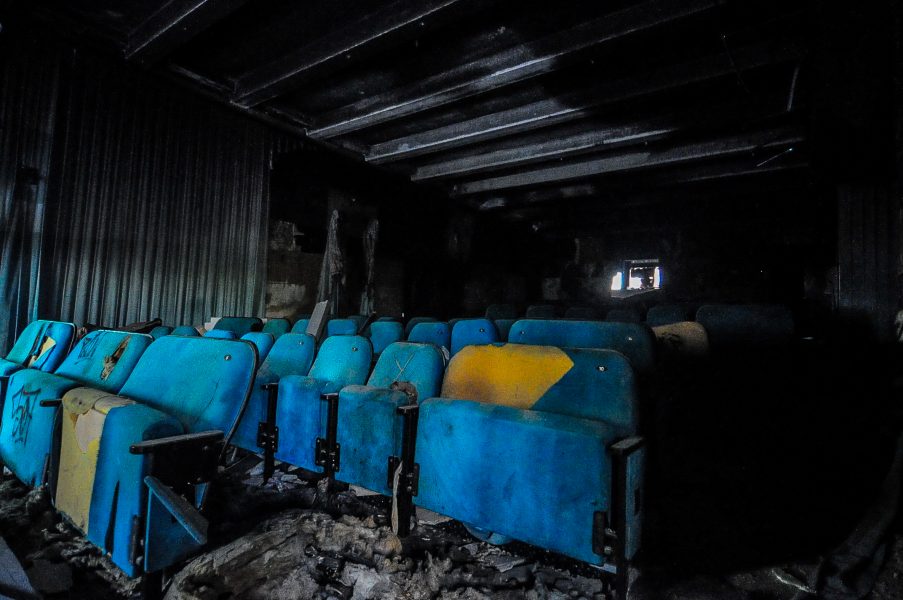 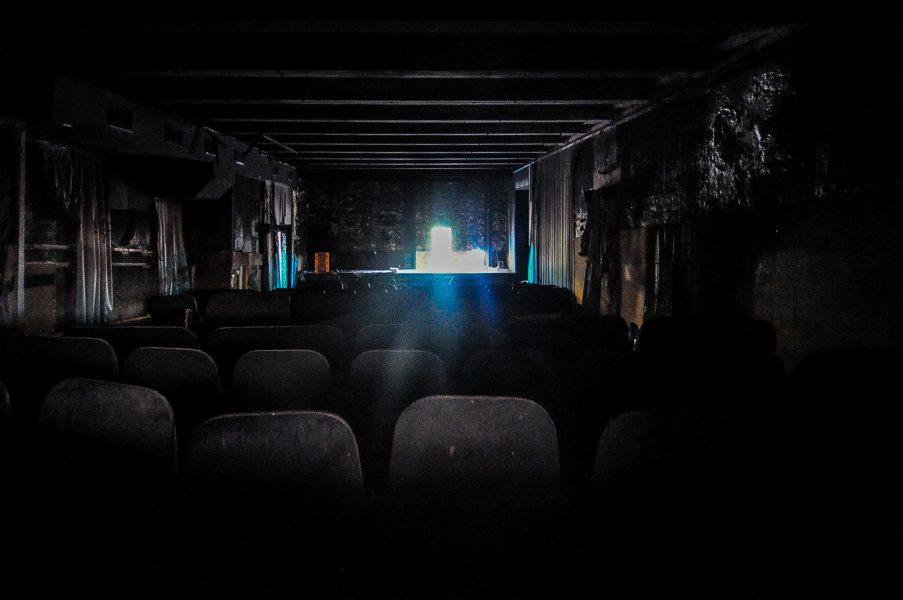 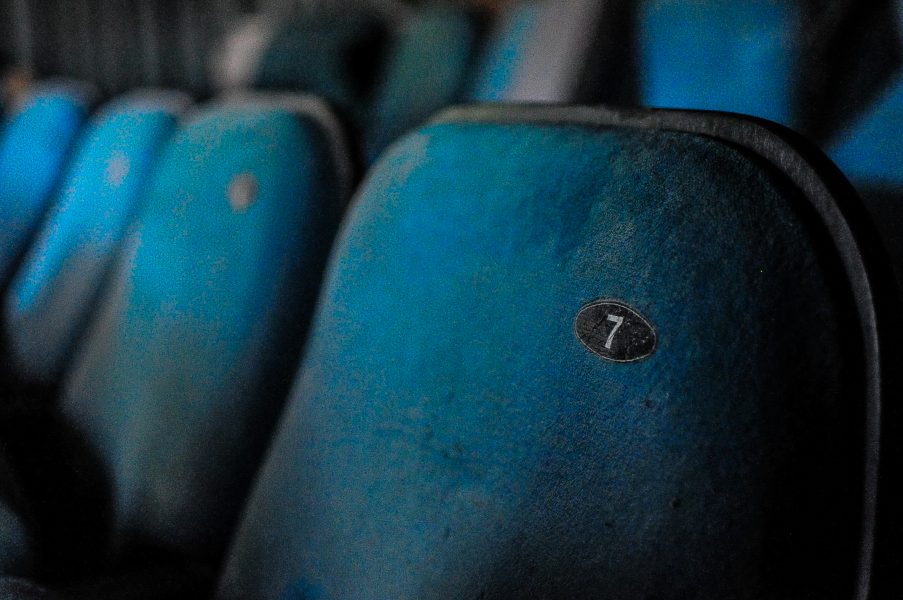 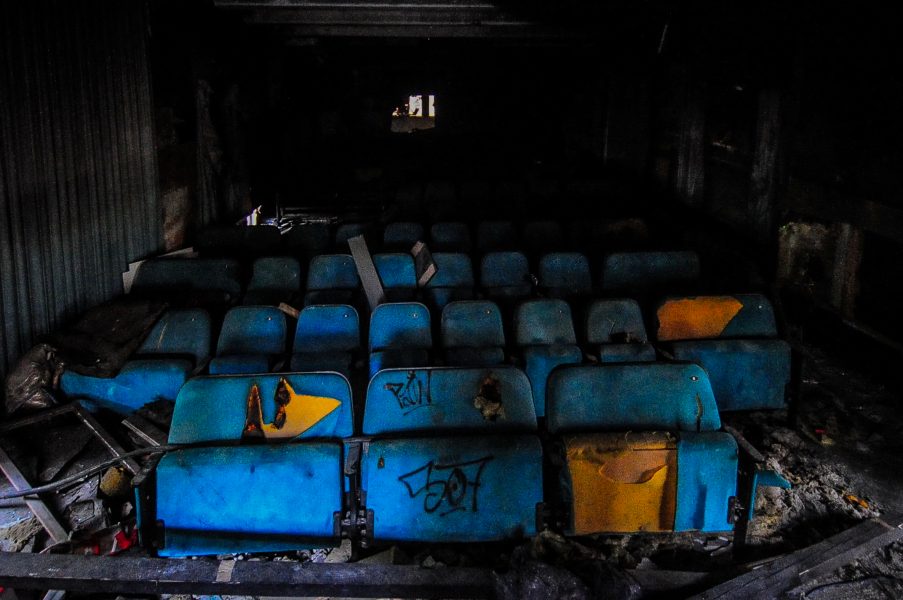 When the Kino Sojus initially opened, it only had one screen ( but in 1992 when the ownership changed and the UFA took over – it added another 2 screens in 1995)

After the wall came tumbling down, the Cinema came under ownership of the legendary Ufa-Theater AG. Sadly the UFA AG ran into some financial problems as it couldn’t compete with the new Multiplex theaters and was forced to shut down the Kino Sojus in 1999 (The UFA AG went bankrupt in 2002). The abandoned cinema didn’t say empty for too long though a Discount Cinema Chain from Hamburg took over the building. This proved rather popular for a few years as tickets only cost €1,99 (and on Tuesday only .99 cents) – but ultimately only postponed the inevitable. In mid september 2007, the Kino Sojus closed its doors for good. The defunct UFA was forced to sell off the property to an investor – who at this point hasn’t announced any further plans for the property, though it is widely accepted that the building is going to be torn down. 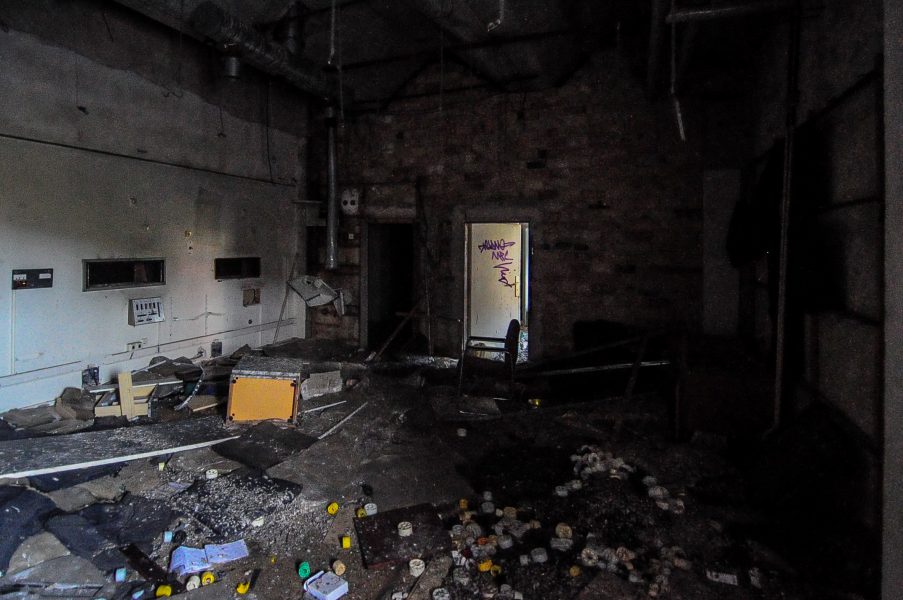 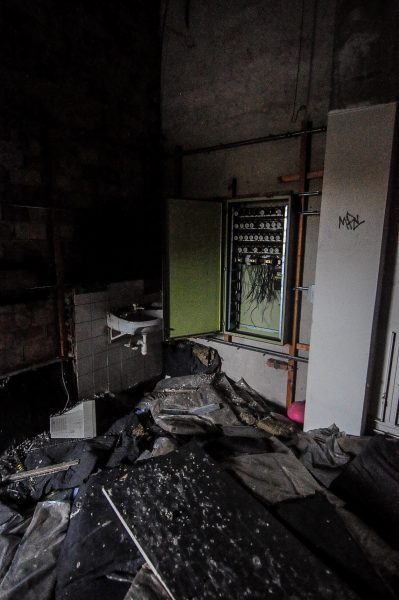 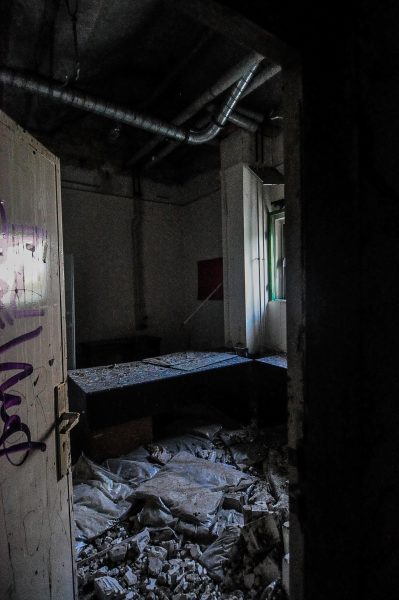 Despite only being closed for 5 years (at the time of writing), the abandoned cinema “Kino Sojus”  is in terrible condition. It apparently has been set on fire several times, and is filled with trash. Windows are smashed and holes have been ripped into the walls, thus making for a super easy entry (hence the rampant vandalism). There isn’t much to see, and the entire upper floor is inhabited by hundreds of pigeons (alive and dead) and covered in Pigeon shit. 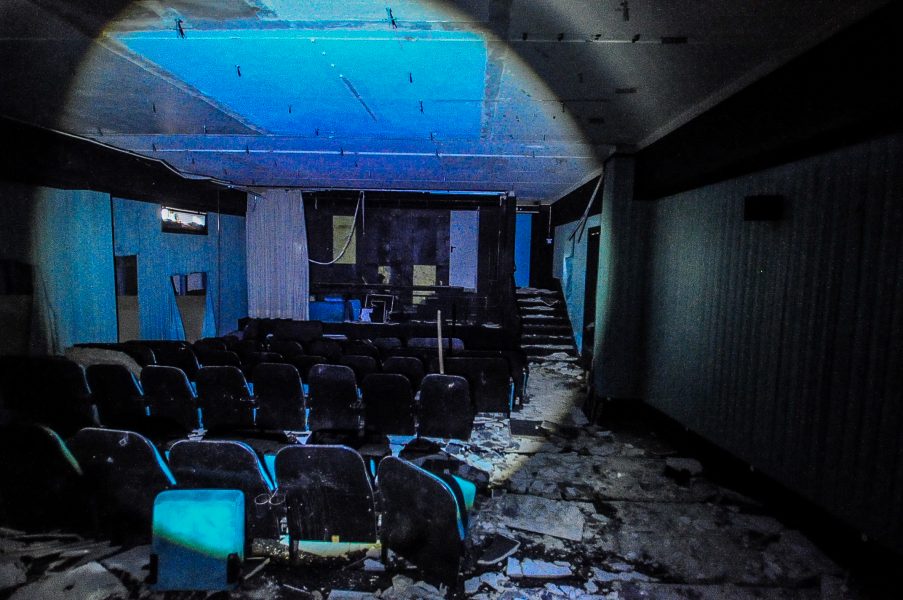 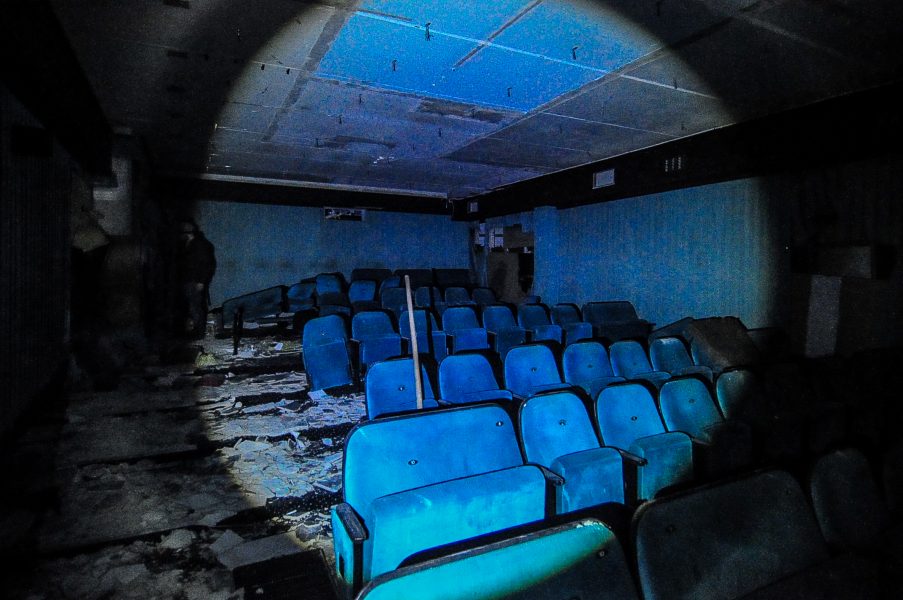 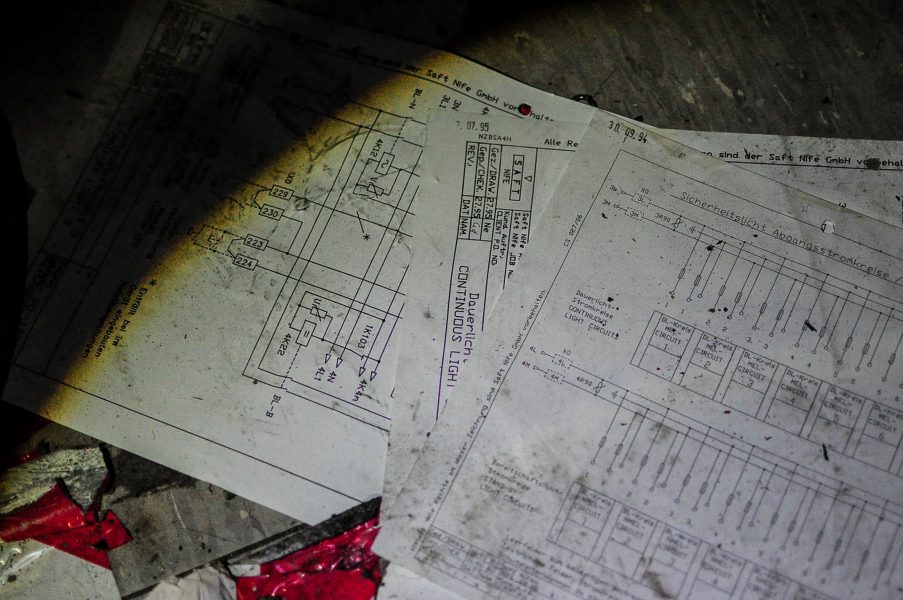 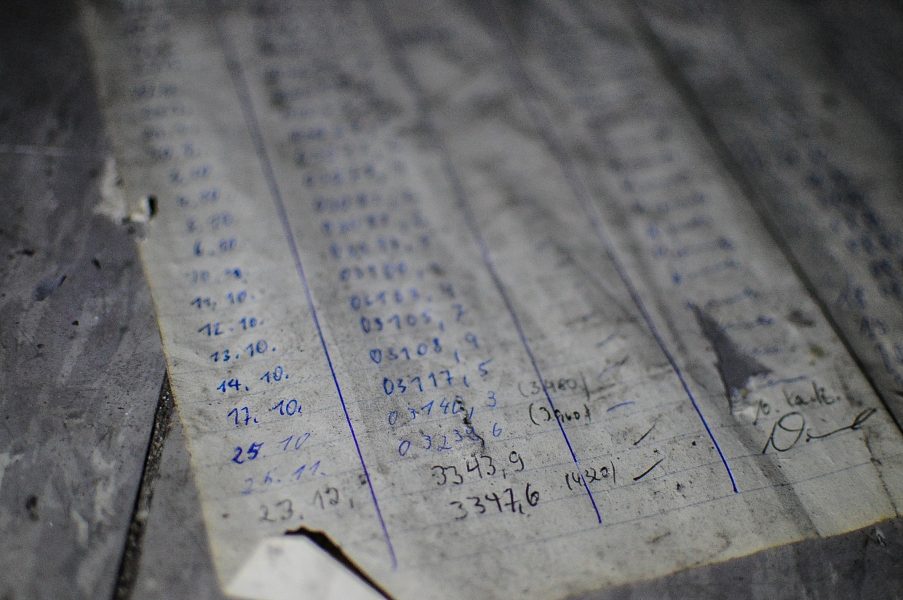 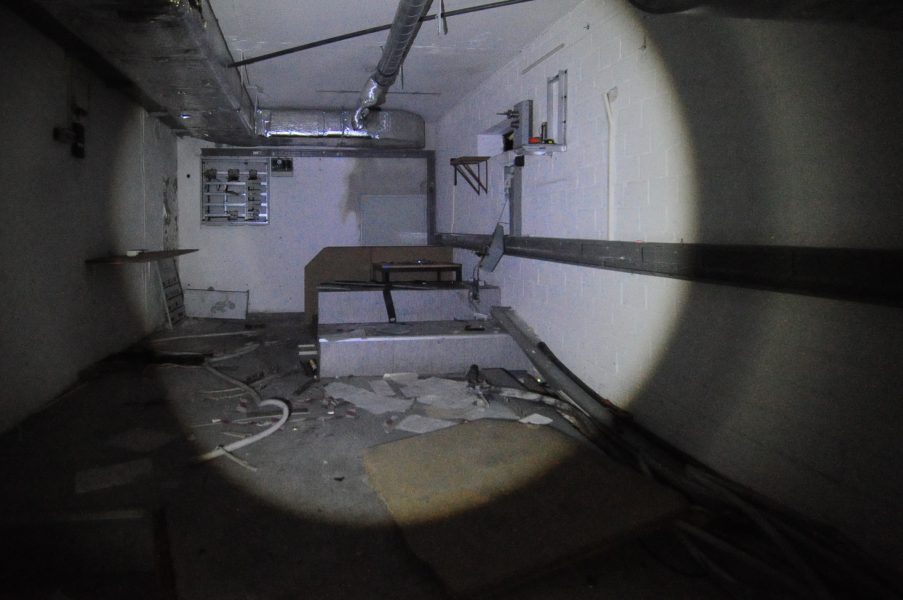 *Update* As of 2018, the owners have decided to tear down the Kino Sojus. by the year 2020, a 2500m2 , three story residential care home will be built on the property, including a supermarket and a carpark (to the tune of 10 million euros). While its a shame to see the building go – the only thing worth preserving at this point seem to have found a new home. The legendary signs of the Kino Sojus will be preserved – one will be integrated into the new building while the other will find a new home in the Bezirksamt in the Riesaer Straße. 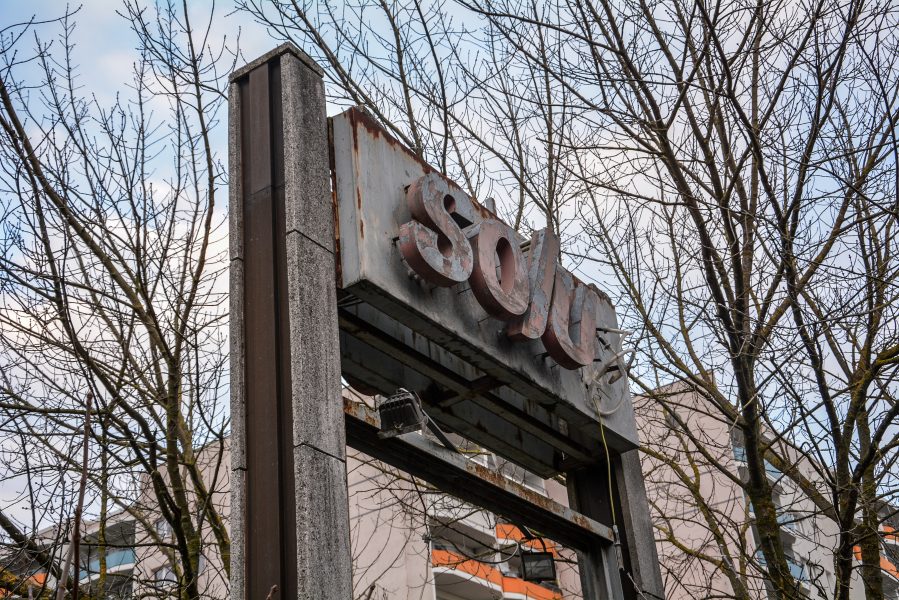 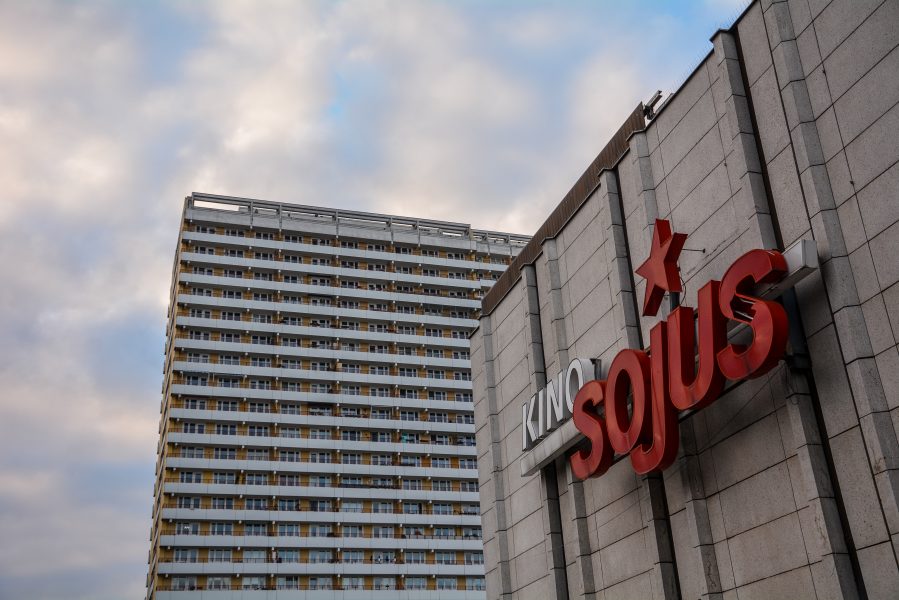 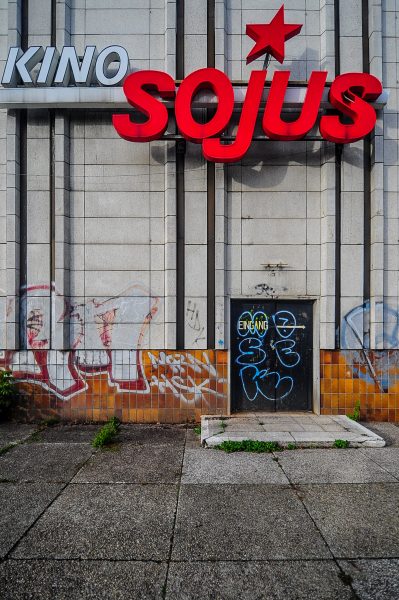