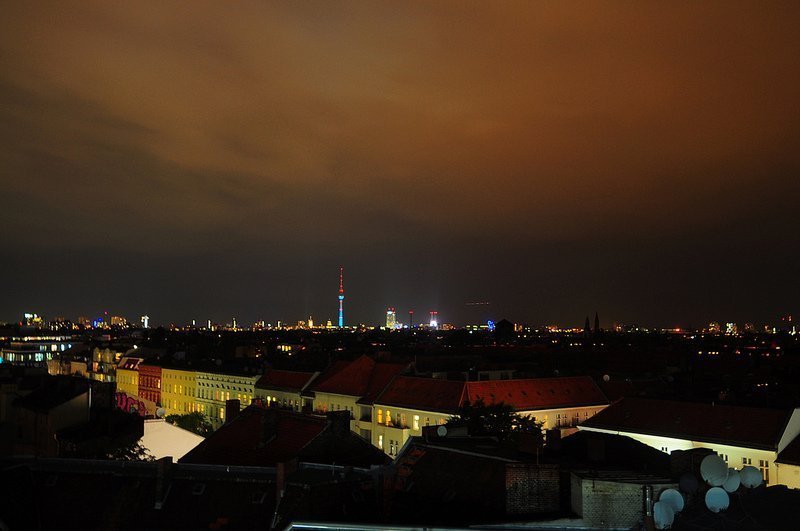 Since this piece was written in 2012 – the Parkdeck in Neukölln has been transformed into the Hipster Hangout called “Klunkerkranich”. While the views remain the same – the atmosphere aint the same. Personally I find this quite a shame as the Parkdeck was one of the best rundown places to enjoy the evening skyline. You dont need a shitty club to enjoy the view.

So my  journey continues to explore all the 111 Places in Berlin. At the rate that im currently exploring them, ill probably be done in 10 years, nevertheless I plow on. Nr 77 – The Parkdeck der Neukölln Arcaden was actually one of the easier places to visit, but I had always put it off as I needed more than just 1 reason to head down to Neukölln.

So while the festival of lights was on, I found myself with a free evening. A quick message to andBerlin and we were off on a “photowalk” to the Parkdeck of the Neukölln Arcaden.

The Neukölln Arcaden is a 27000 square foot shopping center in the heart of the District Berlin-Neukölln. Built in the late 1990s, it failed to make any significant financial gains so it was sold off to a new investor in 2002 and reopened in 2003. It currently houses over 60 shops, the Neukölln Library and a Cinema.

Great. So it’s just a bland shopping mall like any other in Berlin. But it wouldn’t be on this list if there wasn’t something “unique” about it. 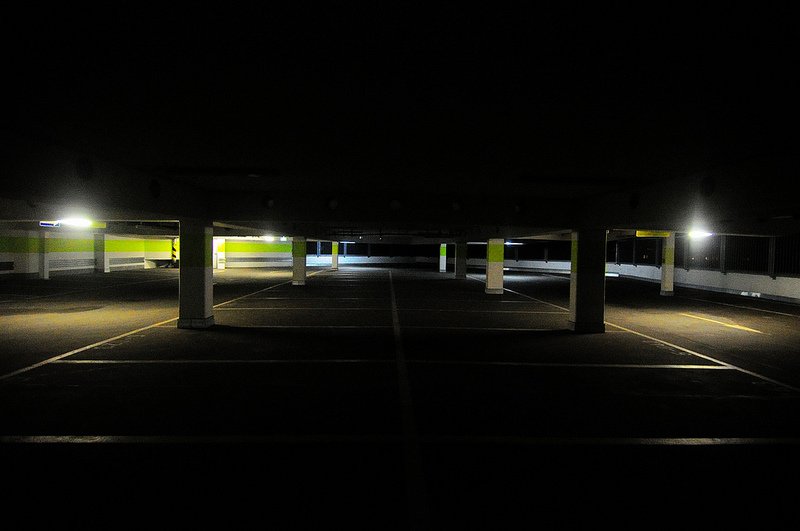 As the title implies this post isn’t about the Neukölln Arcaden, it’s about the Parking Deck which belongs to the shopping mall. From the top deck you have one of the better views over the City. As ive mentioned before – most things in Berlin are better seen form above (especially since there aren’t that many opportunities to get up high) and like all the best things in life, its free. 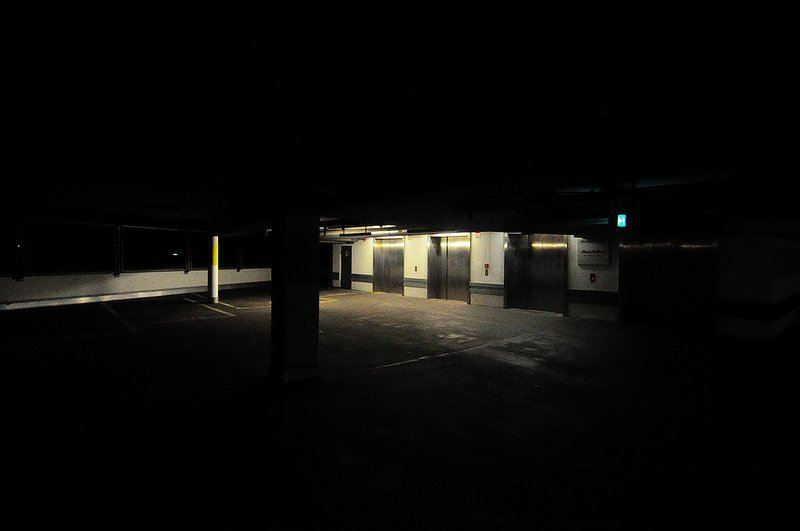 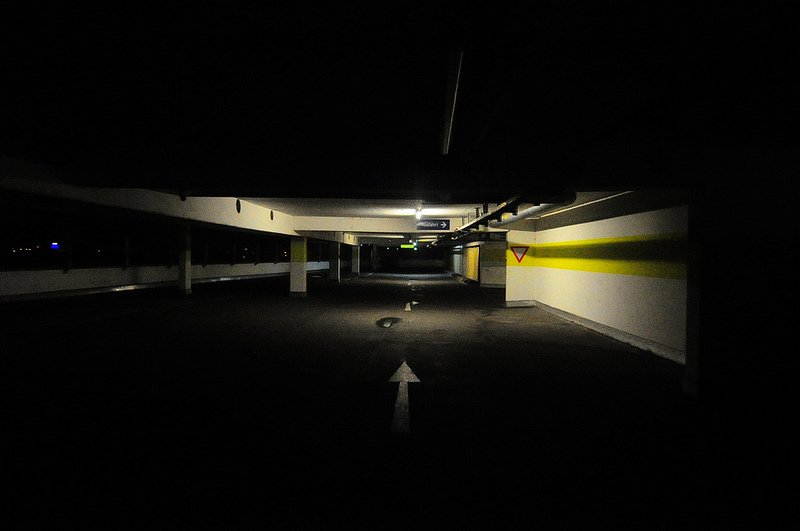 The elevator only goes up to the 5th floor of the parking deck, so you have to walk up the ramp to get on the 6th floor, but once you are there you are greeted with a terrific view over Neukölln and the rest of Berlin.  I would suggest visiting the Parking Deck just before sunset – this way you can enjoy the best of both worlds in terms of day/night and the beautiful sunset. 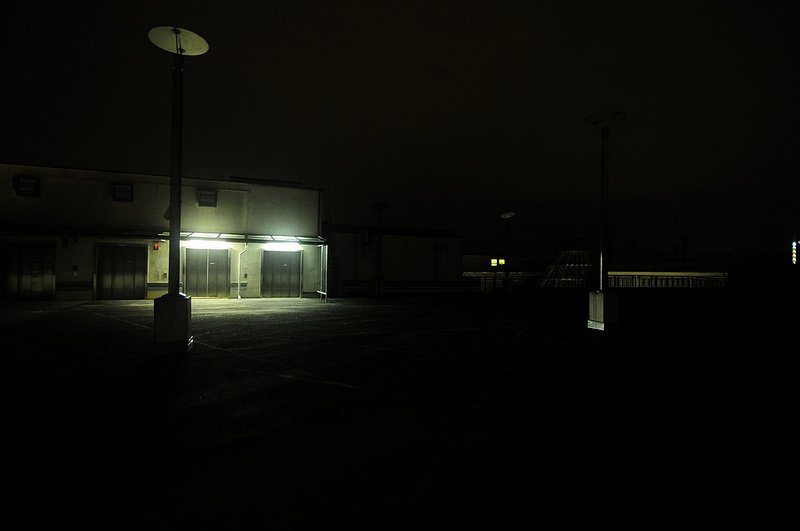 It’s surprisingly peaceful up there, and despite being on the top of a parking deck – actually rather quiet. If you’re ever in the area, or are looking for a quiet space in the evening, head up to the Parkdeck of the Neukölln Arcaden. 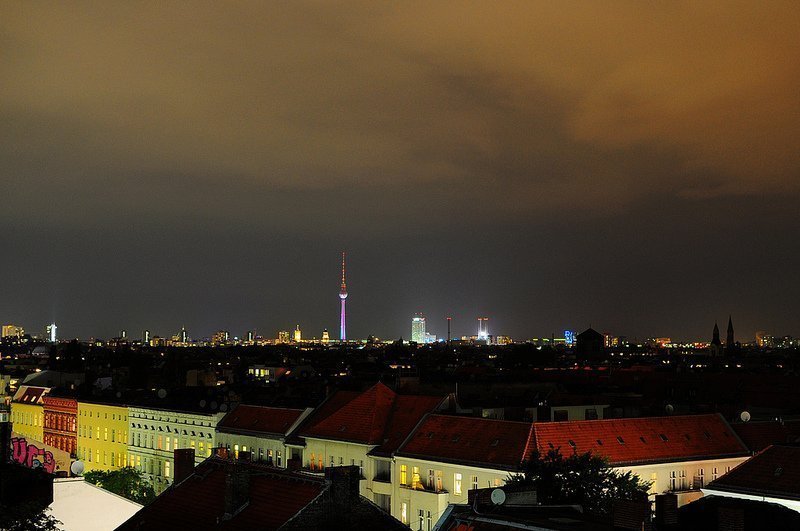 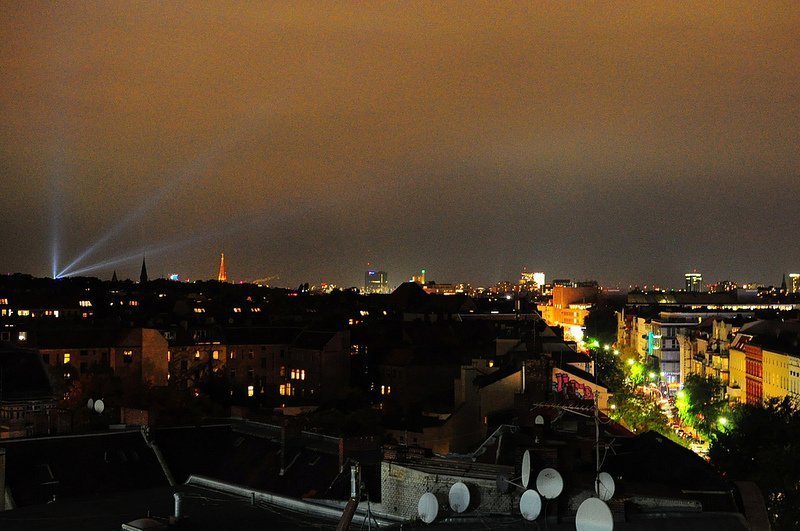